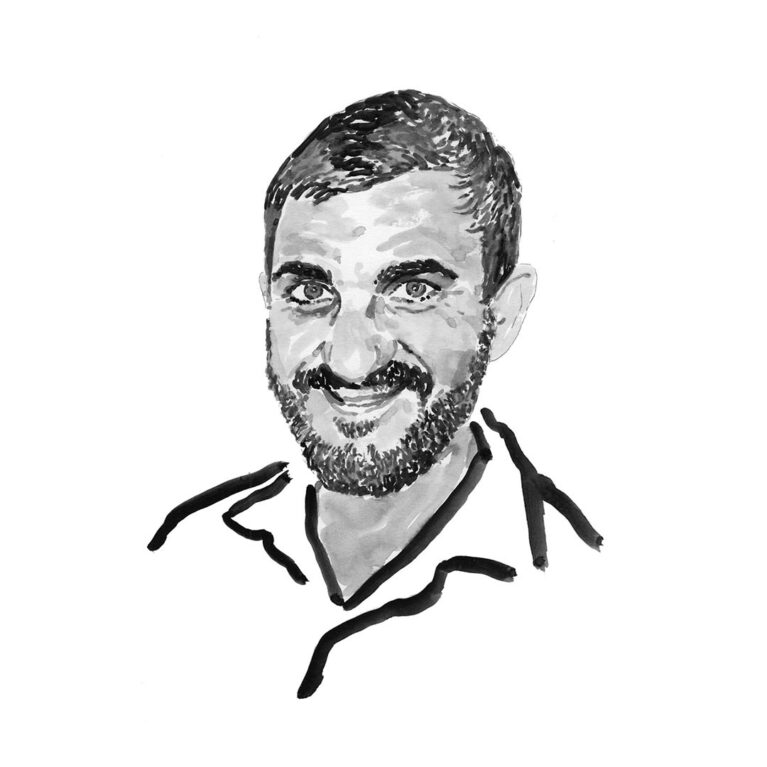 My interest in marine biology began as a child when I used to go fishing with my father. We would frequently holiday on the northern New South Wales coast in Australia and spent much of this time looking for the best fishing spots for the highly prized mulloway. Thinking about and identifying environmental factors that made good fishing spots sparked my interest in various aspects of marine biology and large predator ecology. And I became obsessed: bull sharks were easily my favourite species. I was fascinated that they could live in freshwater and marine environments! In high school, this interest was reignited through spearfishing and I made the decision that I had to pursue marine biology. When I finished high school, I took a year off, saved up my money and moved to Townsville, leaving everything behind to study at James Cook University. From there all the pieces fell into place. I began an Honours project on the life history and demography of silky sharks with Prof. Colin Simpfendorfer and Dr Andrew Chin, and was fortunate to meet the likes of Dr Cassie Rigby, Dr Jon Smart and Dr William White, all of whom inspired and mentored me along the way. Late in 2016, Will White offered me the chance to undertake a project on sawfish in Papua New Guinea. This quickly developed into a PhD supervised by Andrew, Colin, Will and Dr Peter Kyne. I went on to spend the next three years discovering undocumented populations of sawfish and river sharks and learning about the cultural value of Papua New Guinea’s small-scale fisheries by living in fishing village communities for weeks on end. Collectively, my PhD has refined my interest to areas of sustainability and conservation research, particularly in developing nations with complex social structures.

My whole career so far has been orientated around researching Papua New Guinea’s sharks and rays. And it’s going to be hard to beat! Papua New Guinea is one of the last true tropical wildernesses on the planet. This island nation has it all, from snow-capped mountains to dense, steaming hot rainforests filled with exceptional bird and mammal diversity. Underwater, northern Papua New Guinea and its archipelago islands host some of the world’s richest fish and coral diversity. My primary interest, though, is the country’s river systems. It has some of the world’s most intact riverine floodplain and delta systems, which are fuelled by rainfall that can be as high as 12 metres (472 inches) per year in the upper catchments. The best thing about Papua New Guinea, though, is its rich traditional culture which, in much of the countr, has barely been affected by Western influences. Communities are culturally diverse and highly dispersed, living largely by traditional values in many of the coastal and riverine environments. However, the remote nature of many of them has made local schools’ access to educational resources very restricted. For this reason, our present project focuses not only on the conservation of sawfish, but also on providing materials for children so that they can learn and understand the amazing environments they grow up in and the animals they share them with.

Field work in remote Papua New Guinea is as tough as it gets. There are no roads; expansive floodplains and rainforest mean that aircraft landing sites are few and far between; and there is no internet or phone service. Travel is by boat and day-to-day living goes on in the absence of electricity, sewerage systems and drinking water. And then there are the malaria-carrying mosquitoes, the sand flies and the crocodiles … and more mosquitoes. In order to traverse the vast landscape I travel light, armed with a micro-mesh hiking tent, a UV-filtered drink bottle, a fishing rod, cameras and what I need to document the shark and rays I encounter. I usually work with a local NGO and we travel from village to village, often joined by local councillors, chiefs and elders who help us negotiate the language barriers that a country with more than 700 dialects presents. At each fishing village we observe catches and fishing activity and through interview surveys we harness local knowledge about fishing, sawfish and their cultural uses and the value of sharks and rays. In this way, we can piece together the characteristics of Papua New Guinea’s small-scale fisheries and document the distribution and population status of some of the world’s most threatened sharks and rays. We are now looking to initiate the conservation of sawfish across Papua New Guinea using information we have collected during these surveys conducted from 2017 to 2019.

Michael is dedicated to the conservation of Papua New Guinea’s sawfishes, and in providing materials for children so that they understand their incredible natural inheritance. His fieldwork entails observing fishing activity at each fishing village as the team travels through remote Papua New Guinea. He wants to harness local knowledge through interviews about sawfishes and their cultural uses, fishing, and how communities value sharks and rays. The idea is to put together a picture of Papua New Guinea’s small-scale fisheries, and document the distribution and population status of some of the world’s most threatened sharks and rays.