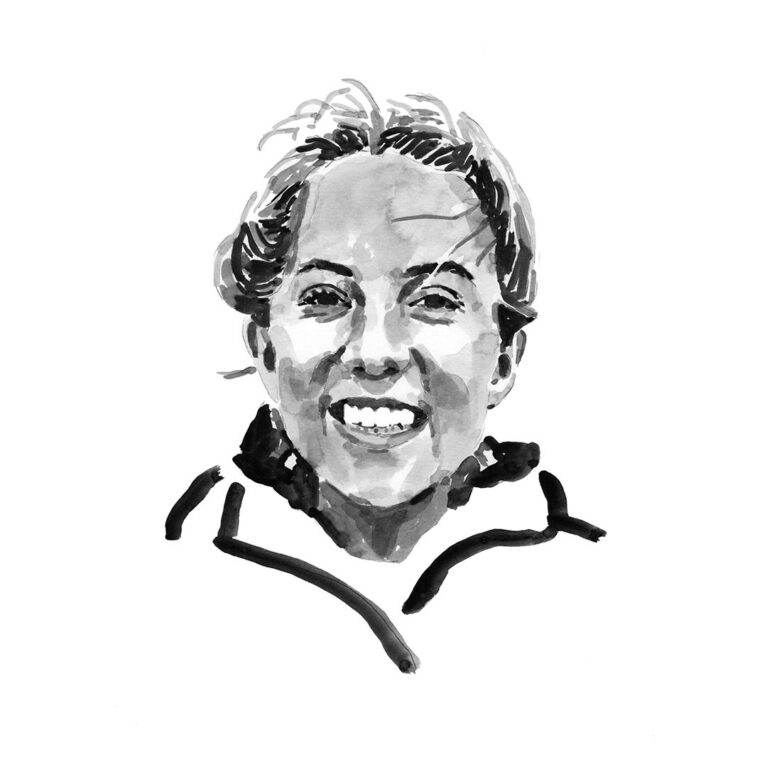 For as long as I can remember, I have felt an affinity with water. As a youngster, I spent every summer along the South Wales coast, exploring rock pools and swimming as much as I could. For the rest of the year, I would fill up on nature documentaries, longing to get back into the water the following summer. I was determined to turn my summer experience into my every day, instead of once a year. To do that, I moved to South Wales and started my BSc (Hons) in zoology at Cardiff University. Despite living relatively near the coast, I still felt far too far from the ocean and moved to The Bahamas for a year so that I could go out on the water every day and call it ‘work’. I undertook a placement year with the Bimini Biological Field Station, also known as Shark Lab. This was the biggest eye-opener for me in terms of discovering what research actually involves and experiencing a new part of the world and all the incredible species that come with it. Since my first day in Bimini, sharks (well, all elasmobranchs) became my favourite group of animals. On my return to university, I delved into a molecular project, studying the diet of European storm petrels using DNA meta-barcoding. This really sparked my interest in molecular work and I aspired to be able to combine my newly learnt lab techniques with my passion for sharks. This became reality when I started my MRes in marine biology, where I developed an environmental DNA monitoring tool for angelsharks in collaboration with the Angel Shark Project: Canary Islands. This in turn inspired me to take my molecular research further by delving into population genetics – and that is where you find me now, in my second year of studying for my PhD.

Like most researchers, I spend much of my time sitting in front of my computer, writing, reading and looking at genetic sequences. As much as this is where the interesting information comes to light, I still enjoy changing up my days by working in the lab or heading into the field. I am based at the University of Aberdeen in the north-east of Scotland. My lab is particularly lovely, as it comes with its own sea view! I spend a lot of time here, extracting and amplifying DNA. The best days, however, are when I am out on a boat among the Inner Hebrides off the west coast of Scotland on a beautiful sunny day with glass-calm water – yes, this does happen in Scotland! I work with recreational anglers who are fishing for spurdog (also known as spiny dogfish) for catch and release, joining them on their trips to take small genetic samples from the spurdog they catch. These samples help to build a bigger picture of the spurdog’s genetic profiles in the United Kingdom.

The spurdog is a small species of shark found in the British Isles and in other temperate regions of the globe. It was commercially important in the 20th century, but has since experienced severe population declines. Since 2010, commercial fisheries are no longer allowed to target spurdog, but large numbers of them are still taken as by-catch. As part of my PhD, I hope to learn more about the species so that we can better understand how it is impacted by this. Spurdog aggregate in large groups, which means that when some are caught, many are often caught, perhaps even almost the whole aggregation. Previous work has suggested that these aggregations contain related individuals. We aim to find out the level of relatedness within a single aggregation that was accidentally caught off the Isles of Scilly. We can do this in a very similar way to a paternity test or a DNA test kit. Using these methods, we also aim to investigate the genetic connectivity of spurdog across the British Isles, which will show us to what extent different groups of spurdog are connected in this region. As part of my wider research, we are using stable isotope analyses, a chemistry-based approach, to find out the movements and diet of the spurdog within the aggregation.

Fenella is studying Scotland’s spurdogs, a small shark found across the British Isles and in temperate regions around the world. While commercial targeting of spurdogs has been banned after major population declines, whole aggregations can be caught as bycatch. Fenella’s team is asking how related a population might be, if it’s caught in a single aggregation event off the Isles of Scilly. Her project’s work can look at relatedness of spurdogs across the British Isles, and also provide insights into the diet and movement of spurdogs within aggregations.