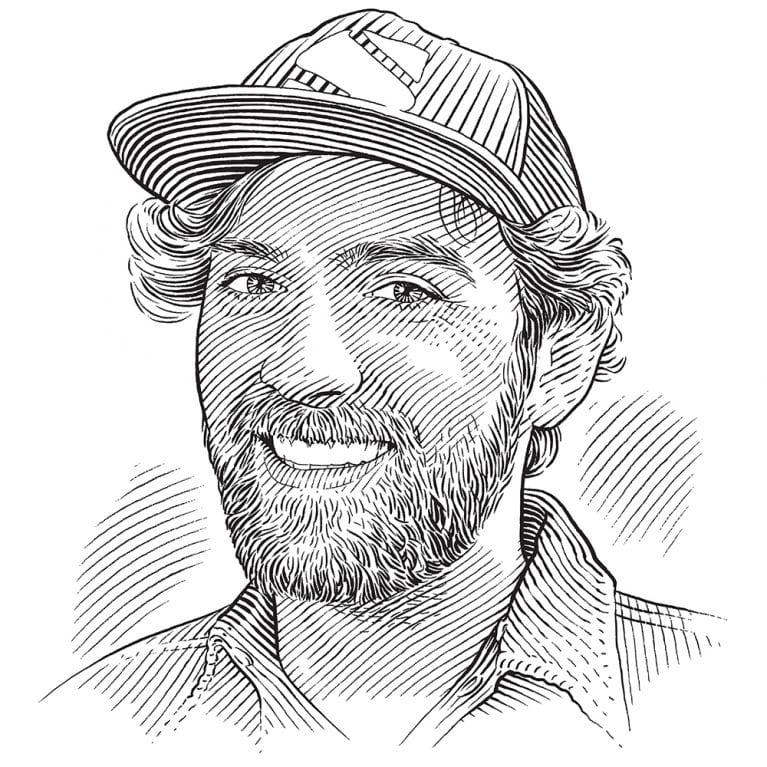 My interest in ocean life began in the tidal pools of my youth. Instead of watching cartoons, I was listening to David Attenborough talk about the mysteries of the deep. To find out for myself what was out there, I earned my scuba diving certification and in due course volunteered as a diver for the Oregon Coast Aquarium, where I was able to dive with several shark species. After attending the American Elasmobranch Society Conference in 2013, I moved to Hawai’i to pursue my dreams of shark research. I had no job, nowhere to live and no guarantee but an unpaid internship in the Shark Research Team under Dr Kim Holland at the Hawai’i Institute of Marine Biology (HIMB). This eventually led to my acceptance into graduate school under Dr Brian Bowen and a collaboration with one of Dr Holland’s former students, Melanie Hutchinson. My success in these endeavours was due to unwavering determination in pursuing my dream career in marine conservation research. I continue to demonstrate this commitment in the final steps of my dissertation.

My work is global in scope, a collaboration to resolve species-wide genomic diversity in silky sharks. This species lives in open blue water and in the evening dives repeatedly to greater depths. Samples were collected from every ocean basin the silky shark inhabits, from the Red Sea to the Eastern Pacific and the four corners of the Atlantic.

My molecular work is conducted at the HIMB in Kaneohe Bay, which forms part of the University of Hawai’i. This is such a unique place to work because it is located on a small island in a beautiful bay and is one of the few facilities in the world where you can walk out of the lab door to the edge of the reef and conduct your field work or collect samples (if you study coral reefs, that is). These samples can be prepared and the DNA sequenced, all within 100 feet (30 metres) of the reef’s edge. HIMB is dedicated to outreach and education, producing educational videos (see voiceofthesea.org), workshops for managers, press releases, public seminars, publications and other media to communicate findings at all levels of marine conservation.

The silky shark is the second most harvested shark species on the planet and one of the most abundant in the shark finning industry, even though it is listed as Vulnerable by the IUCN Red List. As a result, its numbers have dropped by more than 85% in the past 20 years. Because shark finning is mostly illegal and unreported, we don’t know which ocean basins are being fished. My first goal was to establish the global genetic stock structure of the silky shark, which is critical for any successful wildlife management. This involved a lot of lab work followed by a heavy dose of bioinformatics. The results show that there are several isolated populations of silky sharks around the globe, which means that the DNA of individual silky sharks differ, depending on where they are from. With that global genetic baseline intact, I am now starting work on the second objective, which is to use DNA fingerprinting to trace silky shark fin products back to their region of origin.

Thanks to our collaborator Demian Chapman at Florida International University, we have more than 1,000 shark fin product samples from Hong Kong and Guangzhou. Soon I will be examining the DNA from these shark fins to identify which oceanographic region they came from. The results could identify harvest hotspots, which is the first step towards controlling this devastating fishery and will give us insight into where this illegal and unreported shark finning is occurring.