Who you are, what you eat, and where you swim, matter. At least, that’s the message when it comes to different shark species, and how vulnerable they are to contaminants throughout their lifetime. No risk assessments, or management plans, currently factor in the magnitude of pollutants accumulating in different shark species. Understanding which sharks are most susceptible, and how this might change throughout their lifespan, is vital information for the health and conservation of sharks – and for the human beings that rely on them. 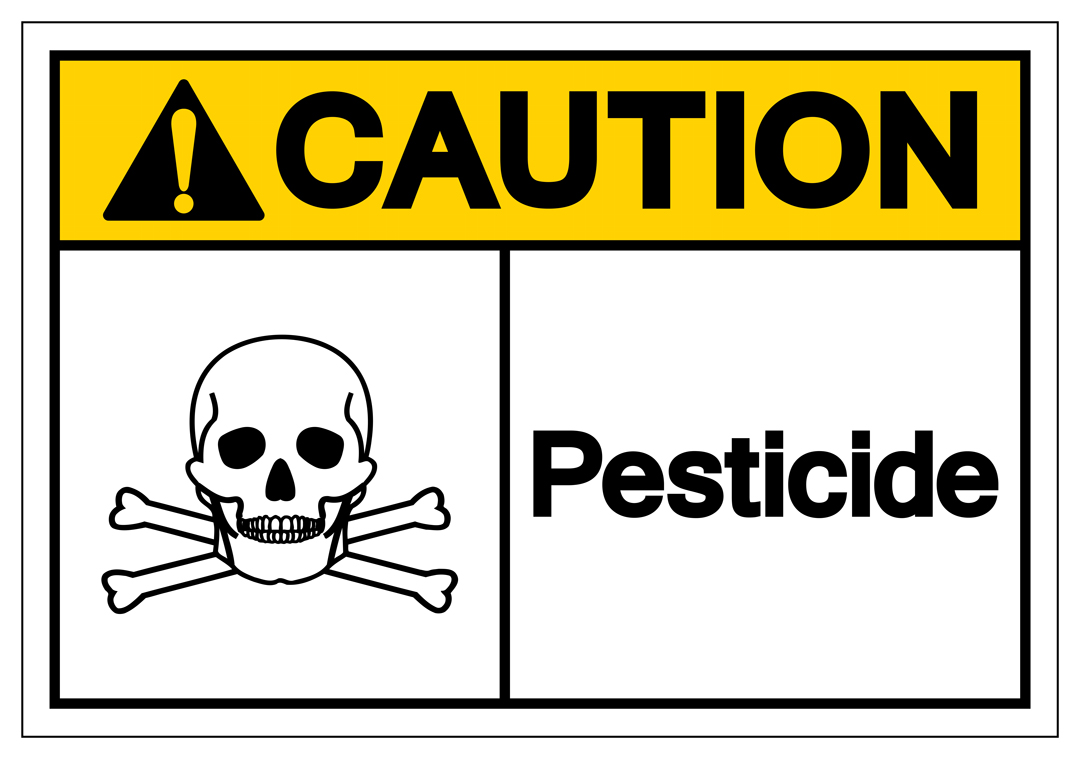 We know organochlorine contaminants (OCs) as toxic pesticides that were widely used in agriculture and industry. The most infamous is DDT.  Rachel Carson sounded the alarm about these pesticides way back in 1962, in her seminal environmental work The Silent Spring. While the production of OCs was stopped decades ago, their legacy lingers. Since sharks often live long and are predators high up on the food chain, they tend to accumulate high concentrations of OCs in their tissues. 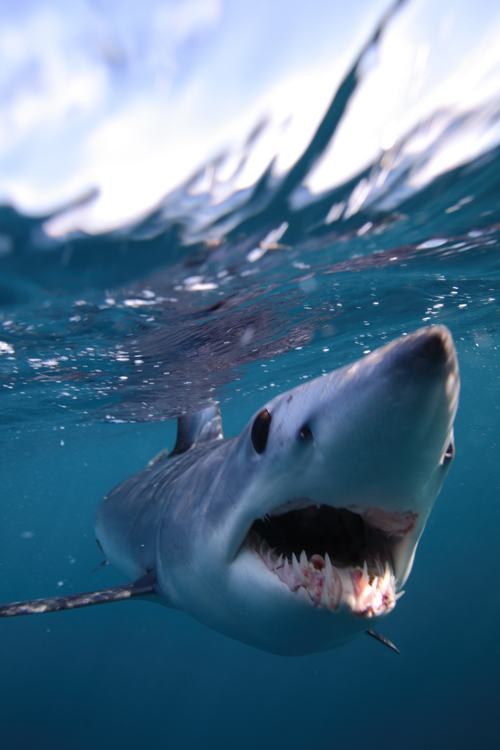 The trouble is, we don’t know much about what factors influence the accumulation of OCs in sharks. Kady Lyons from the Georgia Aquarium and her co-authors (Dovi Kacev, Antonella Preti, David Gillett, Heidi Dewar and Suzanne Kohin) wanted to understand if shark species differed in their lifetime accumulation patterns of OCs. Could we use a “one-size-fits-all” approach to predict these patterns, or should we be looking at species-specific nuances? 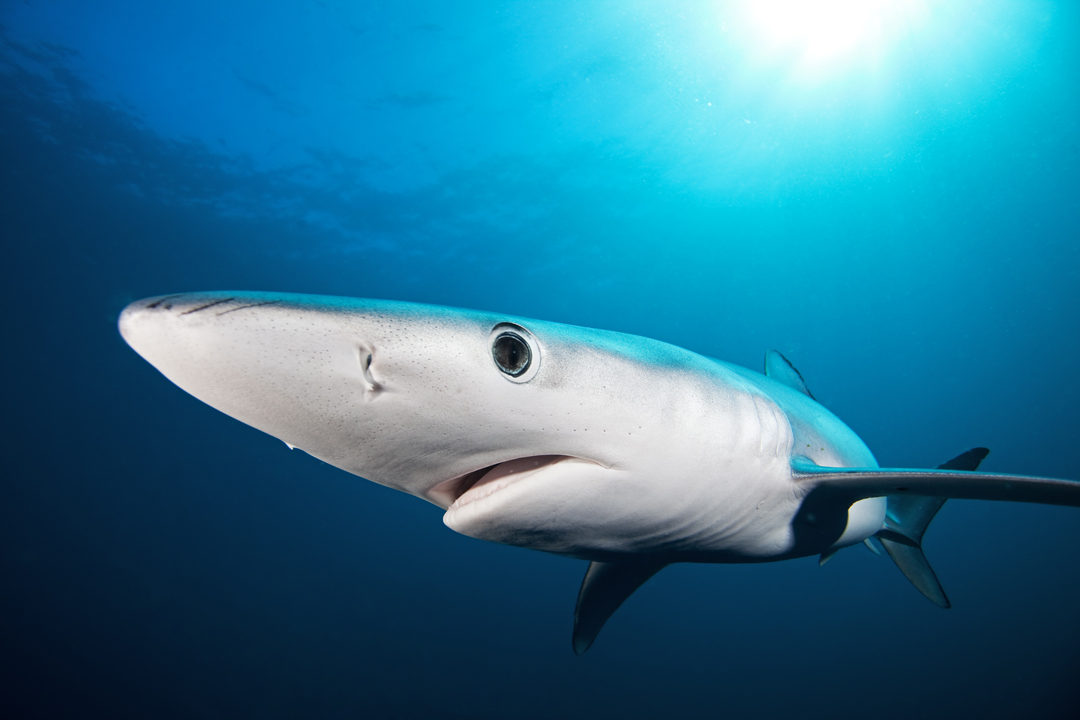 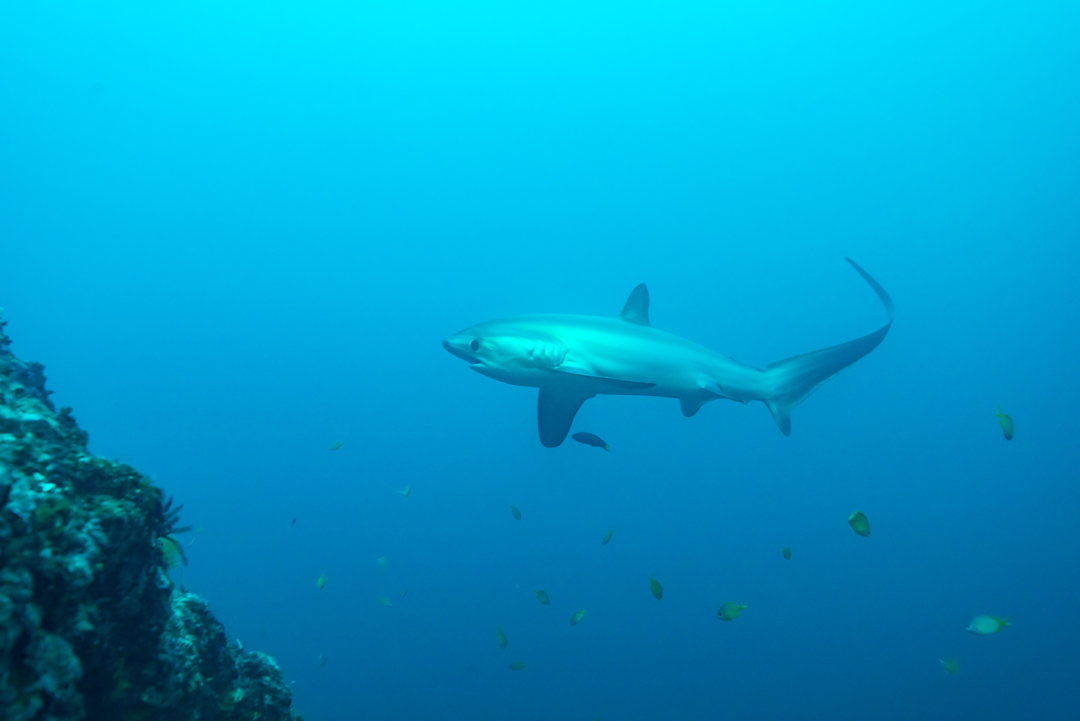 The team published their findings in the journal Environmental Science and Technology. They looked at three species: blue (Prionace glauca), common thresher (Alopias vulpinus) and shortfin mako (Isurus oxyrinchus) sharks across a range of size classes. They showed that specific life history characteristics seem to promote the accumulation of OCs in some sharks, but not others. Mako sharks have the highest potential to accumulate OCs, and blue sharks the lowest. Thresher sharks are somewhere in the middle.  “If contaminant concentrations are to be used as a proxy for risk”, the authors of the study write, then “species-specific characteristics need to be taken into account when estimating contaminant exposure and its potential negative effects on shark health and human consumption safety”. 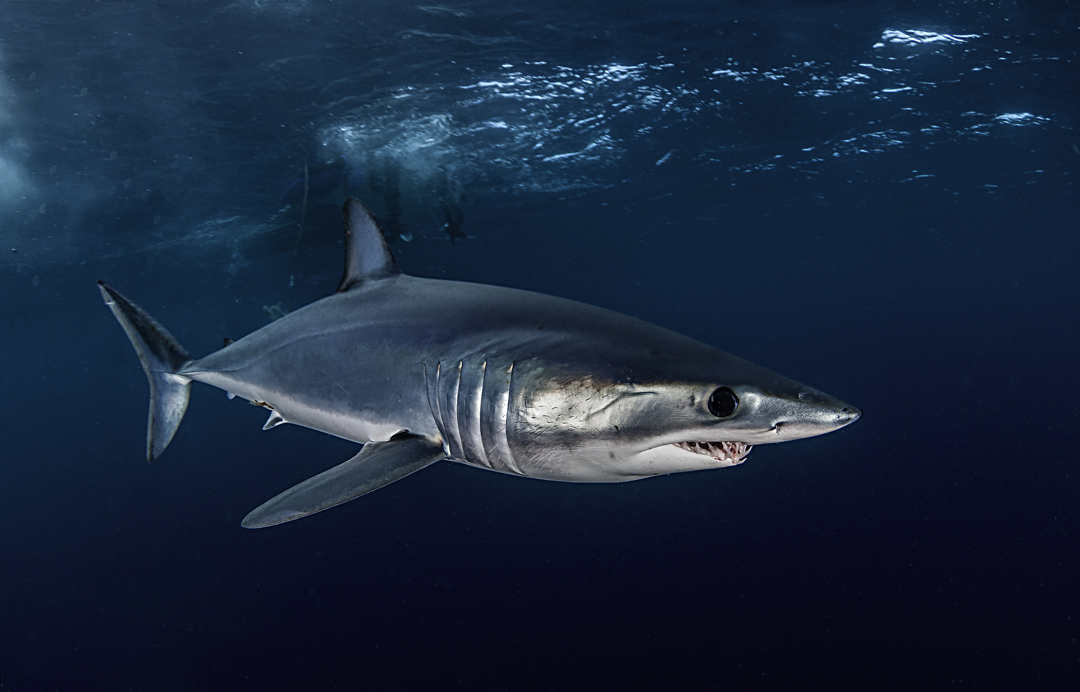 The ecological and physical differences between sharks

Blue sharks range widely across the Pacific Ocean and hunt prey in the deep scattering layer. This term is given to a living layer of the ocean that was first thought to be a “false seafloor”, that actually comprises schools of fish, rising to the sea surface at night and sinking near the ocean floor during the day. Common thresher sharks live nearer the coastline, and hunt epipelagic fish – those shoals that live near the sea surface, and down to 200 m, in the “sunlit zone” of the ocean. Of the three, the shortfin mako shark sits somewhere in-between with regards to its diet and distribution, but it has the highest metabolic rate and larger sharks of this species hunt marine mammals.

Got It From Your Mama

The smallest sharks that Kady and her team measured showed different contaminant loads. Makos had higher contaminant loads than threshers, and both species had higher contaminant loads than blue sharks. Blue, thresher and mako sharks are all viviparous: they give birth to live pups. Female sharks can pass contaminants to their developing embryos through the yolk they depend on to grow in-utero. The three shark species have different reproductive physiologies; that is, they transfer all the nutrients to their growing babies in different ways. Blue sharks, for instance, nourish their embryos through the placenta. Thresher and mako sharks, however, employ oophagy, ovulating unfertilized eggs that are consumed by the developing embryos. This means that female sharks i) have different pathways to transfer nutrients to their growing young and ii) can dedicate different amounts of resources to their embryos. Of course, it’s not just nutrients these mothers-to-be are passing along: the three species differ both in terms of how they transfer contaminants to their young, and the total amount of pollutants they transfer. Lyons and her team note that we need to look at both the ecology (where mom sits in the food chain, and what she eats) and physiology (mom’s metabolic rate, and how she transfers nutrients to her embryos) of sharks. When it comes to an understanding of what’s clocking up in the growing bodies of baby sharks across different species, there’s no “one-size-fits-all” explanation. 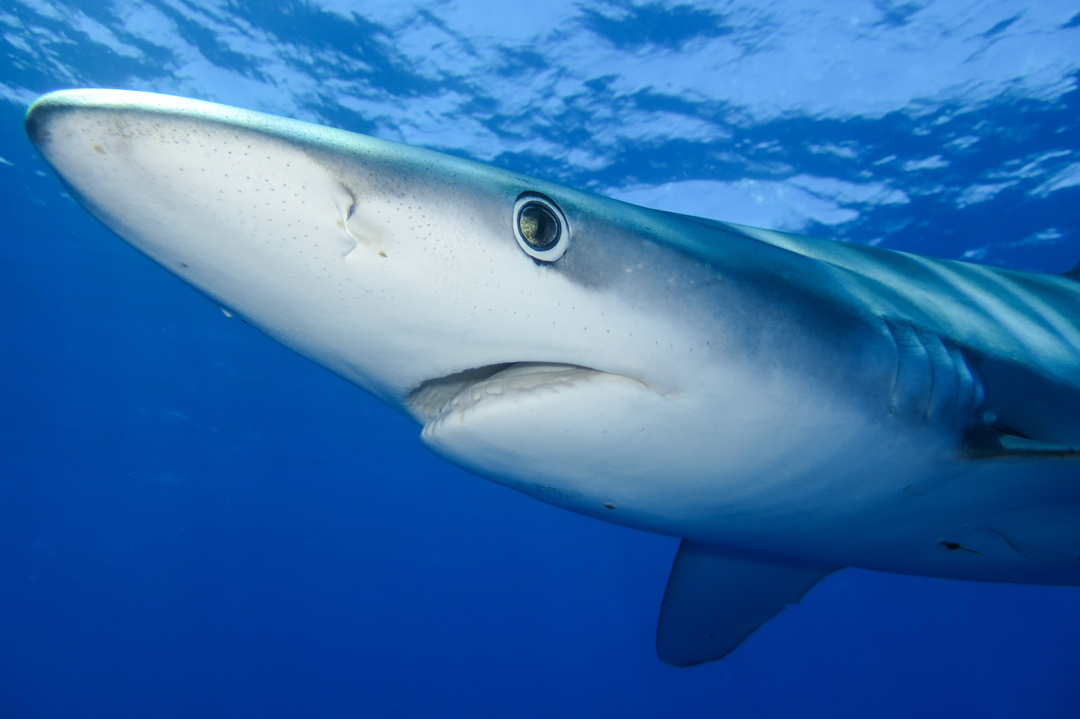 More Than Once In A Lifetime

We know that sharks often change their habitat and their diet as they grow, and the scientists predicted that these changes would influence the risk and accumulation of contaminants in different shark species. Kady and her co-authors had predicted that some sharks would show lower concentrations of OCs in their tissues as they grow. They call this “growth dilution” – the sharks grow faster than their uptake of OCs. This seemed to be the case with threshers and makos, but not blue sharks. Other, larger sharks might show “accretion”; that is, they grow slower than their uptake of OCs. It’s tricky to untangle what might affect this, but the scientists suggest a few possibilities. As sharks move from their nurseries to their adult habitats offshore, they move further from our effects on the environment on land that run off into the ocean (fertilizers and pesticides). Some sharks stay offshore longer than others, and some change trophic level when they shift to their adult diet. Their physiology also changes as they grow: their metabolism, growth rate, feeding rate and reproductive maturation all play a role in their changing risk of exposure to and uptake of contaminants throughout their life.

What does this all mean?

The authors sum this all up in their study implications as: “Certain combinations of specific life history characteristics appear to promote positive contaminant accumulation in some species of predatory pelagic sharks but not others”. It’s certainly not “one-size-fits-all” when it comes to considering this risk, and our thinking should factor this in accordingly.