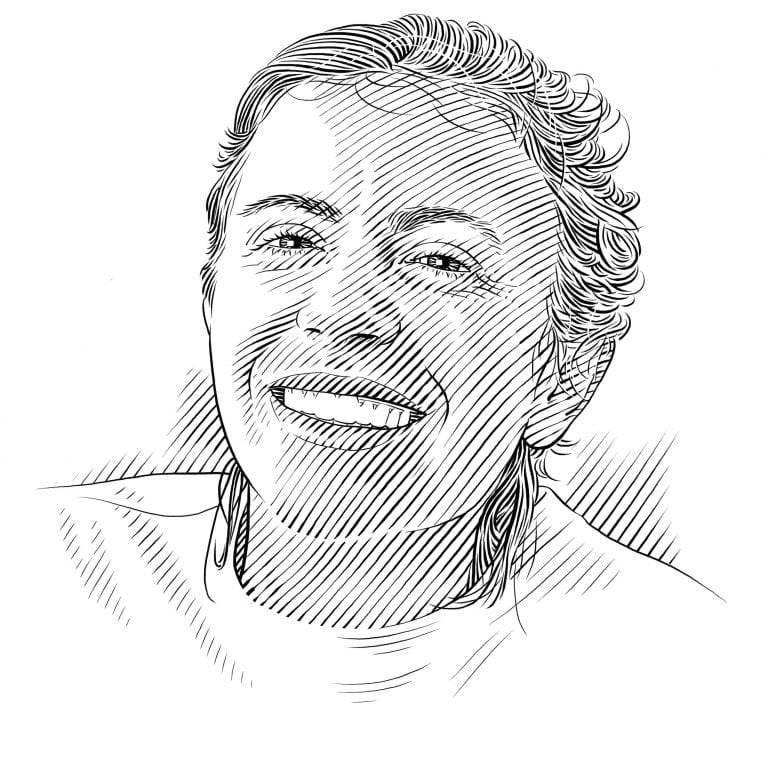 It sounds like a cliché, but ever since I was little kid I have been fascinated by the ocean. My parents played a big role in supporting my interest from a young age by enrolling me in after-school marine programmes and taking me on many a trip to the beach. As a young adult, I became fascinated by the research on shark behaviour carried out by Dr Eugenie Clark, a maverick for her time as a woman in shark science. Many years later, my work as a young professional in shark research would earn me the honour of being the inaugural winner of the Eugenie Clark Award, presented by the American Elasmobranch Society and supported by the Save Our Seas Foundation.
My research interests have run the gamut from ecology to physiology, making me a de facto jack of all trades. While studying for my Master’s, I participated in studies of elasmobranch and teleost movement ecology, although my thesis focused on understanding patterns of maternal offloading of man-made chemicals. As with any good project, I found more questions than answers. This led me to pursue a PhD in fish physiology, where I could start to uncover the sublethal effects these contaminants have on embryos and their mothers. With this range of experience, I find myself most comfortable in the realm of physiological ecology, which studies how the internal biology of species enables them to interact effectively with their environment.

I am the most recent hire in the Research and Conservation Department at the Georgia Aquarium. As a research scientist, my job entails supporting and developing ongoing projects that contribute to species’ conservation by learning how animals interact with human-related factors or understanding how aspects of a species’ biology can contribute to better management of its populations. As a relative newcomer to Georgia, I have been amazed and impressed by the state’s relatively pristine coastline. Coming from California, where salt marshes have been decimated by urban development, it is a breath of fresh air to work in areas where these important ecosystems still function naturally. That is not to say that there is no human impact along the Georgia coastline, as major seaports have significant concentrations of contaminated sediment. Nevertheless, there are large swathes of preserved shoreline that create an interesting study system in Georgia and afford scientists the opportunity to study ecosystems across the human-influence spectrum over short distances.

Microbiology, as it relates to constituents of our intestinal environment, has garnered increased interest in the public realm. The more we learn about the potentially important role our individual microbial communities play in supporting our own health, the more we realise how interconnected our lives are with these invisible organisms. Elasmobranchs may experience similar challenges of balancing the health of their microbial communities within the context of the environment in which they live. However, this is an emerging field of research and we don’t fully understand what a healthy ‘baseline’ microbiome looks like for many elasmobranchs. Furthermore, this may be complicated for animals that live in environments that are heavily impacted by human activity, such as being exposed to contaminants. This project aims to correlate changes in the microbiome with contaminant exposure by sampling stingrays along the coastline of Georgia from pristine to impacted systems. Since rays are often in more intimate contact with sediment than sharks are, their external microbiome communities on mucous membranes may be at greater risk of direct exposure to contaminants. We hope to begin to uncover how microbiome communities may be influenced by such exposure and the potential role that has for evaluating species’ health.

Project
Stingrays, Pollution and… their Microbiome?

Kady wants to know how the bacteria and viruses – the microbiome communities – that live in the bodies of all animals may be influenced by pollution and what role that might play in evaluating the health of stingrays (and other sharks and rays) that often swim in contaminated waters. She is looking at the change in the microbiome community in stingrays across both polluted and unpolluted reaches of Georgia’s coastline in the USA.