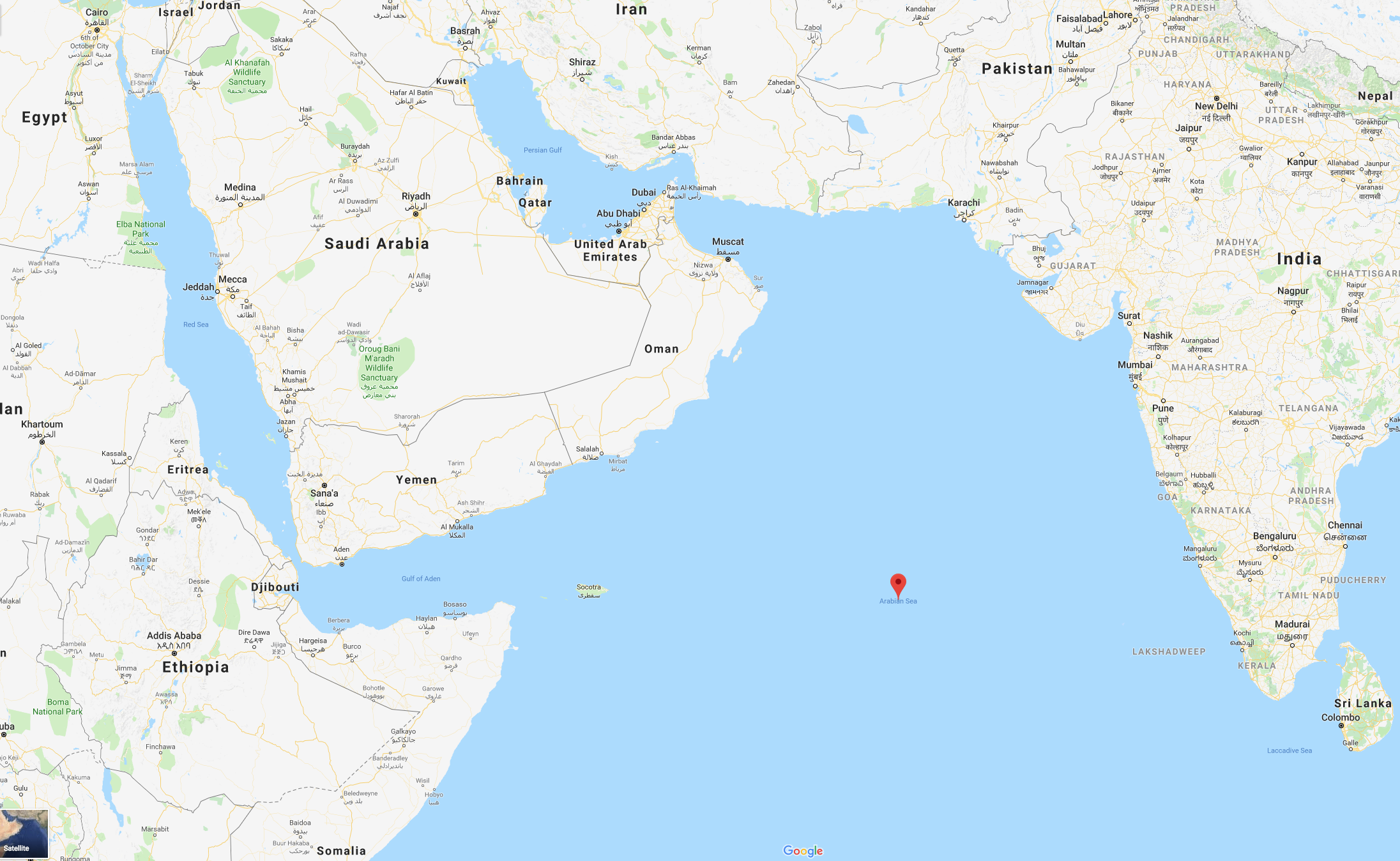 A worrying 51% of shark, ray and chimaera species in the Arabian Sea and its adjacent waters (Red Sea, Arabian/Persian Gulf) are threatened with a high risk of extinction, says a new study published last week by SOSF project leader Rima Jabado and her co-authors. The open-access paper: “Troubled waters: Threats and extinction risk of the sharks, rays and chimaeras of the Arabian Sea and adjacent waters” marks the first comprehensive assessment of the conservation status of chondrichthyans in the North West Indian Ocean. 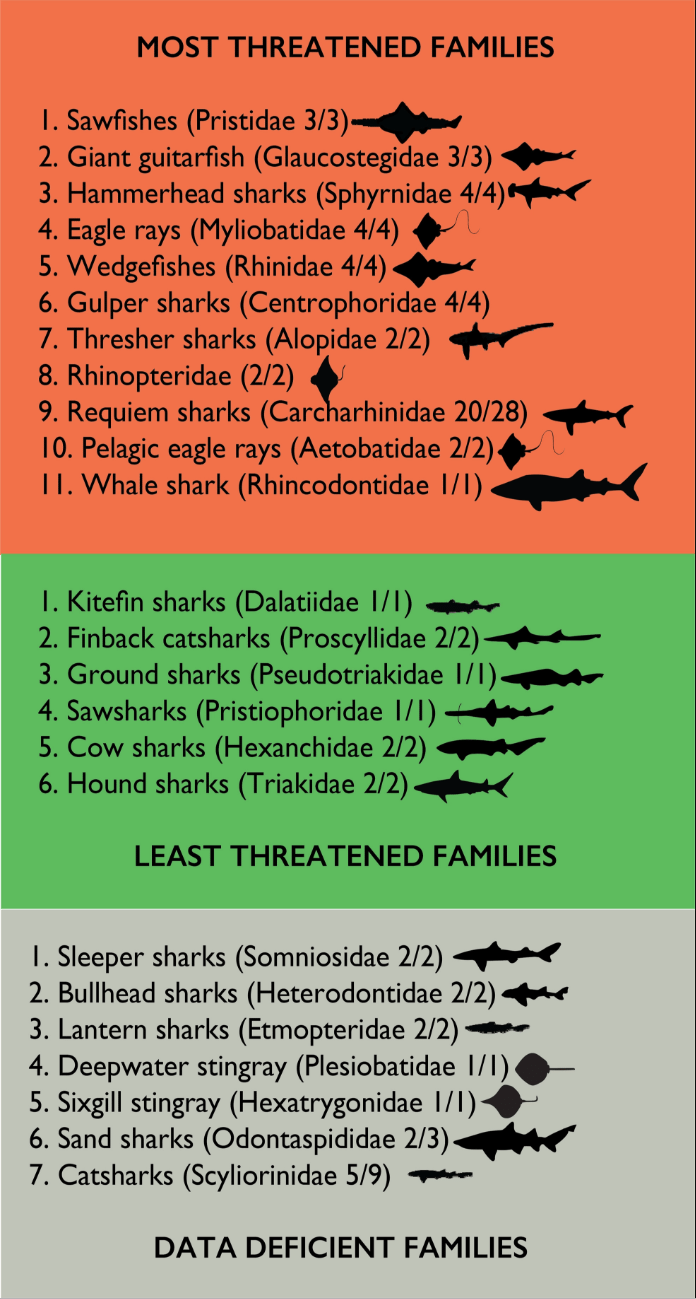 The paper highlights that the most threatened families of sharks and rays in the region include sawfish, wedgefish, guitarfish, hammerhead sharks and eagle rays.

The region is hugely important: it’s home to 15% of all described chondrichthyans, with 30 species that are endemic to the North West Indian Ocean (found nowhere else in the world). In spite of this, relatively little was known about how species were faring in these actively fished waters. Rima and her colleagues used the IUCN Red List of Threatened Species Categories and Criteria to assess the extinction risk for 153 chondrichthyans. We’ve highlighted a few of Jabado et al.’s key findings from the paper, published in the journal Fish and Fisheries: 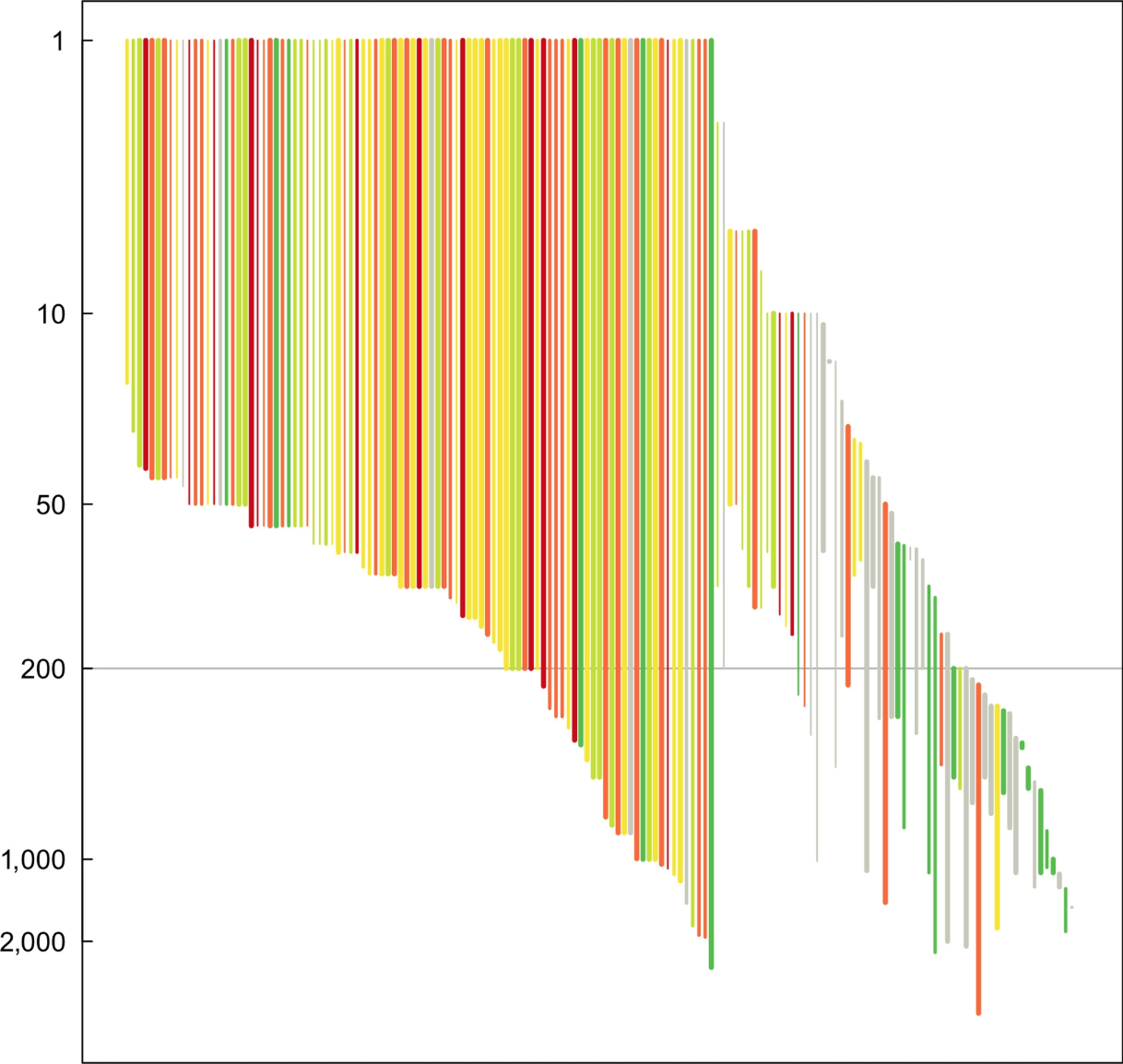 The majority of sharks and rays assessed as Least Concern (green = healthy) mostly occur in deepwater (<200m depth) outside the range of the current fishing footprint.

What are the numbers?

Which species do we need to worry about most?

Why are sharks in such troubled waters here? 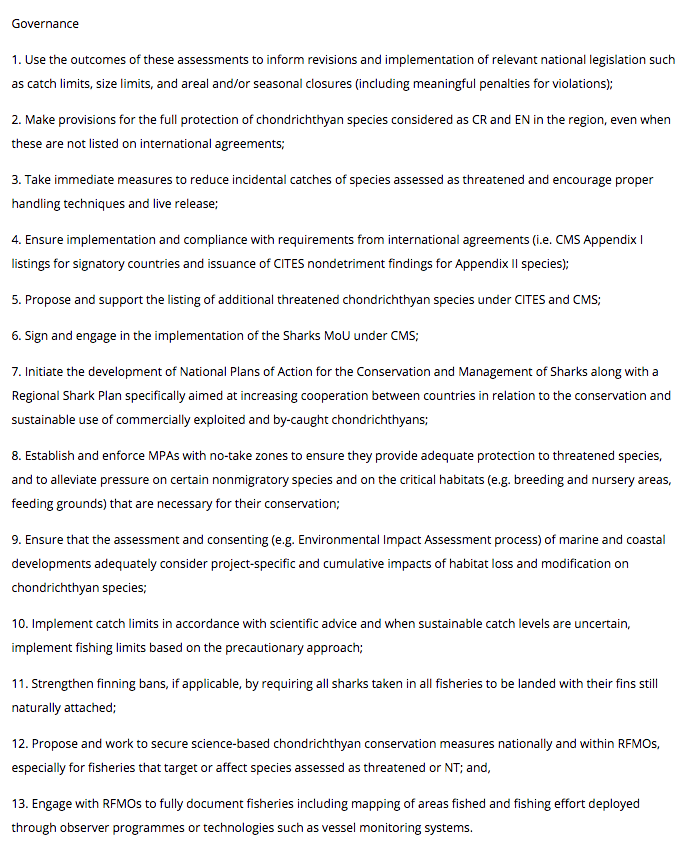 Authors of the paper have provided a number of recommendations for the conservation of sharks and rays in the region. 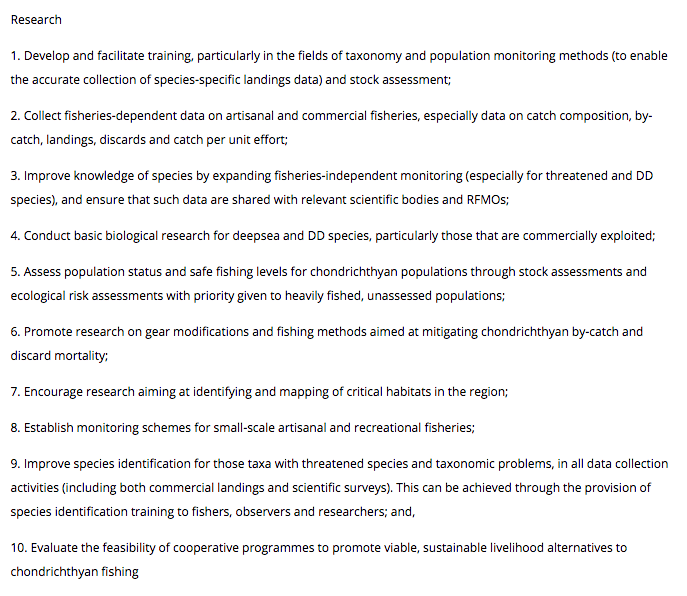 Authors of the paper have provided a number of recommendations for the conservation of sharks and rays in the region.

Rima Jabado has summarized her key findings on her Twitter account here.
The publication can be read here.
Citation: Jabado RW et al. 2018. Troubled waters: threats and extinction risk of the sharks, rays and chimaeras of the Arabian Sea and adjacent waters. Fish and Fisheries 19 (4): 1-20, DOI: 10.1111/faf.12311.