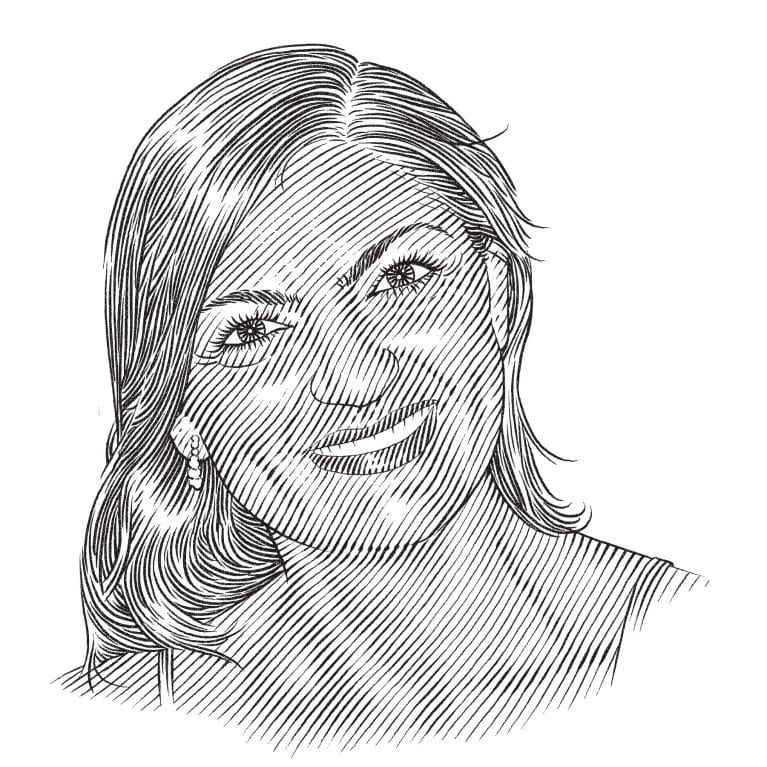 My earliest and happiest childhood memories are of being on the beach in Greece, where I grew up. I remember being fascinated by all things marine and very quickly became obsessed with sharks. It must have been a combination of watching the Jaws film series and often seeing sharks sold in supermarkets. But all I knew was that I wanted to learn everything about them and bought every book I could find. More than 30 years later, I am probably even more in awe of them and realise how much more we need to learn about them.

I started my path in this field by volunteering for several projects around the world, including a study focusing on great white sharks in Gansbaai, South Africa, and one on lemon sharks in Bimini, The Bahamas. Somehow this passion for sharks and rays eventually led to a PhD investigating shark fisheries in the United Arab Emirates (UAE). It has been a long and interesting journey and my work has enabled me to travel the world for research or to attend and contribute to scientific as well as management and conservation meetings. My connection with the ocean and its creatures keeps growing stronger and I hope that in the long term my work will have led to an improvement in the status and conservation of sharks and rays.

I came to the UAE on vacation and have now been here for almost 10 years! I am based in Dubai but spend a lot of time travelling in the Arabian Seas region, which includes the Arabian Gulf, Arabian Sea and Red Sea. This area is known mostly for its vast desert landscapes, oil industry and mega-construction projects, but its marine biodiversity is spectacular and remains understudied. When I first moved to Dubai there was very little information about sharks and rays, although the region was known as a hub for the trade in shark fins to Hong Kong (particularly from the UAE and Yemen). Also, the neighbouring countries of India, Pakistan and Iran were considered some of the top shark-catching nations in the world. The more I read about the region and its fisheries, the more I realised that research was needed to understand what was really happening, the magnitude of the shark fisheries and their potential impact on shark and ray populations in this region.

Over the past decade, the core of my work has focused on trying to understand fisheries in the Arabian Seas region. My PhD research on shark populations along the UAE coast of the Arabian Gulf was the first long-term research project to be completed on sharks and rays in the region and led to the development of the Gulf Elasmo Project. My initial goal was to understand the nature of the interactions between fishers and these species. I wanted to know how many sharks and rays were being captured in the artisanal fisheries, their sizes, sex ratios, distribution and the types of gear they are most susceptible to, as well as the socio-economic aspects of the trade in marine products. I worked closely with local fisher communities and interviewed them to understand the characteristics of this fishery. I also visited landing sites and fish markets, trying to collect information about species diversity, and I measured, sexed and collected genetic samples from as many specimens as I could. Although I still visit these landing sites to collect as much fisheries-dependent data as possible, I now also work closely with governments and NGOs in the region to raise awareness of the status of sharks and rays. I have been involved in many training and capacity-building initiatives to improve the collection of fisheries data, develop tools for data collection and the identification of species, and support policy development while pushing for the conservation and management of species. Through my growing network of collaborators in the region and my role as the representative for Asia on the Advisory Committee for the Sharks MOU under the Convention on Migratory Species, I hope that I can better understand the status of sharks and rays in the region and push for change in the management of them and the implementation of meaningful measures for their protection and conservation.

The latest project I have been involved in, funded by the Save Our Seas Foundation, was to undertake a regional Red List Assessment of sharks and rays in the Arabian Seas region. The workshop associated with this assessment was held in Abu Dhabi from 5 to 9 February 2017 and was hosted by the Environment Agency Abu Dhabi in collaboration with the IUCN Shark Specialist Group. Its main aims were to gain a better understanding of the status of sharks and rays and to develop a baseline by which governments can measure the change in Red List status of species in response to improvements in management. One of the outcomes from the workshop is a final report that will be ready in June 2017. We hope that it will be the first step in the development of regional research and management priorities, and that it will support the implementation of effective conservation strategies for those species that are most threatened.