Investigating the make up of a shark fin market

A new genetics study published in Nature by Diego Cardeñosa has highlighted that endangered shark species continue to make up a major portion of the international trade for their fins. For the first time, the species found in the Guangzhou fin market (the largest fin market in mainland China and second-largest in the world) have been assessed and compared to the neighbouring Hong Kong market.

The study set out to find what species passed through the market and give context to the global trade through this important hub. Using a technique that essentially uses DNA like a barcode and can quickly ID species with 86% accuracy, 43 species were identified from 2000 samples. Most of these in fact came from only 13 species, five of which are listed on the Convention on International Trade in Endangered Species (CITES). This highlights the need for stronger law-enforcement protocols, surveillance techniques and capacity building.

‘What we see in the markets and what is reported (legally imported) do not match, meaning there are still volumes of illegal fins coming in.’
says, Cardeñosa.

Almost half (41.8%) of all the samples were from species listed by the IUCN as Threatened. This is particularly worrying given that more than a third of sharks traded exhibit a high extinction risk. The most common species traded in the market were silky, scalloped hammerhead, smooth hammerhead, shortfin mako and threshers taking the top spots after blue sharks. 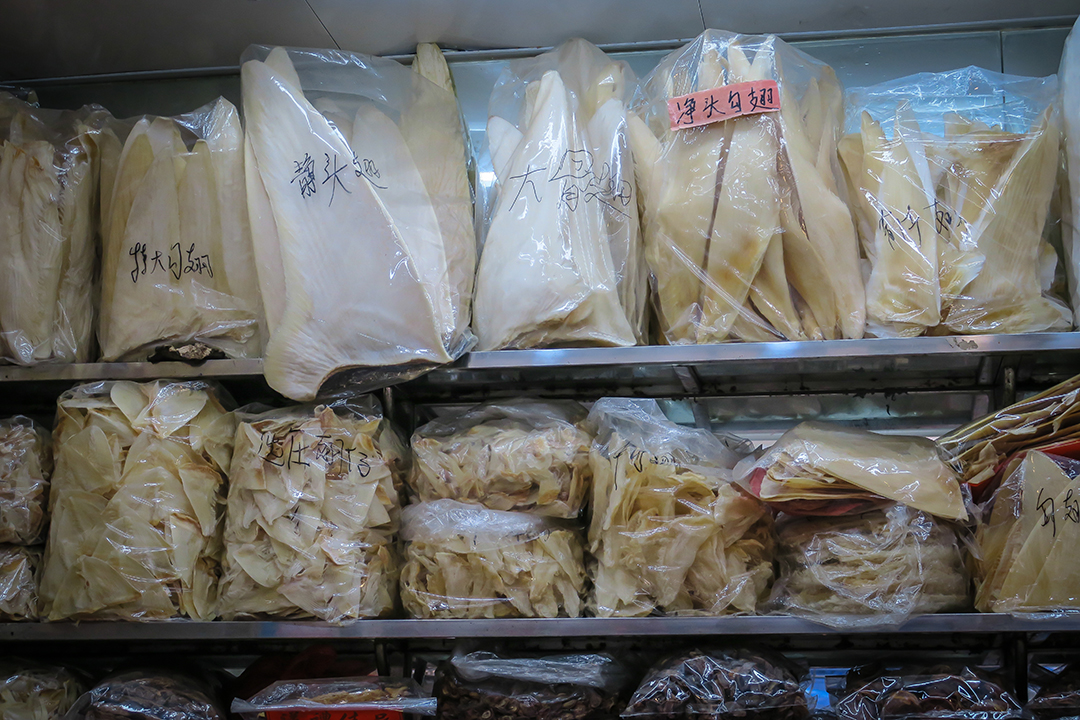 The composition of the Hong Kong market was relatively similar, with one distinct difference; the shortfin mako had a significantly higher relative abundance in mainland China than in Hong Kong. ‘This was a surprise, most likely a consequence of the direct input of fins coming from their own high seas longline fleet,’ says Cardeñosa.

He goes on to say, ‘the big question now is ‘”where do these fins come from?” Our next steps comprise tracking those fins to a population of origin to identify major supply chain starting points.’ 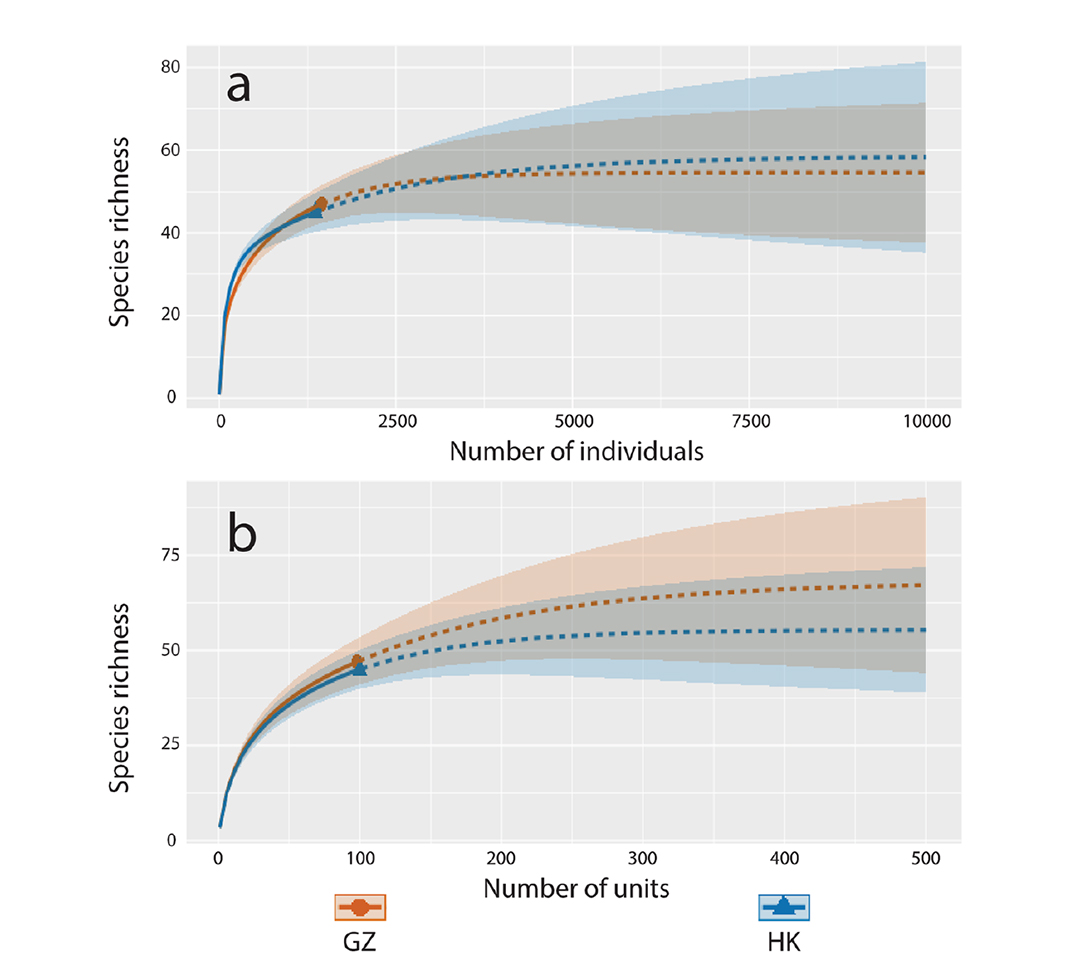 The paper suggests that systematic studies of other fin trade hubs within Mainland China, Vietnam, Singapore, Japan, Thailand, Taiwan, and Malaysia, are needed to gain a clearer understanding of the species-specific dynamics of the international shark fin trade.

Dr Cardeñosa described publishing this paper as the hardest yet, no doubt due to the massive effort by everyone involved.

‘The take-home message is that we are finally understanding the species composition of the largest shark fin markets in the world. This information is crucial because it allows us to assess the level of compliance with international regulations and it is showing us that many of the species that we are seeing in the markets (around a third) are species that are threatened with extinction. These results can trigger conservation actions in many places around the world, help us prioritize conservation efforts, and assess changes in species composition in the future.’ 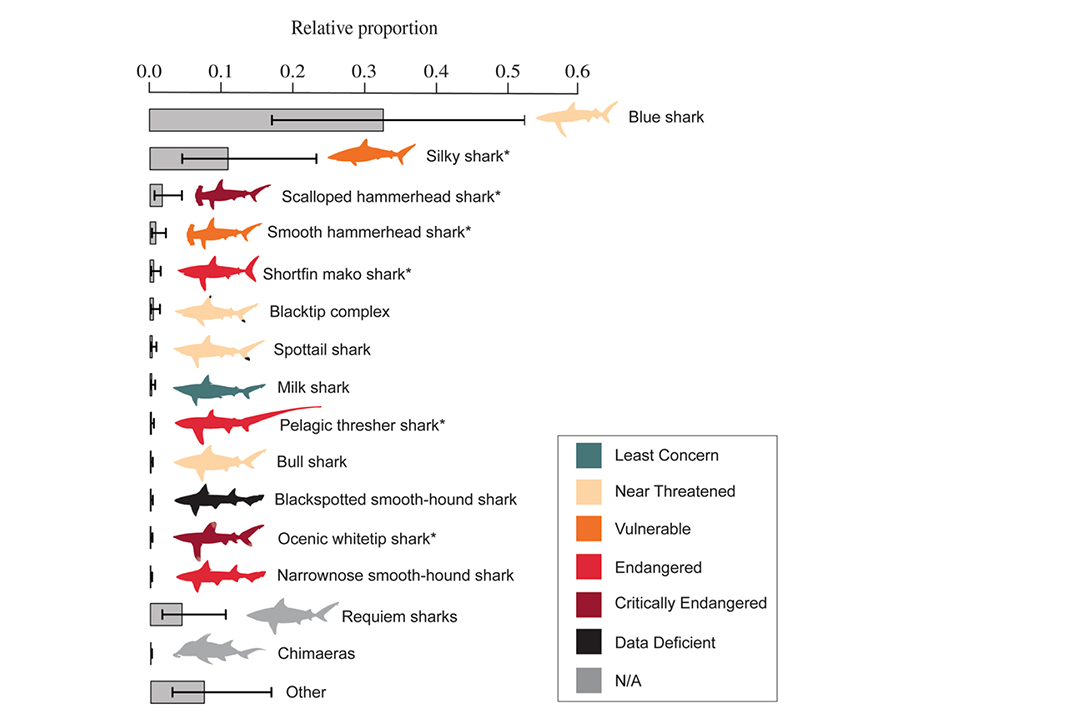