Why are sharks important?

From coastal cities to landlocked towns the ocean plays a crucial role in our environment. The biodiversity of the ocean breathes fresh air into our atmosphere and brings rainfall and food to us all around the world. Our existence and the existence of all the world’s creatures hangs in the balance of this vast life support system. Each and every creature that lives below the surface contributes to that ecosystem, playing an integral part in the balancing act that is life on Earth.

As Sir David Attenborough put it,

“The truth is: the natural world is changing. And we are totally dependent on that world. It provides our food, water and air. It is the most precious thing we have and we need to defend it.”
Sharks are no exception. Although the question ‘WHY ARE SHARKS IMPORTANT’ has no simple answer, this does not mean it isn’t a very important question. Understanding sharks is crucial, and their importance to the health of our oceans is a major driving force for various conservation policies. Often persecuted for their false identity of ‘man-eating monsters’, they need us now more than ever to protect them and educate each other about their true nature. 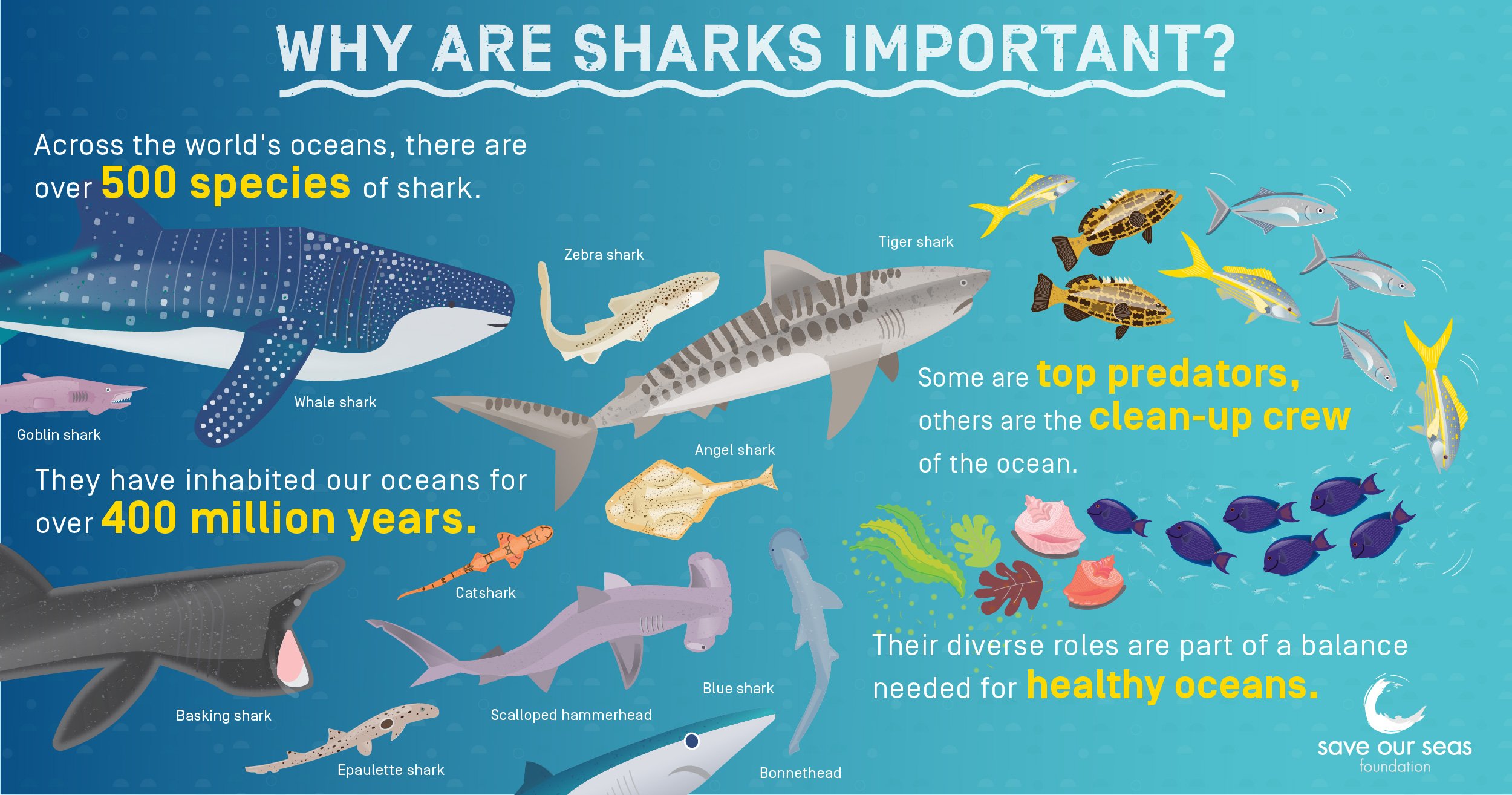 Alongside other predators, sharks play important roles in helping to maintain the delicately balanced ecosystems that keep our oceans healthy. Their feeding can affect prey population numbers, but also prey distribution as they select a habitat to avoid being eaten. For example, the presence of tiger sharks has been shown to prevent green turtles from overgrazing seagrass beds, making healthy populations of sharks and turtles critical to the structure and function of seagrass ecosystems, including their role as carbon sinks. Large predators like sharks are even effective carbon sinks themselves, so more large fish in our oceans could reduce the carbon dioxide being released into our atmosphere. Through their migrations and diving behaviour, sharks also help cycle nutrients between different locations and the depths and shallow. The ripple effects of an ocean without predators could be far-reaching and devastating for marine life and life on land. 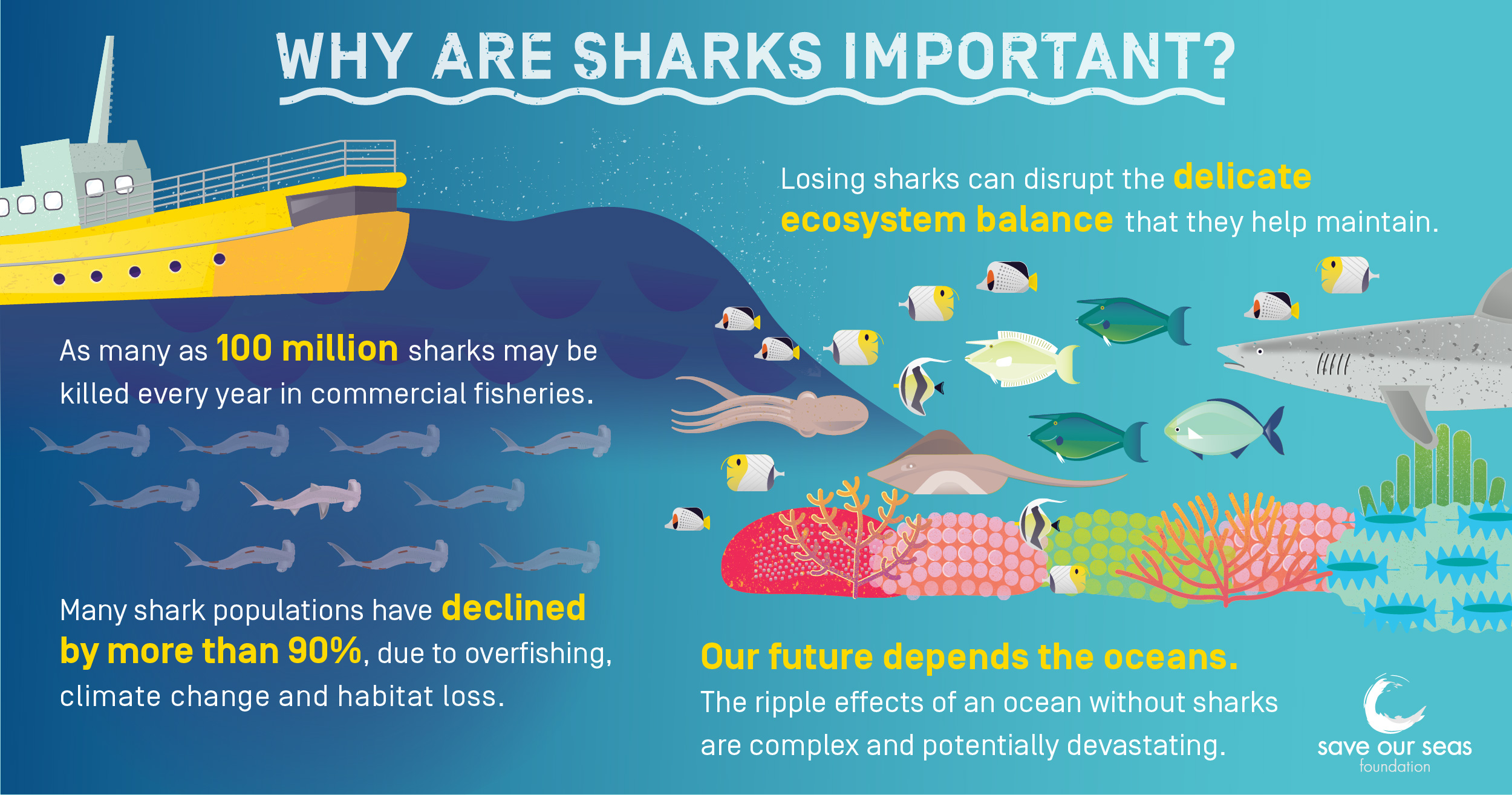 What you can do to help sharks

Overfishing, climate change, and habitat loss have had a staggering effect on populations, with a quarter of the world’s sharks and rays threatened with extinction! Unfortunately, incomplete catch data makes it hard to know exactly how many are caught in fisheries, but it has been estimated that as many as 100 million sharks are killed every year (both in targeted fisheries and as accidental bycatch). While devastating, more important than the actual value is that these levels of fishing are unsustainable – quite simply, sharks are being caught faster than they can reproduce. 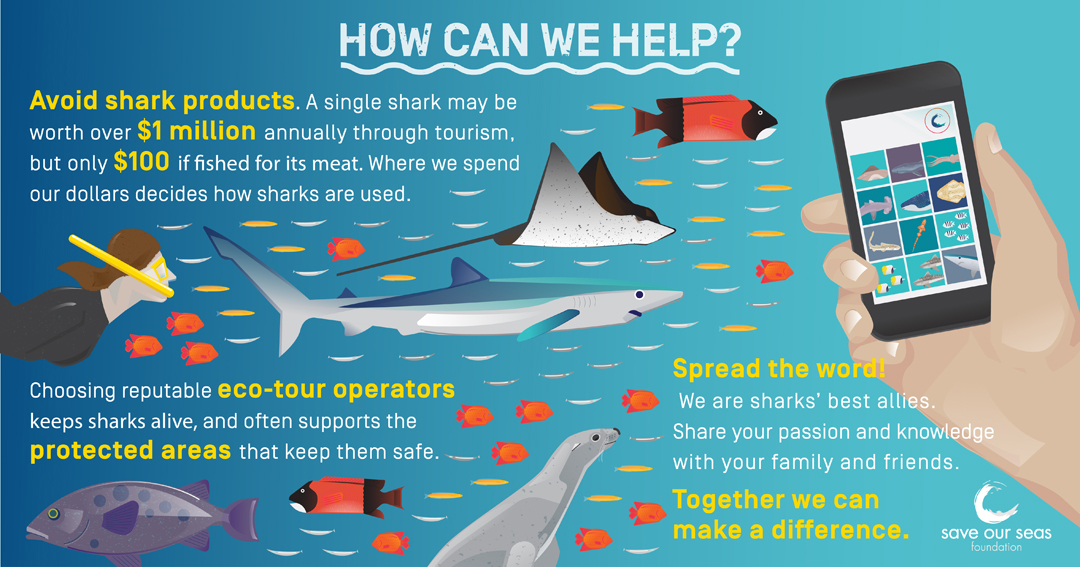 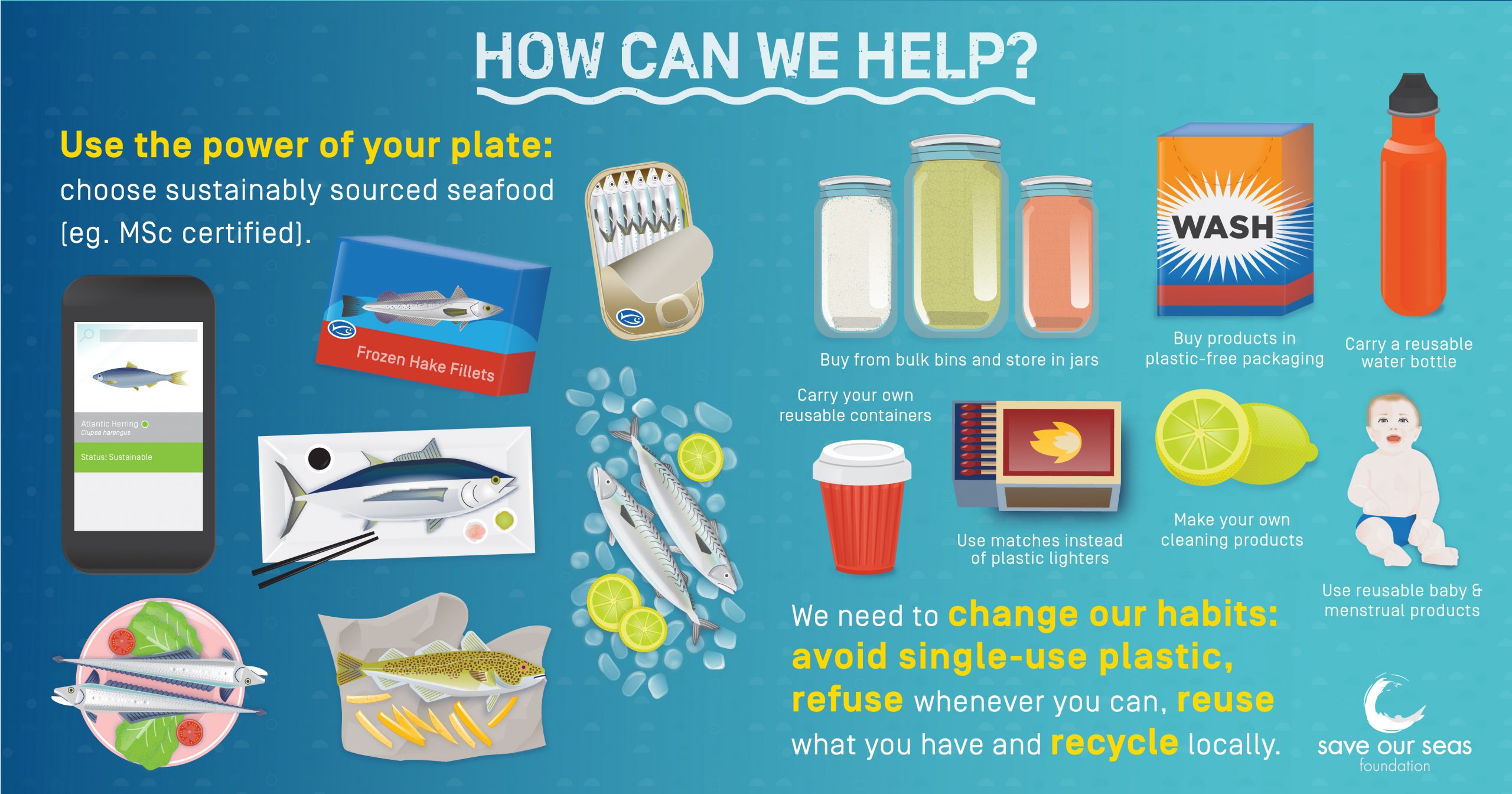 How many types of sharks are there?

There are approximately 520 species of shark described by scientists. In total, there are around 1,200 species of cartilaginous fishes, which includes the sharks, skates, chimaeras, and rays.

How many shark species are endangered?

A quarter of the world’s sharks species (130/520) are threatened with extinction according to the IUCN red list of threatened species.

Do sharks have predators?

Yes, very few shark species are free of predation and many of them fall prey to bigger fish or marine mammals.

How many sharks are killed by humans each year?

It has been estimated that over 100 million sharks are killed each year by fisheries alone.

What is the biggest shark?

The whale shark is the world’s largest fish measuring up to 14 m (45 ft). These gentle giants feed on plankton and are a favourite swimming buddy to many scuba divers and snorkelers.

How long have sharks existed?

Sharks in some form have been around for over 400 million years! Fossils have been found to show that they have roamed our seas since before the dinosaurs and have not changed all that much since then.

What is an elasmobranch?

Elasmobranches are a group of fishes consisting of sharks, skates and rays. They are identified by their cartilage skeleton and by having five or more gill slits on the side of their head.

Shark skin is made up of tiny teeth-like structures called placoid scales, also known as dermal denticles giving them a sandpaper-like texture. These scales lie flat, facing towards their tail to reduce friction in their water.

Do sharks ever sleep?

They do not sleep like humans do and rather have restful and active periods. The way they rest is dependent on the species. It was previously believed that all sharks had to continue moving in order to breathe, however, we now know that some species are able to push water over their gills without swimming. 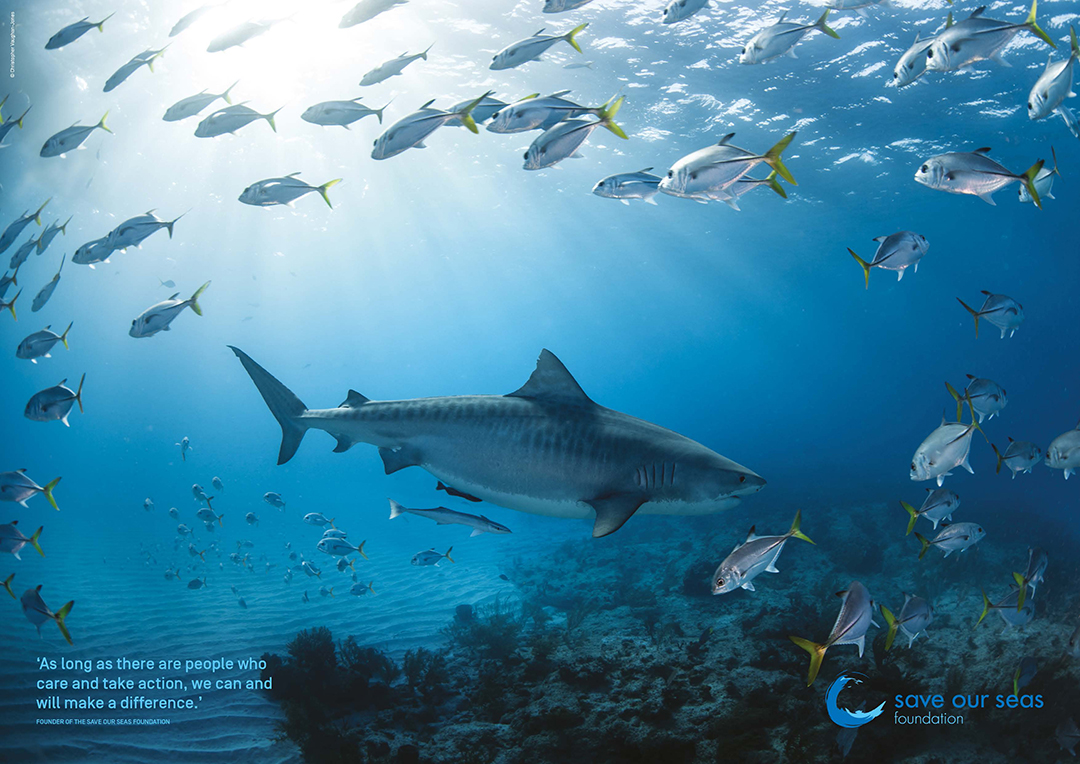 What can I do to help sharks?

Find more about why we need sharks and how you can help sharks.