WiSe on the water

After an extraordinarily fine summer across the British Isles, sightings of charismatic marine life reached new peaks – not just in terms of numbers, but also in terms of diversity of species. Just recently in Falmouth Bay in Cornwall, local boat owners were treated to a spectacular display by nine fin whales and a huge pod of common dolphins.

Of course, the word gets around when such events occur, and before you know it dozens of boats have gathered around the animals, creating the associated potential to disturb them. Which is where ‘WiSe on the Water’ comes in. We offer training in safe and sustainable wildlife watching to the huge armada of pleasure craft in British waters in a bid to reduce such impacts.

We’ve prepared presentations, instructed volunteer presenters and the bookings are coming in for training events across the region. We’re targeting gatherings of people who get out on the water regularly – yacht crews, divers, surfers – anyone who is likely to come into contact with marine life out on the water, as they are the people who can inadvertently cause disturbance.

During our own basking shark research cruise this summer, we were lucky enough to be reminded on many occasions just why such efforts are important, not least when we encountered a big pod of Risso’s dolphins including calves in the Outer Hebrides. 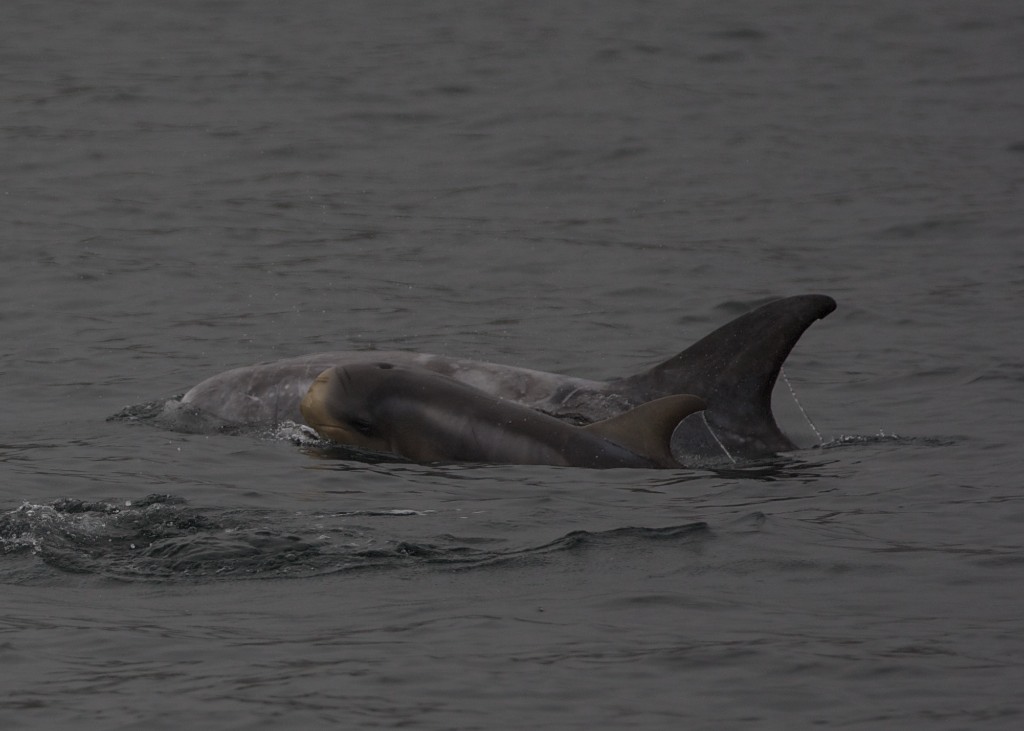 These shy creatures, understandably protective of their calves, are known to be difficult to watch, as they tend to avoid boats that stray too close. Through very careful, passive viewing of the pod, we were able to get some amazing views as they passed by, including many useful photo-ID images for comparison with the existing Scotland catalogue, like the image of the mother and calf pair above.

And that’s what we hope to promote: safe, sensitive watching of marine life in our all-too-busy seas.

Project
WiSe on the Water

Seeing wild animals in their natural habitat is an amazing experience, but getting too close to marine life can make them panic. Colin is teaching boat operators about how to interact with marine wildlife in a safe and sustainable way.