Many will agree that time spent on the water with whales, experiencing the rush of bubble net feeding to that intimate moment when one whale rests beside the other, is truly captivating. Every experience evokes a new emotion as you watch these gentle giants demonstrate such complex movements and displays of acoustic wonder. Eventually these moments need to take on the shape of spread sheets, data bases and fit into equations that support the science to help us to understand and protect whales. 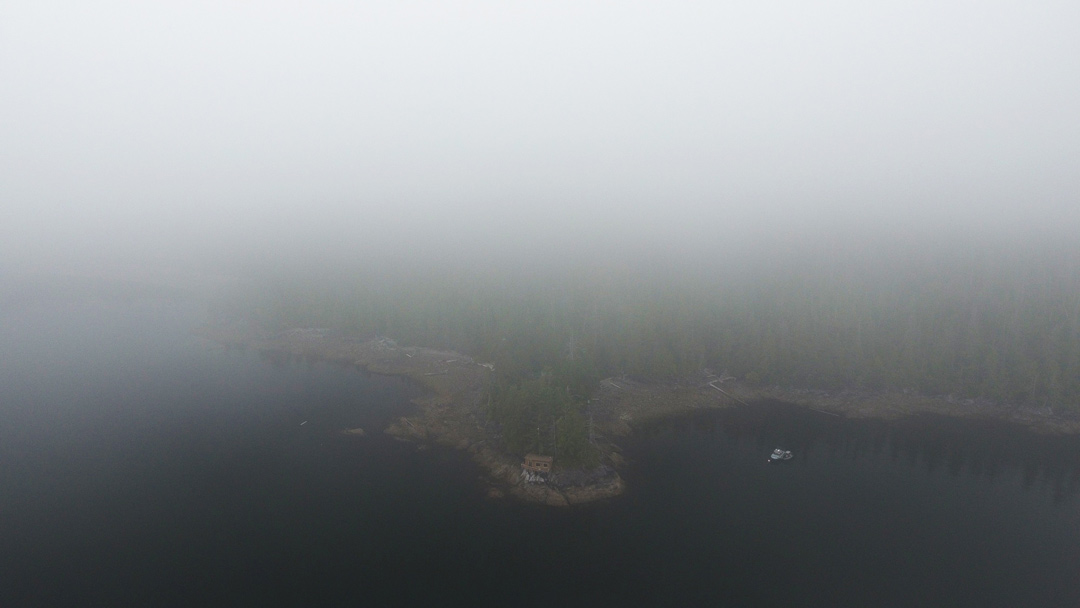 The Great Bear Rainforest is a temperate rain forest on the Pacific Coast of British Columbia. Cetacea Lab’s Whale Point research station is located on the southern coast of Gil Island in the Gitga'at First Nation territory. Janie Wray and Hermann Meuter study the Orca and Humpback Whales in this region since 2001. Photo by Michael | © Save Our Seas Foundation

Winter has always been our time to sit down in front of the computer and spend endless hours entering the data collected during these whale observations. The unpredictable and extremely cold northern climate in the Great Bear region of BC facilitates this routine. By early November gale force winds and bitter out flows occur regularly. You are fortunate if you can safely be on the water for more than a few days of the month. Which really is a shame as it is during this time, humpback behavior transitions from cooperative feeding to the robust behavior of posturing whales and the composition of the famous humpback song. 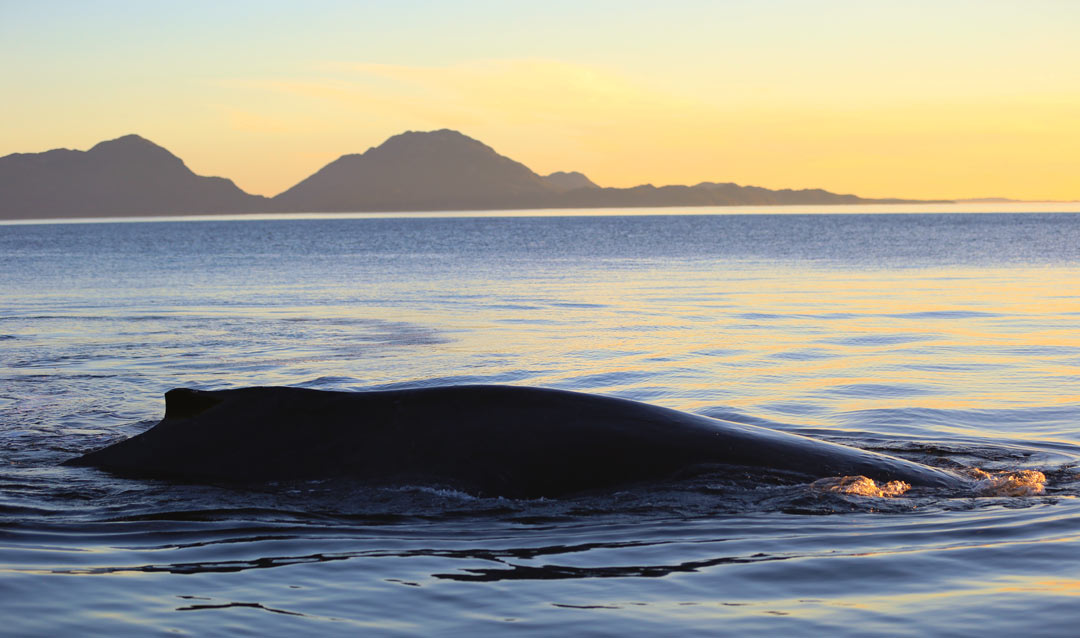 Like many things in life, this is changing. For myself personally I now spend the winter months south of the Great Bear region. The difficulty of such a remote location and not feeling connected to family and friends for weeks on end became too much for my social heart. This winter I decided to spend time south in a few coastal communities along Vancouver Island. It was during a visit to family that something remarkable happened. I was standing on my parent’s deck that over looks Georgia Straight along the east coast of Vancouver Island. It was sunny and clear, water as calm as glass when I saw it – a blow. To see the blow of orca in this area is quite common, but this was a blow I knew very well, heart shaped and tall, this could only be a humpback. I ran back to the house and grabbed their scope. By the time I returned there was no longer just one blow, now I counted nine – I was frantic!! Humpback whales have not been recorded in this area now for close to 100 years. The last one was hunted down and killed in 1908. I started to make calls to all of my parents friends that also lived along this stretch of ocean. They all had the same response “we have never seen humpbacks here in our life time, yet over the last weeks we have seen them daily.” I reached out to other researchers who live south most of the year. I was to learn that in the last few years a number of humpbacks had been sighted near the south end of Vancouver Island towards the US border. The conversation was enlightening, we realised that the return of the humpback whale to the entire coast of British Columbia was truly happening. From the north to the south, they were now beginning to meet in the middle. 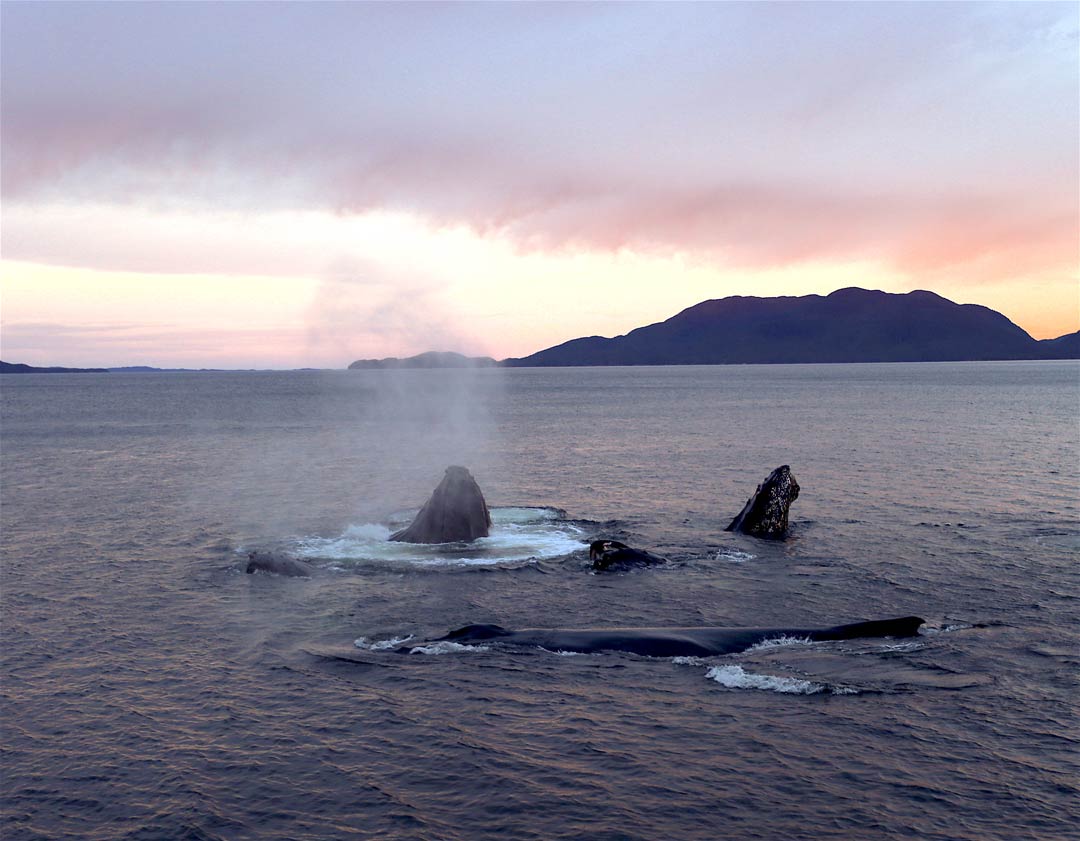 The time for us to work together had also arrived. It would take a dedicated team to understand the foraging, social and habitat needs associated with the population growth and return of these gentle giants to our coast. In January 2018 the lead humpback researchers in BC will meet and our goal will be to combine efforts to develop an identification catalogue of all humpback whales along the entire coast of British Columbia. So now the question heavy on my mind is, with all this winter activity of humpback whales along the south coast how does one choose to work on the computer with data when the sun is shining, the sea is calm and whales are blowing!