When you look deep into nature’s secrets, your world just might start turning.

The idea behind the 1001 Seaforest Species project is to dive deep into nature, apply scientific rigour, yet let Mother Nature tell her stories. Personally, I always feel that I have my biggest breakthroughs when I make an active effort to stay connected to the natural world. This is why I love going down to the shore and into the water. Every time I enter that world, I have a new chance to start again, be present in the moment, and leave my conditioned self behind. The animals living in and around the Great African Seaforest teach me to remember where we come from.

On one of these occasions, Craig and I found a long plank overgrown with the Yellow-rimmed goose barnacle Lepas anatifera. It was about 4 metres long and completely covered in thousands of these strange animals. Goose barnacles live at the surface of the open ocean. They have a stalk, shells, and long, modified crustacean legs that act as a fishing net to catch small prey. Goose barnacles often get washed up on South African shores, and I knew that they formed a pelagic community with other animals living in between their stalks. The Columbus crabs in the genus Planes use them for shelter and probably feed on the barnacles too. However, I was amazed when I found small nudibranchs, shell-less snails, crawling amongst these animals. 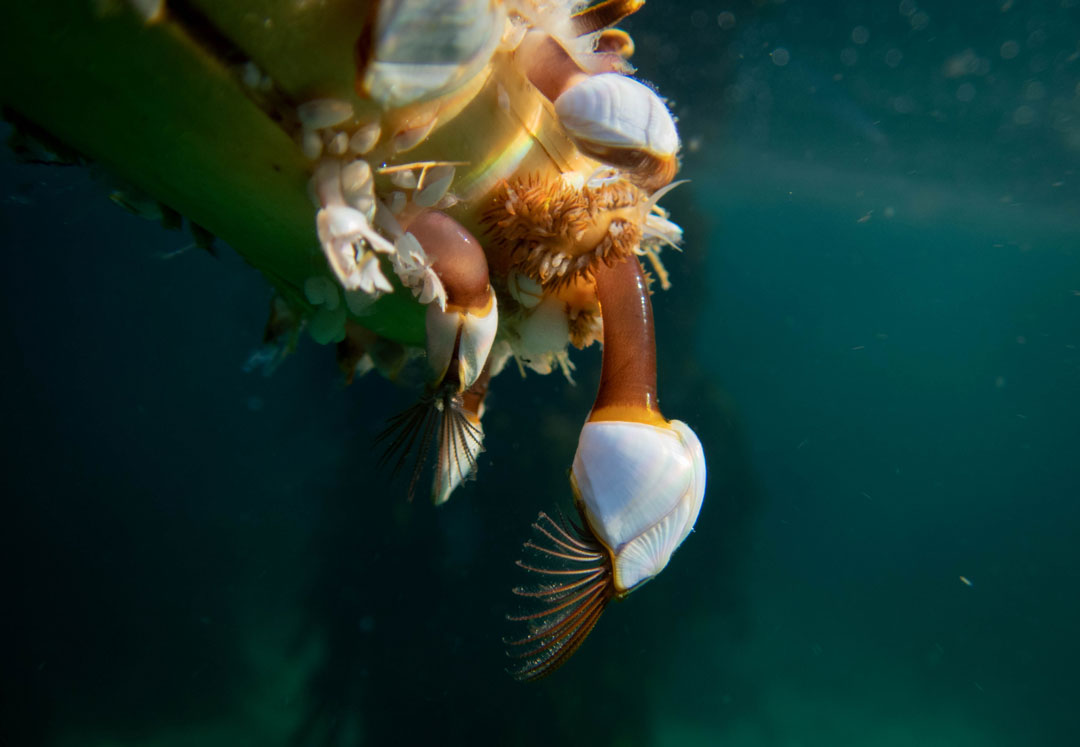 At the time, I did not know that I had just discovered the pelagic nudibranch Fiona pinnata. Until this point, I had been entirely ignorant of this animal’s existence. Instead of living on the ocean seafloor like other nudibranchs, this snail evolved into a specialised life and preys upon these goose barnacles on the open ocean. They live on floating objects and are tossed around by the waves, winds and currents. In this habitat, they travel thousands of kilometres across oceans. It amazes me to think how they get around and reproduce and how the larvae that hatch from the eggs find new floating goose barnacle colonies to live on. I also realised how this community of invertebrates living on this wooden plank was balancing itself. I observed how Fiona crawled to the barnacles and sucked out the juicy flesh of the stalk. I saw how other individuals were laying little egg casings. 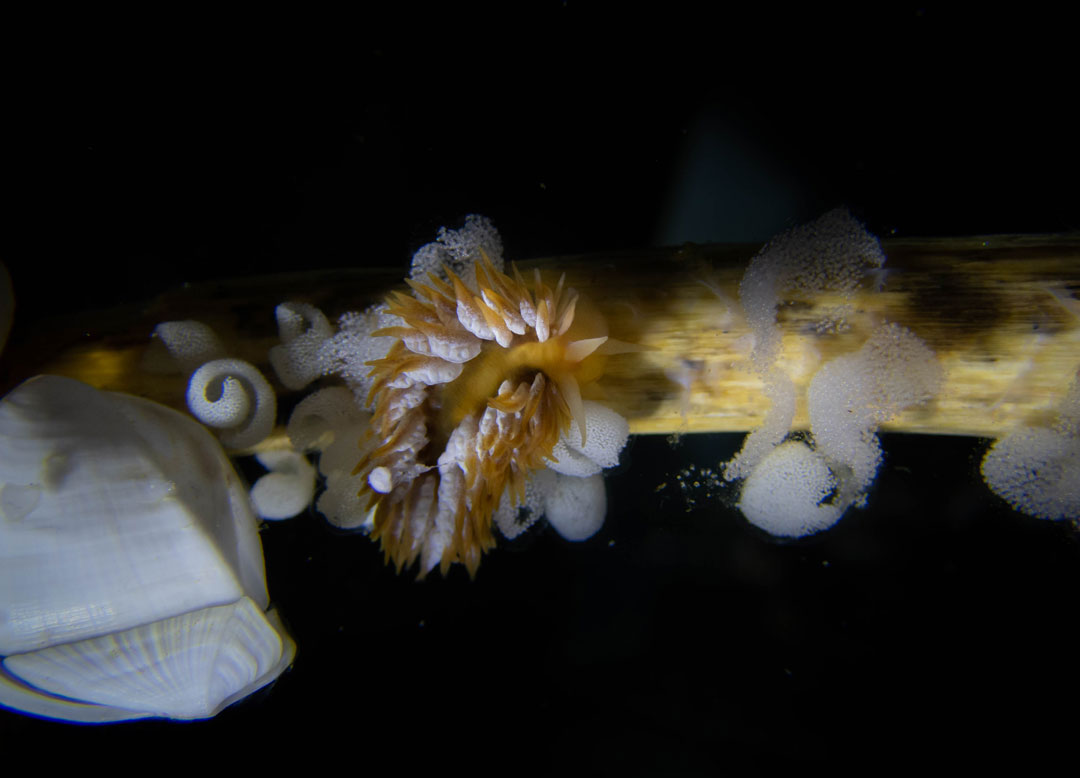 We took some of these animals into the lab to take tissue samples for genetic barcoding and to store specimens for documentation. This is important for understanding the animals’ taxonomy, distribution, behaviours and tracking changes in the environment. When I placed the egg casings under the microscope, I couldn’t believe what I saw. They were actually not eggs at all but little embryos that were rotating in a most mesmerising way. I watched them for hours, and this really put me in the moment. Only later I realised what these tiny creatures gave me here. A window into their reality and the chance to feel how incredible it is to be alive and watch nature unfold. I am still completely in awe of these little larval forms and the videos I took of them.

We still don’t know so many things, which is why we do this work. The larvae would hatch into the open ocean waters, thousands of them, and only the tiniest fraction would find a new colony to settle on. Just consider this process for a moment. Imagine being a 0.1 mm embryonic larva with tiny hairs for swimming in the gigantic ocean that has an average depth of 5km! It humbles me when I think about what it must be like to be one of the animals because, on a different scale, we are not so different. 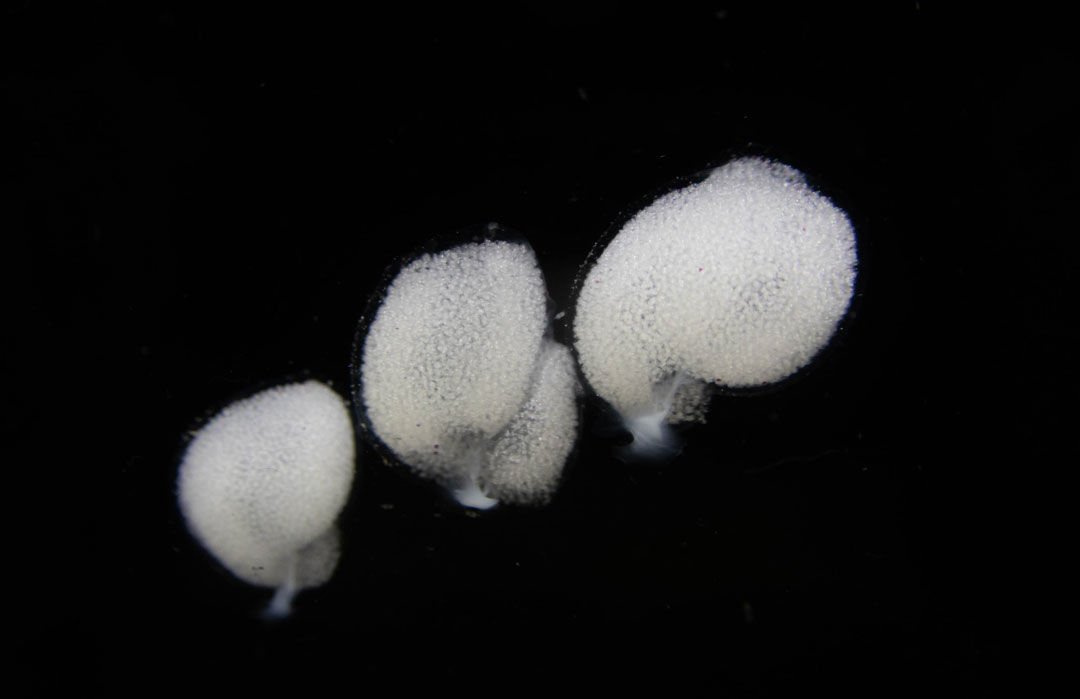 One question I still haven’t figured out is why these animals rotate in their eggs. Over the last months, I asked many experts why the embryos turn. Movement costs energy, and there is usually no waste in nature. My theory is that the rotation could be a gravitational protection for embryonic development while being tossed around in the heavy waves. Because these animals are floating on the ocean surface, they might need a sense of direction in order to maintain the correct functioning of their cells while growing. The rotation would give them a self-created “up and down” in a turning world. When I think this through then, I find inspiration in the idea of these miniature larvae creating their own compass amidst living in a massively turbulent and overwhelming environment. If they can do that, I am sure I can have my own compass too.

The next step would be to test the gravitational hypothesis and to look at other nudibranch eggs of species that lay their eggs on the seafloor. I would like to find out if they also rotate or not. 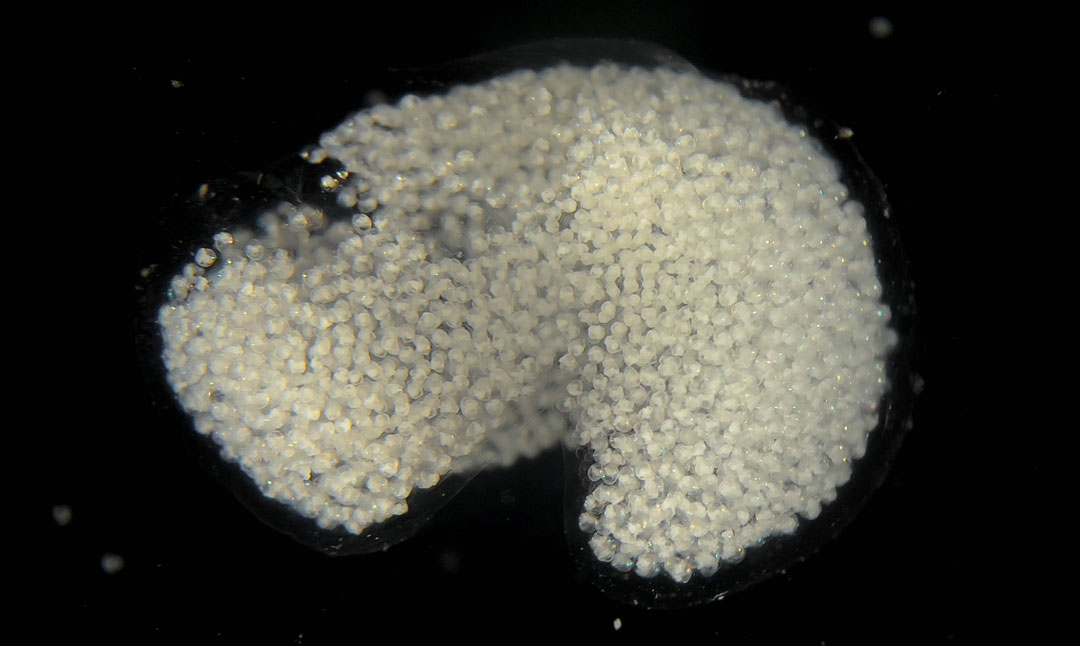 Craig and Jannes are diving into the Great African Seaforest in South Africa to bring to shore 1001 stories of the species that live there. Combining marine biological research with the art of underwater tracking, nature documentary-making and storytelling, the pair from the Sea Change Project hope to build a biodiversity dataset from the region that will grow and ultimately nurture a new appreciation for the fragility and wonder of nature.