What’s going on with the whiprays of Mafia Island?

Mafia Island lies of the coast of Tanzania, south of the popular tourist destination island of Zanzibar. Image © Google Maps 2018

In the past, the fishermen of Mafia Island in Tanzania and other stakeholders in the fishing industry considered the flesh of the local whipray, Jenkins’ whipray Himantura jenkinsii, to be of relatively poor quality. Artisanal fisheries therefore did not widely target these rays for human consumption. In recent years, however, the story has changed and whiprays have quickly become a sought-after product – and a major target for local fishermen all around Mafia Island. Some of these fishermen go out in motor and sail boats specifically for whiprays. 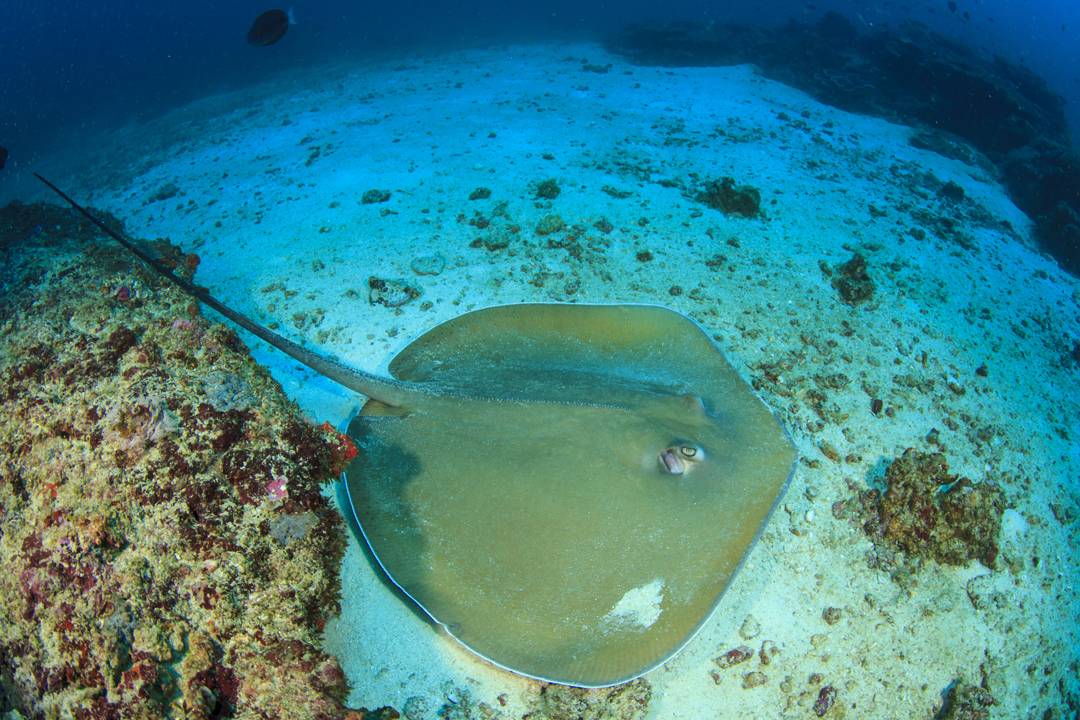 Several factors have caused this sudden change in fortune for the unfortunate whiprays, of which the main one is the increase in the number of poorly resourced coastal households where traditionally salted and sun-dried whipray flesh is consumed. The flesh commands a low price at the market, making it affordable for most of the local communities. This situation promotes a significant escalation of targeted fishing pressure on whiprays. Trade in whipray flesh is particularly evident during the north-eastern monsoon – between November and March – when a lot of whiprays are being caught, and it is carried out to a large extent by women with small capital investments rather than by men. The dried fillets are often transported from Mafia Island to markets on the mainland. 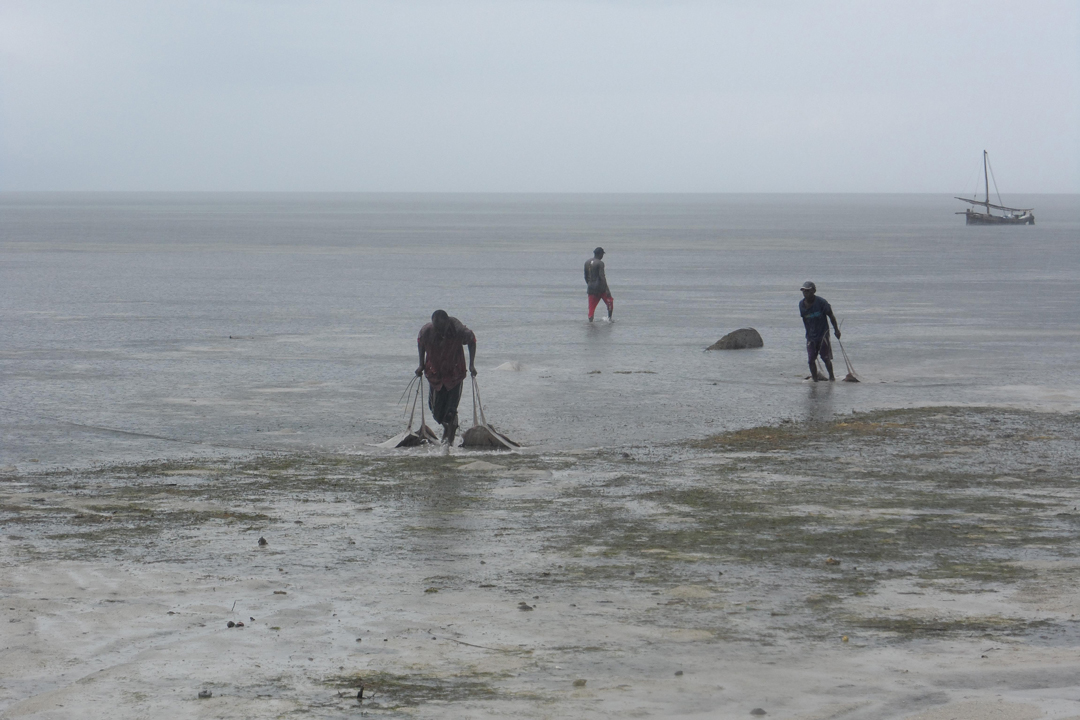 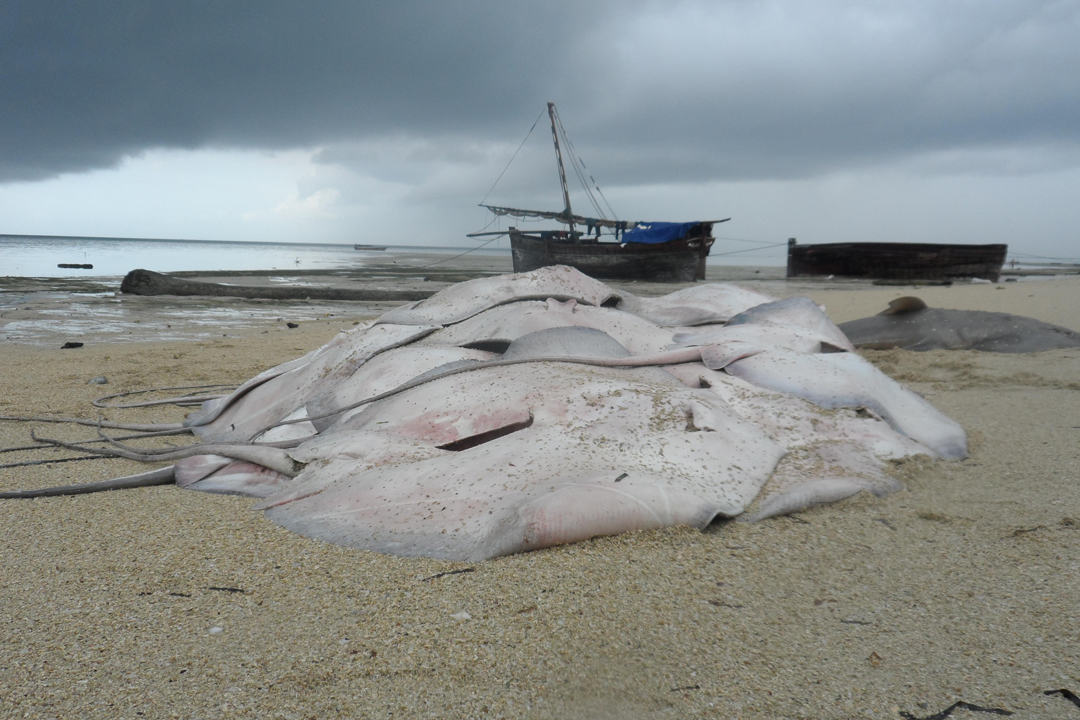 It is not only the flesh that is popular; the liver oil from whiprays is also becoming a sought-after product. Mixed with paint, it gives off an unpleasant smell that prevents organisms from growing on a boat’s hull and affecting its speed, performance and durability. It takes a lot of livers to provide the litres of oil required to paint a boat, so many whiprays of different sizes are killed. Also, large whiprays are gutted and their stomachs are cleaned, boiled and made into soup.

The pictures and videos provided were taken between October and November, 2017 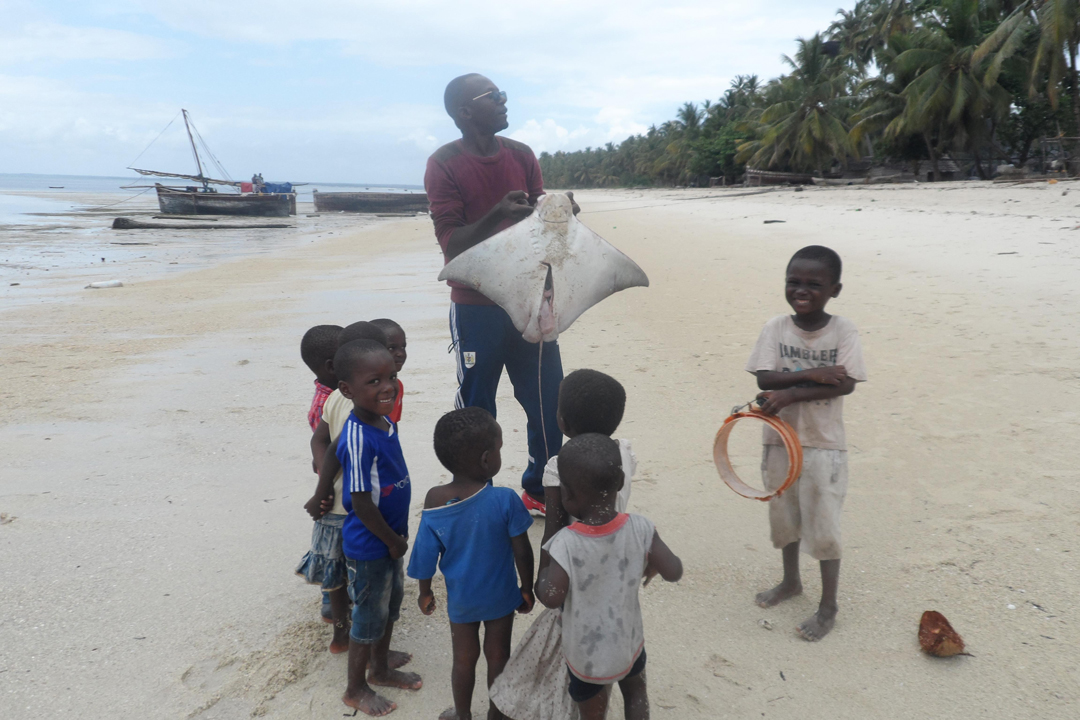 The children of Bwejuu, a small island just off Mafia Island, respond to questions about whiprays put to them by Patroba. Photo © Patroba Matiku 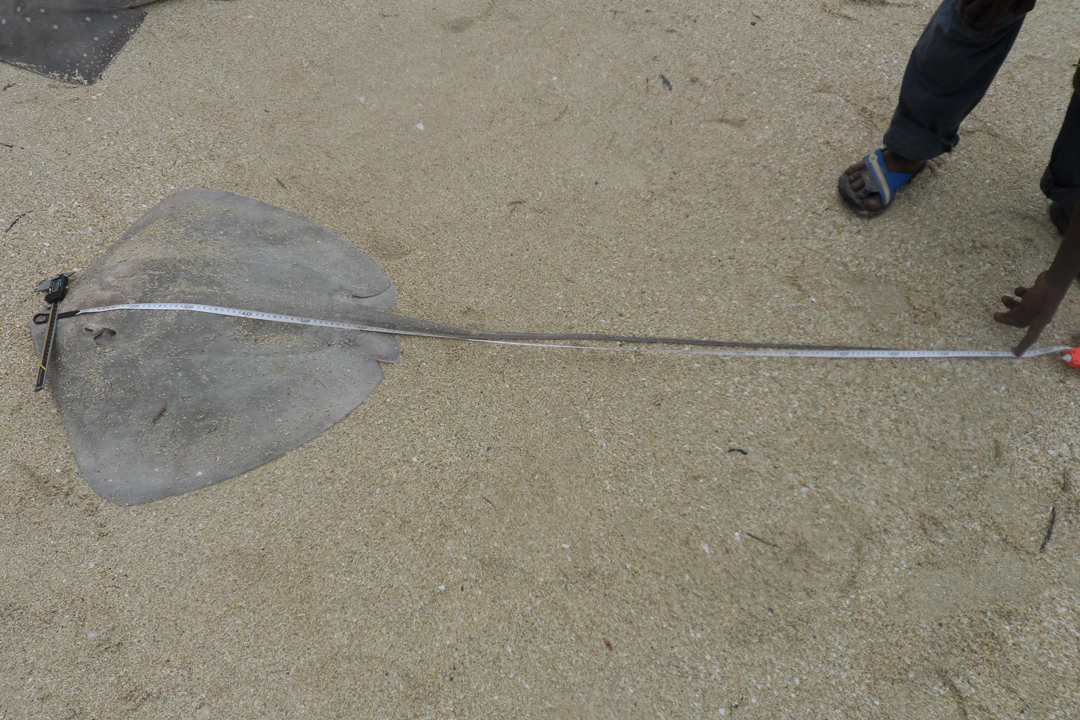 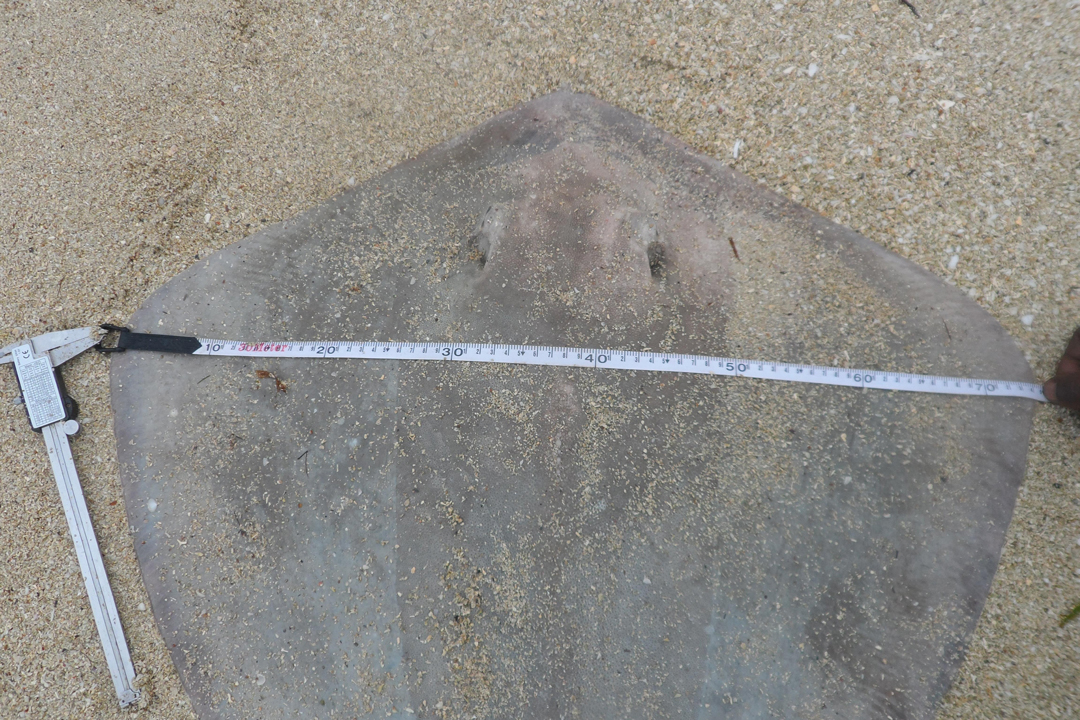 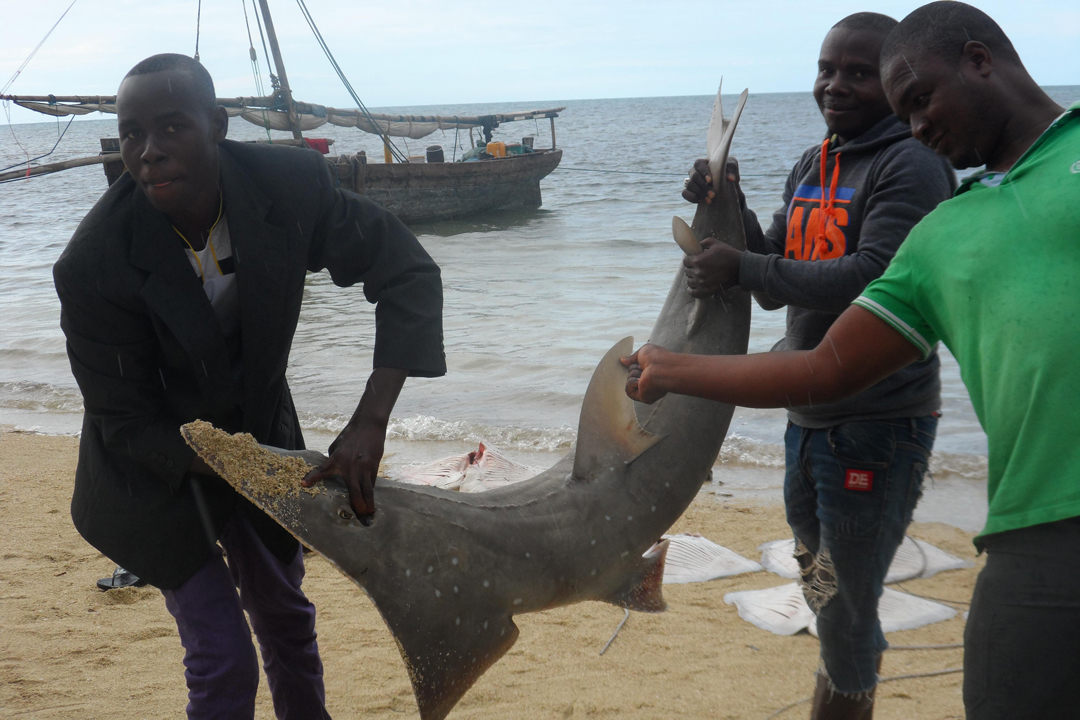 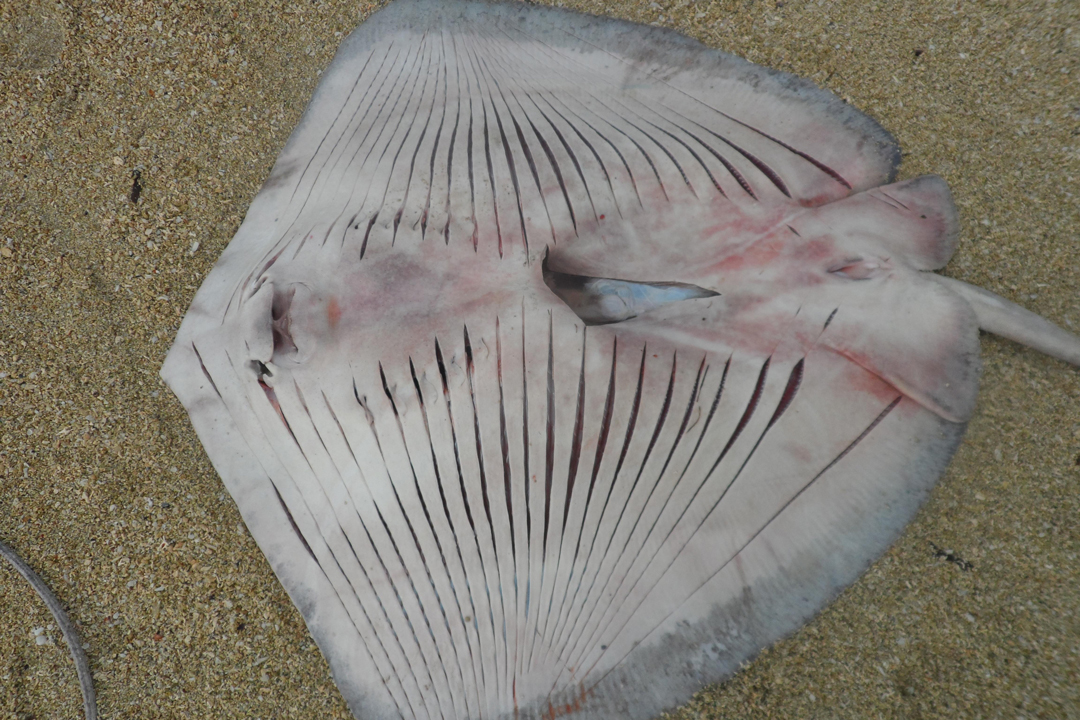 Before being cut up, slits are made in the flesh of a Jenkins’ whipray to show where it will be divided into equally sized portions. Photo © Patroba Matiku 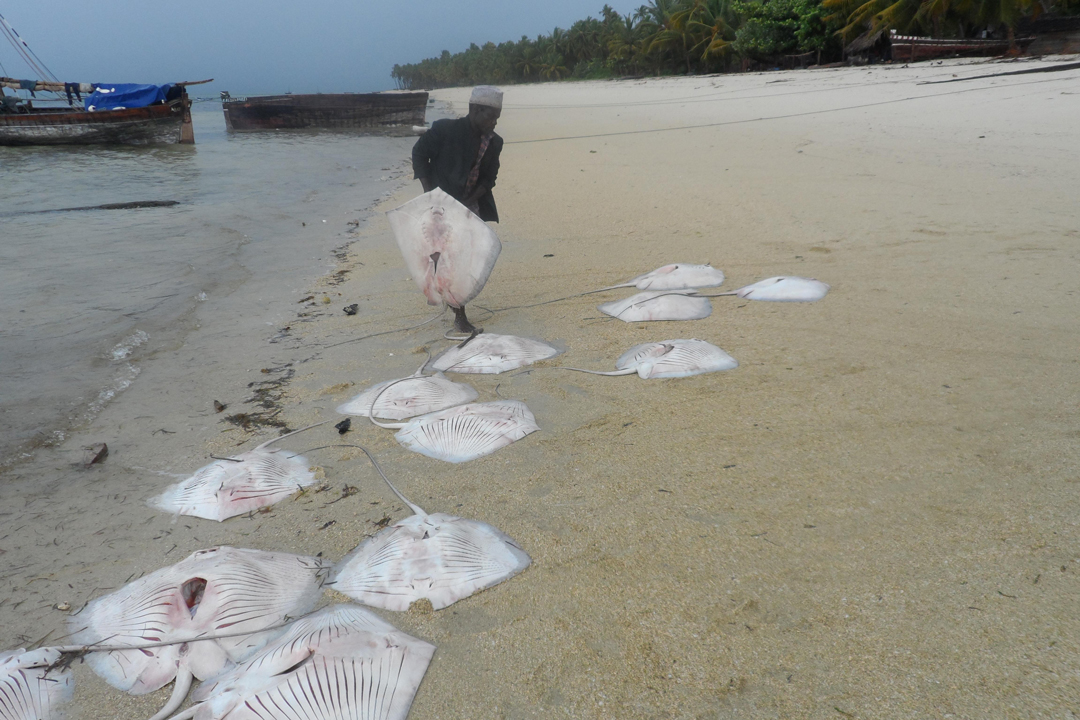 A fisherman from Bwejuu, a small island near Mafia, guts, slits and cleans Jenkins’ whiprays before cutting them into fillets. Photo © Patroba Matiku 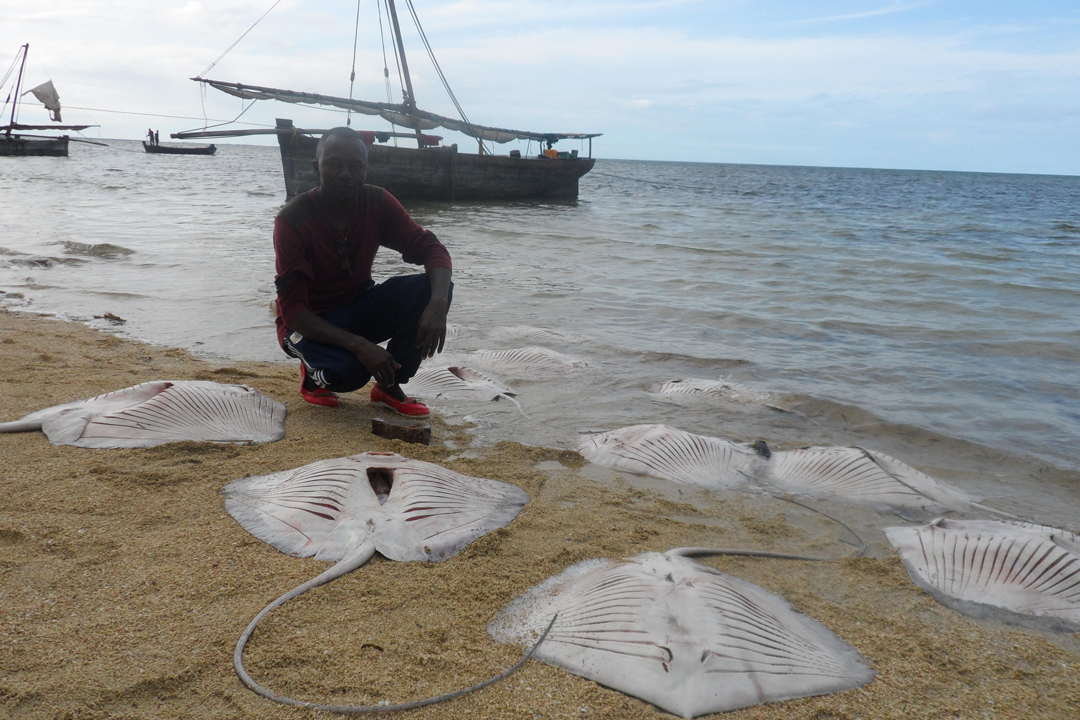 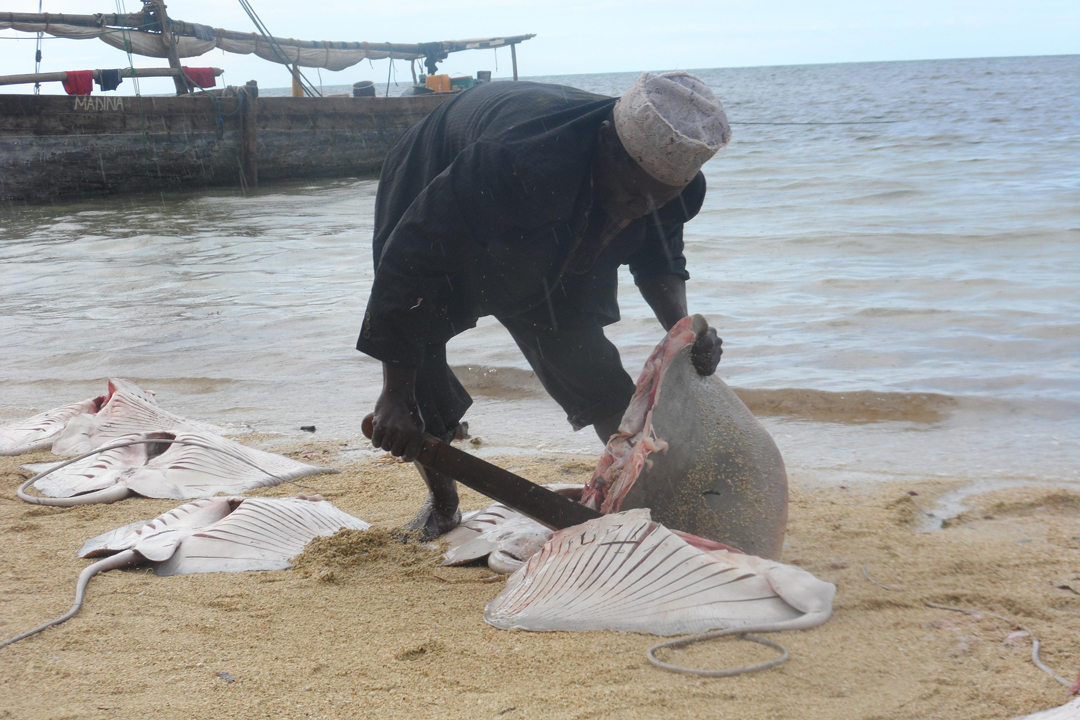 A fisherman at Bwejuu fish landing site cuts Jenkins’ whiprays in half before salting them. Photo © Patroba Matiku 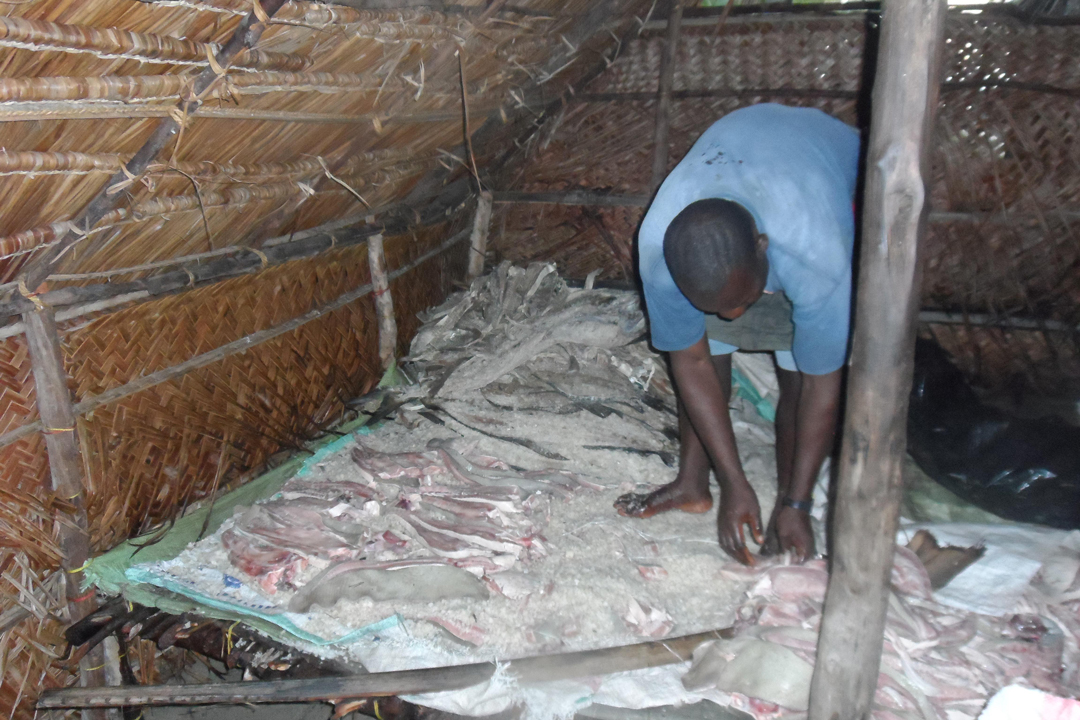 A Bwejuu fish seller salts Jenkins’ whipray fillets before laying them out to dry in the sun. Photo © Patroba Matiku 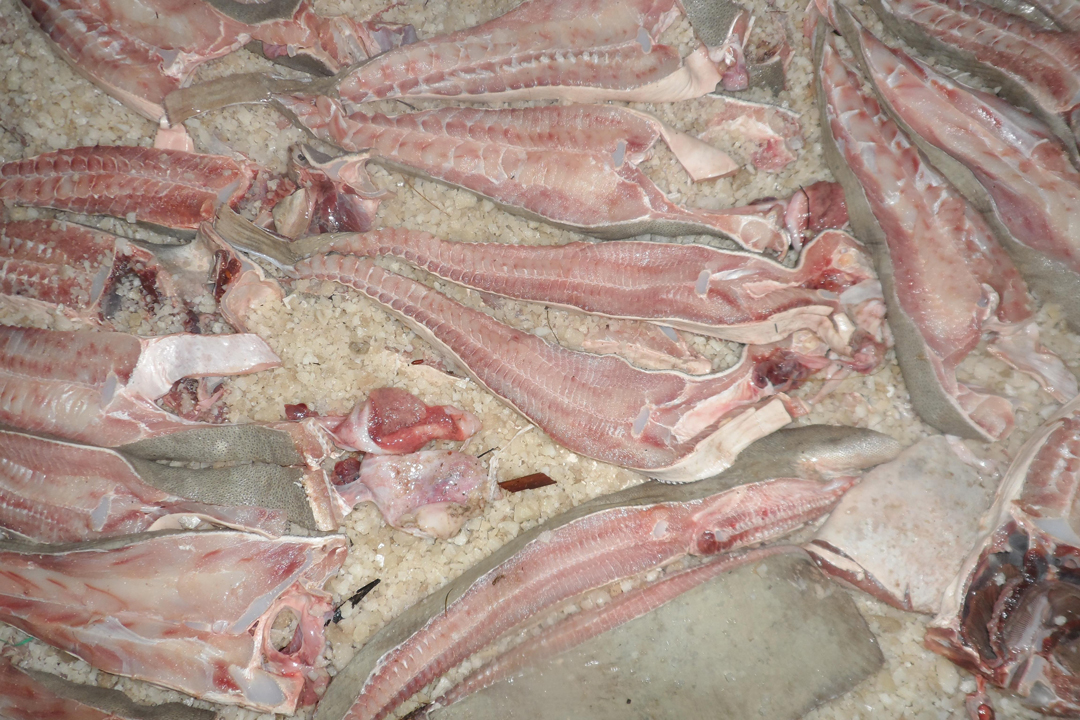 The fillets are covered with large-grain sea salt at Bwejuu. Photo © Patroba Matiku 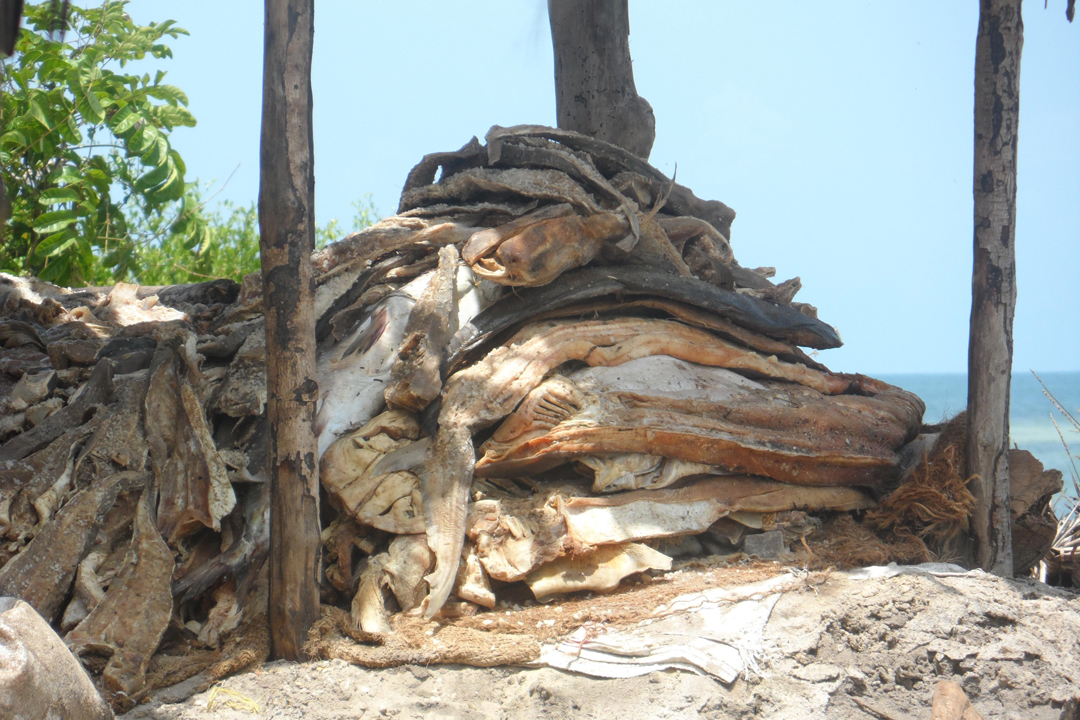 At Bwejuu, a small island off Mafia Island, a fisherman makes slits where he will cut Jenkins’ whiprays into small pieces. Video © Patroba Matiku

A customer buying whipray fillets to take home for supper (At the end of video). Video © Patroba Matiku

A fisherman at Bwejuu, a small island off Mafia Island, cuts Jenkins’ whiprays in half before processing them further. Video © Patroba Matiku