We began our hunt for wedgefish and giant guitarfish in 2020 in the Ashburton River. This river mouth, in the arid Pilbara region of Western Australia, is a hotspot for rare elasmobranchs, including sawfishes. We were surveying there as part of a green sawfish research project. We’d received several sightings of bottlenose wedgefish in the region. Still, they appeared relatively rare, so we weren’t especially hopeful that we would find one in our relatively short sampling window.

We set our nets and waited patiently for a capture. To our surprise, the net jerked violently only a few minutes after setting it, and rather than the classic sawfish rostrum sticking out, a distinctive spotted grey tail hit the water with an enormous slap and splash. We quickly boated up to the net and found our wedgefish cradled inside. Gently pulling the net to the shore, we were further surprised to find that this wedgefish looked a little different than the bottlenose wedgefish we had been expecting. 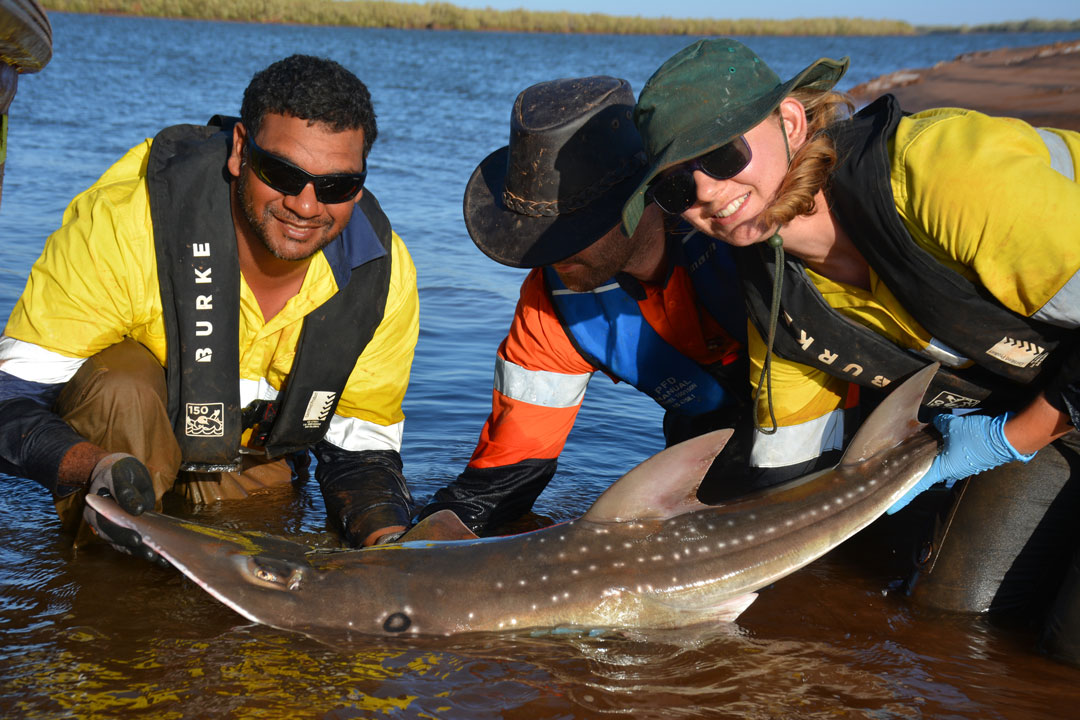 There are two species of wedgefish that are thought to live in Australia: the bottlenose wedgefish, and the eyebrow wedgefish. Nearly all the sightings we had received to date from our citizen scientists, including recreational fishermen and snorkelers, were of bottlenose wedgefish, with very few sightings of eyebrow wedgefish reported. Because of this, we hypothesised that perhaps the eyebrow wedgefish were more common further north in Australia or perhaps were rarer than scientists had previously thought. However, the wedgefish we had in front of us was unquestionably this second species, with distinctive large black spots behind its spiracles and little dark stripes on its eyelids, as well as a triangular-shaped snout. Excitedly, we measured, tissue sampled, and implanted an acoustic tag into this individual to track her movements in the region over the next 1.5 years and released her back into the red dirt-coloured waters of the river mouth. 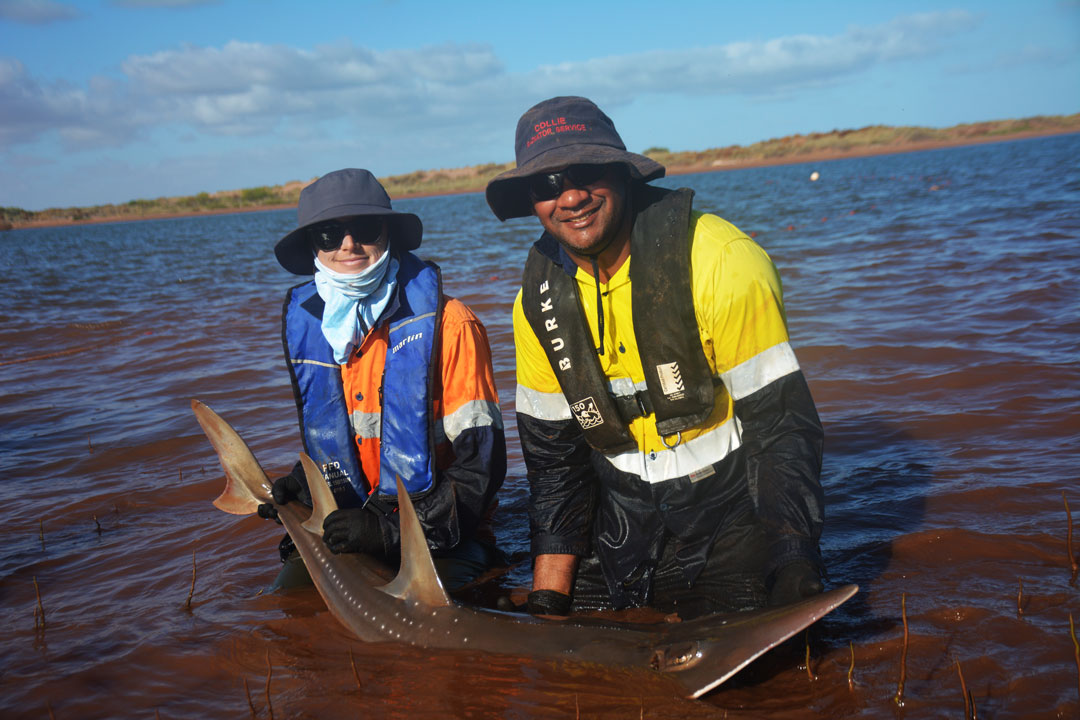 An eyebrow wedgefish caught in the red waters of the Ashburton River in October, 2021, acoustically tagged and ready for release. Photo © David Morgan.