What we learned from fishers in the South

In the last blog, Of permits, products, and parks, we described products available to consumers and the “permits” associated with those items and surveys conducted with shop owners. Because shops offer for sale either a worked thorn product (for example, a ring) or a raw product (so, for example, several bowmouth thorns cleaned and ready to be worked). We wanted to understand the supply chain. In other words, can we find out where the bowmouth guitarfish is being fished from first and how they get from the animal to the shop? Tracing the supply chain is an essential, if not complicated, component when monitoring wildlife trade. This is where our last piece left off – a trip to the south of Thailand. 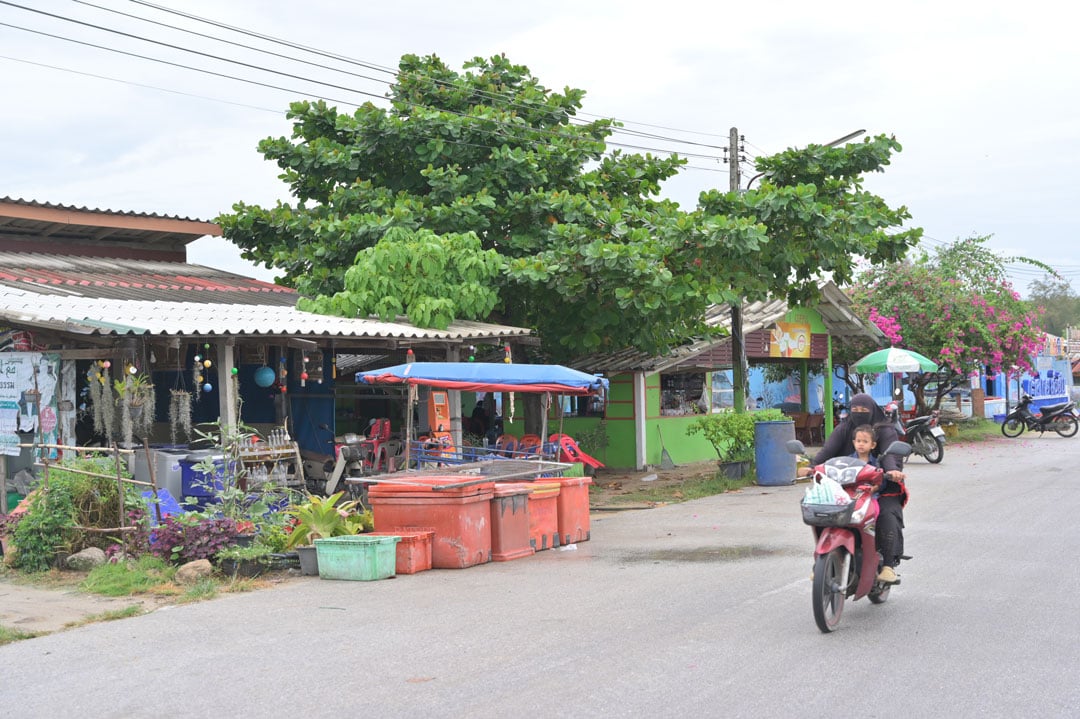 Street in Panarae, a town in the far south province of Pattani. We went to this little-studied area to gain insidght into the supply chain of bowmouth thorns and to interview fishers. Photo © Hannares Haripai

In the southeast of Thailand, on the Gulf of Thailand, is the province of Pattani, an area where data collection and surveys are rare. Information provided through contacts and interviews with shop owners prompted us to see what information we could find there on bowmouth catches and thorn trade. After unavoidable delays, we arranged interviews with fishers in the town of Panarae. Our interviewees did not have information regarding suppliers in the thorn trade. In fact, thorns do not hold any significance here as elsewhere; you will not see anyone wearing amulets, likely due to a difference in belief systems. Instead, the fishers we spoke with sell the bowmouth whole to restaurant owners or middlemen from Pattani. Elsewhere, they are sold for their fins and meat.

In Pattani, bowmouth are considered like a bonus catch, we learned. Impressions from fishers regarding the frequency of catches of bowmouth were unanimous: bowmouth are caught much less now than in the past. Fishers stated that this is because they are increasingly rare, and fishing them “is now illegal”. The traditional method for fishing these large rays is by bet (hooks), and sai or sung-kor (fishing traps) are also used. A more recent method in Panarae is with auan-loam (อวนล้อม, purse seine). Most bowmouth are now caught this way now, which involves a boat pulling a 500- to the 1000-metre-long net to form a circle. The fishers here then sell whatever is caught in the net, making it an opportunistic, less selective fishing method. 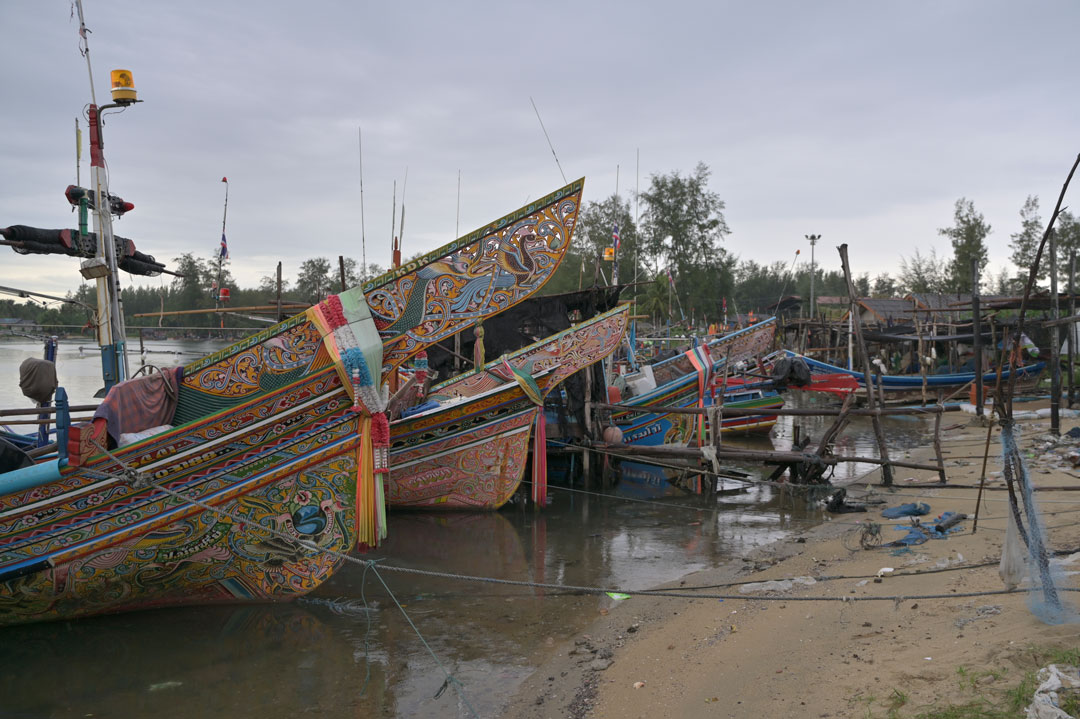 We can really see spatial indicators of the thorn trade developing. This data and that relating to fishing and supply chains are all important considerations when it comes to understanding management needs or gaps, such as monitoring and enforcement, and therefore can help when considering approaches to conservation, fisheries, and wildlife trade. Of course, there are many pieces of the puzzle still to uncover, and we hope you will keep following along!

Project
Understanding the amulet trade of bowmouth guitarfish in Thailand

Jennifer’s research will start in the world’s busiest amulet market of Tha Prachan in Bangkok. From there, she’ll be tracing trade and supply chain routes through other markets and ports to glean information from local traders and fishers. Her focus is on collecting data on bowmouth products such as how much is present in the markets and what drives the trade. She hopes these data will help inform critical research and data gaps and contribute to informing trade policy, both nationally and internationally.