What are shark sanctuaries?

The conservation of sharks and their ecosystems is not a “one size fits all” type of problem. Not only are sharks as a taxonomic group incredibly diverse, but so are the values they represent. Trying to protect sharks as animals also requires the protection of tourism, fishing rights, culture and economies. The creation of marine protected areas (MPAs), regulations in the trade of shark products and fishing policies have long been working towards better conservation, but in the last decade, we have also seen the creation of a new type of protected area: specific shark sanctuaries.

Shark sanctuaries are specific geographical areas designated within a country’s territorial waters. Each sanctuary has its own specific regulations in place in the best interest of the sharks (and in some, but not all cases, rays and chimaeras) that occupy it. The regulations of these sanctuaries vary depending on the specific aims of implementation but usually cover targeted fishing of sharks and the sale of shark products, with the overarching goal of reducing shark mortality.

The world’s first shark sanctuary was established in 2009: a 233,317 square mile expanse of the ocean around the islands of Palau, a gem of the South Pacific. A small island nation, Palau is heavily dependent on the ocean, and in turn a healthy marine environment. In their report justifying the implementation of the sanctuary, they outlined that their “economic and cultural fate is inextricably tied to the ocean, and sharks play an integral role in maintaining the ocean’s complex ecological balance. Their diminishing numbers have already had wide-ranging negative impacts… These continued negative impacts, if unabated, will be disastrous for Palau” (from Ward-Paige, 2017).

Since this designation, a further 16 shark sanctuaries have been declared, cumulatively occupying more than seven million square miles – some 3% of the global ocean. While some countries also cite local ecosystem functioning in their reasons for implementations, others reference their choice on a grander scale, such as commitment to contribute to international marine protection or concern for global shark population trends.

The Bahamas also chose to adopt this conservation method in 2011, creating the only shark sanctuary to date that covers the country’s entire exclusive economic zone (EEZ). Since its establishment, targeted shark fishing, retention of shark bycatch and the sale of shark products has been illegal, with fines of up to $5,000 for non-compliance. With waters home to more than 40 species of shark, including the endangered oceanic whitetip and silky shark, the sanctuary provides a fishing-free area for these shark populations to thrive. 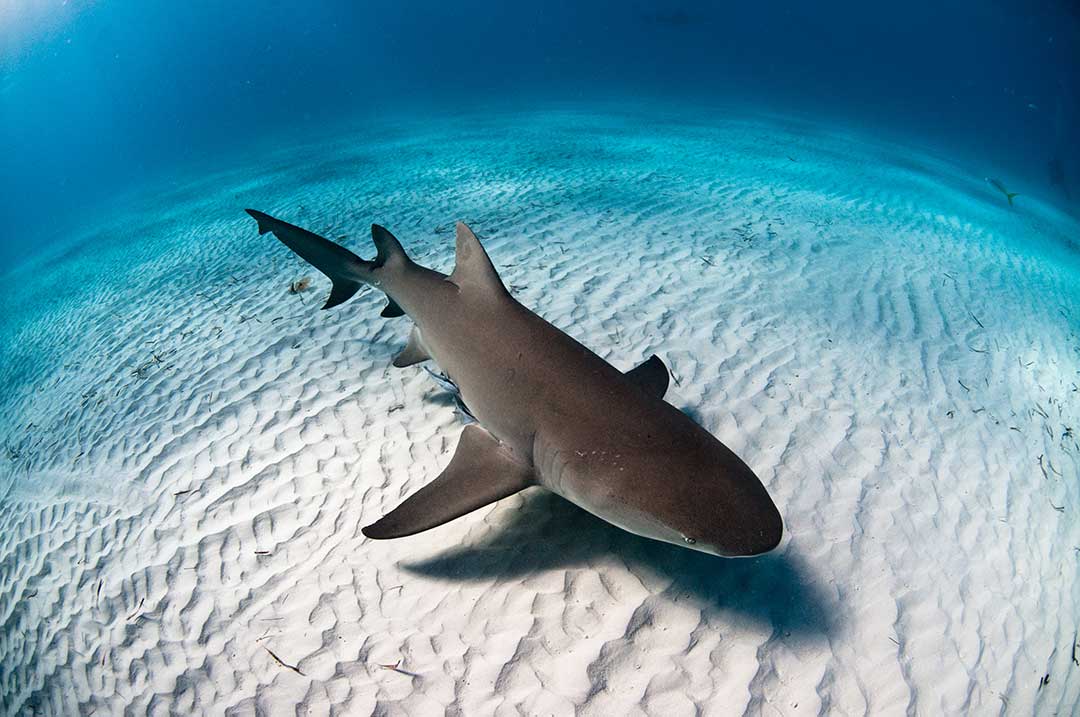 Anyone who has dived in The Bahamas can attest to that: it’s certainly a sharky place! But while the designation of sanctuaries in the specific interest of sharks worldwide seems like a big positive step forward, the real test is in their effectiveness. Not only does successful policy rely on comprehensive enforcement, but also on good placement and continual monitoring to evaluate effectiveness. This is hard to pin down, but in both Palau and The Bahamas, the implementation of a shark sanctuary directly prevented the rollout of plans for targeted shark fishing and export. This has no doubt prevented the probable decline in numbers had those plans been favoured over the sanctuary.

Yet despite shark sanctuaries covering 3% of the global ocean, the same areas only contributed to 1% of all shark mortalities before their implementation. Furthermore, blanket regulations for entire taxonomic groups fail to address the diversity of species that exist within that group and the specific threats they face. For example, in The Bahamas shark sanctuary, the same regulations apply to the seasonally present critically endangered great hammerhead as they do to the Atlantic sharpnose, which is present year-round and listed on the IUCN as least concern. If someone was to break the rules or operate illegally, the repercussions for catching each species is no different. For the species themselves, they are drastically disproportionate.

This by no means goes to say that the implementation of shark sanctuaries is obsolete, but reinstates that conservation is complex. To fully protect sharks is to also protect habitat, ecosystems and migratory pathways while respecting their environmental, economic and cultural function. It may not be entirely clear what that looks like just yet, but the development of shark sanctuaries in the past 11 years shows that there is motivation to protect these animals, which were not too long ago considered little more than biting machines. In that, we should find hope.