Welcome to the Waste Age

Diving during summer months has proven to be tough on researchers because of the high densities of ships in the area, but when looking for spiny butterfly rays in Valencian waters (Spain, Western Mediterranean) they have also to look for other non-living ‘species’: plastic, textile, metal and other materials that are found polluting the seafloor.

Félix Rodríguez de la Fuente was a Spanish naturalist and broadcaster, reference of a fight for the environment to any Spaniard since his acclaimed documentary series “El Hombre y la Tierra” was aired on TV. During this summer campaign of dives his words of a society of waste, of our times being those of a Waste Age, resonated clearly on my mind. He was a visionary, talking in those terms as early as 1972 on national TV. I hope now that more people had been carefully listening to his wise words. It is sad to go diving to encounter one of the most beautiful animals of our coasts and spend your morning collecting debris from the seafloor. This situation has been the norm for most of our summer dives and may be a consequence of the increased number of beachgoers during these months, being Alicante’s coast a hotspot for tourism in the Mediterranean. To understand the magnitude of the problem, we have to link the increase of sea-related activities during summer with the lack of environmental awareness of the population in general and our decision-makers (politicians, technicians, stakeholders) in particular. 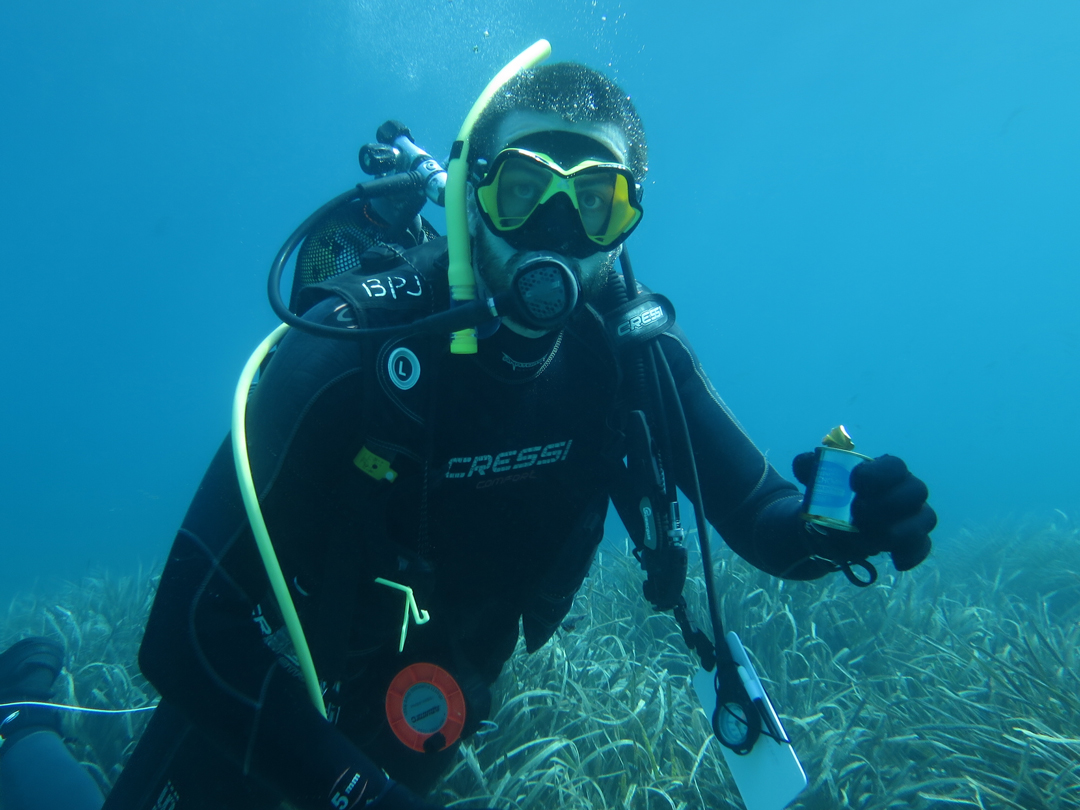 A can of olives found at Posidonia oceanica meadows in Moraira (Alicante, Valencia region, Spain). Sometimes when looking to find wildlife you get the chance to see the impacts that humans exert on natural environments. Photo © Associació LAMNA

When having a general overview of the project before it started, we gathered as much information as we could regarding spiny butterfly rays and their populations in the Mediterranean. Knowing that the main threat for batoids in this sea is their interaction with fisheries (either as direct catch, bycatch or as accidental catch with no economic value) and that our project wasn’t covering an area where professional fishing takes place, we also looked for other threats that these populations are facing. The Mediterranean Sea is a very closed sea with historic and geographic peculiarities that make it prone to suffer environmental problems with more intensity than other regions of the world. I would like to focus on two of these problems: shifting overpopulation (driven by mass tourism) and pollution (a broad problem including marine debris). Both are linked, because in our waste-generating society overpopulated areas tend to be managed badly. 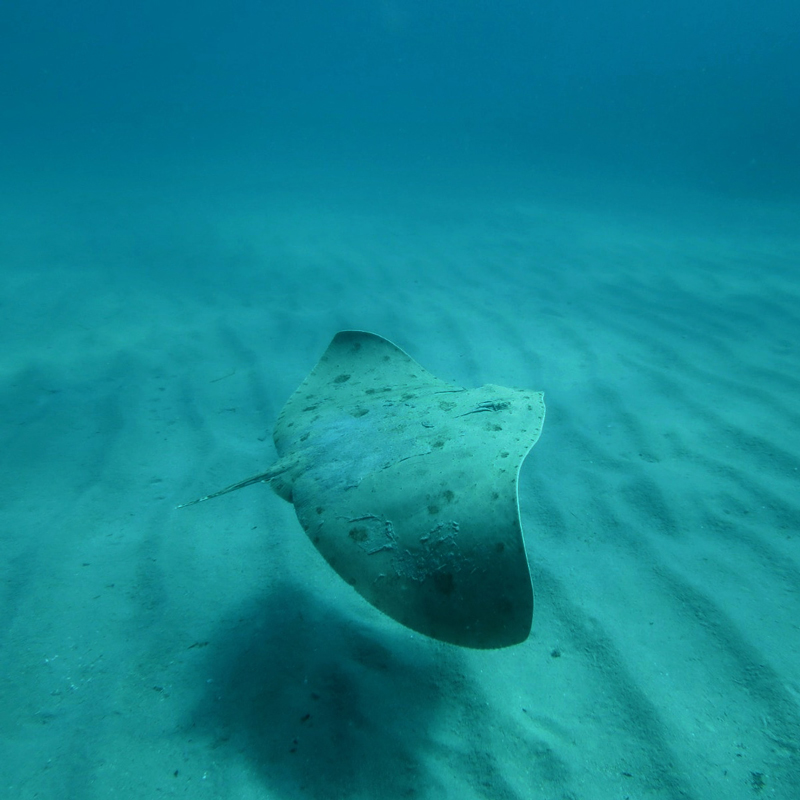 A butterfly ray swimming over the sandy bottom in the Mediterranean near Moraira (Alicante, Valencia region, Spain). Species linked to the bottom of the sea or feeding from it are more likely to be affected by marine debris that ends up sinking. Photo © Associació LAMNA 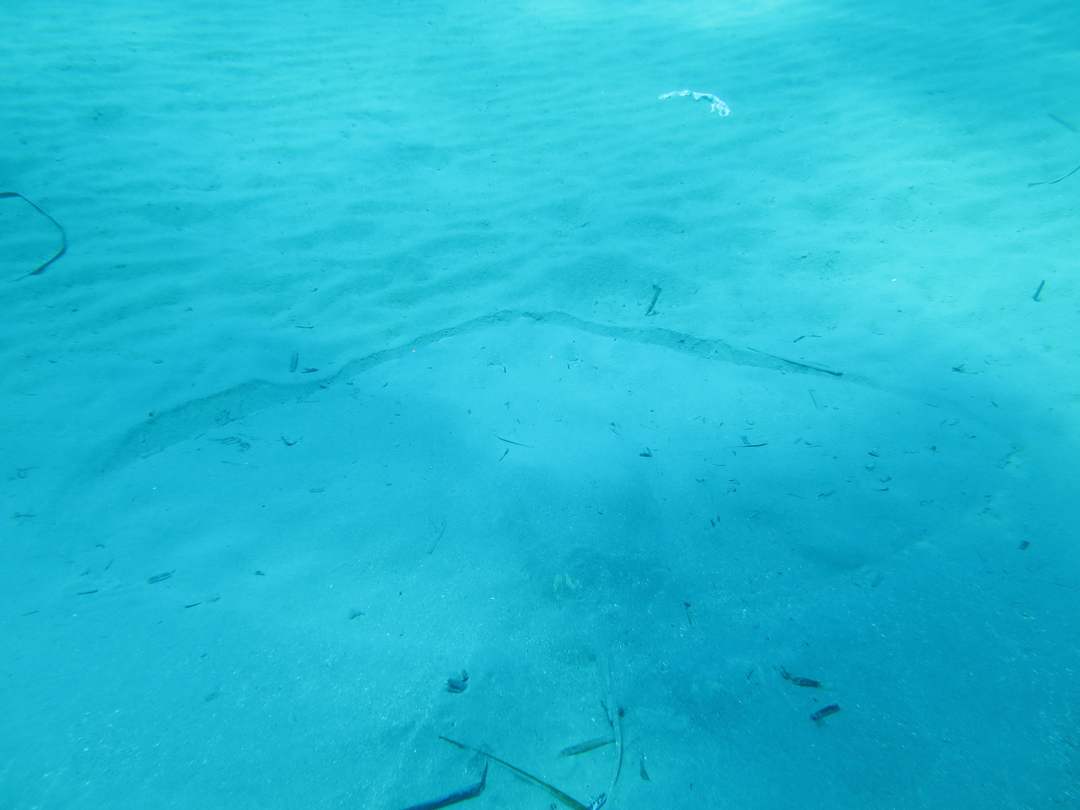 A butterfly ray hiding underneath the sand in the Mediterranean near Moraira (Alicante, Valencia region, Spain). Note the white tissue resting at the sea bottom, seafloors all over the Mediterranean suffer from waste pollution. Photo © Associació LAMNA

The main problem with massive tourism is that the locations where tourists go normally are not prepared for that amount of people coming and leaving in short spans of time. Both business (from restaurants to hotels) and private individuals usually rely on single-use items for this period of the year. In addition, waste management (from street bins to sewage treatment plants) are usually overwhelmed and cannot cope with the problem. This, applied to a coastal area, ends up with waste arriving in the sea. We have been dealing with all sort of objects (tissues, towels, shoes, diving fins, diving masks, bottles, cans and even barbecue tongs) during all summer. One cannot ascertain with precision the effect of tourism for spiny butterfly rays, but I can assure you it is no good. We are still working out the effects of tourism on the behaviour of these rays, but, it is easy to foresee negative consequences. 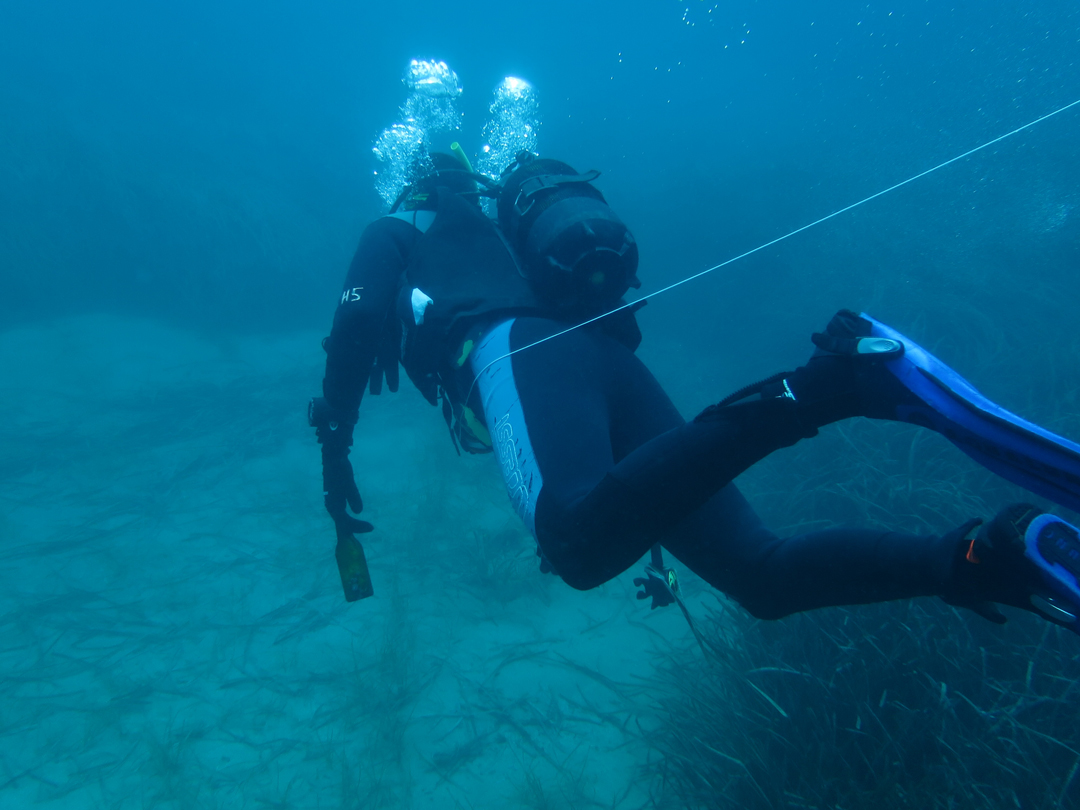 Looking for butterfly rays with a beer bottle carefully stuck in my index finger. Sometimes you have to get creative when your pockets are already full of other debris. Photo © Associació LAMNA