Peter Bushnell, project leader for the Save Our Seas Supported project on the Conserv ation and History of the Greenland shark, cannot really blame them. He reports from the fjords of Eastern Greenland, where the water is very close to freezing and icebergs dot the horizon. 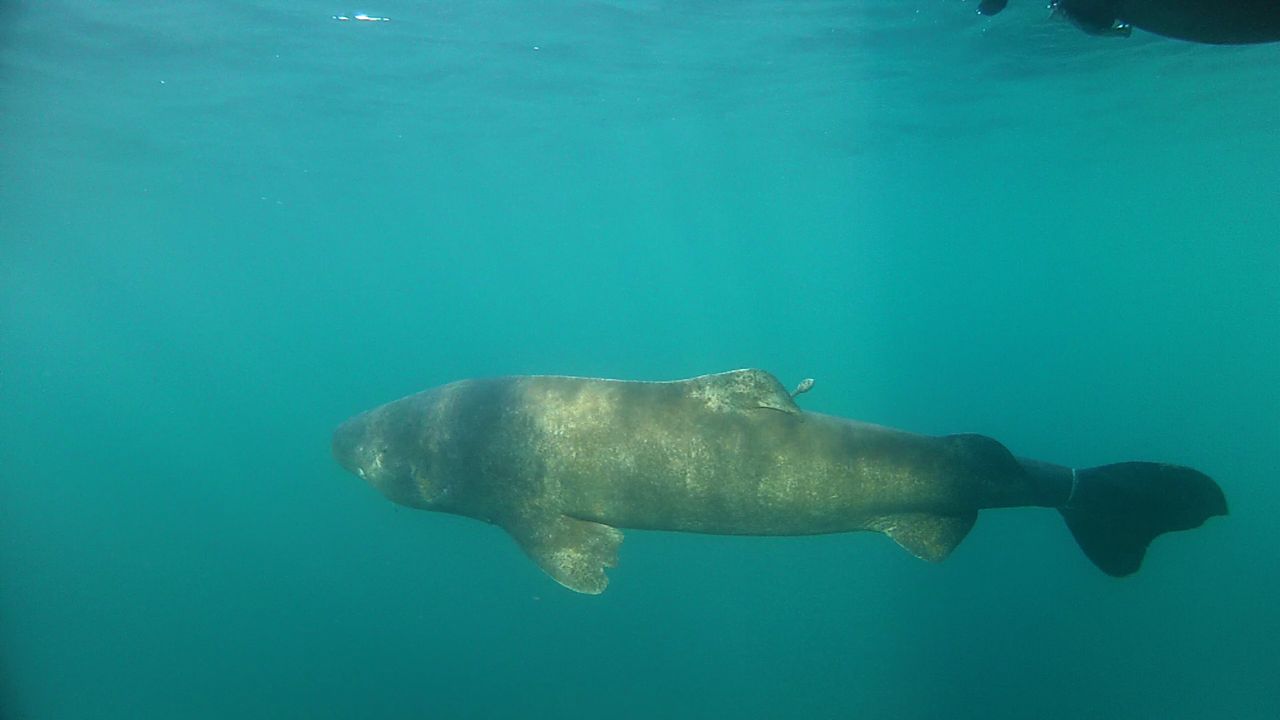 Twenty scientists interested in all facets of Greenland shark ecology have ventured here on the R/V Dana to spend a week studying this beautiful creature. Although the crossing from Iceland 2 days ago was a bit rough, the weather has calmed considerably, so deep in the fjord, protected by mountains on all sides, it is like a lake. Speaking of deep: the team has set longlines at 300-500 m (900-1200 ft) and have caught numerous Greenland sharks ranging in size from 3-4 m (9-12 ft). Thanks to the generous support from SOSF, they are able to buy 4 pop-off satellite tags which will record water temperature, depth, and light levels as the sharks carry them on their backs. The tags are programmed to pop-off the sharks 9 months from now at which time they will float to the surface and beam their stored data to satellites overhead.
They, in turn, will relay the information to land-based listening stations which process and decode the data which eventually results in a data file delivered to our desktop computers for further analysis. As of this evening all four of them of them were deployed. Peter and his research team hope to use this information to better understand the long and short term movements of these fascinating animals in order to improve conservation efforts. But in the meantime, they are focused on getting a few more satellite tags out and gathering morphometric data to be able to confidently estimate mass based on their length.

When the internet connection is on again, Peter will update us other goings-on here in Greenland!