The life history of sharks is remarkably different to that of bony fishes in that only about 40% of shark species lay eggs (are oviparous). The majority of sharks are viviparous. Viviparity means that fertilised eggs are retained inside the female’s uterus until she gives birth to a small number of relatively large neonates – similar to mammals. Both of our study species, the blacktip reef shark and sicklefin lemon shark, are viviparous and this is advantageous for us as it provides an important insight into their species-specific biology.

We record the state of the umbilical scar on every juvenile shark we capture, and this gives us the following information about the animals:

1) Approximate age
An open umbilical scar indicates that the shark was born during the past few weeks.

2) Size at birth
An open umbilical scar enables us to establish the average size sharks are at birth and whether or not there is significant variation in the size of the neonates of our two study species. 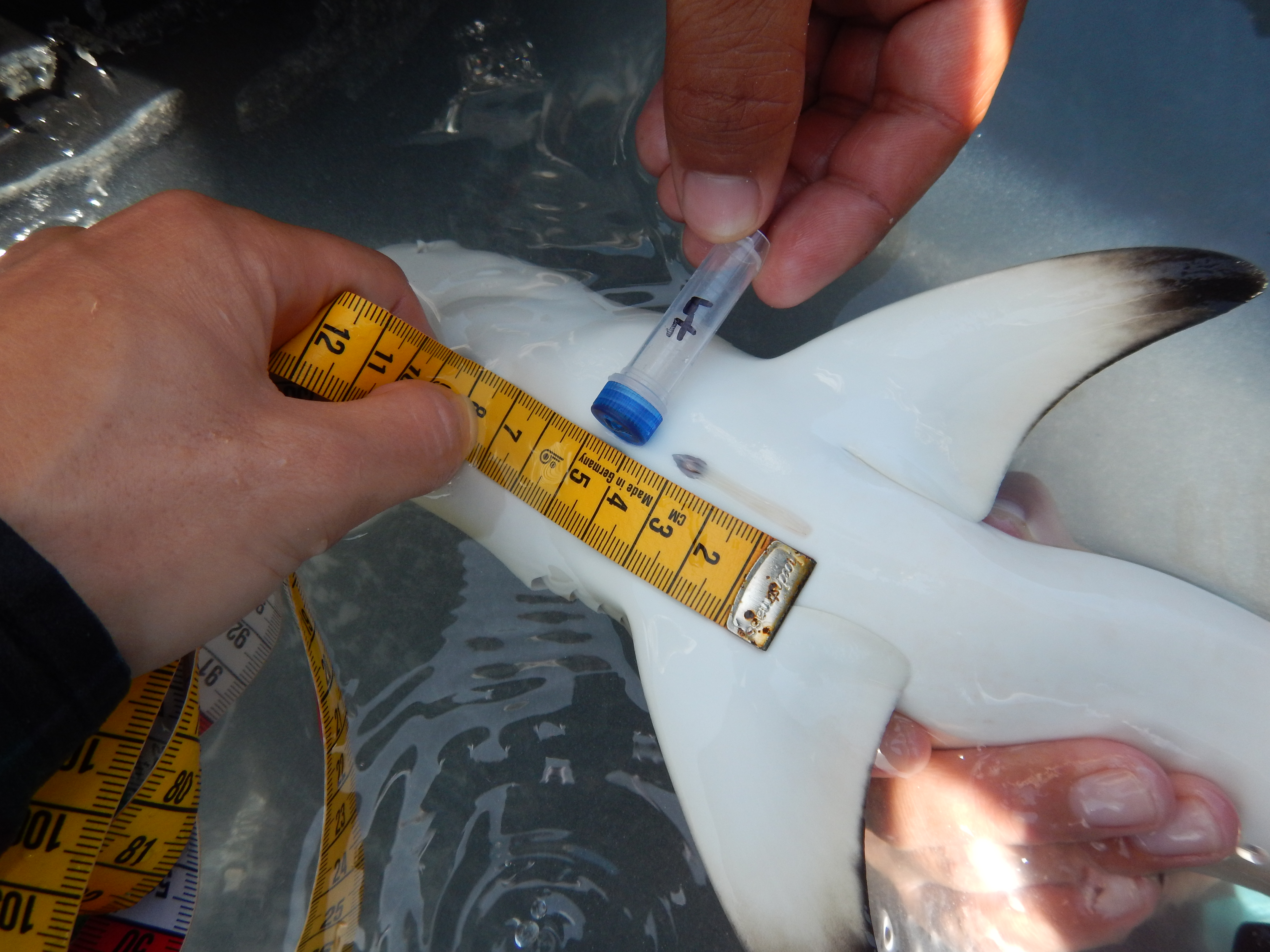 Taking a picture of the umbilical scar of a neonate blacktip reef shark. On a few neonates, we have even found parts of the umbilical cord still attached, indicating a very recent birth. Photo by Ornella Weideli | © Save Our Seas Foundation