Trials and Tribulations of Endemic Catsharks.

People’s eyes are often drawn to the big and eye-catching. From scaling the largest mountains to building the largest skyscrapers. So much so with wildlife, where people often go on safari to see the giant elephant, a pride of lions, or a band of gorillas in the mountains of Rwanda. Even marine life is not spared from this, where people’s attention is drawn to the big and charismatic: the great white sharks.

It’s no denying that there are reasons why we are attracted to them so much. The awe that fills us after seeing an approaching elephant, the roar of a lion, the chest-beating gorilla, or the breach of a great white shark, is often indescribable to people who have never experienced such a thing.

But these animals rarely exist in a vacuum. They’re part of a large ecosystem, full other animals, some similar in size, others barely visible to the human eye, who all play an important part in making sure their ecosystem fully functions. When we open our minds to the smaller animals in our ecosystems, often we see things we would never have noticed beforehand.

Southern Africa is well known to be the home of the great white shark. But alongside this charismatic animal, the area is home to over 110 other shark species. This includes a large number of sharks known as Scyliorhinidae, the catsharks, some of which are only found in this area of the world and nowhere else. Located further down the food chain, these animals are often overlooked when people refer to sharks. While the majority live deep down in the ocean and are often bland in colour, there are some species that are quite striking to see.

Amongst the many catsharks you can find along the South African coast, one looks like he might as well have rolled out of bed, and the other looks like he copied his pattern from one of Africa’s big cats. These two sharks are known as the pyjama and leopard catshark. Amongst the vast diversity of sharks found in this area of the world, these two quite stand out with their unique patterns. They’re found all along the shore of the south and east coasts of South Africa, yet, very little is known about them. Genetically they’re very closely related to each other, being almost evolutionary brothers. The science history of these two animals has been severely lacking, with a lot of reference books describing their ecology in rather broad terms. In recent years scientists have become more and more interested in how these smaller shark species fit within the complex ecosystem of South Africa. And with the impact of human activity and climate change increasing around the world, what effect would these events have on these two closely related species? 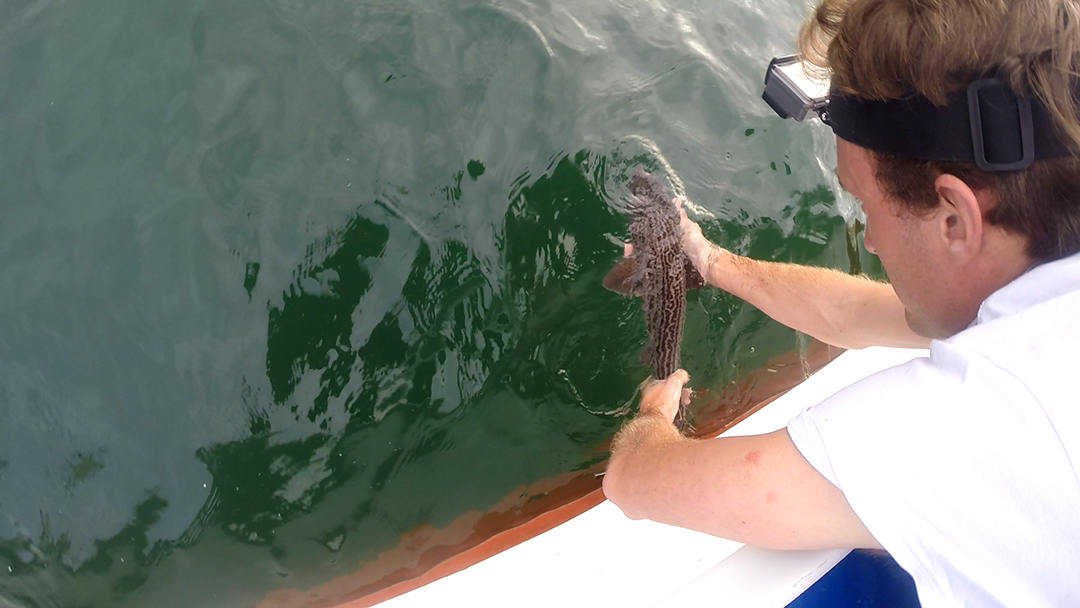 To start answering these questions, first, you need to know how many there are, what role do they play in the ecosystem, and where do they go?

Using a variety of methods, scientists were able to answer some of these fundamental questions surrounding the ecology of the pyjama and leopard catshark. This has shown that there are some interesting differences between these two species. In the study area of Mossel Bay, the two species were present in quite different ways, with the pyjama catshark was far more abundant than its evolutionary brother. But while the leopard catshark’s abundance remained consistent, the pyjama catshark’s abundance was slowly taking a downward trajectory. This is quite the problem if this species is heavily impacted by recreational and commercial fishing and climate change. Another human-induced impact was seen in the diet of these animals, whereby the pyjama catshark was more likely to eat discarded fish waste floating around, such as sardine offcuts or discarded bait. But while the pyjama seemed to prefer anything floating around, the leopard catshark was rather picky in its food preferences, preferring to stick to squid and octopus. 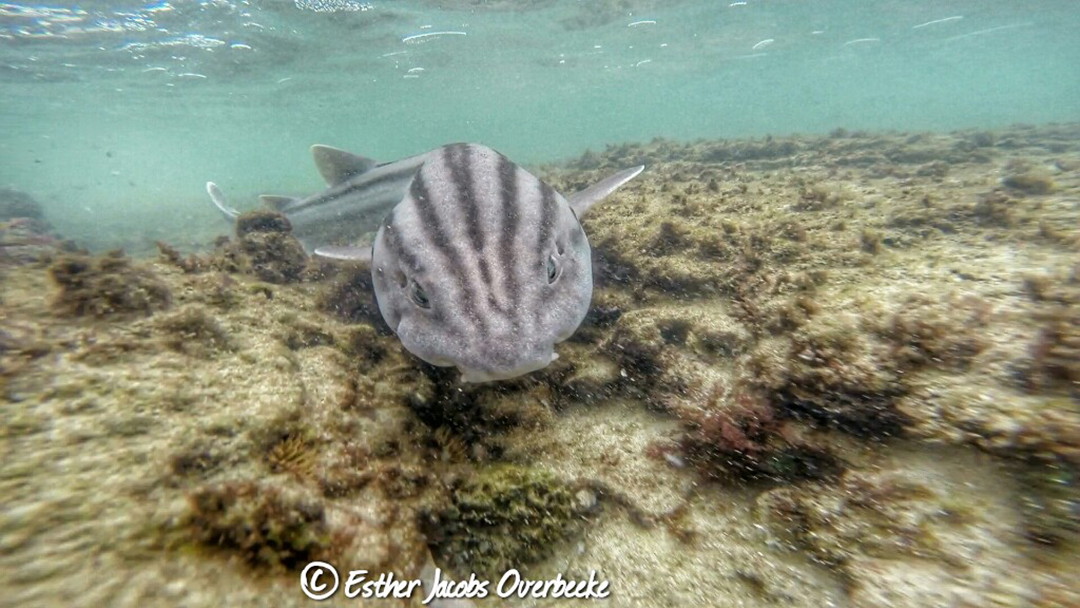 And to finally see where these animals go, scientists use a technology known as acoustic telemetry. By placing a transmitter inside the animal that sends out a coded signal, scientists are able to know where it moves to. When the animal swims within range of a listening station, known as an acoustic receiver, the station is able to ID the coded signal it will store it in its storage drive. Over 200 receivers have been placed to track a whole variety of fish, shark and ray species. This requires massive coordination and collaboration, and luckily the Acoustic Tracking Array Platform (ATAP) makes sure everything runs smoothly, and data from receivers all around the coast end up with the researcher who’s looking for the tagged animals. Using this amazing technology, the pyjama catshark showed to be quite the mover, often travelling long distances despite its small size. But the leopard catshark preferred to move in inshore waters, often no deeper than 20 meters. Now, this makes it more prone to be caught by recreational fishermen, who often fish in these waters.

The combination of these results shows that, like sharks higher in the food chain, catsharks are quite impacted by human influence on the environment, whether that is due to fishing, or human-induced climate change. This can be seen in their declining abundance, changes in diet to scavenge on food scraps, or their natural movement limited to inshore waters where they’re prone to capture. With our attention often focused on the larger animals, we must not forget what our effect is lower in the food chain. That’s why scientists often look at animals that are not big, that is not pretty, or animals that don’t inspire us with awe. But these animals are often just as important, and what happens to them can seriously influence an ecosystem.