Tourism impact: the end of the peaceful days

When looking for spiny butterfly rays in Valencian waters (Spain, Western Mediterranean), the researchers have to confront the fact that during summer months the waters are infested with one of the most famous Mediterranean species: the tourists. 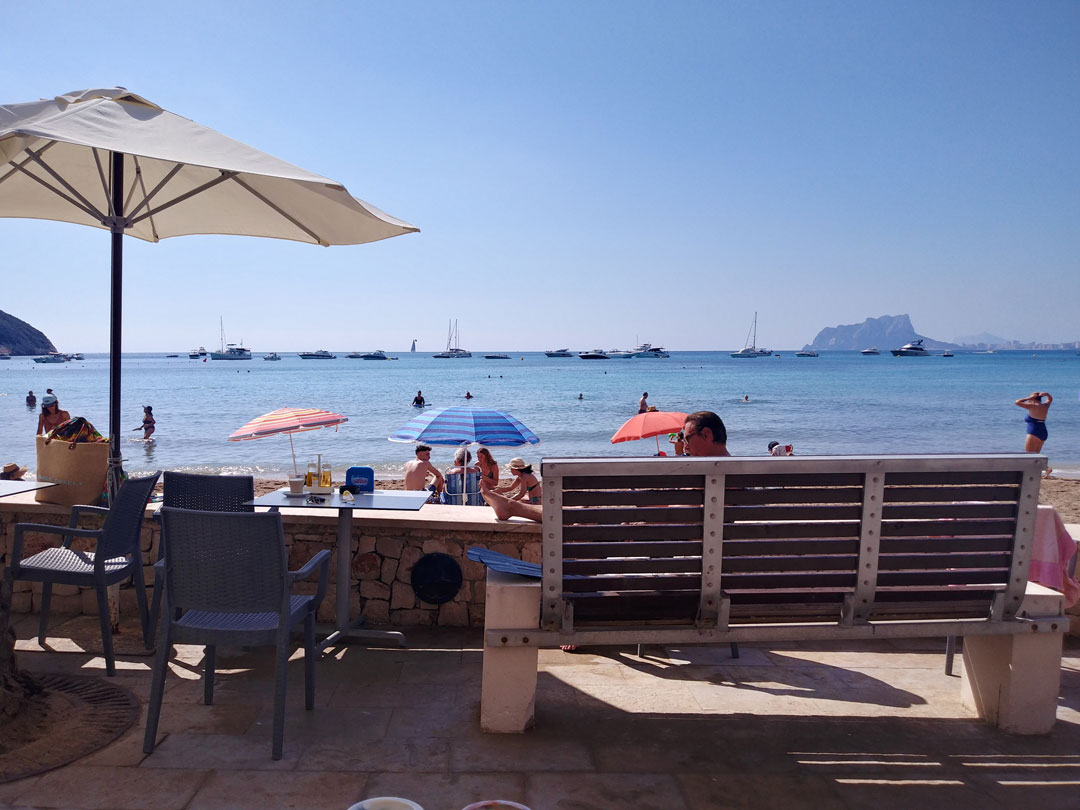 I am so glad that the summer days are over. Do not get me wrong, I’m all in for long, sunny days and nobody expecting you to show up at the office. But this year was different. After four months of diving for the project, I was looking forward to the warmer months. Two consecutive hour-and-a-half dives with a wetsuit in February can leave even the best divers cold for a whole day. I expected everything to go smoother as the project got momentum, more experienced on-the-field researchers, less logistic mistakes and the expectation of kinder weather were enough to lift up the spirits a little and leave some room for optimism. I wasn’t expecting that we were truly going to experience the end of the peaceful days. 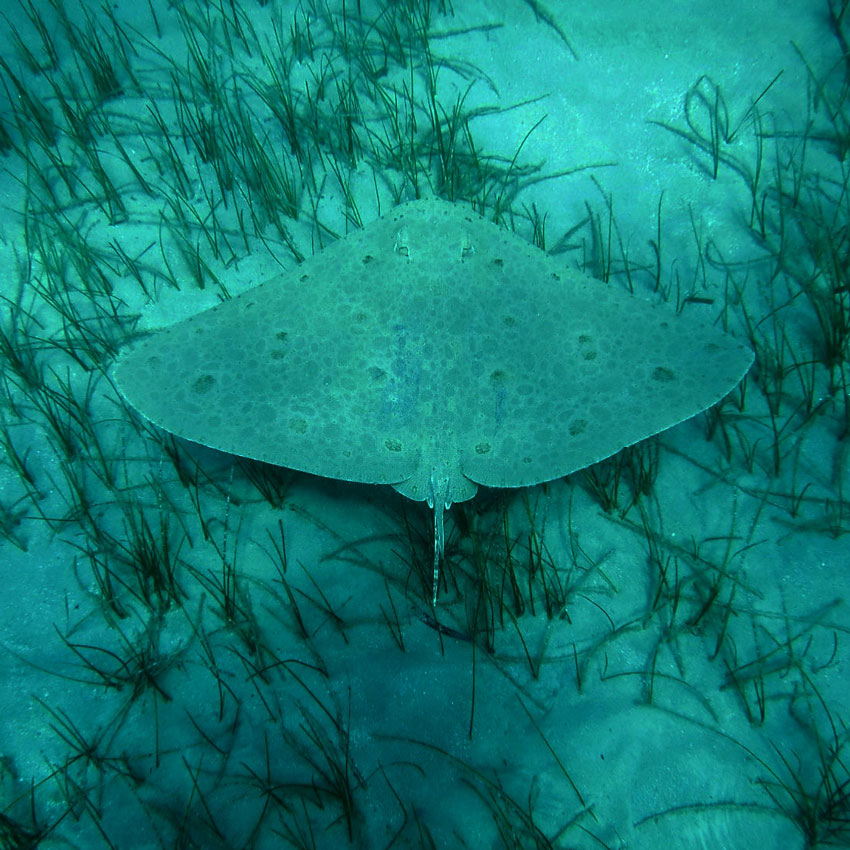 A male spiny butterfly ray gliding over Cymodocea nodosa fields in the Mediterranean near Moraira (Alicante, Valencia region, Spain). The beauty of the image fails to show the sounds of motorboats in the surface, six meters above the diver. Photo © Associació LAMNA

Regarding these problems, there is a day of this summer campaign especially etched in my mind. Just arriving at the beach and preparing all the equipment I noticed something was off-key. In front of us, a fleet. Not even overstating. 32 ships in a small harbour of less than two square kilometres. Six sail ships, nine big motor ships, seventeen medium motorboats. Not even counting the two jet ski and the four people on their paddleboards. The first day of summer and we were already invaded. Obviously, when I write about it in terms of an ‘invasion’, some will think about it as an exaggeration. I cannot fully describe my experience with words to make you understand. During the months of winter and spring, doing the dives for the project was the most relaxing part of our month. Just you and the Mediterranean Sea surrounding. During summer it was a completely different experience. We were always looking to the surface worried about the ships and their anchors, as the sounds of their motors travelled through the water and made them sound like they were right above us. 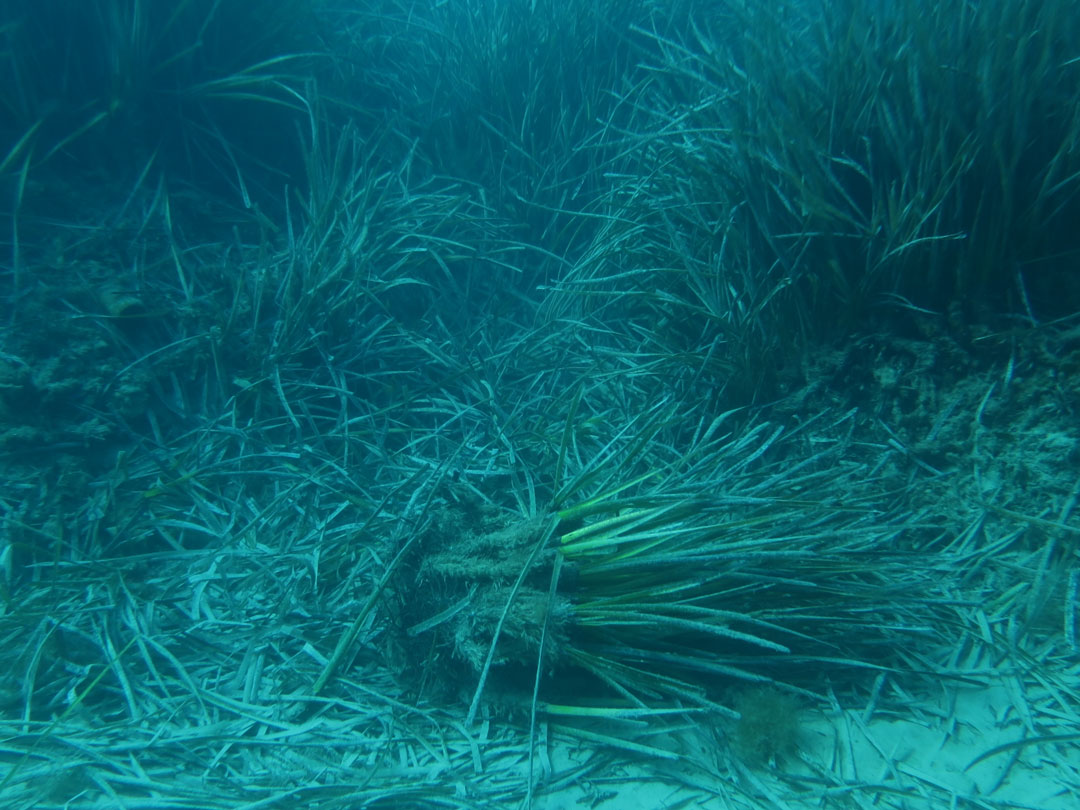 Destruction of a Posidonia oceanica plant produced by an anchor. Protected by the Spanish law. The lack of resources to control the area results in Posidonia meadows unprotected from bad anchoring practices and other threats. Photo © Associació LAMNA

One of the first results of this summer campaign is the lower number of rays encountered in comparison with previous months. We kept finding some marks in the study area but it was very rare to find any specimen in comparison to previous dives. Such observations possibly indicate that spiny butterfly rays use the nearshore area during the night before heading towards deeper areas in the daytime (a behaviour we had not seen on previous months). Additionally, we observed that anchoring practices are producing an important impact on the seafloor, which may affect spiny butterfly rays too. Anchors not only destroy meadows of Posidonia oceanica, degrading the environment and producing a carpet of destroyed foliage over the sand that interferes with rays’ camouflage, but also the chain attached to them remains loose and keeps ploughing the sand which has a detrimental effect on any animal that lives on the sand or uses it to rest or hide, as is the case of spiny butterfly rays. 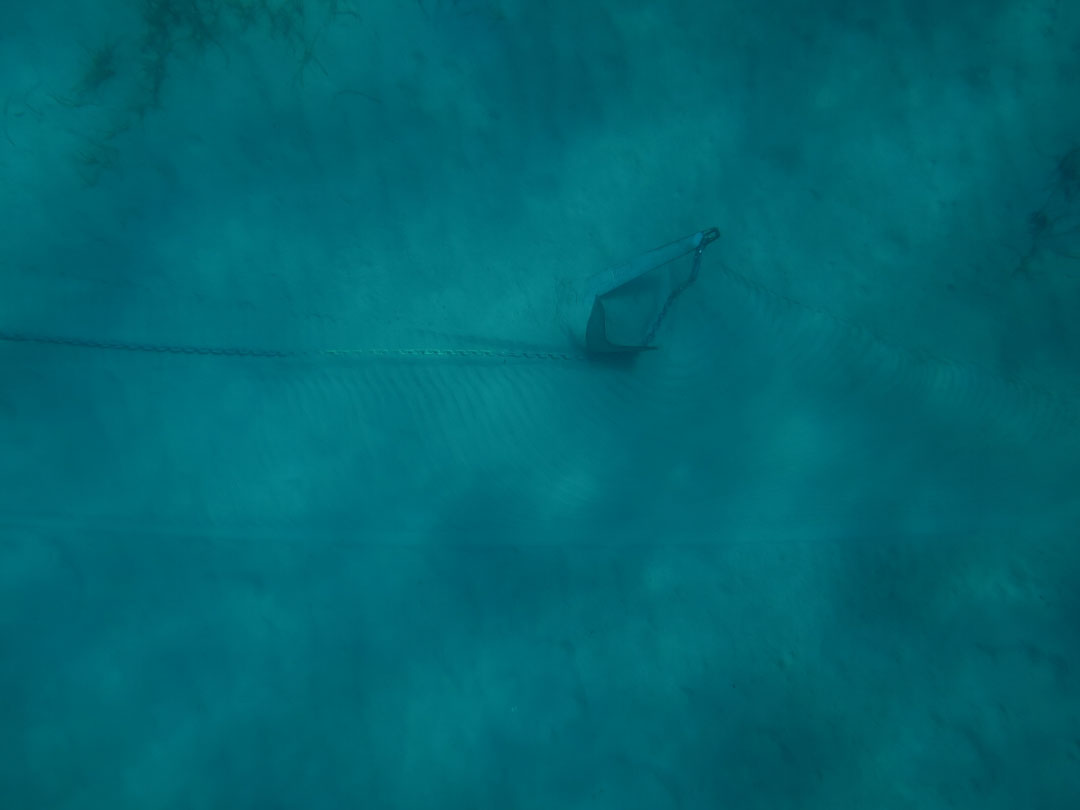