To Kill for a Gill!

3 AM. Pitch black outside. A quick dip under the cold shower to wake up and I head off. Just an hour’s drive north of the capital is the small fishing village of Negombo, one of the largest landing sites and whole-sale fish markets in Sri Lanka. The village is dead at this time of the night but across the bridge is total chaos with people bustling around, cyclists dodging workers laden with fish, trucks trying to park as close to the market as possible and most of all the constant noise as auctioneers call out the prices of fish that are thrown off the boats onto the pier lit up under an eerie glow of fluorescent lighting. Baskets of skipjack tuna scattered alongside lines of larger yellow-fin tuna, billfishes, and pelagic sharks but my attention is focused on the piles of mobula rays next to the occasional gigantic oceanic manta ray! 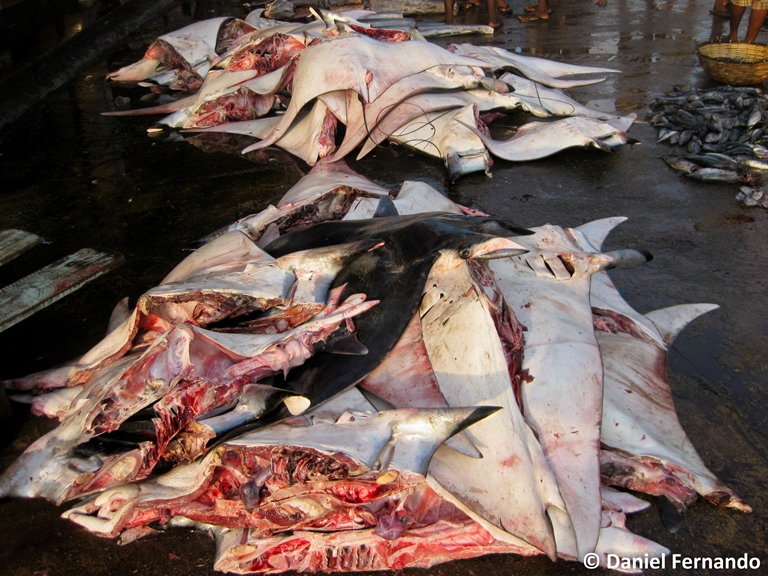 Piles of Mobula japanica at the fish market

The mobulid rays which have been cut up in halves are hauled up from the ice holds inside boats and tossed onto the concrete floor of the pier splashing water and blood onto those that venture too close. I quickly collect the data that I have come for – species identification, measurements, photographs and the necessary tissue samples. The bidding for the rays ends in a few minutes and the buyers drag their purchases to their individual sections of the market. Cutters move in, working skilfully and efficiently to cut the head away from the wings which contain the bulk of the meat that is sold off to retailers who might sell small quantities of it fresh, but more often than not take it away for sun-drying, to be ultimately peddled as low-quality dried fish. 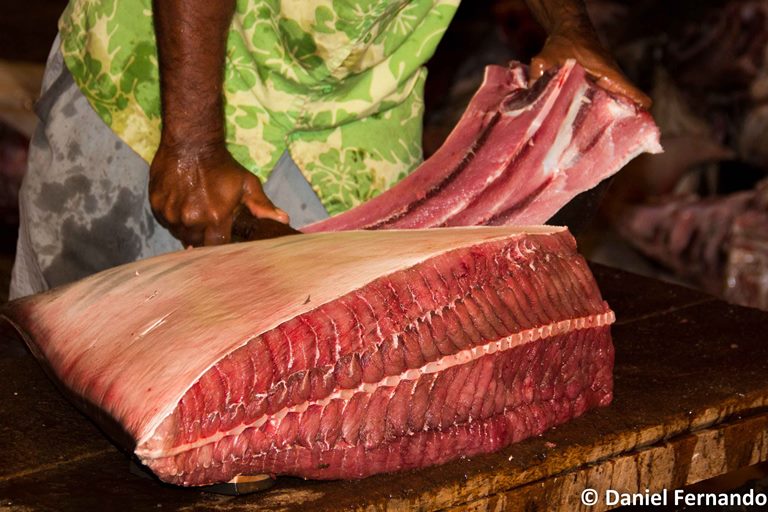 As the sun rises, the butchery ends and any discarded remains are pecked at by crows or scavenged by stray dogs. I follow the trail of gill plates to a nearby opportunistic processing facility where they either process tuna, sharks or rays – all depending on availability at the market. Here the heads of mobulid rays are carefully cut open and each individual gill plate removed – after all these are the most valuable parts! The gill plates are then laid out to dry under the scorching tropical sun. 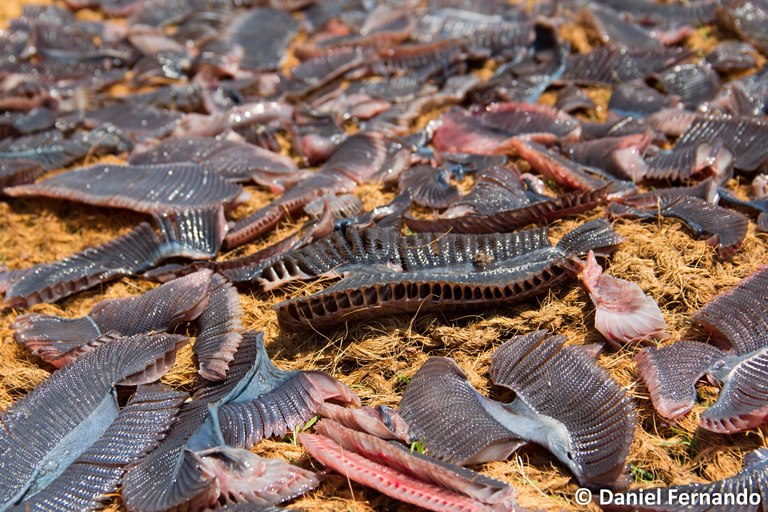 Gill plates being dried in the sun

After a day or two of drying at the most, they are packed up and sent to whole-sale exporters who ship these dried gills to East Asia where they end up in the Chinese Medicine Trade. 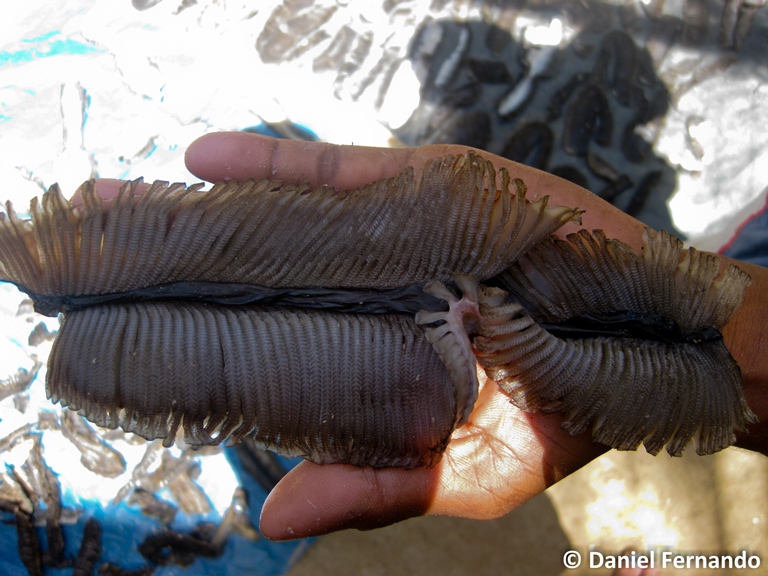 As I drive back home accompanied by the lingering smell from the market, I remember swimming with the graceful manta rays in the Maldives, hoping that we can make a change and convince policy makers that there is a viable and sustainable alternative than to kill for a gill!