To catch a sleeper

A Pacific Sleeper Shark captured by the research team with which the project leader works. It was tagged and released soon thereafter. Photo © Michael Wang
By Michael Wang, 17th May 2022

There are times when the only viable way to learn about a marine animal is by first catching it.  Such is often the case with animals that are exceedingly rare or that live in habitats that are exceedingly difficult to access. The Pacific Sleeper Shark fits under both of these categories, in fact, it wasn’t until the 2019 California swordfish season that I even became aware of the shark’s existence in the waters off of Southern California.  That year, a few Sleeper sharks had been reported caught by fishers using deep-set buoy gear, an artisanal gear type that was developed by the research team in which I’m now involved.  Although the design of deep-set gear allowed for the sharks to be released unharmed, I’m reminded of the first time I saw sleeper sharks caught by fishing gear, and these sharks did not share so fortunate a fate. 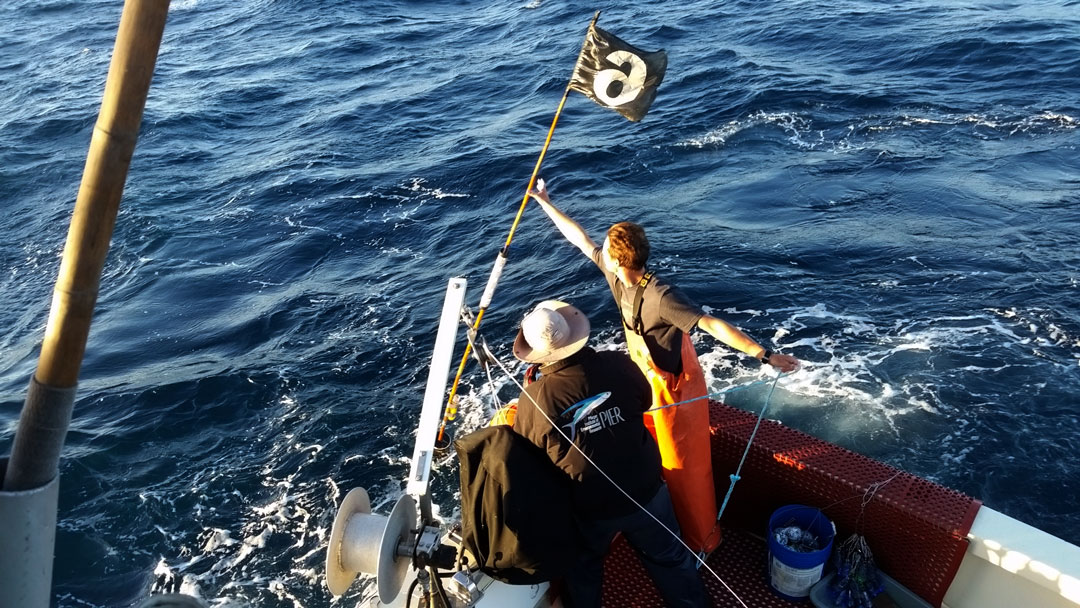 I was aboard an industrial bottom trawler targeting arrowtooth flounder when I first witnessed the Pacific Sleeper shark in the Gulf of Alaska.  I was a fisheries observer, tasked with collecting and reporting catch and location data to fisheries managers in near real-time.  I’d seen all kinds of animals move across the conveyor belt of the below deck factory line, and recorded countless fish species with the clinical detachment of a mortician.  However, the net seemed oddly heavy and misshapen on this day, the unknown contents of which piqued my interest.  I couldn’t quite distinguish what it contained, but when I saw the immense size and volume of the animals as they dumped from the net into the holding tank, I ran down to the factory to get a closer look.  When I arrived, the workers had already begun the process of removing them.  They were nearly a dozen sleeper sharks and they were monstrous-each longer than a sedan and wider than a refrigerator.  Their appearance, lumpy and deflated with small beady eyes and unusually wide, flat teeth was grotesque but unobjectively cute.  What I’ll never forget, though, was the haunting sound produced as each shark was tied by the tail and slowly lifted over the side.  It can best be described as a series of pops like a firecracker going off- the sound of each vertebral element breaking free from the last under the immense strain of the shark’s own body weight.  They’d certainly never swim again.

By nature, fishing is a disruptive activity.  It scours the bottom, entangles and ensnares, teases and attracts, deters and excludes.  Unsurprisingly, the most industrial and high-yield gear types are also the most disruptive and unselective, having the highest levels of unintended catch or “bycatch.”  The lack of selectivity associated with disruptive, industrial gear types comes, at least, with an unintended plus side- it gives us a good idea of the animal communities present in an area and the habitats they prefer, widening the window into the subsurface world that we otherwise cannot see. By contrast, the gear type I now work with is designed to target swordfish with very high selectivity, and thus the animal communities with which swordfish cohabitate are not often caught as bycatch and remain largely unknown. The design of the gear is quite simple- a hook and line setup with indicator buoys to alert fishers that something is on the line.  But behind this simplicity is cutting edge technology and innovation, and it’s my job to help rig and deploy the gear for development and testing.  The effectiveness of the gear is remarkable, with swordfish making up over 90% of the catch.  So you can imagine everybody’s surprise, much less my own, when we hauled the gear one day on our 46’ research vessel Malolo to discover none other than a Sleeper shark, alive and in great condition, more than 2000 miles from when I’d first seen one years ago. 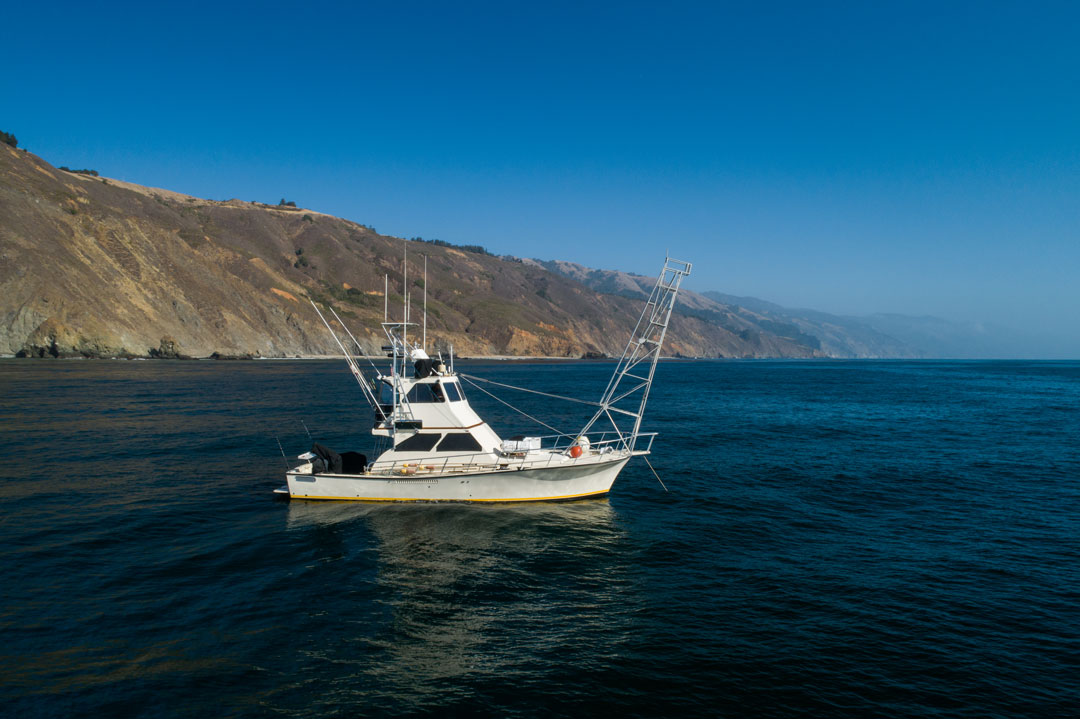 An aerial Image of the research vessel used in the tagging efforts for this project-the 46’ R/V Malolo.  The Malolo is berthed in Oceanside Harbor in California and is used by the Pfleger institute of Environmental Research in its many tagging and gear development projects. Photo © Ralph Pace.

A few days later we’d catch another one.  We affixed a tag to its back and sent it on its way.  It was the beginning of a new chapter in my interactions with sleeper sharks, one that would finally bridge the gap between curiosity and understanding.

Mike’s idea for satellite tagging Pacific sleeper sharks came about while working on a larger project to find better ways to harvest local swordfish around San Diego, California. When sleeper sharks started appearing regularly as bycatch on the swordfish fishery gear, Mike decided to tag them to understand how they use their deep ocean home – and how we can avoid or reduce future entanglements. By collecting information on light levels, depth, water temperature and animal movement patterns, this project can bring to the surface much-needed life history information to aid the conservation of Pacific sleeper sharks.