Age is an important factor for fishes in the ocean as it directly links to the animal’s physiology, life history, ability to reproduce and ultimately population resilience. One conundrum, however, is how to age sharks. Age in sharks is closely correlated to size which, in turn, relates to classifications in fisheries regulations. One popular approach to fisheries management is to use age-structured fisheries models. Such models require accurate information of age to estimate growth rates, mortality rates, and size at maturity. However, despite the clear importance of age information to fisheries regulations, longevity in many sharks remains unclear.

How do you age a shark?

The most common way is adopted from ageing bony fishes using an ear bone in the head of a fish called the otolith. The otolith commonly displays a series of bands or rings radiating from the centre when cut in half. These rings generally appear as alternating translucent and opaque bands and are based on the growth patterns of the fish. Fish grow quicker in warmer months, spreading out any accretions made to the otolith, giving it a more translucent look. In cooler months when growth in fish is slower, the accretions are very close together, which makes the otolith look opaque. Each pair of translucent and opaque banding represents a year, just like trees lay annual rings in their trunks. For sharks, the same general principle for ageing is applied but to the vertebrae or backbone because otoliths do not exist. 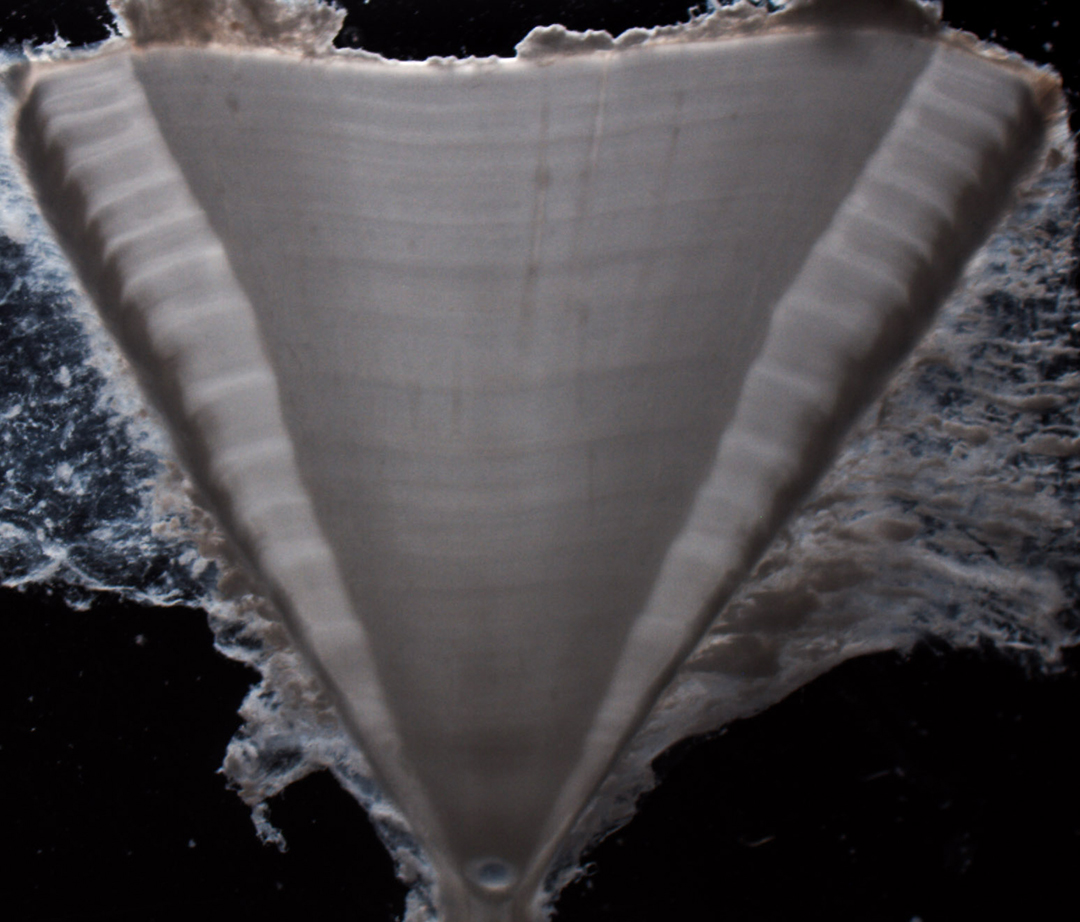 Sectioned vertebrae from a great hammerhead (Sphyrna mokarran). Aging in this technique works by counting the band pairs along the outer edges of the vertebra known as the corpus calcerum. This shark was estimated to be 12 years old. Photo © Vincent Raoult

If ageing a shark is as easy as examining the vertebrae why is there missing information on age for so many species of shark? Unfortunately, many sharks do not display this banding pattern. Several hypotheses exist for the lack of bandings, such as a lack of calcification in the vertebrae or some environmental influence driving a lack of mineralization of these bands. All is not lost, though and researchers have become quite adept in ageing sharks without visible bands. The Greenland shark (Somniosus microcephalus) is perhaps the best example of ageing using alternative techniques. This shark is a large (>5 m) iconic species found in the Arctic but until recently the longevity of these animals was full of speculation. To age this species, researchers turned to a special form of radiocarbon dating linked back to the periods of thermonuclear bomb testing in the 1960s, known as ‘bomb pulse dating’ (Nielsen et al., 2016). Testing of nuclear weapons during the early 1960s and late 1950s doubled the concentration of carbon-14 in the atmosphere, creating a pulse that essentially labelled every living matter at the time with an enhanced C14 isotope value. This timestamp allows all biological material to be chronologically backdated. As the Greenland Shark is considered one of the oldest living animals on the planet, it was highly likely that individuals living today would be carrying this timestamp. Using inert proteins in the lens of the eye, Nielsen and colleagues estimated the age of the Greenland shark to be up to 392 years (plus or minus 120 years). This makes it the longest-lived vertebrate on our planet.

Research continues to expand in its breadth of approaches to answer this critical question for fisheries management. While most techniques appear to be species-specific and many species continue to defy traditional ageing techniques we are excited to see such progress in this field. 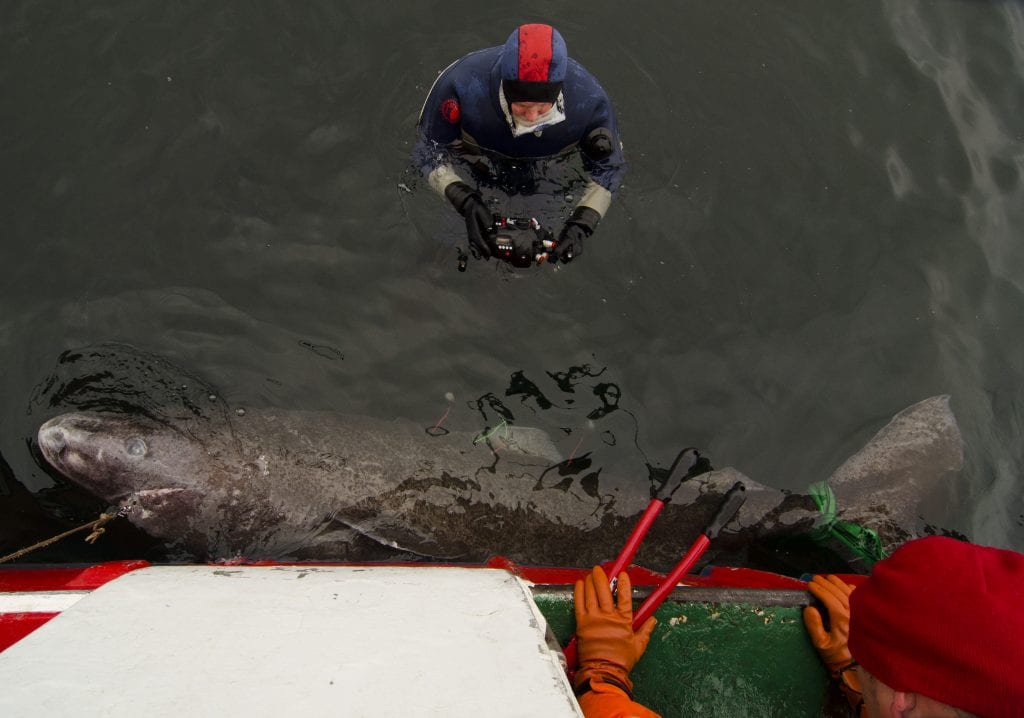 A large Greenland shark lying calmly in the water during handling If the shark begins to roll around, tension on the hook line is reduced to prevent the hook from damaging the animal’s jaws The tail rope then becomes curled, but still keeps the shark fixed without damaging it. © Photo by Julius Nielsen