This is False Bay, on film …

When I’m in the throes of fieldwork, smeared with sardines and sunburnt, it’s difficult to step out of the day-to-day hard work and see the overall conservation story unfolding. However, sometimes the ocean really plays in your favour … and, luckily for me, strong winds and big swell blew in over Cape Town for two days before the Shark Centre’s Speaker Series earlier in July. Leaving False Bay to its heaving and sighing (hurling white water and spitting salt spray at anyone daring to venture onto her waters), I could quickly sit down in front of a computer and pull together bits ‘n pieces from our survey work to show the audience at the Speaker Series.

Now, a degree in Zoology didn’t exactly prepare me for video editing, but I do believe that the video footage and photographs we’re gathering from around False Bay convey far more eloquently the work we’re doing – and why we’re doing it – than reams of paper and black-on-white-words. 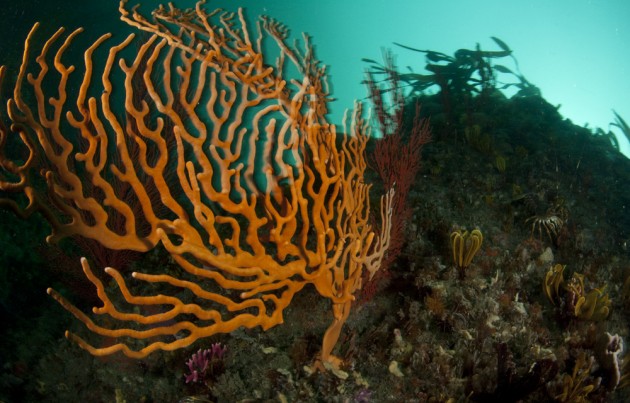 My good friend and colleague at UCT, Otto Whitehead (an MSc student who has spent the past year studying penguins on Marion Island) joined me in compiling this little winter’s tale …

Otto and I believe wholeheartedly in Jacques Cousteau’s adage “When one man, for whatever reason, has the opportunity to lead an extraordinary life, he has no right to keep it to himself”. As researchers, we are privileged enough to access regions of our coastline that most South Africans will never see. Our responsibility is to convey our research, yes, through sound scientific papers and peer-reviewed journals, and to translate it, absolutely, into policy and conservation measures. However, where we are given the chance, it doesn’t hurt to convey our research through film and photography!

Much of the footage from this film that shows our research on the boat was incidentally captured after I’d switched the GoPros on at each site. Now, this might not please a director or cinematographer, but quite frankly, I love the fact that it shows you what we do “out there” unposed and accidentally.

The sea (as much as I love her) is a fickle research subject, and only granted myself and Otto two days to storyboard and edit this film. Our 32-bit processor computers (after sulking, crashing 5 times, throwing numerous tantrums and finally, bravely allowing us to use editing software that our overworked, severely aged and overloaded computers should, technically, not be able to run!) cut that time down to one day (and much of the night …)

However, science has trained us both to be nothing if not doggedly persistant (and I was determined that the audience who joined me on that cold, wintry night at the Shark Centre should benefit from a first-glimpse of our winter footage!), so here is False Bay’s very own Winter’s Tale.

I look forward to interspersing my regular blog posts and short video uploads with a few more of these cinematographic stories during the year!