There are so many secrets in the marine ecosystems of the Galápagos Islands that a young islander can’t leave the sea without being drenched in questions and need of a search for answers. This time, the ocean inspired local students from the Shark Ambassadors Club of the Charles Darwin Foundation (CDF) to learn, explore and ask questions about one of the most emblematic species of the oceans: sharks. 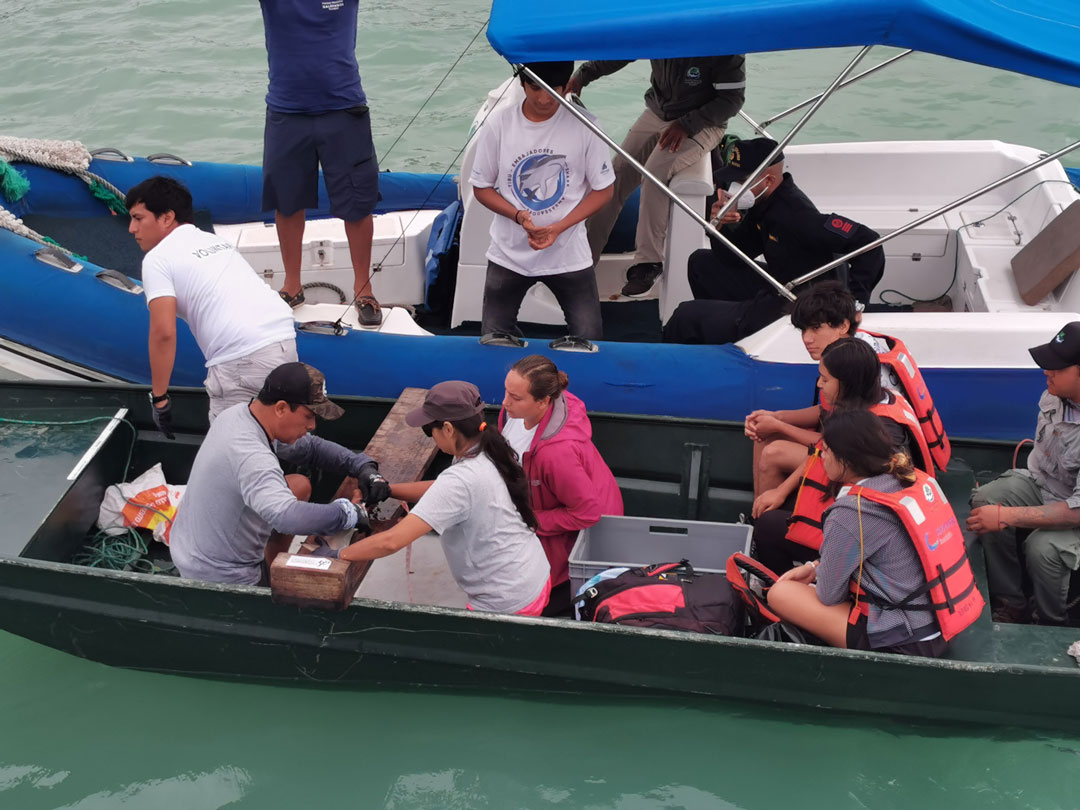 The Shark Ambassadors participating in the monitoring of young sharks led by the GNPD. Photo © David Guijarro

What is known about the Galápagos sharks? How is it possible to study them? Who is working on the conservation of this species? These were some of their questions, which led them to live three learning experiences.

The journey began by joining Eduardo Espinoza, a park ranger who works in the Marine Ecosystems Area of the Galápagos National Park Directorate. The Shark Ambassadors, alongside Mr Espinoza, monitored young sharks at Academy Bay on Santa Cruz Island. They learned about sharks’ behaviour in their early years and the vital role of mangroves as nurseries for these species. Being so close to a blacktip shark (Carcharhinus limbatus), the Shark Ambassadors came out with these inquiries: How is it possible to study larger sharks in the Galápagos open sea? Can other sharks swim deeper? 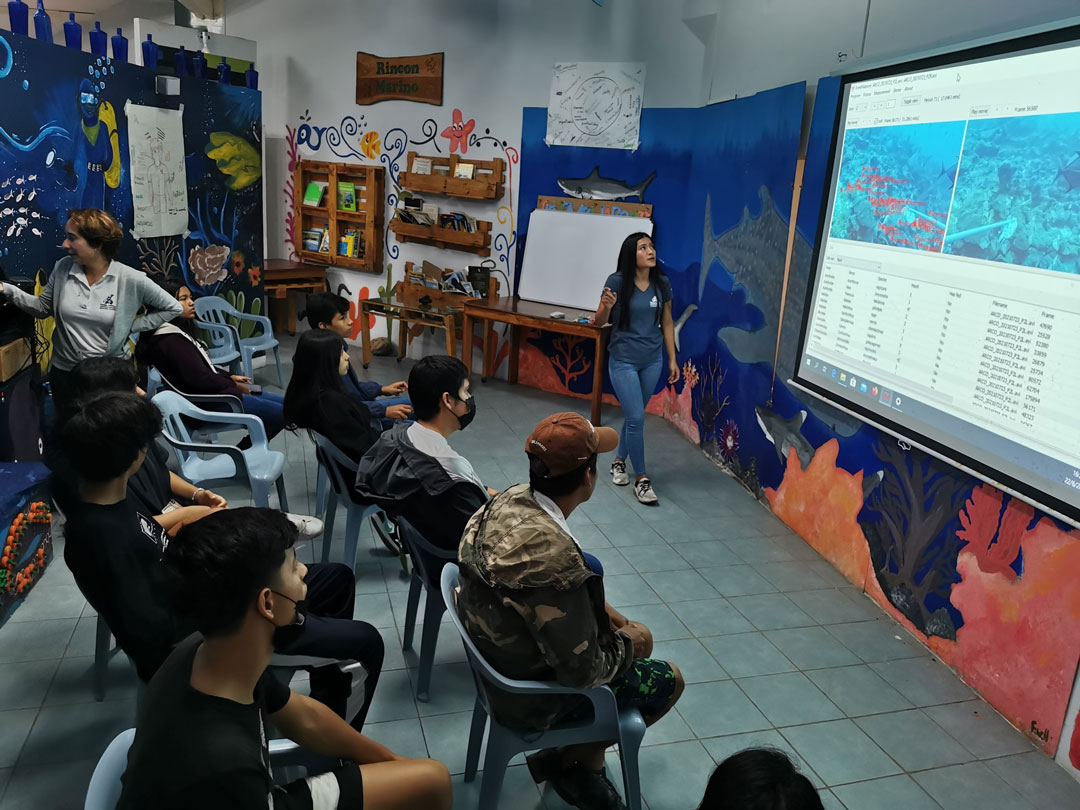 To find out the answers, the Shark Ambassadors spoke with Ana Moya, a Junior Researcher of the Shark Ecology Project at the CDF, and Dennisse Arevalo, a project volunteer. Both taught them about the anatomy, life cycle, main threats, and the methodology used to study sharks in the open sea of Galápagos. The students watched videos taken from the Baited Underwater Camera System (BRUVS) to visualize the data collected and get an overview of the analysis conducted afterwards. They learned to identify images of whitetip reef sharks (Triaenodon obesus) and pictures of several fish species. This activity was perfect for the students to practice their identification skills. 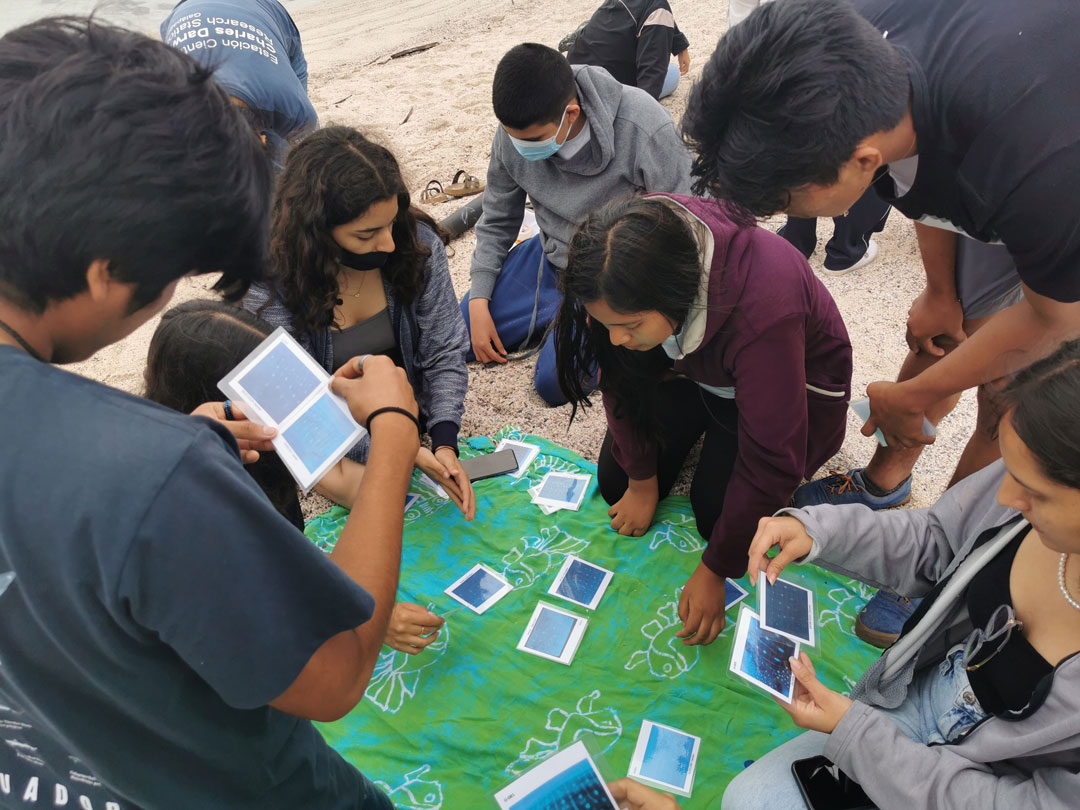 The Shark Ambassadors also met with Sofía Green, a Galápagos Whale Shark Project researcher. They learned about the five techniques used by researchers to collect information from the whale sharks (Rhincodon typus) in the Galápagos Islands. They had the unique opportunity to hear first-hand about the experiences of the latest expedition accomplished by researchers using freediving methods. It was an afternoon at the beach where they learned by playing games like photo identification challenges, trivia questions and more. 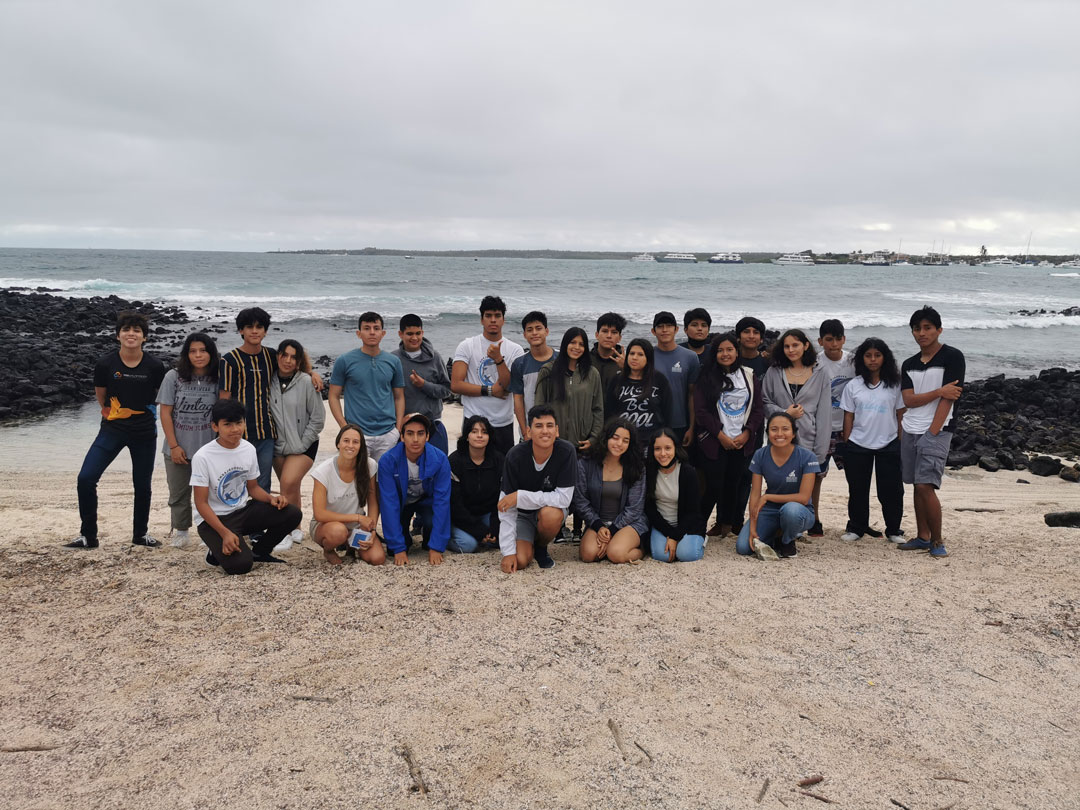 We are pleased to know that the young people who are part of the Shark Ambassadors Club have witnessed the different efforts and collaborations carried out to conserve the sharks of the Galápagos Marine Reserve. They feel inspired and remain curious to understand beyond what they see.