The senses of deep-sea ghosts

The Australian ghost shark (Callorhinchus milii), also known as the elephant fish due to its bizarre-looking nose, belongs to a subclass of the cartilaginous fish family known as the chimaeras, close cousins of sharks and rays. The ghost shark inhabits temperate waters of southern Australia and New Zealand, typically at depths of 200 to 500 m. 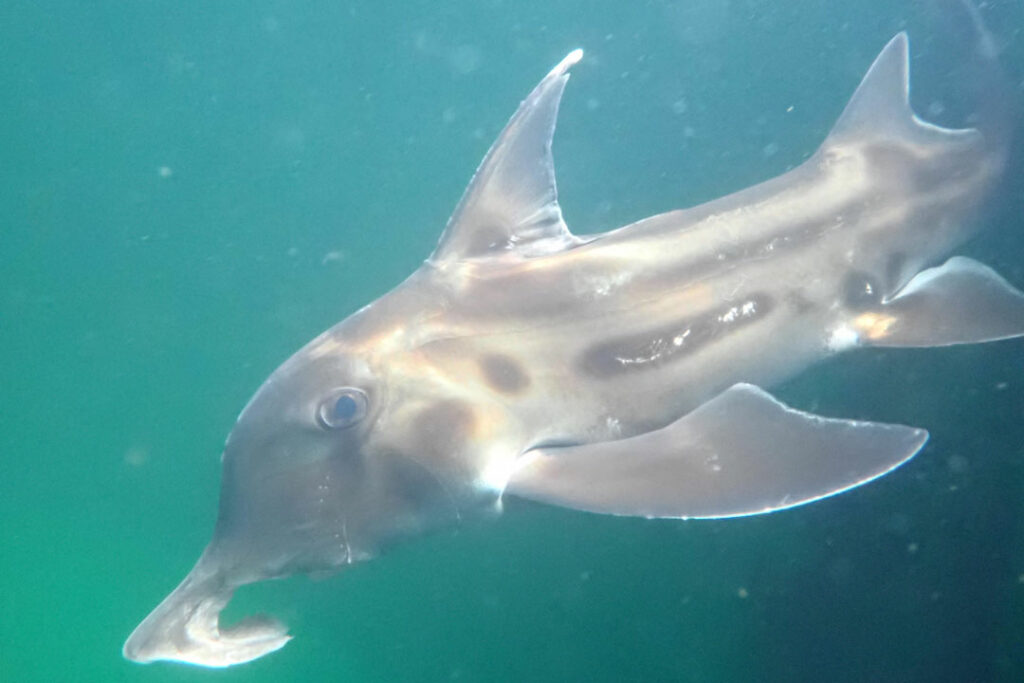 Amazingly, the Australian ghost shark has been shown to have the slowest evolving genome of all known vertebrates and is thus a ‘living fossil’ (even more so than the coelacanth!), giving scientists great insights into the evolutionary history of fish and vertebrates.

As deep-sea inhabitants, Australian ghost sharks have developed a range of sensory organs to live in a deep, cold and dark environment. The first noticeable organ is its hoe-shape snout, which is used to probe the sea floor for small fishes and invertebrates. Another distinctive trait is the lateral line system of the ghost shark, which forms a pattern of groves and tubes on the surface of the skin of the head and allows them to detect flow motion coming from moving prey. These canals are also associated with ‘ampullary’ pores, which are electroreceptive organs allowing the cartilaginous fishes to detect minute electric fields in the water, the same as those found on most shark species’ snouts. 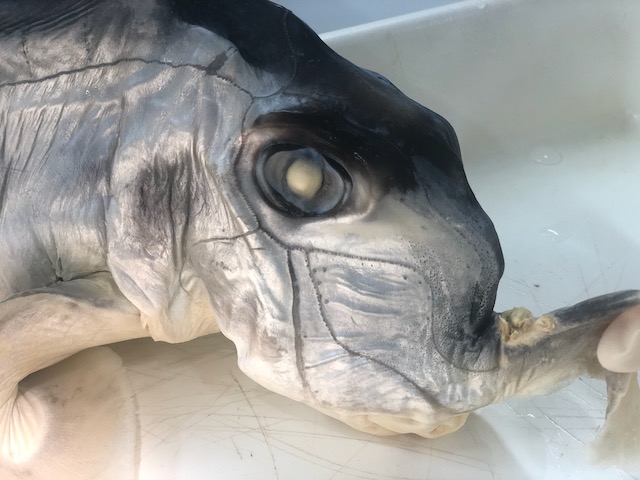 The head of the Australian ghost shark showing the prominent lateral line system and the electroreceptive ampullae. Photo © Lucille Chapuis.

We also suspect that hearing is an important sense for ghost sharks: listening to their surroundings may help them to navigate in the dark. As nothing is known about their hearing abilities, this is what our study is focusing on.

Our work starts with inspecting animals that have been caught by fishermen via by-catch. Fishes don’t have an external ear like humans, but they all have an inner ear, hidden inside the cranium and surrounding the brain. With care, we can extract the inner ear to observe it under the microscope. 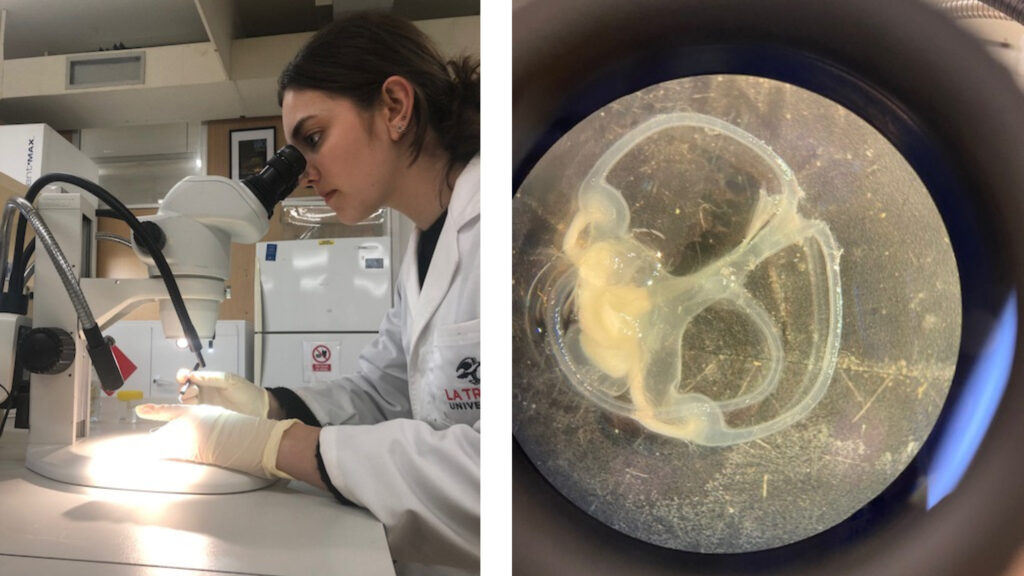 PhD student Hope Robins investigating the ear of a ghost shark (left) and close-up of an inner ear through the microscope. Photos © Lucille Chapuis & Hope Robins.

We will then prepare the precious tissues for a range of bioimaging techniques to have a closer look at what is happening in their ears. By comparing their morphology with other cartilaginous fishes, we may make predictions about their hearing abilities, and thus gain more insights into the amazing sensory biology of these deep-sea ghosts.