The recipe for manta mass-feeding

In an unsuspecting small reef inlet in the Maldives hosts the world’s largest aggregation of manta rays. With the perfect recipe of winds, current, tide and moon phase, Hanifaru Bay becomes a melting pot for large megafauna to feast on tiny nutrient-rich zooplankton. Think 150 large individuals (some the size of a flat VW Beetle car) with unfurled cephalic fins and mouths wide open, racing to scoop up as many speedy animals while this ephemeral hotspot lasts. It can sometimes be a chaotically organised display of manta rays, whale sharks, zooplankton and snorkelers. This unique hotspot nests under the Hanifaru Bay Biosphere Reserve and is managed daily by Rangers who try to mitigate the impact of tourism at this manta ray-feasting restaurant. 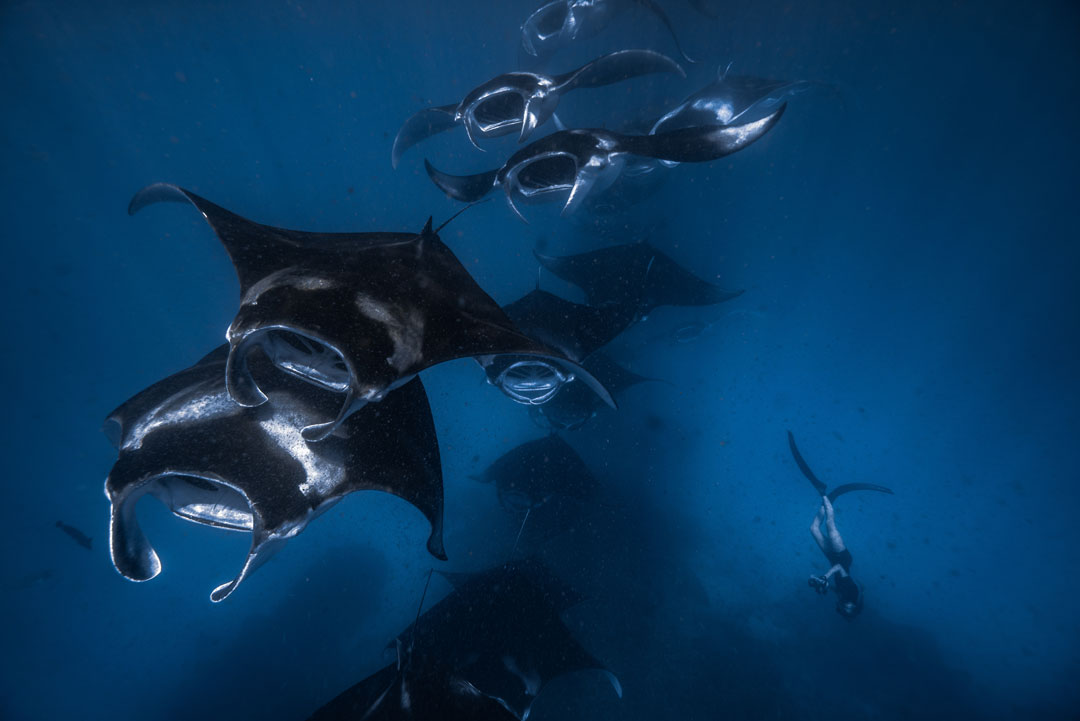 Chain-feeding manta rays in Hanifaru Bay zoom past while a Manta Trust researcher collects as many IDs as possible. Photo © Hannah Moloney

The feeding frenzy is the final display of natural events. This story actually begins in the darkness of the night when zooplankton (tiny animals/eggs) migrate to the surface layers of the outer-atoll waters to feed on phytoplankton in an attempt to avoid predators. During the southwest Monsoon, the prevailing winds and currents sweep these microscopic animals into the shallow water inside the atoll system, where they have nowhere to hide and are at the mercy of many predators. Around the high tide and often over a full or new moon (spring tides), zooplankton is pulsed from the channel over the reef and funnels into the bay, where it back-eddies and becomes trapped in the cul-de-sac of Hanifaru Bay. 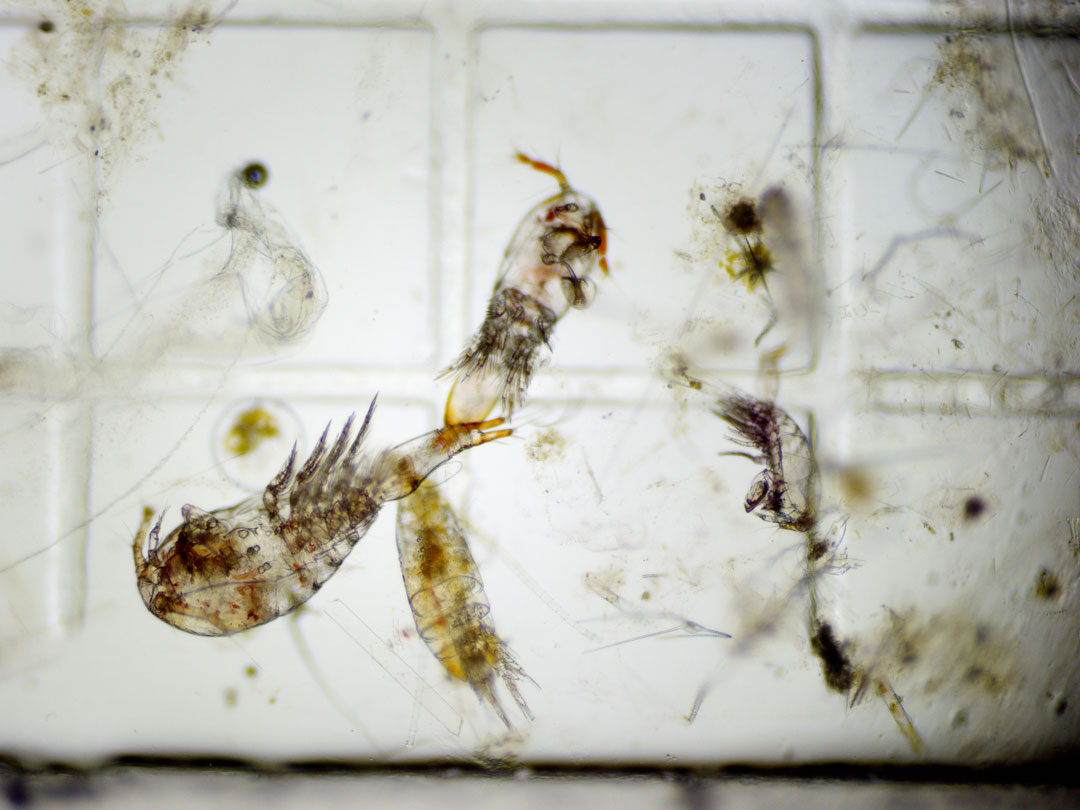 But how and why do the prevailing currents and changes in water properties promote the concentration of zooplankton and, ultimately, manta rays in Hanifaru Bay? This year we set out to investigate the “ingredients” for the perfect recipe that leads to mass-feeding manta rays in Hanifaru Bay. Led by Associate Professor Phil Hosegood, an oceanography study was launched in Baa Atoll, which combines biological sciences with physical oceanography. The study was designed to monitor the physical oceanographic conditions that are driving manta ray behaviour and zooplankton availability in and around Hanifaru Bay.  We used a combination of zooplankton sampling, aerial surveys, manta ray photo-ID and oceanography equipment to address these large overarching questions. 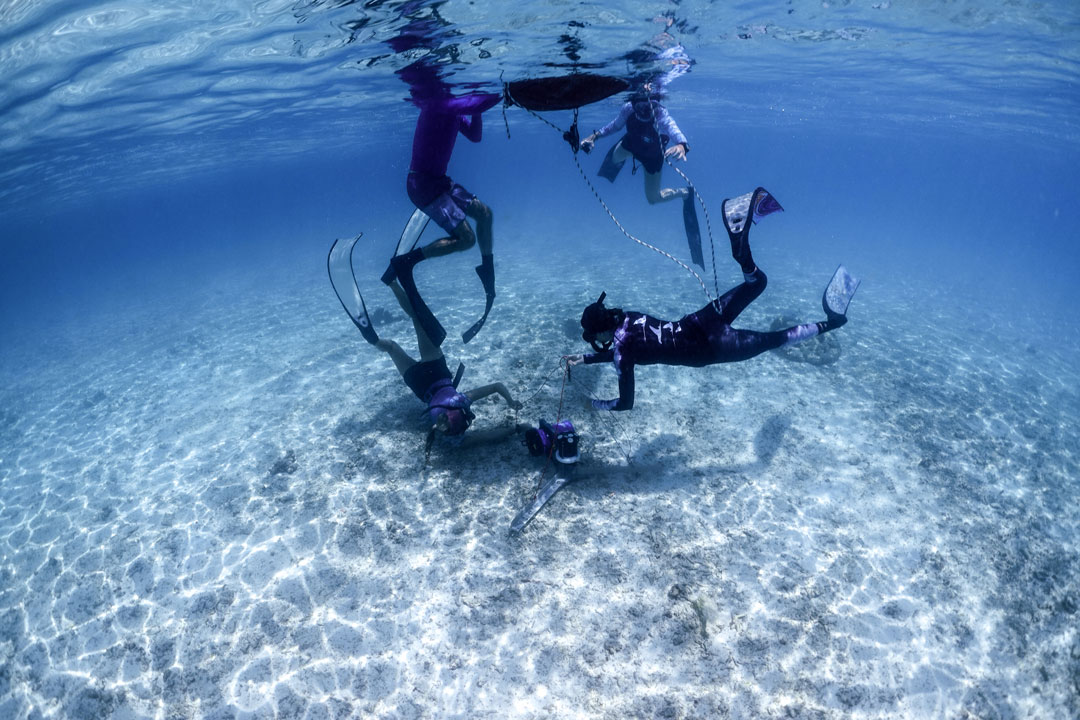 Acoustic Doppler Current Profilers (ADCPs) were deployed in and outside of Hanifaru Bay in 15m water. ADCPs survey the water column using sound, similar to how Fish-Finders on a boat detect schools of fish. The data from this equipment will help us to resolve currents (water movement, temperature and velocity) and zooplankton density inside the bay. Recording at a high resolution will allow us to look at the zooplankton biomass in the water column and what may be preying on it. On October 6th, we recorded a whale shark swimming over the ADCP at the same time that 30 manta rays chain fed (in a line) at the surface. But we will not know what the recording will look like until the equipment is retrieved and the data is processed! Suppose this study shows that we can successfully identify manta rays, whale sharks and zooplankton to a fine-scale resolution. In that case, it could possibly change the way we conduct megafauna research (see Fig 1). 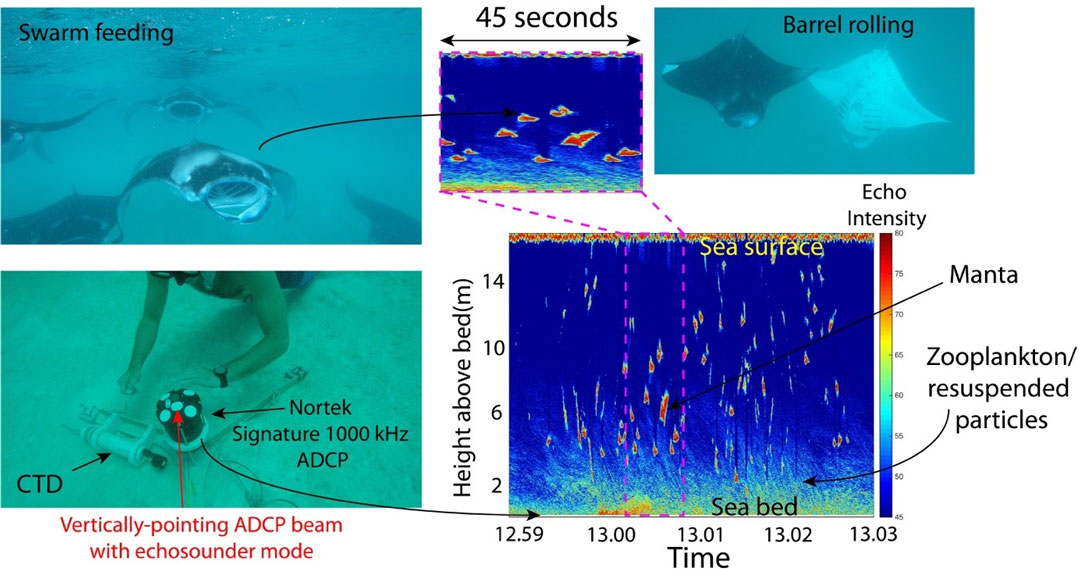 Fig 1. The echosounder output from the ADCP in Hanifaru Bay. Graphic © Phil Hosegood.

With the dark cloud of climate change and the intensity of systems such as El Nino/La Nino looming above us, it is more important than ever to understand what drives these natural systems. A changing climate threatens to decrease zooplankton biomass by up to 50% in some tropical regions, affecting food availability for manta rays and other planktivores. This study will help us to understand what drives the world’s largest feeding aggregation of reef manta rays and how we can aid conservation efforts into the future, protecting the habitats that they call home and the food they call dinner. 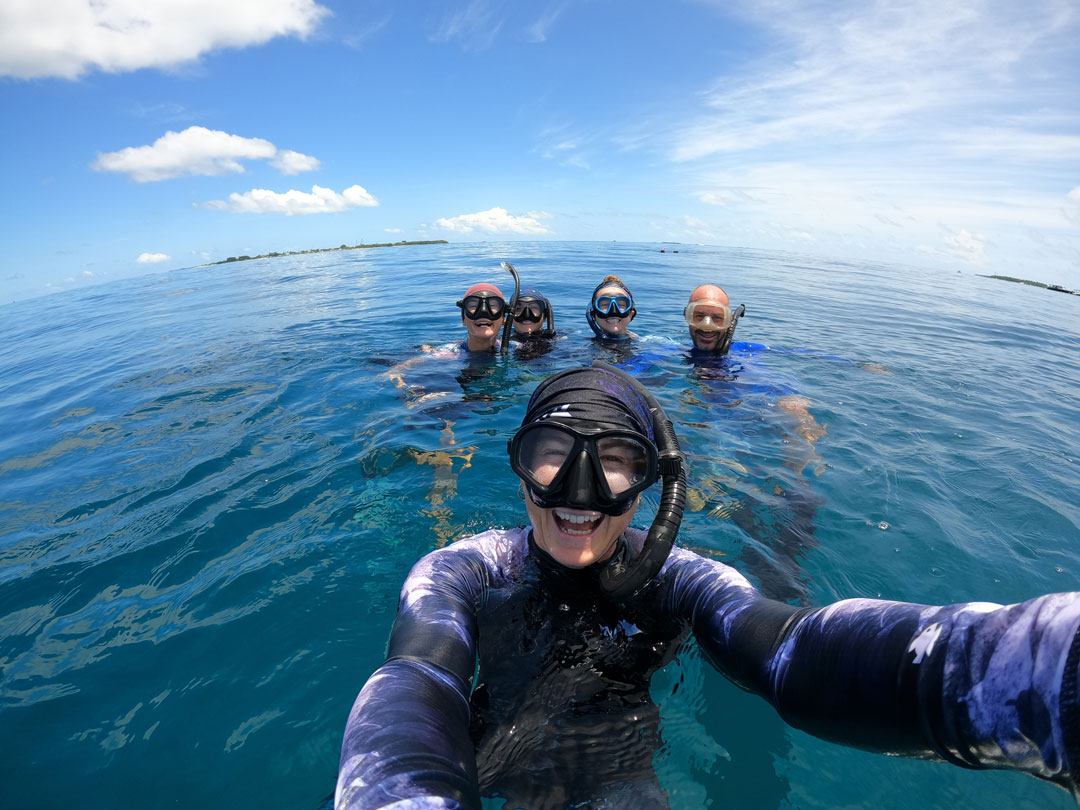