The elusive mantas of the Chagos Archipelago 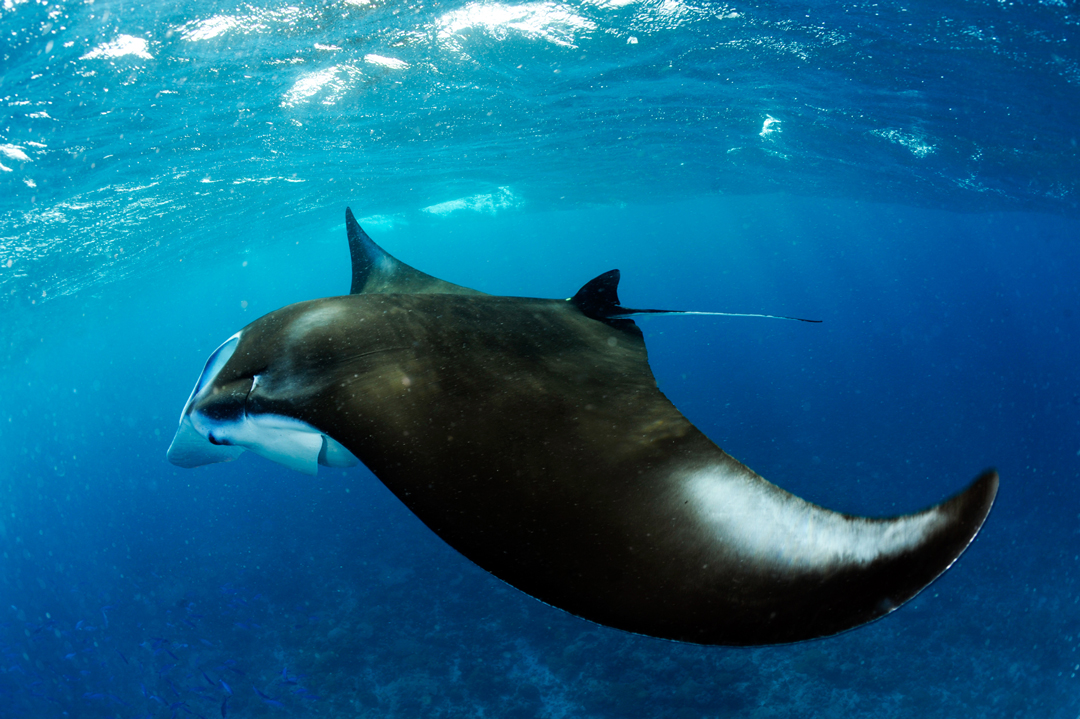 Manta rays are undoubtedly amongst the most charismatic marine species, so it’s no surprise they are always found on the top of every ocean lover’s wish list. It has been estimated that through tourism they generate a global revenue of more than 140 million US dollars annually and thus their beauty plays an important role in the economy of a number of island countries, including Indonesia, Japan and the Maldives. Sadly, as is often the case when it comes to natural wonders, there is a dark side to the story. Manta rays are targeted by fisheries globally to supply a growing demand for their gill plates. These are used in Traditional Asian Medicine, where they are believed to have a variety of healing properties. This targeted fishery, coupled with by-catch and the effects of climate change, are posing serious threats to the long-term survival of manta rays. 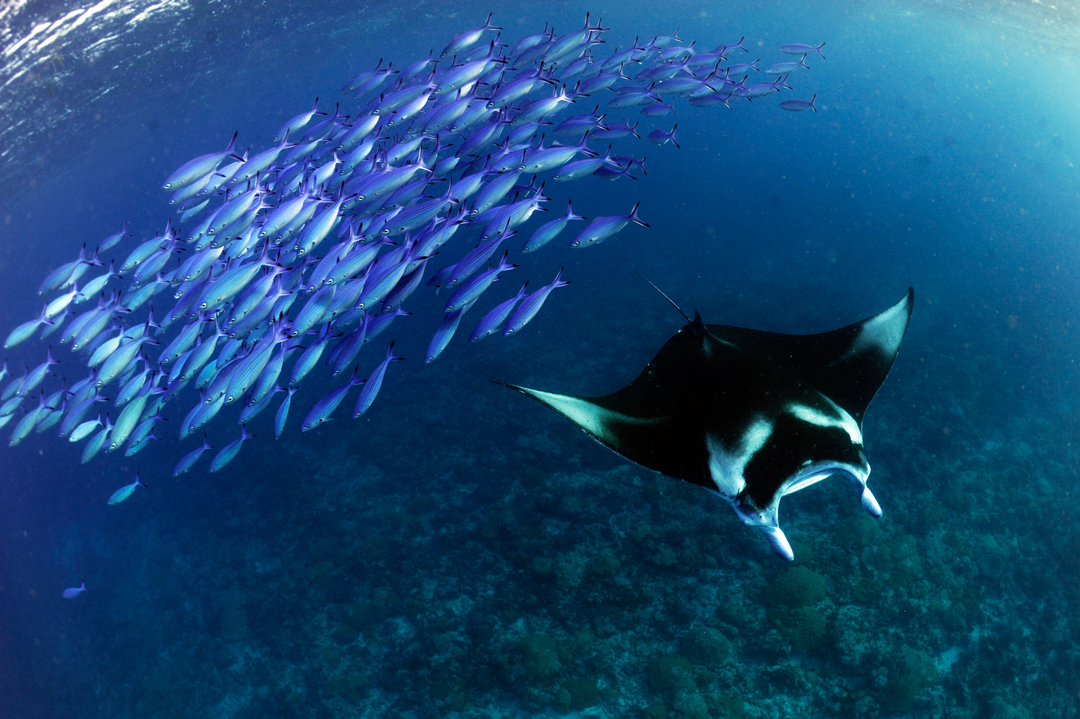 An understudied population of reef mantas exists in the British Indian Ocean Territory (BIOT). However, it is unclearwhether the Marine Protected Area (MPA) status of the archipelago and the lack of commercial fisheries and tourism are sufficient to guarantee the survival of this remote population. 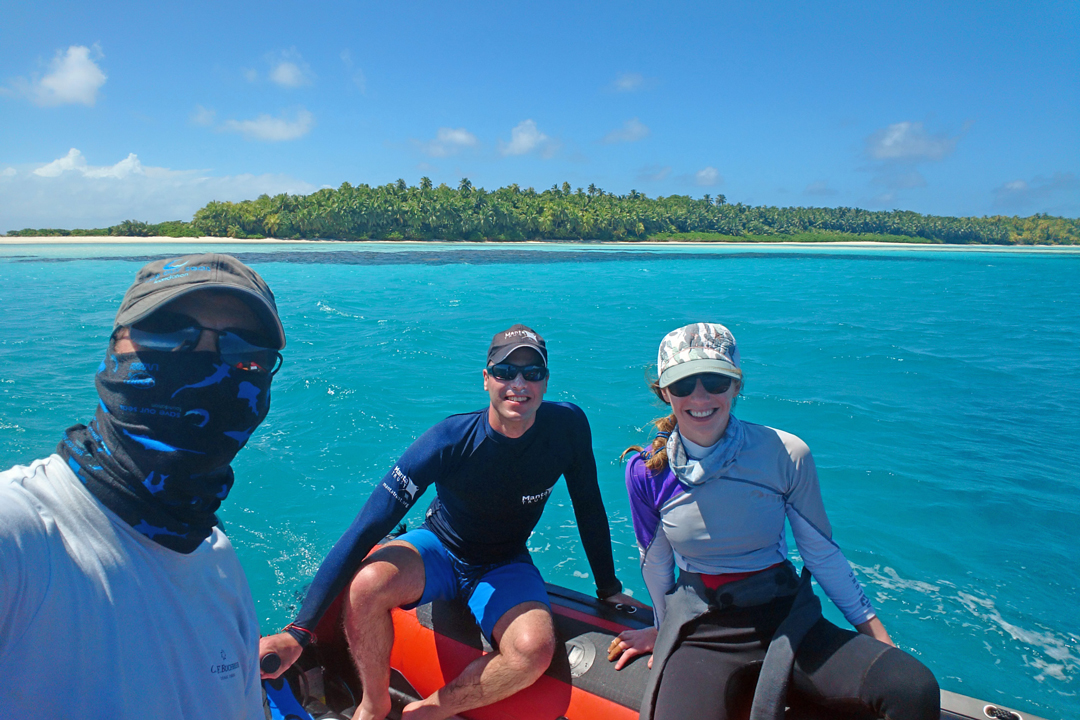 The Manta Trust team joined a recent expedition led by the Bertarelli Programme in Marine Science, with the aim of helping to answer this question using a suite of methodologies, including genetics and satellite telemetry. Thus armed with underwater cameras, satellite tags, and a biopsy pole, we set sail to the heart of the Indian Ocean! Finding mantas is not an easy task, especially in such an unexplored region of the planet. The task turned out to be even more challenging after learning that only two days of the trip would be spent at Egmont Atoll – the site with the highest currently known concentration of mantas in Chagos. 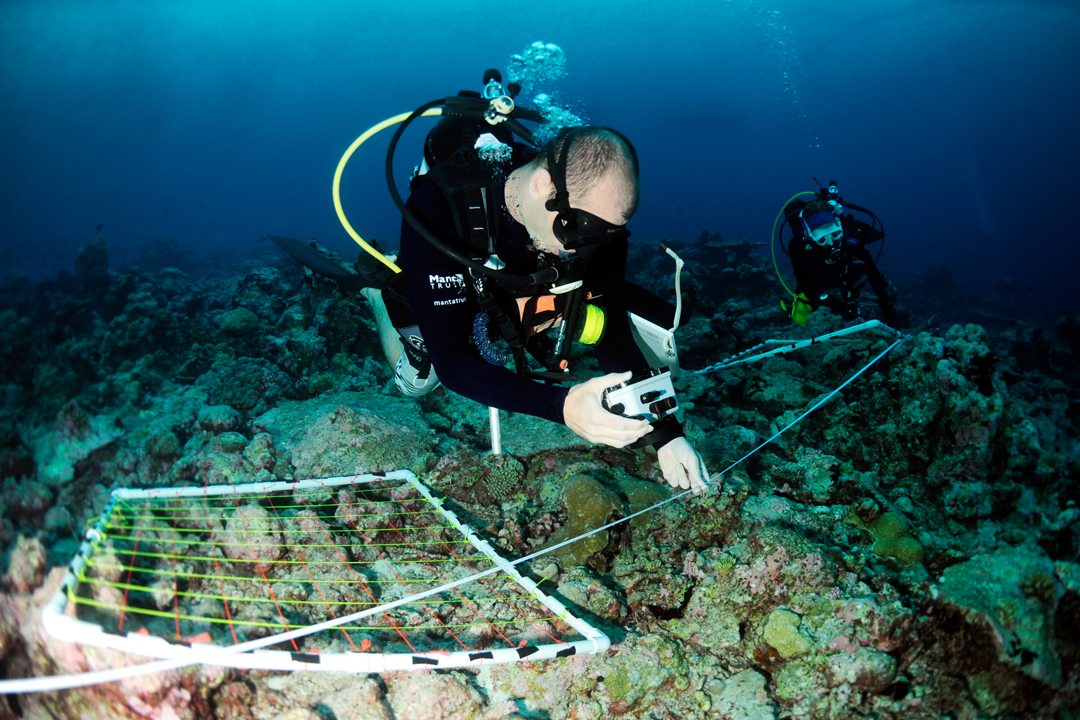 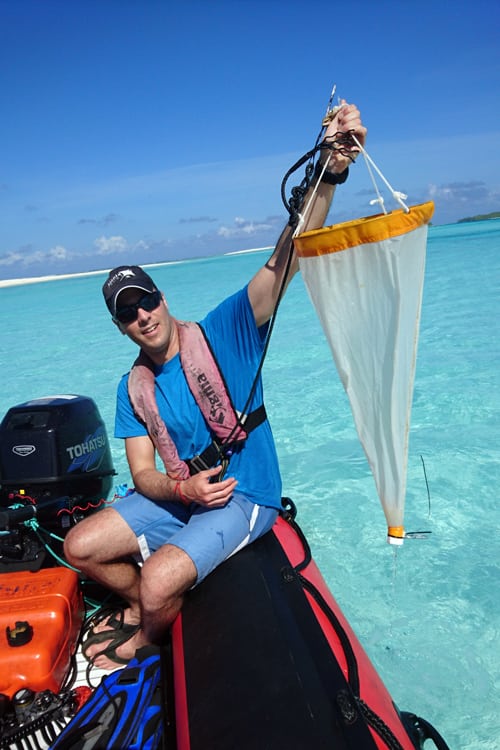 Although our expectations were relatively low, luck seemed on our side. In only two days we recorded 55 sightings of 41 different individuals, bringing the photo-ID database of the BIOT manta population to 107 individuals. We deployed three satellite tags, which will record depth profile, location, and other important data for the next six months. Additionally, we also collected tissue biopsy samples of half a dozen individuals – samples which will provide important information about the level of genetic and geographic isolation of the local manta population. 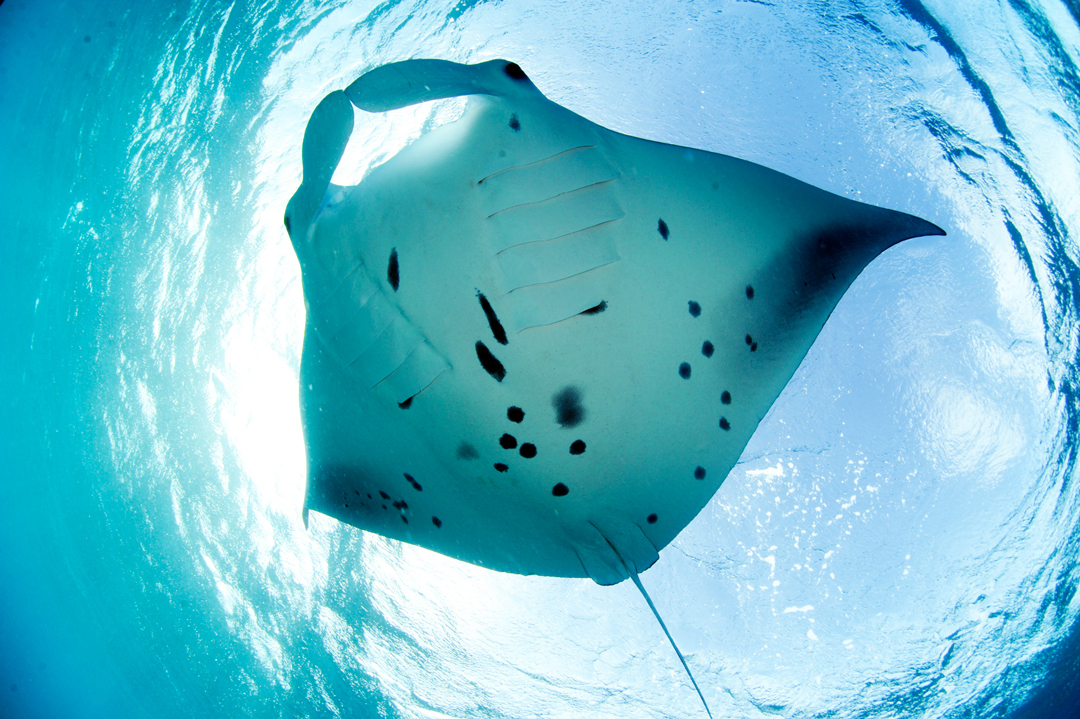 The unique spots on the underbelly of a reef manta ray, used for identifying individuals. Photo Guy Stevens | Manta Trust 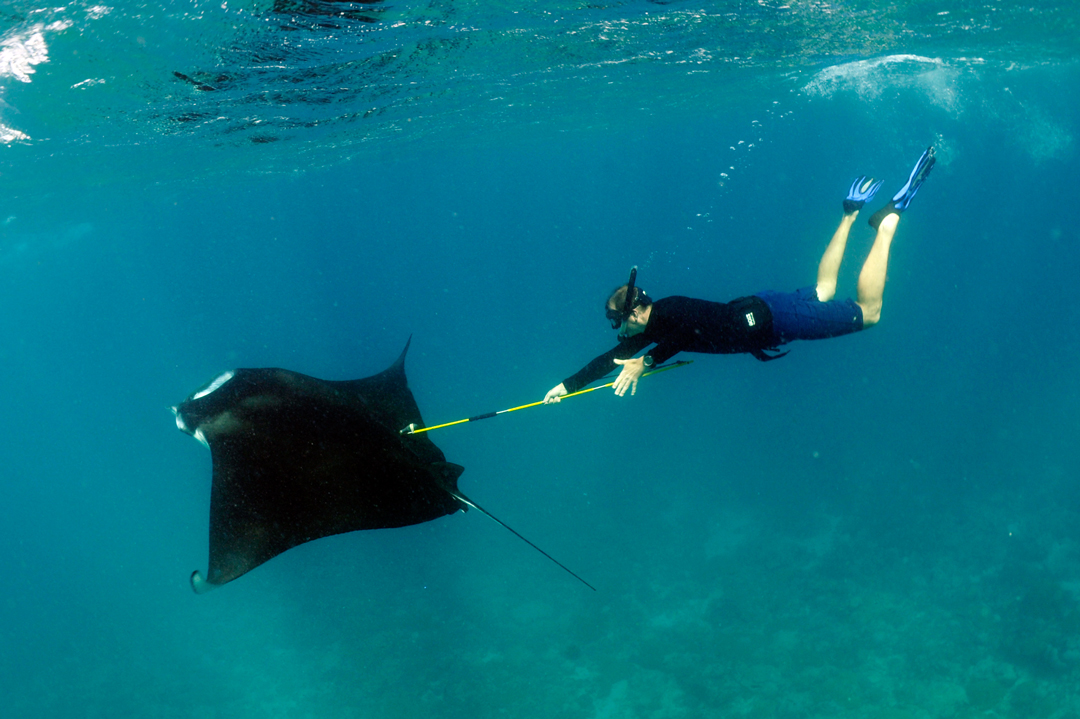 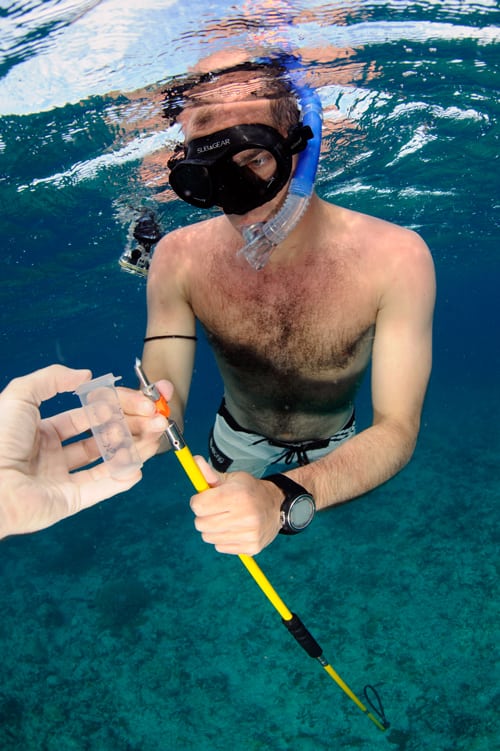 Being in the Chagos archipelago, the only ‘mega’ MPA in the Indian Ocean, and being able to study a rarely observed manta population, has not just been a privilege, but a unique opportunity to contribute to the improved conservation of these globally threatened species.