The cultural importance of sawfish in Australia

Once a year, the Cairns Indigenous Art Fair kicks off in Cairns. Indigenous artists from all over Far North Queensland and Cape York come to Cairns to display their arts. The event grows bigger every year and features so many works on sharks and rays that we always try to be in Cairns for CIAF.

This year, Julia, who is our Instagram wizard, and myself visited CIAF together. We grabbed some food and sat down in the grass to listen to what was going on at the stage. Various Indigenous leaders from the Cape were talking about how their language and culture was slowly being lost. At some point, one of the elders started to speak about sawfish. He said that they had disappeared from his native waters and that he was from the community of Pormpuraaw. I looked at Julia and said, ‘We need to talk to him!’ 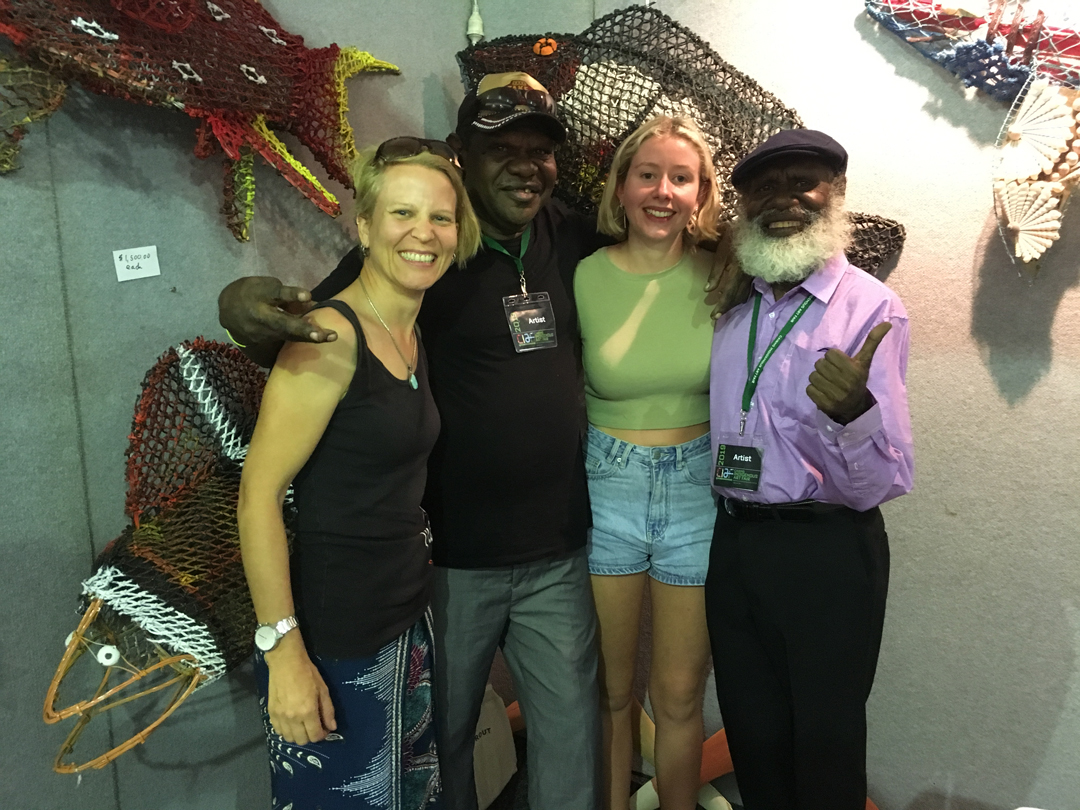 After the session, we introduced ourselves to Syd Bruce Shortjoe. I told him that we work with sawfish and that we would like to help him protect these animals in the waters of Pormpuraaw. I said to him that SARA already works with the Mapoon Land and Sea Rangers as well as the Kowanyama Land and Sea Rangers. I had heard of recent sawfish captures from the Pormpuraaw region, so I was able to share with him that sawfish still exist in his native waters, but probably in very low numbers. I also gave Syd one of our flyers and a sunnies neoprene strap that has all the information on how people can submit sawfish sightings to us. While Syd was listening, he started stroking the sawfish image on the neoprene strap. 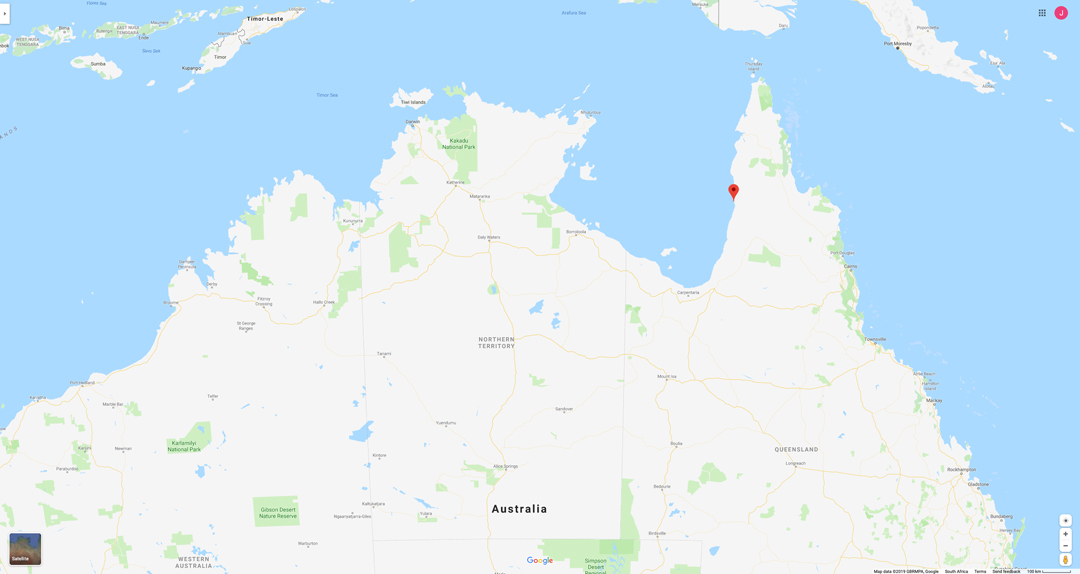 The location of the Pormpuraaw region in Queensland, Australia. Image © Google Maps | Google

Syd told us that his great grandfathers’ totem is the sawfish. He said that because of this, the sawfish is part of his family and his culture. If the animals go extinct, then not only is the species missing from local ecosystems, but it also means that the totem goes extinct. In his cultural belief, you become your totem animal after your death. His grandfather’s totem is the green sawfish, and Syd described the animals very accurately. In Mugu, the sawfish is called kapainyinh.

Syd is the first person who I have met who had a sawfish totem in his family.

He looked at me and grabbed my arm. He said ‘Sawfish cannot disappear. This means my family’s totem disappears and my culture disappears. And with your help, we can stop that.’ I grabbed hold of his arm and said to him that I would help him. I will try my best to teach his community, his people, the school children and the rangers so that we can all come together to look after sawfish and bring these animals back to his waters.

This moment was highly emotional for Julia and me. We often meet people who are very interested in sawfish, and while we both understood the cultural importance of sawfish to Indigenous Australians, we were completely unaware of the cultural impacts of the species’ declines.

When Syd looked at me and asked me for my help, I realized that there is too much at stake. We need to look after sawfish, and we need to do this together.