If you happen to venture out on a shark cage diving boat in Gansbaai, instead of the once common glimpses of grey and white, you might find your eyes drawn to flashes of bronze. Given the recent, presumedly temporary, movement of white sharks out of popular shark diving industry sites – False Bay and Gansbaai – a smaller mesopredator, the bronze whaler shark (Carcharhinus brachyurus) is finding itself in the spotlight, having changed its space use and now occupying the areas that the white sharks used to.

Bronze whaler sharks form an important component of the commercial shark fishery in South Africa, contributing over 100 tons per annum. They are caught as bycatch in the commercial line fishery, are targeted by the demersal shark longliners and pelagic shark longliners, and are targeted by recreational anglers during fishing competitions. Understanding the movement behaviour of an animal is vitally important for the development of appropriate management and conservation measures. This is increasingly important given the growing conflict between certain groups. For example, the shark diving boats and commercial fishers in Gansbaai. With the movement of white sharks out of the area, bronze whaler sharks – a species that are allowed to be commercially caught – have moved in. The industry, over the past three years, has had to pay these fishermen to not catch the bronze whalers close to shore, especially in extremely close vicinities to the shark diving boats. 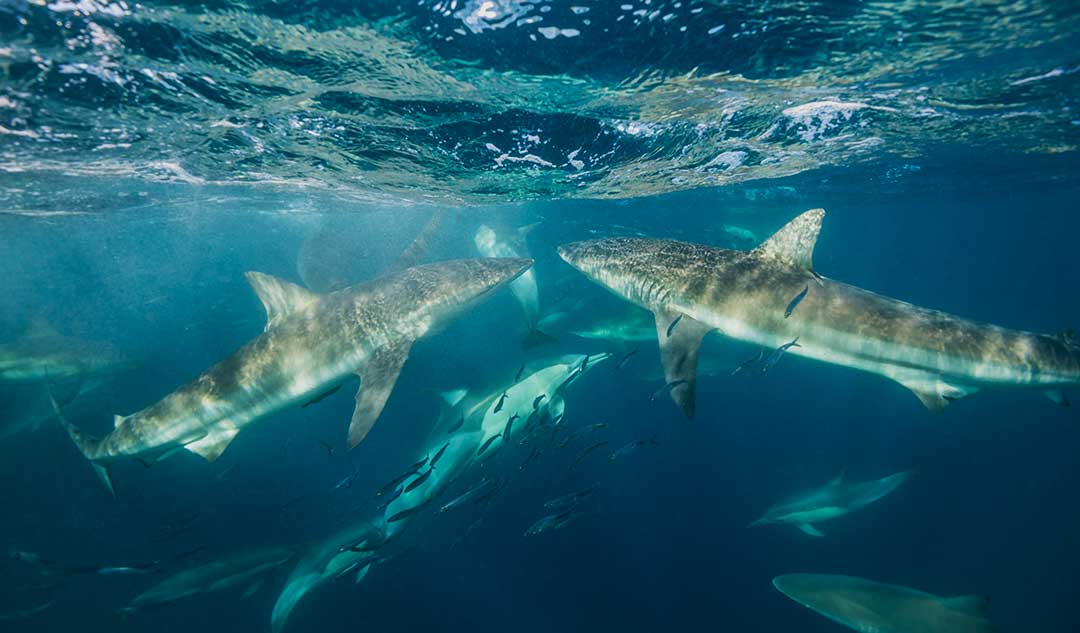 The Oceanographic Research Institute’s Cooperative Fish Tagging Project, initiated in 1984, has recorded 9 641 bronze whaler sharks being tagged, with only 387 recaptures to date, equating to a recapture rate of 4%. The greatest distance travelled by an individual has been 1 790 km, with the greatest number of days free (i.e. the time between tagging and recapture) being 4 222 days – over 11 years! While this conventional dart tagging information has provided some insights into the movement behaviour of this species, the lack of information between tagging and recapture events can result in gaps in our overall understanding of their movements. To account for this, the movements of animals can now be monitored using acoustic telemetry. South Africa has an extensive array of receivers deployed in the estuarine and marine environments spanning approximately 2 200 km of coastline called the Acoustic Tracking Array Platform (ATAP). The ATAP is a collaborative marine science programme that monitors the movements and migrations of aquatic animals and provides the perfect platform on which to track bronze whaler sharks. Between November 2015 and February 2017, 22 bronze whalers, ranging in length from 720 to 1020 mm pre-caudal length (PCL), were surgically implanted with long-life (10 years) acoustic transmitters by researchers from SAIAB and Ocean’s Research and these animals have been providing some fascinating insights into their movements.

To date, almost all (95%, 21) tagged sharks have been detected a total of 26 813 times on 113 different receivers, covering a distance of approximately 1 260 km, moving well within this species’ southern African distribution. Preliminary results suggest that sharks are present in Cape Waters (False Bay to Plettenberg Bay) during the warmer summer months, moving up the coastline to Transkei and KwaZulu-Natal (KZN) waters during cooler winter months (Kei Mouth to Canyons). This ties in perfectly with previous studies, linking these movements to those of the annual sardine run which moves into KZN waters during winter. Most sharks, on average, moved between 3 500 km and 4 400 km since the time of tagging, moving roughly 13.5 km per day, with the maximum speed travelled equating to approximately 58 km per day. 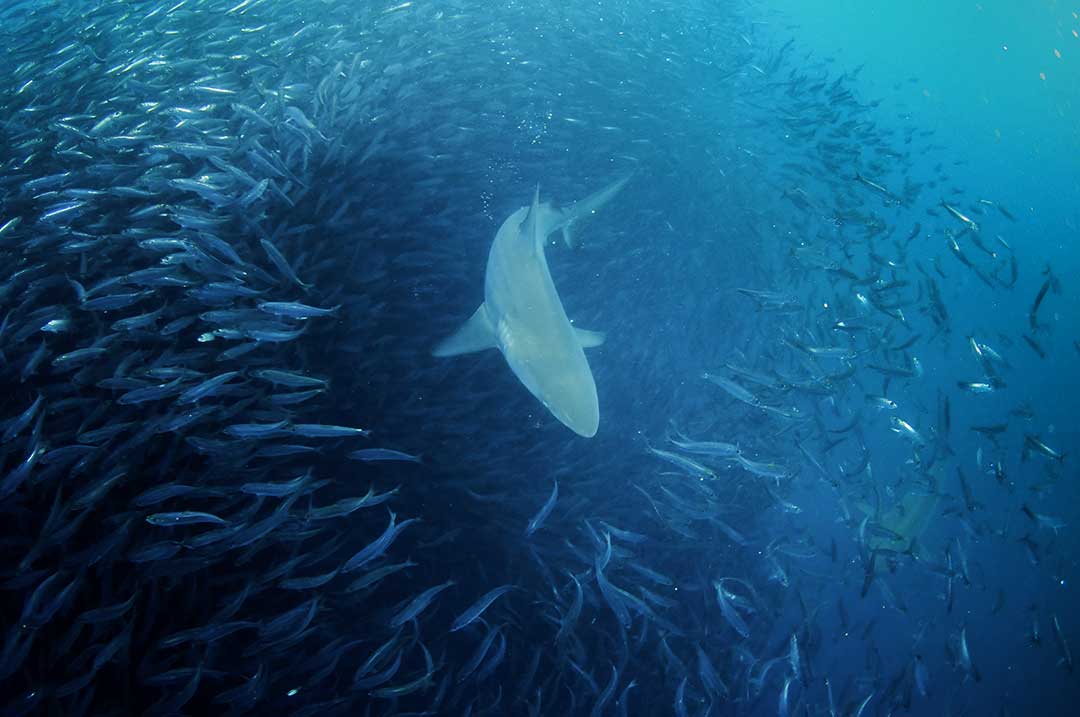 An eye-opening statistic is the number of bronze whaler sharks that were acoustically tagged having already been recaptured and removed from the fishery – 27%! This is unsurprising given the targeted fishing pressure. These data from the long-life acoustic transmitters are slowly starting to mature, and while sharks are still swimming and pinging, they’re all the while collecting important movement information. Instead of going for gold, we’re settling for bronze.