Tales from a Shark Stalker

I suppose you never really plan to be a stalker. It probably just happens by accident most of the time. One minute you’re admiring someone or something, then suddenly you’re obsessively following the target around hoping to catch even a glimpse of them. At least that’s how I ended up as a juvenile lemon shark stalker – completely by happy accident. To be fair, we call it “tracking” at the Sharklab, not “stalking,” but it seems to boil down to the same thing: searching for individuals using expensive equipment, predicting their daily habits, seeing who they spend their time with, and finding their popular hangout spots. What started out as a fascination has quickly developed into an obsession and love for finding these juvenile lemon sharks swimming in the mangroves, growing into respectable and fierce adults that will one day venture out into open waters and join the other predators of the sea.

Tracking juvenile lemon sharks is part of a larger study happening at the Sharklab. Principal investigator and resident lemon shark queen Felicie Dhellemmes is studying the ecological consequences of personality in juvenile lemon sharks in Bimini, a project that surprised me when I heard about it. I had never considered that sharks might have different personalities, let alone that they may affect the ecology of an area. All 18 sharks that we’ve been tracking were Felicie’s test subjects from summer 2017, implanted with acoustic tags that would register on the stationary passive receivers and the portable active-tracking receivers. Each tag emits a unique three or four number code that is transmitted using a series of pings that sound a bit like a submarine might. That is the sound that we, as trackers, are listening for in the water. 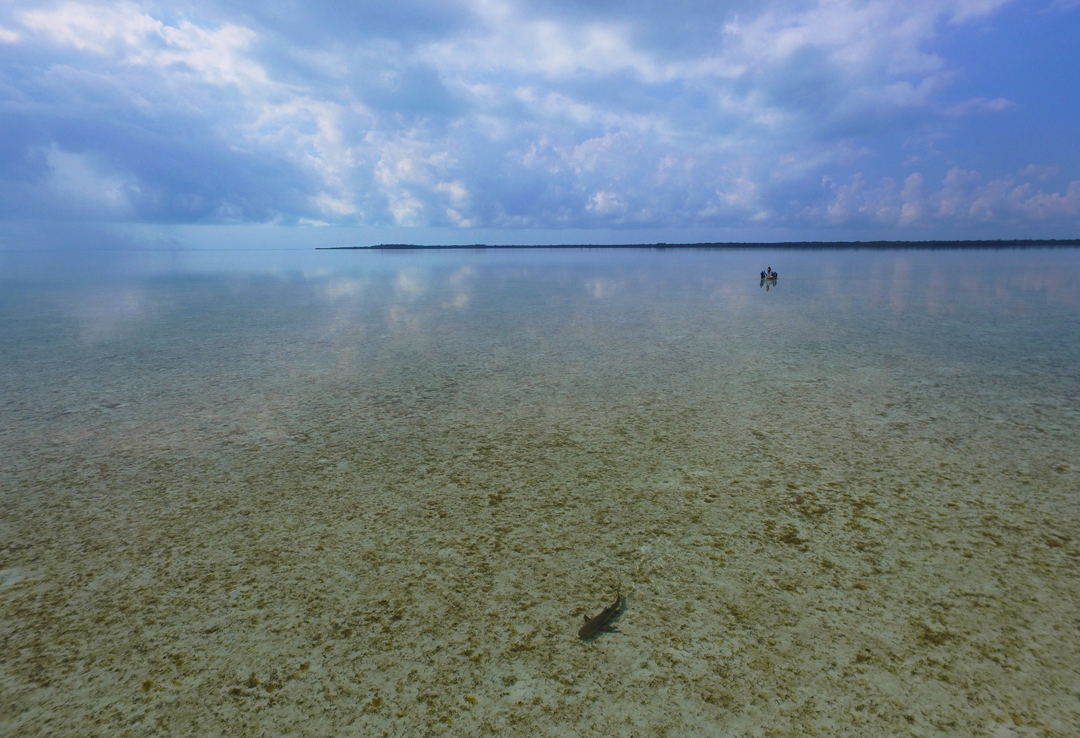 A tracking day starts the same as any other full field day would, making up a drybox, pouring gas, and of course packing a lunch of last night’s delicious leftovers. There’s also some extra equipment that we pack that’s not on the standard drybox list, including two hydrophones, an active-tracking mobile receiver and a backup, headphones, and an acoustic tag for range testing. Once everything’s all packed, we make the short trip to the Yacht Club channel and set out for the day on Thresher, our reliable 16ft tracking skiff. Like a lot of what we do at the Sharklab, our day depends heavily on the tides. As we glide towards the entrance of the channel in the early morning light, I check the markers which indicate what kind of a day we’re about to have. If we’re lucky, it will be a high tide around midday with enough water to plane across the lagoon in the skiff. If we’re unlucky, low tide could be in the middle of the day, and it will be what Felicie calls a suicide mission because in that case the boat gets grounded for several hours. Ideally, we’d speed up to the start of the transect on the south side of North Bimini. 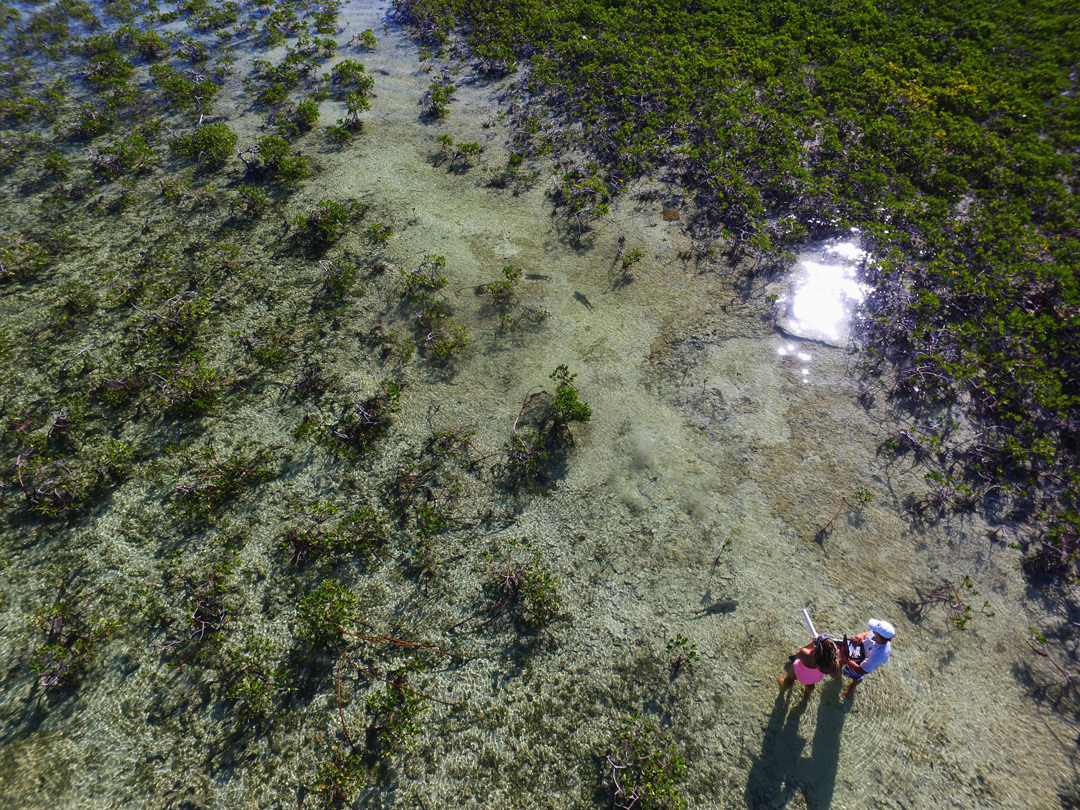 Two volunteers got out of the boat to listen for our usual suspects in a known aggregation spot, the “Nap spot”. Photo by Félicie Dhellemmes | © BBFSF - SharkLab

Once the equipment is set up, the tracking day begins. While one person navigates the shallow lagoon, another sits at the bow of the boat, holding the hydrophone in the water and scanning the channels on the receiver to hear those faint submarine pings through the static. Ping, ping, ping, ping………ping, ping, ping, ping, ping, ping, ping, ping………ping, ping, ping, ping, ping. It was shark 485, hanging out in his usual area at high tide, “the nap spot”. Sometimes the pings are clear and easy to count, especially when the shark is close. But oftentimes, the tracker will have to sit listening carefully to make out the code, turning the hydrophone in different directions to determine where the sound is loudest. Once a shark is identified, we take a directional bearing and an estimated distance from the boat based on the volume of the code. If we can get a visual on it, we can determine if it’s alone or in a social group of one or more sharks. Of course, there are sharks that regularly turn up on a tracking day (code 666 and 667 for instance). Others are less frequently heard, and detecting an elusive shark is usually cause for excitement at the end of the day because then we know it’s still alive and hopefully well. It’s easy to feel like a World War II submarine tracker or FBI agent when stalking the little sharks, with the large headphones and the acoustic receiver. When we’ve successfully traveled from the southern side of North Bimini to the north of Sharkland and found all the sharks that were around to be found, the tracking team heads home while eagle rays jump in the sunset ready for dinner. It’s all in a shark stalker’s day’s work.

Sophia Emmons was a SharkLab Volunteer for 6 months in 2017 and a tracking project assistant from September to December 2017.