Shark Spotters had another busy festive season this year with thousands of local and international visitors flocking to the beaches to enjoy the good weather, warm water and holiday atmosphere. Muizenberg, Monwabisi and Fish Hoek were the busiest areas, with some days seeing tens of thousands of beach goers in each area . Shark activity was average for the time of year, with a total of 21 sightings reported at Shark Spotter beaches throughout the school holidays.

A number of unconfirmed shark sightings were reported by members of the public to Shark Spotters and Disaster Risk Management at beaches where Shark Spotters do not operate, most noticeably Gordon’s Bay and Strand beaches in False Bay and the Milnerton area on the Atlantic side. In these cases the bathers were temporarily cleared from the water by lifesavers as a precaution, although the sightings and species could not be confirmed.

The Fish Hoek shark exclusion barrier (net) was deployed on 33 out of a potential 45 days over the school holidays, a deployment rate of 73%. Of the 12 days that we were unable to deploy the barrier, 11 days were due to adverse weather and sea conditions (strong swells and south east winds). On one occasion the barrier was not deployed due to large schools of yellowtail in the bay and intensive trek-net fishing activity.

On 22 December, the City of Cape Town issued a press release reminding beach goers to be vigilant of sharks over the festive season. This generated a lot of media interest in the spotters, the shark exclusion barrier and shark safety in Cape Town and South Africa in general. A number of interviews were conducted across different media platforms including radio interviews with Cape Talk, SABC Radio, Smile FM, CCFM, Voice of the Cape and Lotus Radio and TV interviews on eNCA and SABC news.

On the evening of 26 January, on of our shark spotters recorded seeing what they believed to be a large shark swimming in shallow water in Fish Hoek bay just before they finished duty. When they resumed duty the following morning they noticed the animal was still in the area and was behaving in an unusual manner so kept the beach closed as a precaution. Our research boat was able to go to the area and after input from local whale experts we were able to identify the 4-5 metre animal as a pygmy right whale (Caperea marginata), an extremely rare animal. So what appeared to be a “suspicious” shark sighting turned out to be a fortunate and exciting opportunity to see a very rare whale not often spotted from shore! 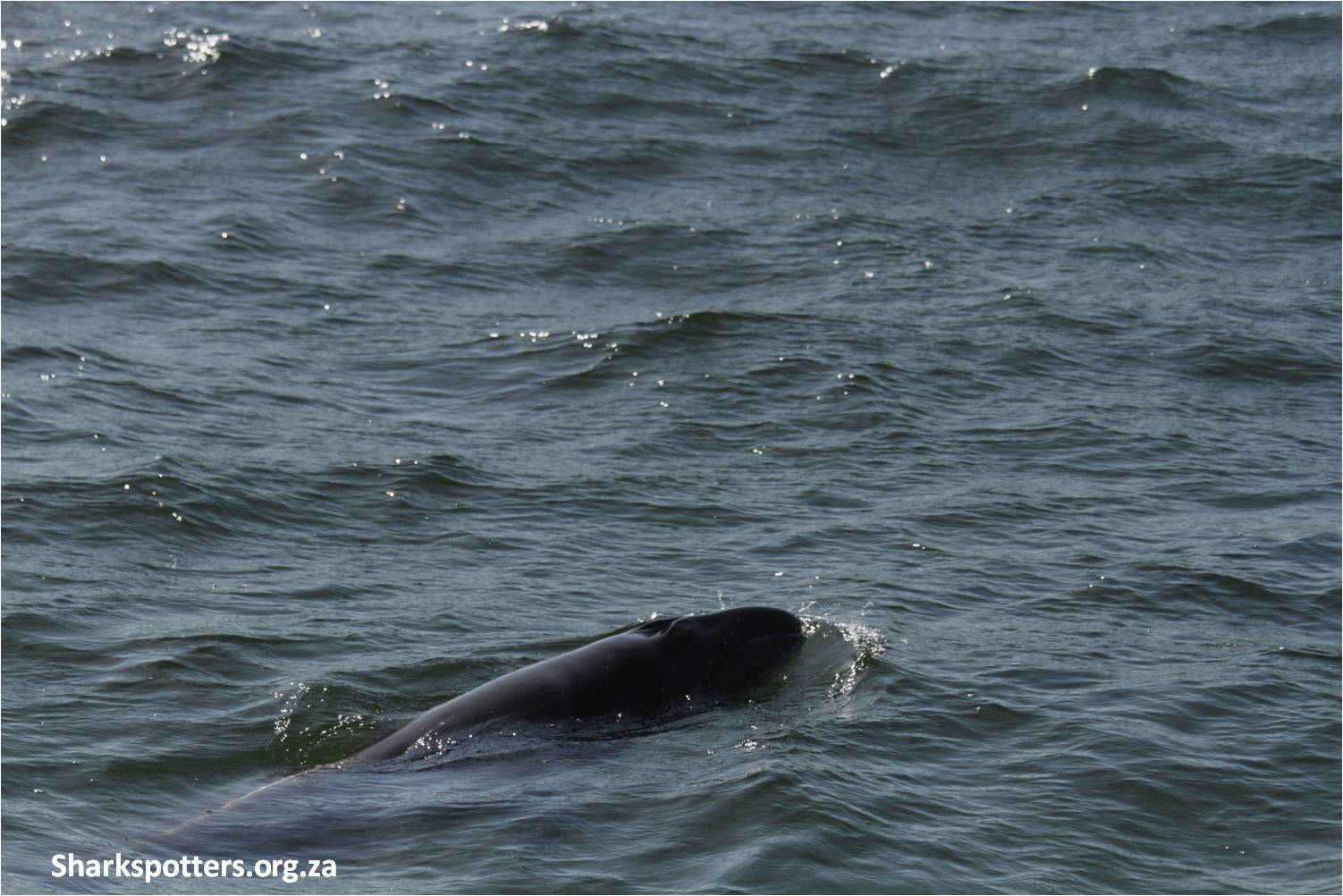 At the request of the City of Cape Town, Shark Spotters provided lifesaving and beach cleaning services at Kalk Bay beach between 11 December 2014 and 18 January 2015. The Fish Hoek exclusion net crew performed beach cleaning services three days a week collecting over 300 bags in total. The lifeguards took a proactive approach to preventing drowning and responded to 5 near drowning incidents, rescuing a total of 6 patients. The presence of the lifeguards resulted in no drowning deaths at Kalk Bay beach this festive season, a significant reduction from the 6 drownings recorded there during the 2013/2014 festive period. 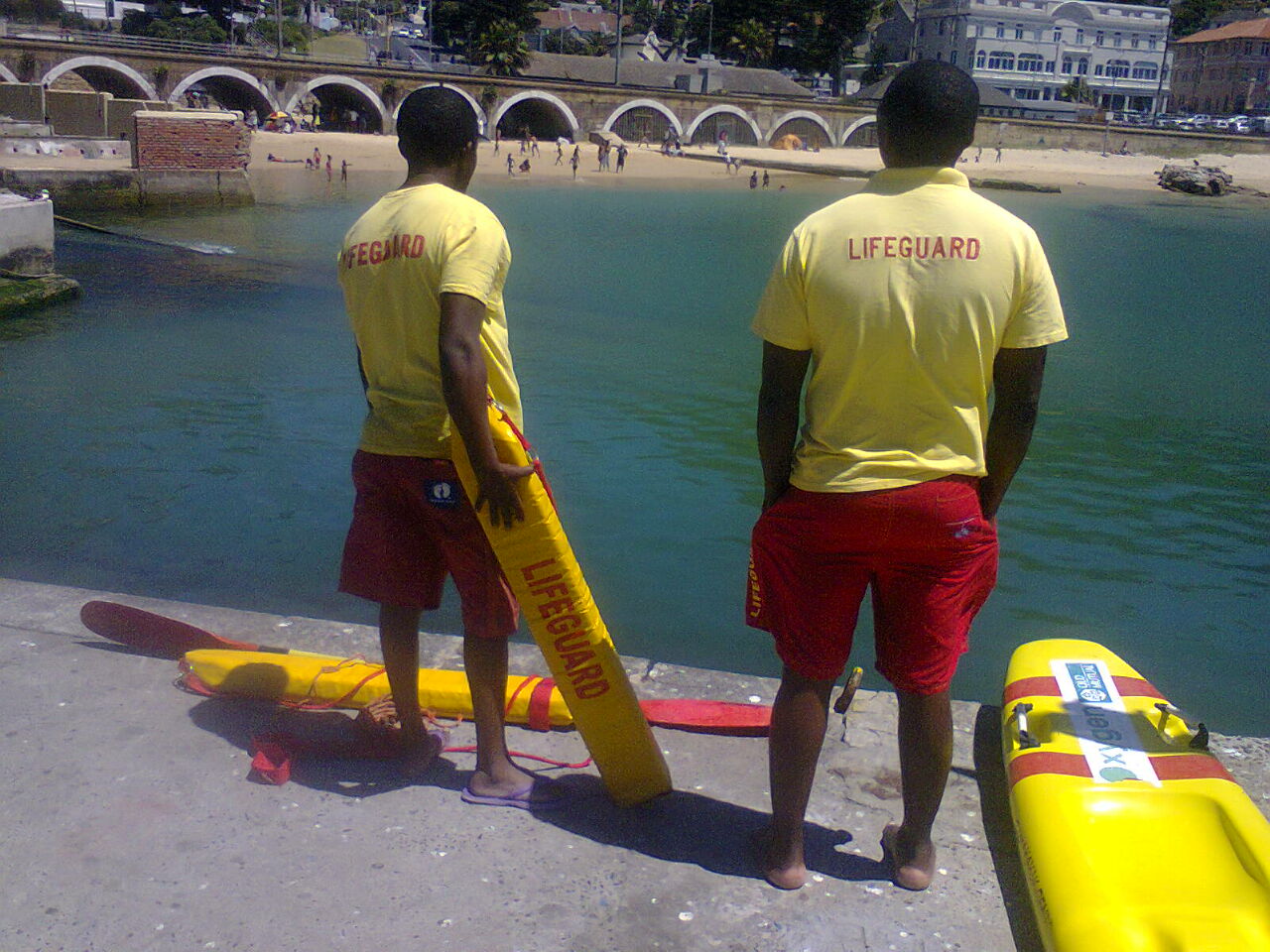 Lifeguards were on duty at Kalk Bay beach over the peak holiday period where thousands of families enjoyed the calm, warm waters. (c) SharkSpotters

Aside from shark safety activities, the spotters also performed a number of additional functions on the beaches including attending to weak and injured seabirds and seal pups (which were handed over to SANCCOB and the SPCA), coordinating the removal of seal carcasses, storing personal belongings for beachgoers, handling lost property and reuniting lost children with their families.

A general first aid service was provided at all our beaches and a large number of beachgoers received medical attention from the spotters. Major incidents included two dislocated shoulders, a dislocated elbow, a stab victim, a road traffic accident, two serious surfing injuries and a pregnant lady going into premature labour and nearly delivering her baby in our office on Muizenberg beach. Nearly all of these required further medical attention and the patients were transported to hospital by ambulance. Spotters also attended to hundreds of minor injuries which mainly consisted of blue bottle stings and minor cuts and abrasions. On 2 January the exclusion net skipper discovered the body of a 55 year old male tied to a mooring block on the sea floor in Fish Hoek in what is suspected to be a suicide. The SAPS dive unit recovered the body and the exclusion net crew helped with crowd control around the crime scene. 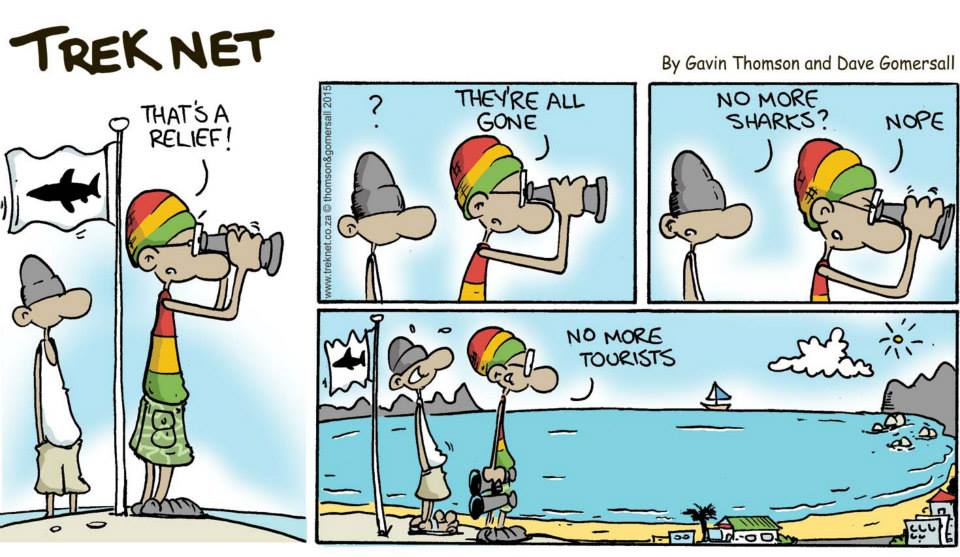