The Shark Spotters had a busy time over the festive season, with Cape Town’s beaches packed full of both local and international holiday makers. The spotters worked right through the holidays, and there were a total of 16 sightings between 10 Dec and 10 Jan (Muizenberg x 6, St James x 5, Fish Hoek x 4 and Glencairn x 1). We found the public to be very responsive to the program and the spotters were able to spend a lot of time conversing with the public, who showed a high level of interest in the program. People were not only interested in when the last sighting was, but were also keen to learn more about how the program operates, the people behind it, and of course about sharks and their behaviour. This is a positive step as it allowed the spotters to educate people and make them aware of the potential risk of shark encounters on our beaches, and also the importance of sharks in our ecosystem.
The total number of shark sightings recorded has now reached 1177 since the program began in 2004.

It should be noted that now that the school holidays are over, the seasonal beaches of Glencairn and Clovelly are only operating on weekends and public holidays over the next few months until the Easter school holidays in April. For spotting locations and times please check out our website (http://sharkspotters.org.za/how-it-works)

Following the tragic shark incident in September 2011, Monwabisi Sikweyiya, our field manager, has received a lot of attention for his brave actions on the day that saved the life of the victim, Michael Cohen. Monwa received a commendation from the local sub-council of the City of Cape Town, as well as an award and letter of appreciation from the National Sea Rescue Institute. 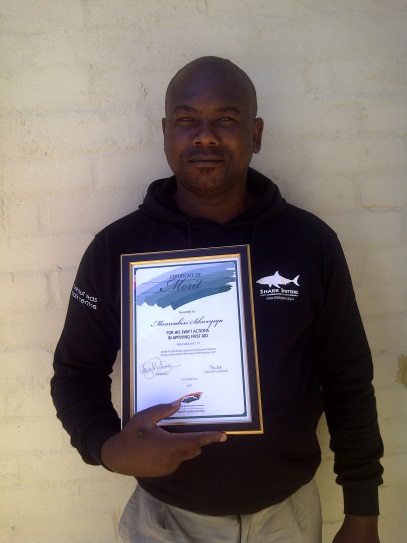 Monwa’s award from the local council 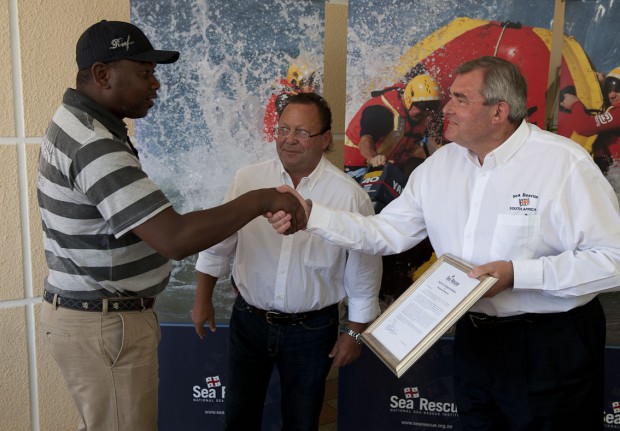 Although Shark Spotters primary objective is to minimise the risk of shark-human interactions, and this is always our priority, we also deal with a range of incidents that are completely unrelated to sharks. Since 1 January 2012 we have rescued 3 oiled seabirds, coordinated the removal of a large piece of whale carcass and a neonatal dolphin carcass that washed up, administered first aid to a number of minor injuries (mainly surfing accidents), and initiated emergency response for 3 more serious incidents, including a traffic accident witnessed by the spotters, a badly broken ankle from someone who slipped on the rocks, and a suspected heart attack of a beach goer. We are committed to caring for the community in which we work, and will continue to assist beachgoers in whatever way we can.

The Shark Spotters research team have been busy over the past few months and a new book has just been published with two chapters co-written by the Shark Spotting team. The Marine Conservation Science Institute has just published “Global Perspectives on the Biology and Life History of the White Shark”. The book was inspired by the International White Shark Symposium in 2010 at which Alison Kock, our research manager was an organiser and guest speaker. The book incorporates the most important contemporary research findings on white sharks into a single peer-reviewed book. The two chapters co-written by Shark Spotters are on the patterns of over 600 shark sightings from the program, and also a review of white shark attacks worldwide and recommendations for their mitigation. If you are interested in ordering a copy you can follow this link: . Furthermore, we will be incorporating the results into our awareness and education campaigns making the information accessible to all shortly. 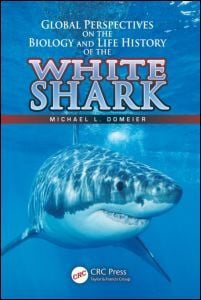 Finally, on 11 February the Shark Spotters held another successful comedy fundraiser in Fish Hoek. South Africa’s best loved comedian Barry Hilton teamed up with his New Zealand counterpart Mike King to deliver another evening of side-splitting laughs to raise money for the program. Over R22,000 was raised which goes towards continuing this important community beach safety initiative. The events are always well supported by the Fish Hoek community for which we are truly thankful.