We had a lot of success in our efforts tagging this year. In 2018 we were able to tag 5 bonnethead sharks and 8 bull sharks with acoustic transmitters, but with 20 transmitters for both species, we had our work cut out for us! Fortunately, we were able to get out most of our tags. 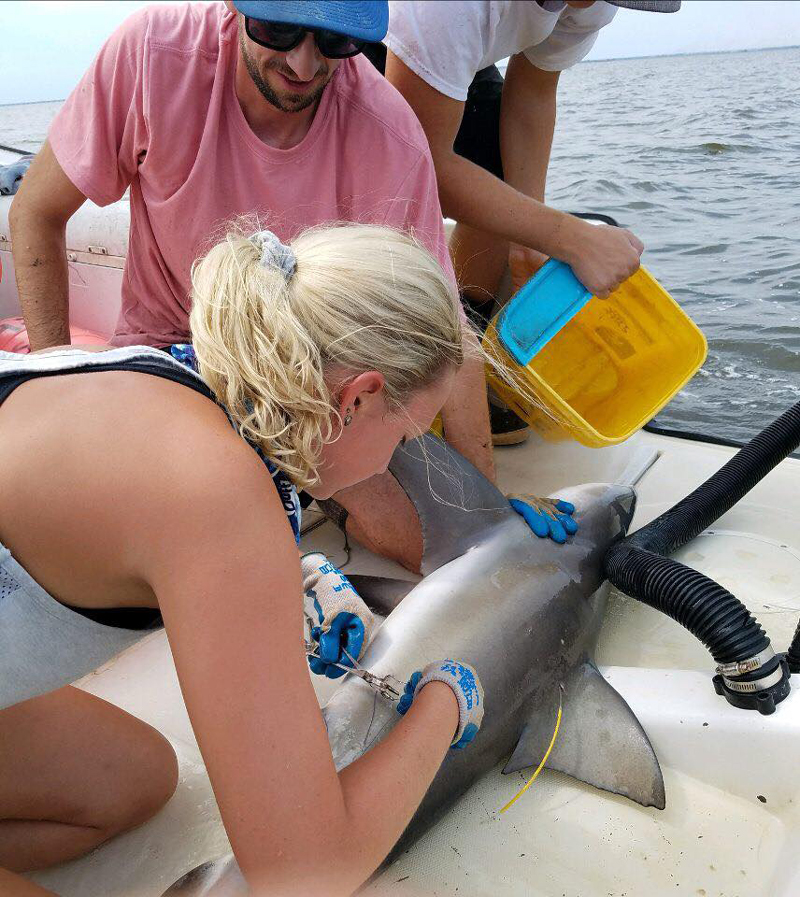 In addition to the passive acoustic telemetry used in my project, we’ve been doing active acoustic tracking with some of our sharks as a major part of Ashley Dawdy’s Honors thesis at FSU (a long-time volunteer and student in the Grubbs lab and major contributor to all of this research) and in collaboration with my labmate, Bryan Keller. This will hopefully be an interesting fold in this work, as all animals that were actively tracked for 52 hours were also tagged with passive transmitters to be tracked by our stationary receivers, as well. Active tracking is, and I’m excited to tell some stories of that work in my next blog post. 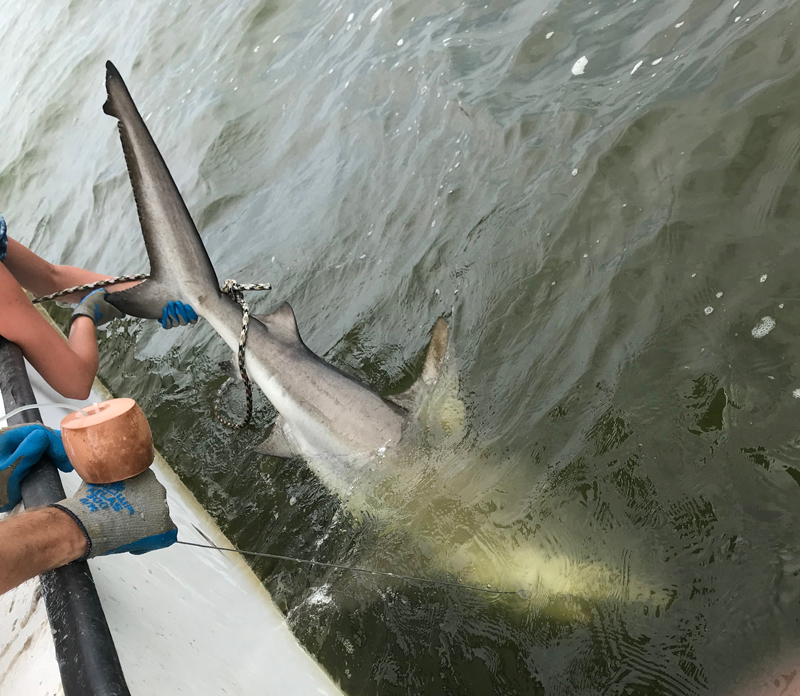 A tail rope is put on a large juvenile bull shark before it is brought on board to be worked up. Photo © Ashley Dawdy

We were able to deploy all 15 of our remaining transmitters for bonnetheads in 2019. This took considerable effort. While we were able to deploy some of our tags during our gillnet and longline surveys, most were done on dedicated tagging days in which we just targeted bonnetheads for tagging or during our active tracking trips. Bryan was able to tag a few sharks during his collection trips, too – luckily the sharks I was looking for were bigger than what he needed, and his too small for me! 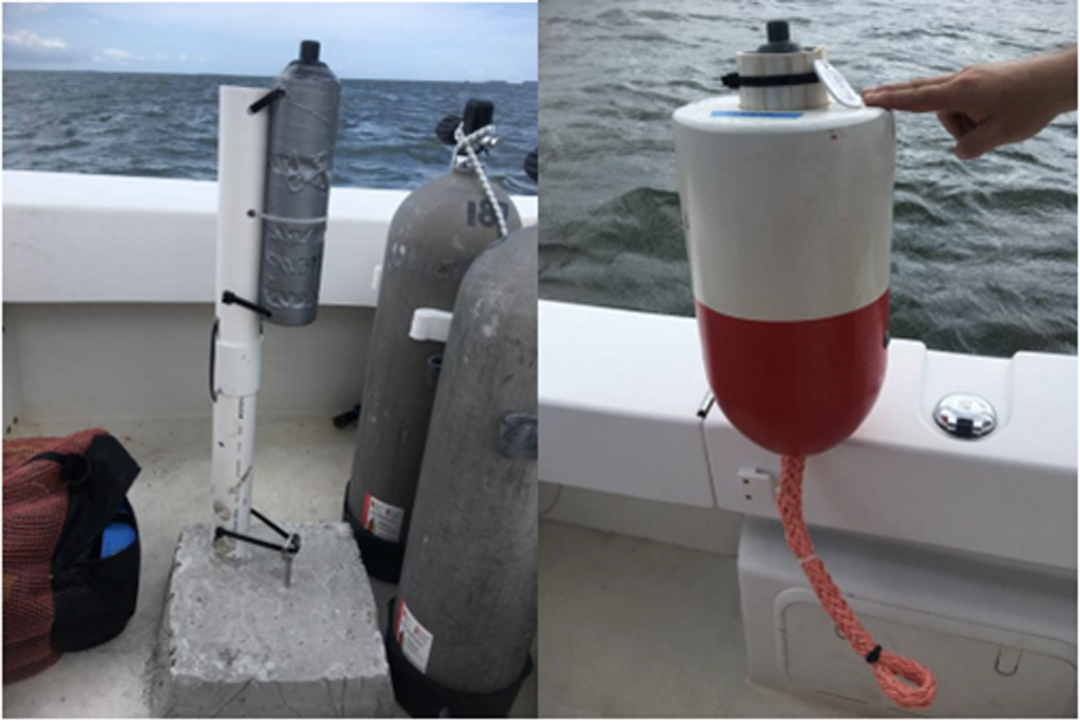 Our acoustic receivers are either attached to concrete anchors, or in buoys that attached to the bottom that can be trawled over. Photo © Barry Walton

We had more of a challenge tagging bull sharks this year, but we were able to get eight more tags out. This brought our bull shark total to 16 tags deployed. Most of our bull shark tags were deployed during our longline surveys (including some relatively large sharks at 200cm+ in total length), we did deploy 4 passive tags during active tracking trips. One morning we caught seven bull sharks in just 25 hooks! 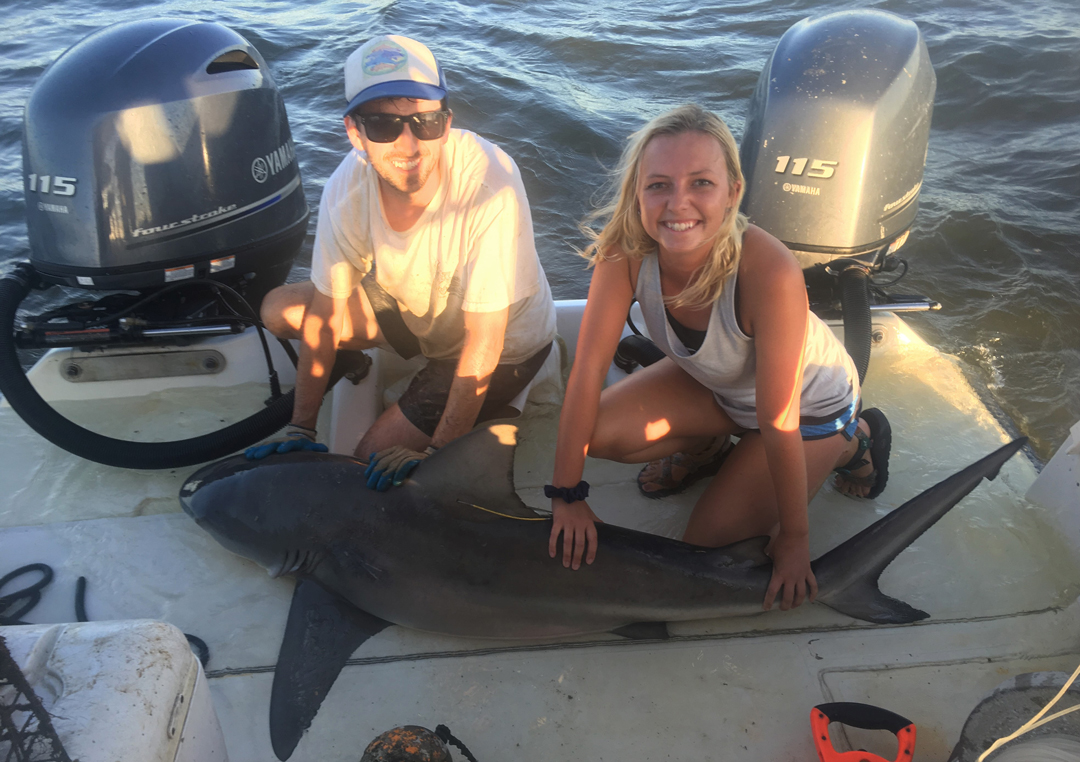 Since our goal was to deploy at least 16 tags for each species, I’m happy to say we me accomplished that. We’re in the process of downloading receivers and I’m optimistic about the number of detections we’ll have. In my next post, I’ll deviate to describing our active tracking, some of the most challenging and rewarding fieldwork I’ve been a part of.