Starting a new project in Peru

We are a group of five women – Rossana, Ximena, Shaleyla, Alejandra and myself – and we are excited to be starting a study into whale sharks in Peru. We’ll be expanding knowledge about this species in the Eastern Pacific and generating a baseline for further research.

For the past two years I trained Rossana to collect whale shark data in Mexico. In August last year, she flew from Mexico to Peru to start field work on whale sharks there. The most important basic information that we would like to learn is: 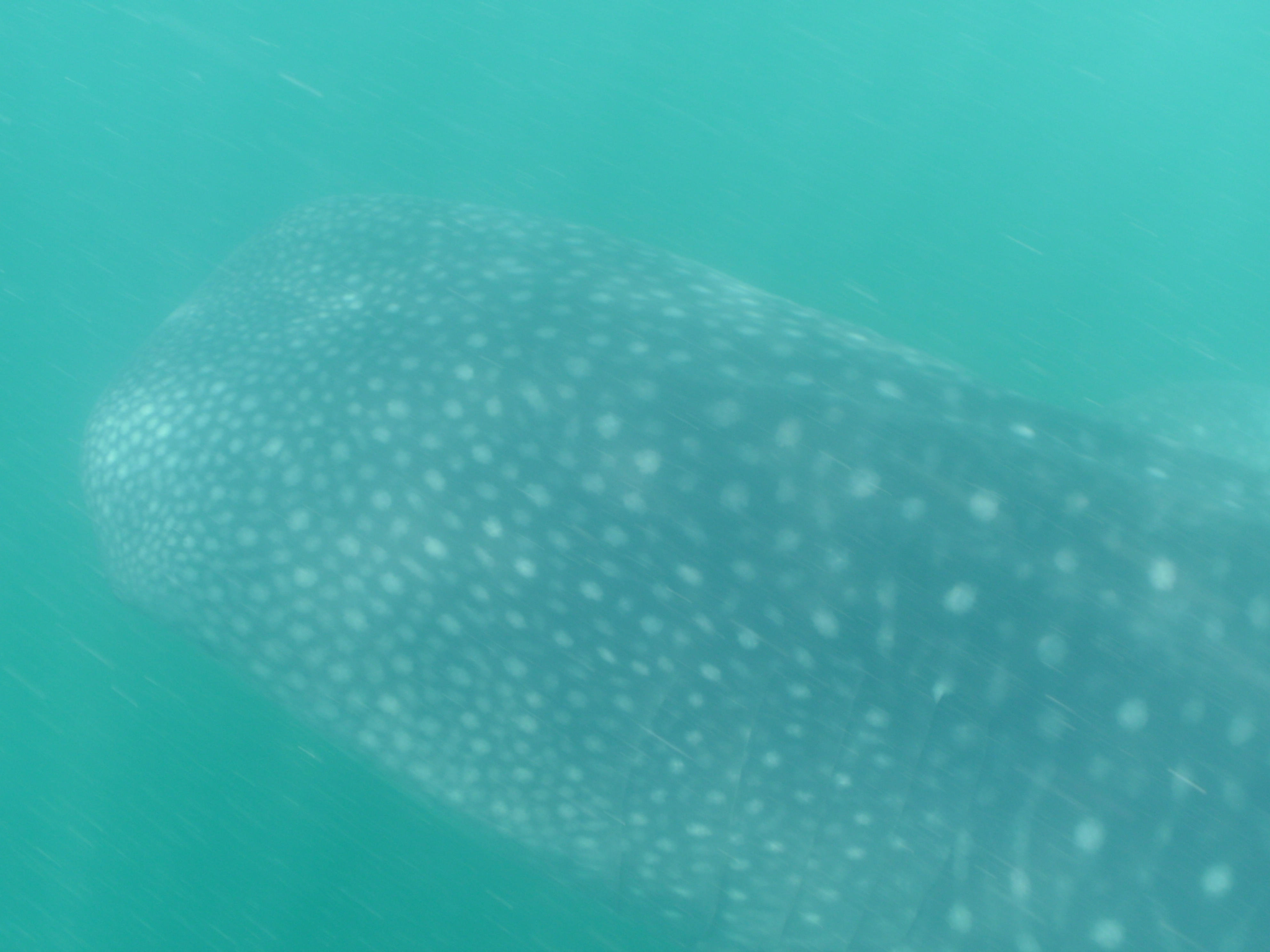 – Who are they? Apparently all whale sharks look the same, but this isn`t true. Each shark has a unique pattern of spots, like a fingerprint. As scientists, we take a photograph of the left side of the shark, just behind the gills. We call this photo-identification (ID), as it enables us to identify individuals. With this technique we can estimate the sharks’ abundance, fidelity and movements by comparing photos of the same individual in different localities.
– Why do they visit Peru? Normally whale sharks aggregate to feed, although they also pass through transit areas.
– When do they aggregate? Whale sharks usually have a predictable seasonal aggregation, which is related to an abundance of food like copepods, krill or the spawning of fishes.
– Are they related to the whale sharks from Mexico? The whale shark is a highly migratory species, but we are still not sure about its routes. We need this information in order to give it regional protection.

Rossana is based in north-western Peru in a town called Zorritos, whose name comes from the little foxes, or zorritos, that inhabit the area. It is a peaceful fishing town, where the local houses are made of wood and the beach is like a backyard. North of the town is Puerto Pizarro (a place with mangroves) and to the south lie Acapulco, Punta Sal and Cancas. From the data obtained during our interviews with local fishermen we learned that whale sharks aggregate in these localities. 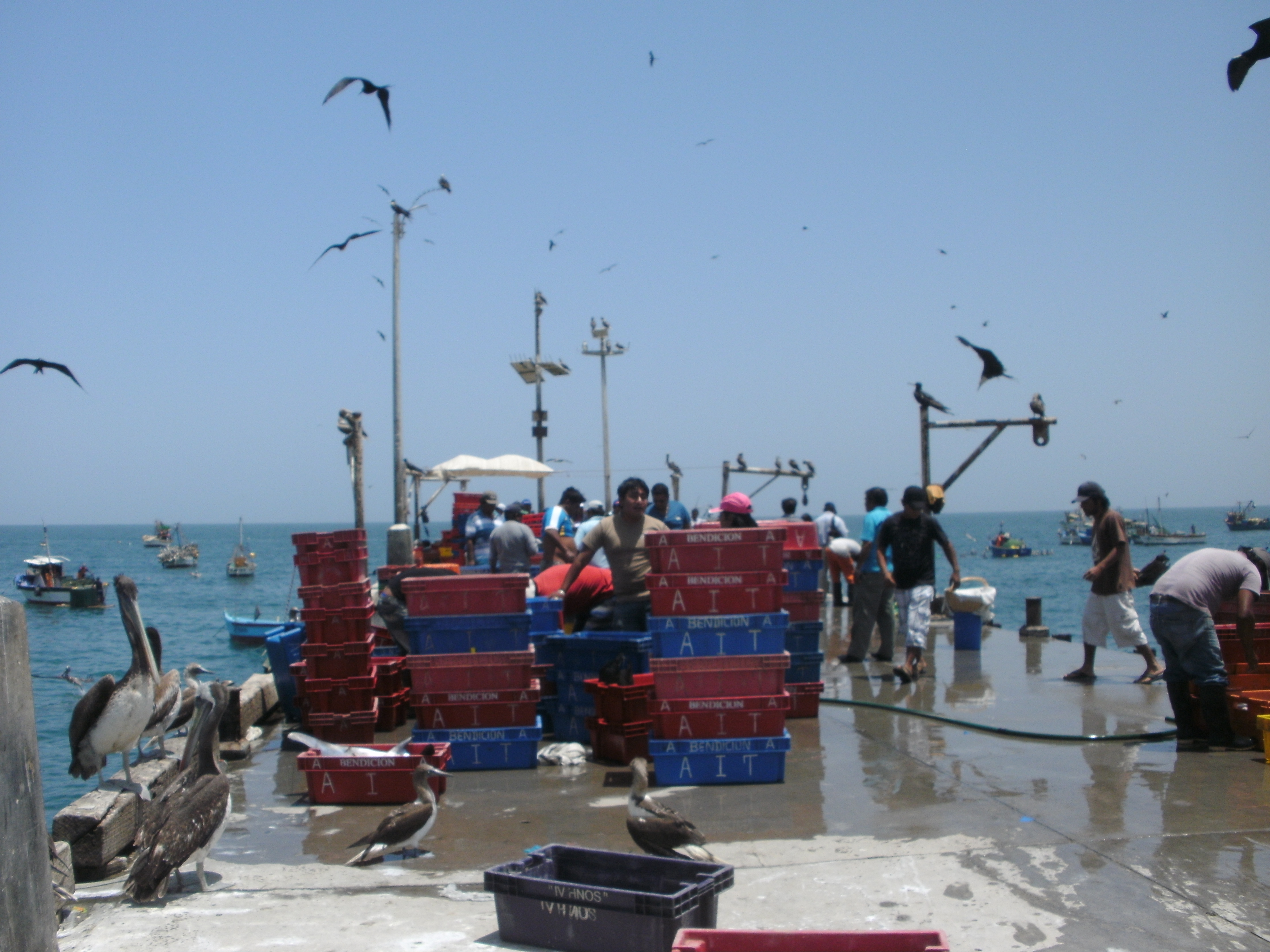 The people of the fishing community are scared of the whale sharks, having grown up listening to their grandfathers’ horror stories about these huge creatures. But there are a few who know that the sharks are gentle and docile. Part of Rossana’s job is to talk to the fishermen about whale sharks and to discover whether they have seen them in their fishing zone.

The five of us are very excited by all the work Rossana has been doing. She used a fishing boat on her first field trip and the fishermen were surprised when they learned that she planned to swim with the whale sharks to collect the data. One fisherman in particular really wanted to see if Rossana would get into the water.

On that first trip she spent eight hours looking for these gentle giants, and by the end of the day she managed to find a whale shark feeding off the mangroves close to shore. She was so happy to think that it would be the first from Peru into our photo database, although the visibility that day was so poor that the photo-identification was not possible. Even so, it was a great start!

On their return to Puerto the fisherman said to her, ‘I really didn’t think you would go into the water!’ 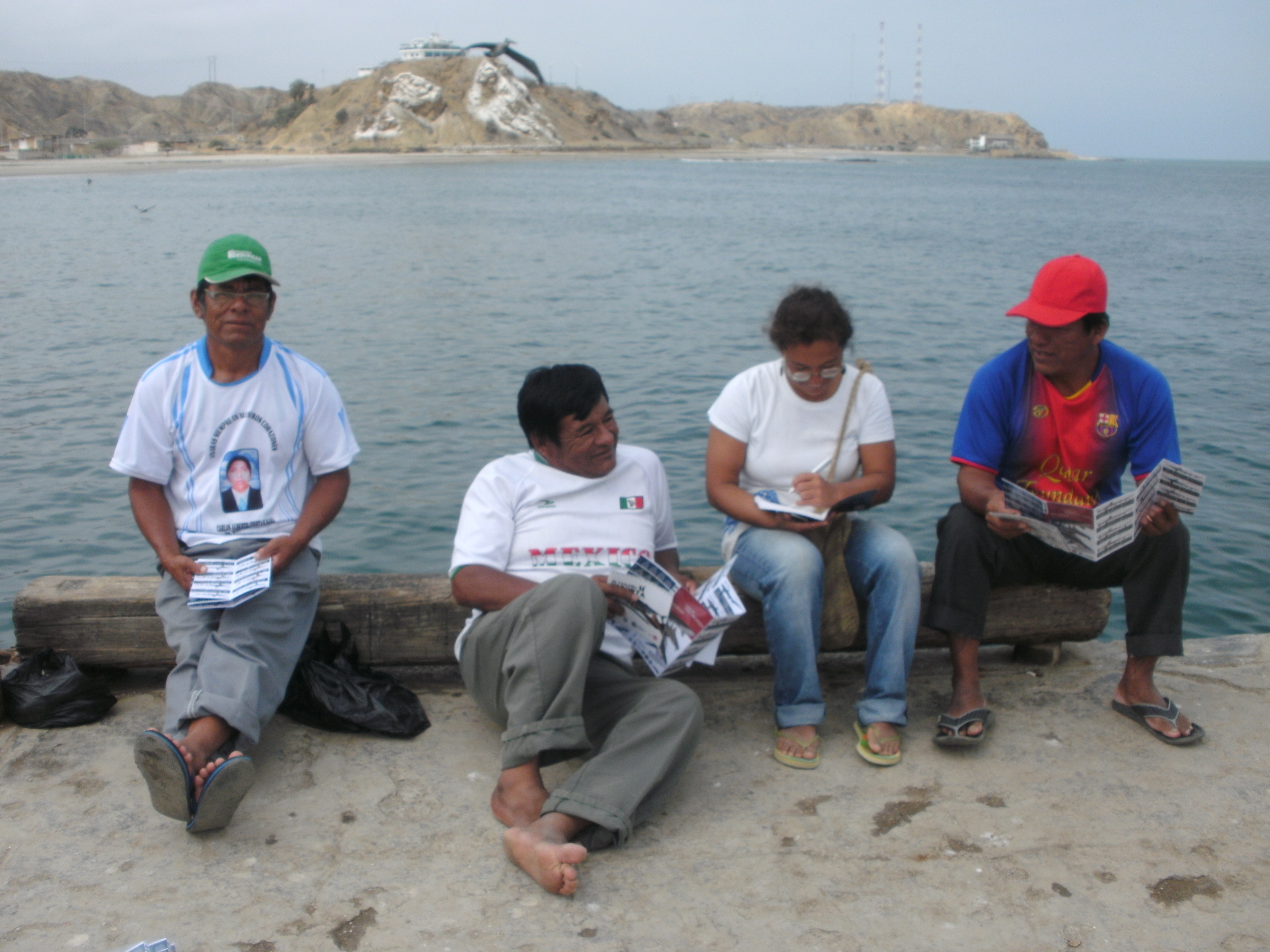 Three months have passed since we started our work in Peru and we have entered into agreements with associates who will help us with our research. It gives us great satisfaction to see that gradually more and more people are beginning to support us with their photos, videos, reports or other information that tell us that whale sharks are still swimming in Peruvian waters. Out in the field we have also registered the presence of humpback whales, marine turtles, sea lions and mobulids. But are the whale sharks here the same ones that we see in Mexico? So far, it is still a mystery – and I am very excited to be collecting data with Rossana in Peru so that we can help solve it!