So About Those Tags…

When you hear about researchers using satellite tags to study sharks and rays, your mind probably jumps to studies about movements and diving behaviour—where do these animals go, how deep do they dive, how far do they migrate, what habitats are important to them? So if you’ve read earlier posts about our project studying the post-release survival of manta and devil rays, you might be wondering why we keep mentioning satellite tags—and how exactly those tags are used.

The basic unit of information we’re collecting is whether an animal survives or not after being released, along with its natural characteristics (the animal’s species, size, and sex, for example) and the conditions it experienced prior to release (time spent on deck, how long it took to get the animal back in the water, how the animal was handled and released). We can then evaluate the proportion of animals that survived, and how those various natural and anthropogenic factors influenced their survival probability. The key element here is that we have to know whether or not an animal survived. Just because a ray is still alive and moving while it’s on deck doesn’t necessarily mean it’s going to stay alive for long once it’s released back into the water. 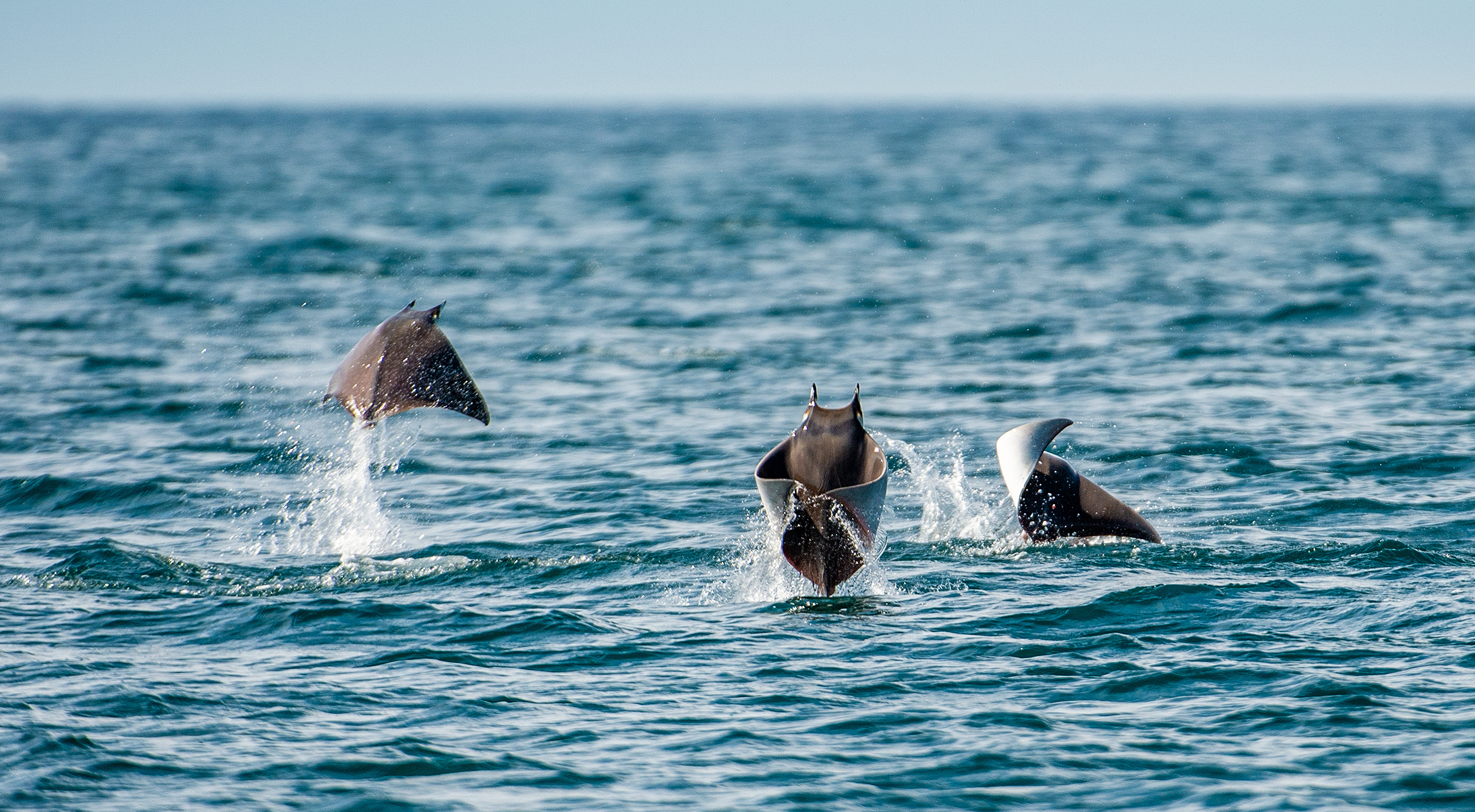 There are a number of ways to approach this question that have been employed in previous studies. The simplest way to determine if an animal lives or dies is to watch it! That’s right—in some cases, researchers have kept sharks and rays (and many other species) in tanks for extended periods after capture to determine whether or not they survive. This approach can also give them an opportunity to collect blood samples to monitor the physiological factors that contribute to post-release mortality (e.g. stress hormones, lactic acid buildup, etc.). The obvious limitation to this type of work is that you need a full-blown aquarium setup or salt-water pen that the animals can be quickly transported to for monitoring. Given that the majority of the mobulids being captured in this study are hundreds or thousands of kilometres from shore, this approach isn’t feasible.

Another option that can provide high-resolution monitoring of released animals is the use of accelerometer tags. These are typically short-duration deployments that allow researchers to reconstruct the movements of animals in three dimensions, including body orientation, swimming speed, and wing- or tail-beat frequency. This provides a huge amount of information about how the animal is responding to the conditions it experienced prior to release. Did a shark that spent three hours fighting on the line wear itself out so much that it sank to the bottom and died? Did it swim weakly at the surface for a few hours before recovering and swimming off at full steam? Accelerometer tags allow for the detailed evaluation of these behaviours, almost as if you were able to observe the animal directly. However, these tags record a huge amount of data that (for now) typically can’t be transmitted remotely via satellite, so researchers have to locate and recover the tags after they detach from the animals. Again, given where the mobulids in our study are being captured, this type of approach generally isn’t feasible.

The other major constraint in our study, of course, is that the data collection for this project is being conducted by fisheries observers who are already tasked with a mountain of other duties, and the data they collect is dependent upon the logistical support of fishing vessel crews whose purpose is ultimately to catch fish, not conduct scientific research. Our challenge, then, is to determine the fate of released mobulid rays using a method that can be implemented quickly on the deck of an active fishing vessel, without requiring any follow-up observation of animals or recovery of equipment. And that’s where the satellite tag comes in.

While satellite tags are most often used to tell us where a mobulid ray swims and how deep it dives, those same movement and diving data can also tell us whether or not a ray is still alive. The tags we’re using are programmed to stay attached for 30 days. This minimizes the probability that a tag will fail or be destroyed in the harsh marine environment, and still gives us a reasonable period after which point we can assume that previous capture wouldn’t be responsible for an animal’s death. When the tag pops off after 30 days, we can look back at the diving data and determine whether the animal lived, if the vertical movement patterns were normal, and also use that information along with horizontal movement data to investigate the ecology of the species. Here’s an example of a Mobula mobular 30-day dive profile after release from a purse seine:

Looks pretty good! The devil ray was making routine dives to 400m depth, and covering a considerable amount of vertical territory, indicative of an animal behaving normally. We consider this a survival. In contrast, if an animal dies after release, there are two ways for us to find out about it. The tags have a maximum operating depth of 2,000m, so they are programmed to detach automatically if they go below 1,800m depth. If an animal dies and slowly sinks to extreme depths in the open ocean, the tag will detach at 1,800m and float to the surface, transmitting its data to us. Often this happens almost immediately after the animal is returned to the water, indicating an at-vessel mortality. Here’s an example of an oceanic manta ray (Mobula birostris) that unfortunately didn’t survive after being released:

In this case, the manta sank from the surface to 1,800m over a period of about two hours, at which point the tag detached and began floating to the surface. We consider this a mortality. If an animal dies and sinks to the seafloor at a shallower depth, for example in more coastal waters, the tag’s depth-release mechanism might not be triggered. Instead, as a backup, the tags are programmed to release automatically after they’ve been sitting at a constant depth for three days. So if a devil ray sank to 200m and hit the seafloor, three days later the tag would detach, float to the surface, and report the data back to us, which we would interpret as a mortality event. Not every case is as cut and dry as the two above examples. Sometimes we observe what’s called a delayed mortality, like this one:

In this case, a Mobula thurstoni spent two full days swimming near the surface after capture. Note that it doesn’t have any of the typical diving behaviour like what we see in the M. japanica diving data above. This devil ray clearly experienced too much physical and physiological stress during capture and, despite hanging on for a couple of days after being released, finally succumbed and sank below 1,800m.

Reconstructing the last moments of an animal’s life can be rough, and no one wants to see bycaught manta and devil rays dying, including the fishermen and observers who are helping us to better understand this system. Ultimately, the data generated by this study will allow us to pinpoint which handling and release techniques employed by the fishing vessels and their crews are contributing to improved survivorship of manta and devil rays. And with that information, we can work to reduce the impacts of bycatch on these vulnerable species. Banning the harmful handling techniques used in the past, and replacing them with the alternatives being developed by the fishing fleets may cut mortality substantially and improve the outlook for mobulids globally.