New hope in the land of the rising sun

Japan may not be the first place that comes to mind when we think about world-class shark diving, yet scientists recognise it as a global shark biodiversity hotspot. Some of the world’s most elusive species can be seen here, and dive operators offer encounters with unique shark aggregations. Boasting 124 of a total of 507 shark species described worldwide, Japan has been identified in ‘Global diversity hotspots and conservation priorities for sharks’ (PLoS ONE 6(5): e19356. doi:10.1371/journal.pone.0019356) as the most biodiverse nation when it comes to these fascinating elasmobranchs. 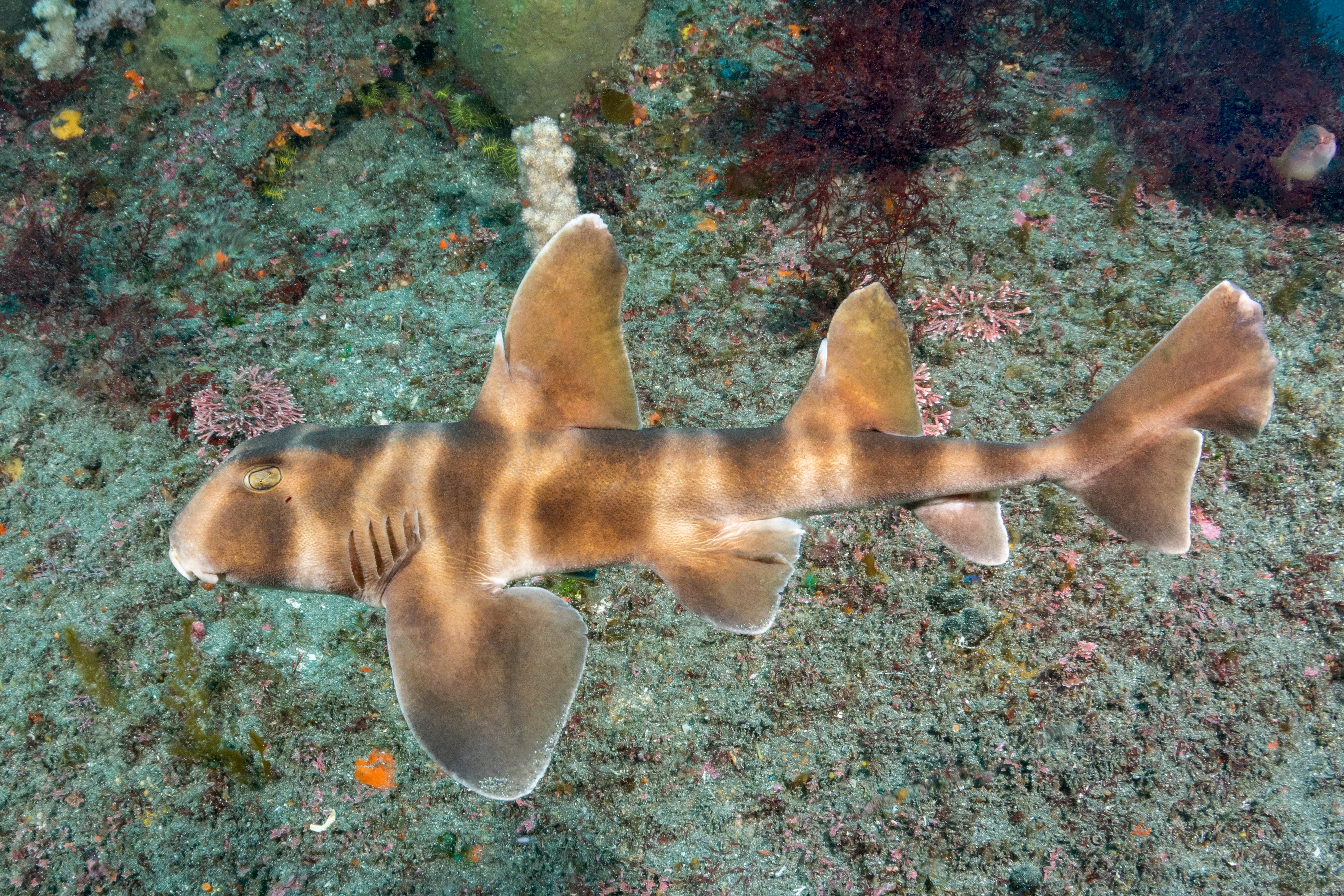 Yet the image many people have of marine conservation in Japan is somewhat grim. Two years ago the country’s delegates opposed every CITES listing for sharks, leaving the Western world with the impression of a nation that consumes the ocean rather than cares about it. But this does not hold true everywhere. Although the transformation of sharks from monsters to charismatic creatures in the eyes of the Western media has not yet taken firm hold here, attitudes are gradually beginning to change.

A wonderful example of a local community of fishermen and dive operators working together can be found just south of Tokyo in a town called Tateyama. Located in Chiba, a prefecture adjacent to the capital, Tateyama is a popular beach resort for Tokyoites in summer. It is easy to understand its popularity when you’re greeted by palm trees swaying in a gentle ocean breeze that offers respite from the sweltering summer heat of Tokyo. Already famous for its beautiful beaches, marine sports that include snorkelling, and the chance to witness bioluminescence at night, Tateyama now has a new attraction: the Shark Scramble. 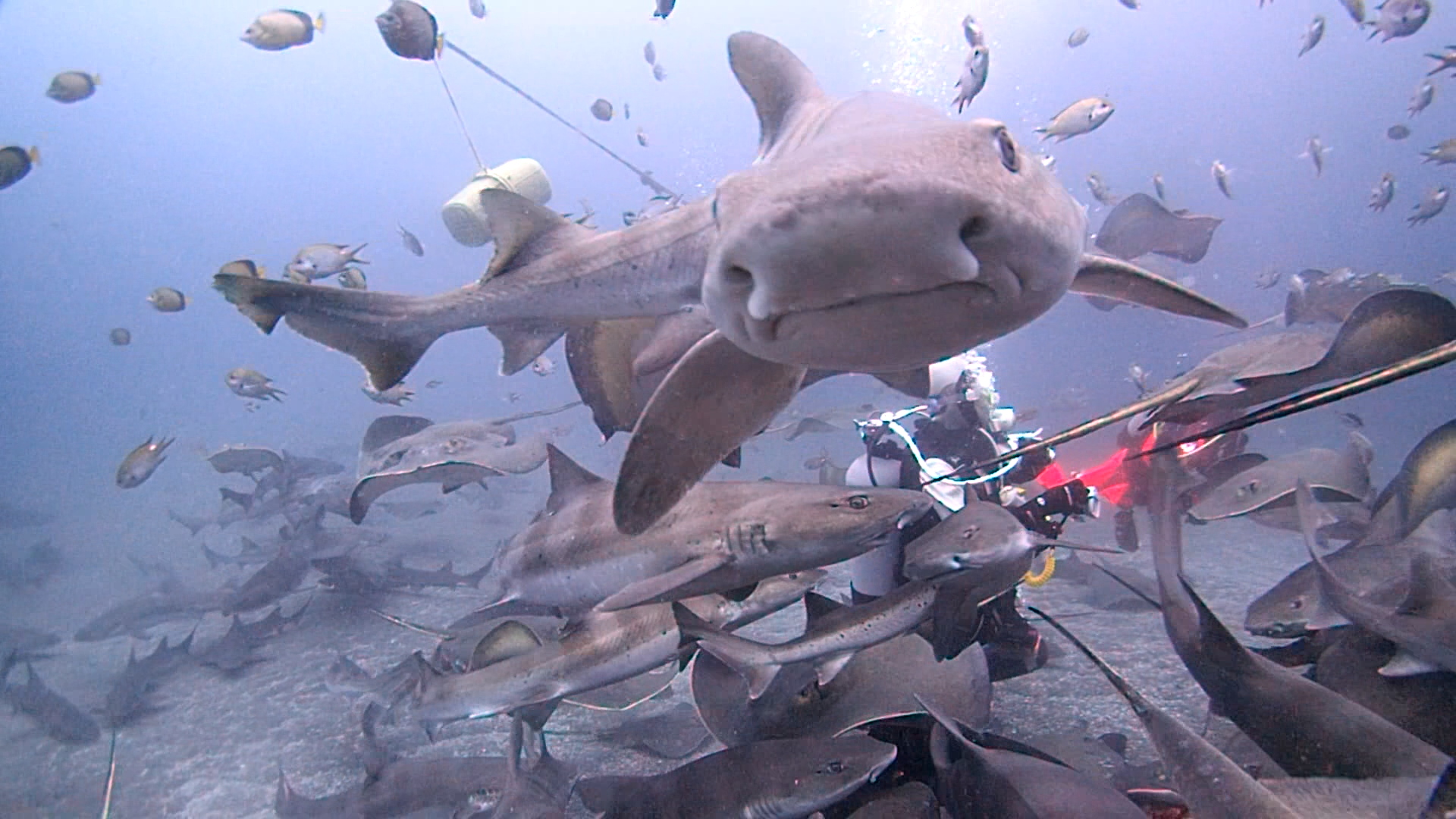 The Shark Scramble is a shark-feeding dive during which there can be 50 or more banded houndsharks Triakis scyllium circling the divers. And the win-win story behind this dive – for sharks and fishermen, dive operators and tourists – is worth telling. Tateyama is not only a tourist resort, but also a fishing town. Here, local fishermen have been catching coastal fish with set nets for decades.

Fishing with set nets, or teichi-ami as they are called in Japanese, is a traditional method developed in Japan over centuries. The mesh of the nets is very dense, acting more as an obstruction to the fish than as a net that entangles and drowns them. The nets themselves comprise a series of ‘chambers’ that become smaller and smaller. Thus when the fish enter or leave the bay, they swim into a net chamber to rest. They don’t die but, as they swim into ever smaller chambers, they can’t find their way out. The set nets stay in place and only act as a trap when they are raised. And the fishermen only raise them for a short period at certain times and seasons, limiting the impact on the ecosystem. The fishermen can check the catch before hauling it in and they lower the nets to release the fish alive if they have, for example, caught non-target species or a shoal of juveniles.

In Tateyama the fishermen experienced a lot of problems with the banded houndshark population. These coastal sharks would wander into the nets, poach the fish in them and destroy the nets. Instead of target species, the fishermen were landing sharks that were not used for human consumption and fetched as little as 50 yen per kilo. They didn’t want to catch or kill the sharks, but they definitely wanted to keep them out of their nets. Then the managing director of the local fisheries cooperative had a brilliant idea. He called the local dive operator, Kan Shiota at Bommie Dive, and suggested that he feed the sharks and so lure them away from the set nets. The plan went into operation four years ago and it has worked perfectly. 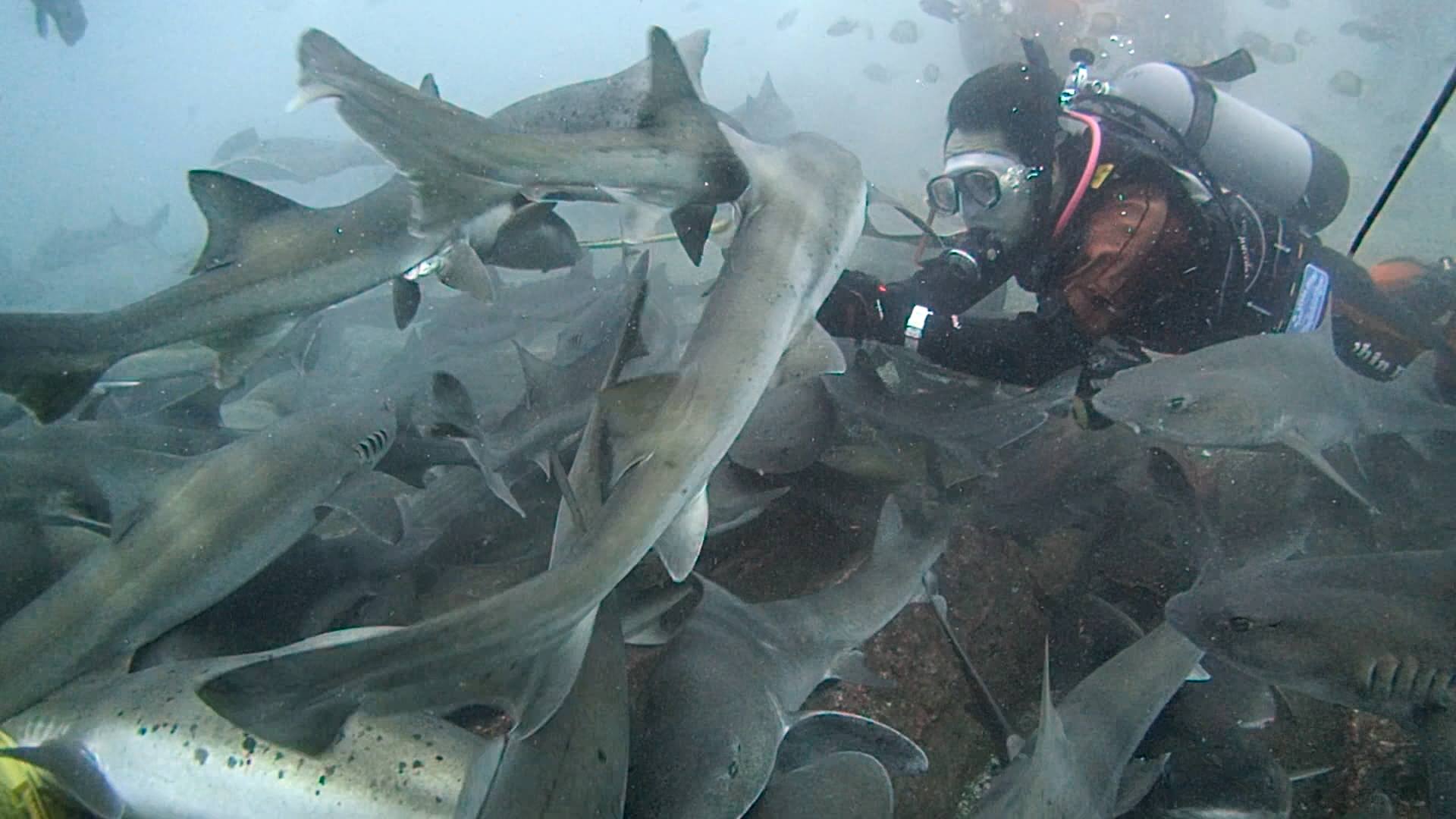 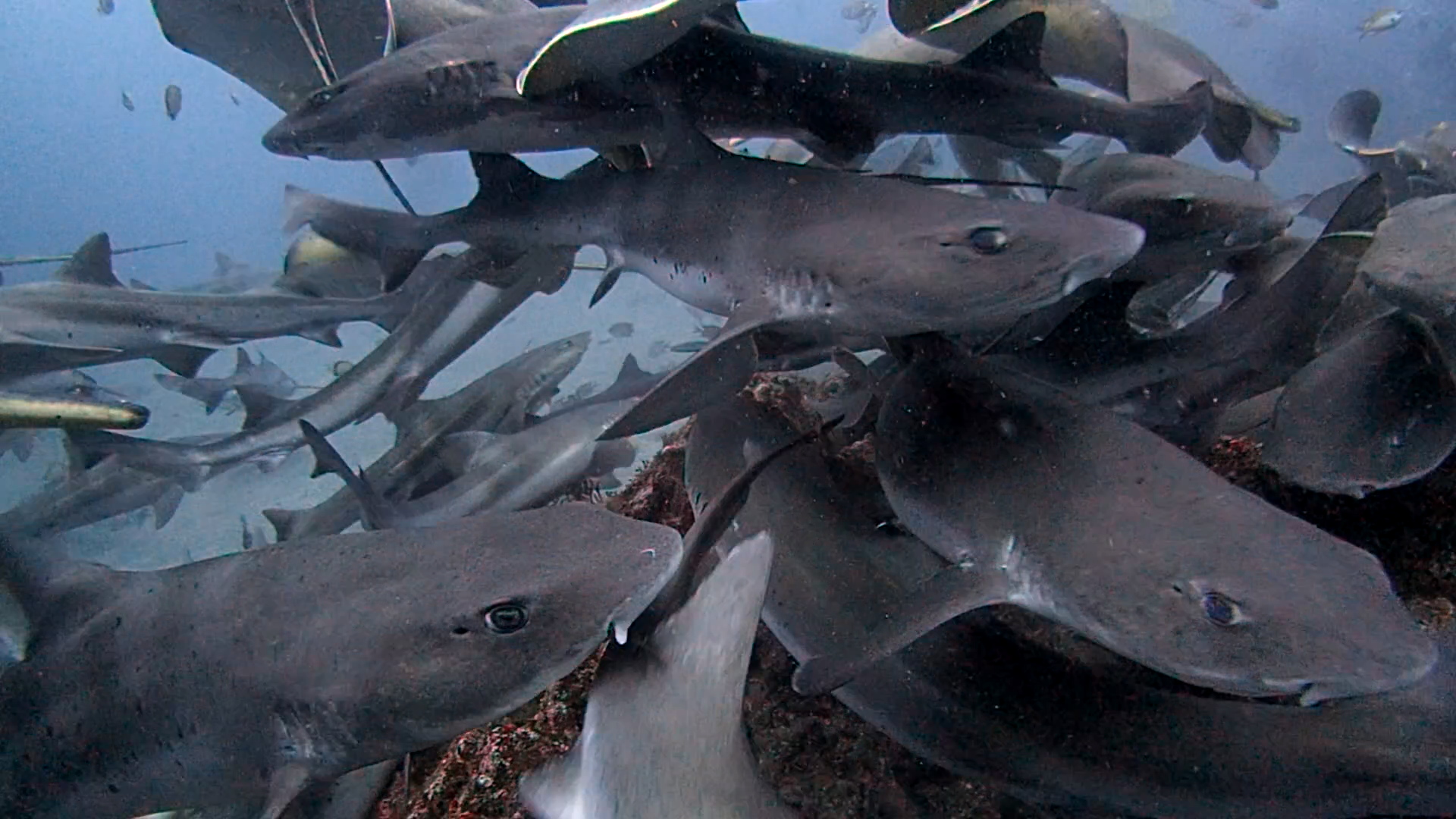 Since then, the Shark Scramble has appeared on Japanese TV and in Japanese dive magazines and become extremely popular with domestic dive tourists. The sharks are fed mackerel twice a day and are joined by hordes of red stingrays and the occasional longtoothed grouper during the dive. In the vicinity, the endemic and endearing Japanese bullhead shark Heterodontus japonicus can also be found, resting among rocks on the seabed.

During the feeding sessions the rays definitely take the lead, showing no fear of the divers at all; one bit my leg and another sucked my hair during a dive. Barbs glide past right in divers’ faces but, as Shiota says and my own observations confirm, no ray or shark has ever displayed aggression. Rather, the elasmobranchs seem to have started associating divers with food. While one or other stingray may nibble on a wetsuit, the sharks – about the same size as the rays – take a more well-mannered approach and often remain outside the scramble, as if waiting to be served. Gloves are provided as protection from shark denticles, as the houndsharks certainly don’t mind brushing up against divers.

Shiota tells divers about the history of this unique dive site before they take the plunge, sharing the story of this win-win project and increasing awareness of the declining coastal shark populations due to fisheries. With this in mind, it seems to be a promising approach, even if some people argue that shark feeding should be discouraged. Shark Scramble has the potential to change a whole community’s attitude to living and interacting with sharks.

The dive operator’s website (Japanese only) is http://www1a.biglobe.ne.jp/bommie/. Kan Shiota speaks English and is happy to take foreign divers to the dive spot. He can also be contacted by e-mail diving_bommie@yahoo.co.jp or telephone +81 0470 29 1470.

More information about the teichi-ami technique (in English) can be found at:

One response to “Shark ecotourism in Japan”