We had a great day of celebrating sharks at the Hatfield Marine Science Center on the Oregon coast. We managed several hundred people for the event, despite a severe winter storm that had closed several nearby highways. We were lucky to make it there ourselves! Our film,The Shark Riddle, screened twice, and we had a table set up where visitors could make their own shark hats and bookmarks. We also had our life-sized, 23′ long, basking shark on display for those who wanted to get a sense of how tiny we humans are compared with the giants among fish. 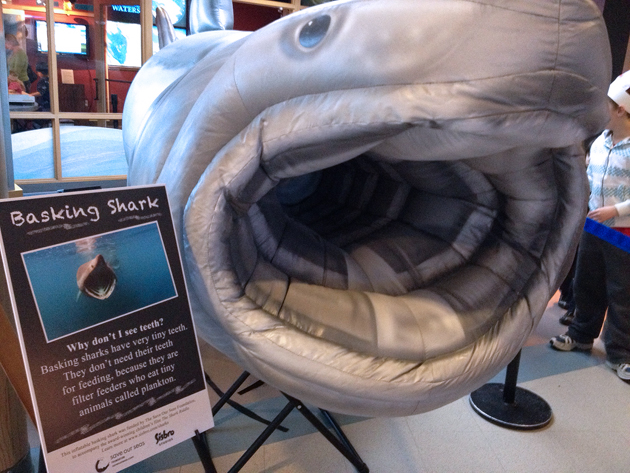 One of the highlights of the day was the necropsy of a juvenile salmon shark that had recently washed up on a nearby beach. The necropsy was simultaneously shown on several video monitors throughout the museum and streamed online to viewers at home who couldn’t make it out. 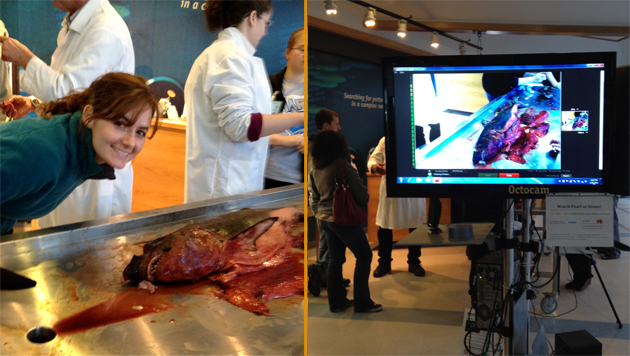 Those of us there in person were encouraged to get our hands dirty and touch and poke and prod to our heart’s content. Speaking of which, this shark was found to be without a heart! Can you guess why? A strange hole along the gills gave us a clue. We think that after it washed up on the beach, a hungry shorebird pecked its way inside to pull out a tasty treat! One thing I learned was that the vertebrae of sharks contain growth rings that can actually help a scientist determine its age. This shark was less than a year old.

The HMSC is operated by Oregon State University and managed by Oregon Sea Grant. Its visitor center features exhibits on marine species, marine research, and the coastal environment with live marine animals, interactive puzzles and games that demonstrate marine science concepts and other aspects of our amazing ocean planet. 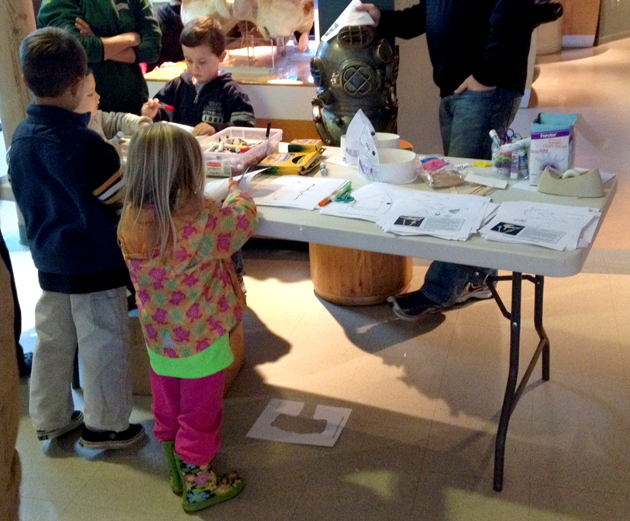