Searching for ‘boils’ in Honda Bay

It’s a full moon, which also brings a spring tide. This means one thing to the LAMAVE research team – filter feeders!

I’m here to film Ariana Agustines, a shark researcher who’ll feature in the documentary  Sharks of the Sulu Sea. Ari is currently exploring the relationship between whale sharks and local communities, challenging the conflicting view of protecting wildlife or livelihoods and seeking a combination of the two. Her field site is Honda Bay, located off the coast of Palawan Island in the Philippines. It is a body of water that reaches depths of 50 meters and, under the right circumstances’ teams with zooplankton, which attracts filter-feeding sharks and rays from the deeper Sulu Sea (which has an average depth of 4400 meters). Fringing the bay is Puerto Princesa City – the capital of Palawan. The bay is one of the principal fishing grounds in the city. 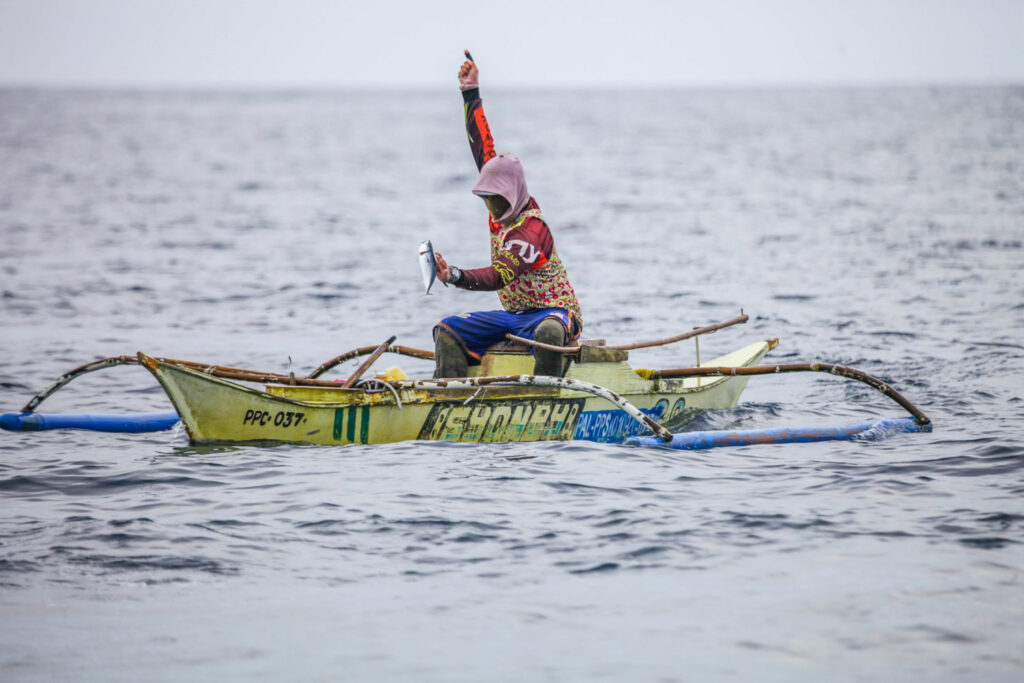 A fisherman removes a fish from his line in Honda Bay, Palawan, Philippines

We are 2km offshore. Ari and the team are searching for ‘boils’ – signs of a boil include birds and splashes. These boils are dynamic ecosystems – baitfish feeding on zooplankton attract tuna fish that drive the baitfish into a ball. Birds swoop in from above while tuna prey on the fish from below. Yet the pièce de résistance for the team is when a whale shark fin cuts the surface or a hefty shadow charges towards the bait ball to feast on the dense zooplankton. On the surface, fishers also target these boils to catch the tuna. 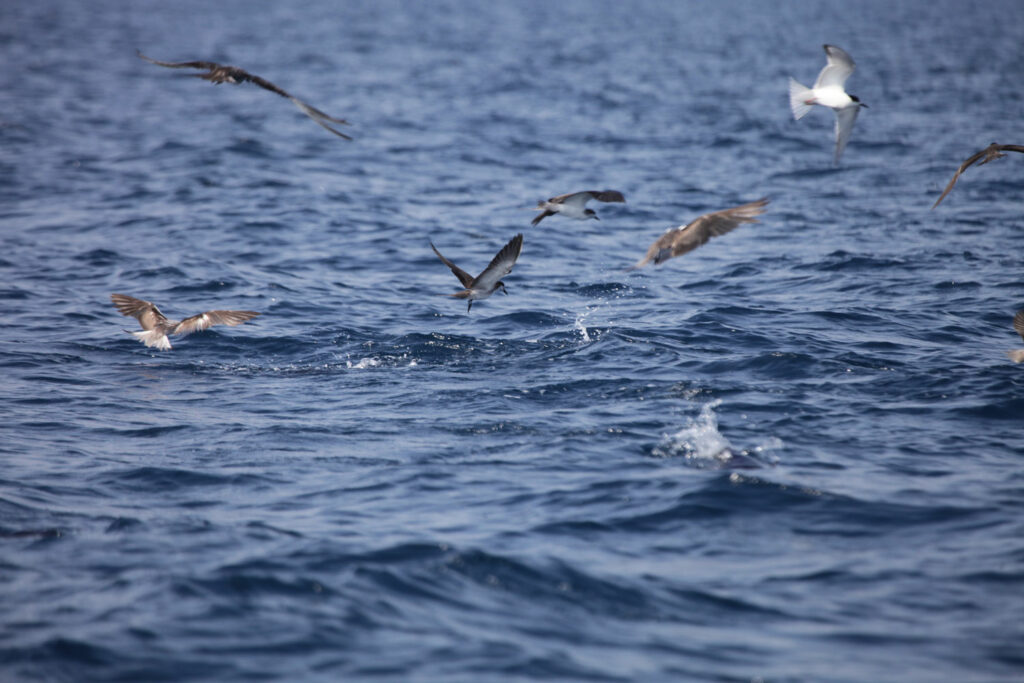 Birds dive to catch baitfish on the surface. The baitfish are pushed to the surface by tuna. The research team use this sign to identify the possible presence of a whale shark.

There are no whale sharks today, but we encounter oceanic manta rays, another filter feeder. They are barrel rolling, a feeding technique that maximises their prey intake, perfect for taking advantage of the dense patches of zooplankton. It’s an incredible encounter, and Ariana and the team will analyse the photographs collected to see if the spot patterns on the manta’s bellies will match individuals already in the national population catalogue or if they were new individuals sighted. 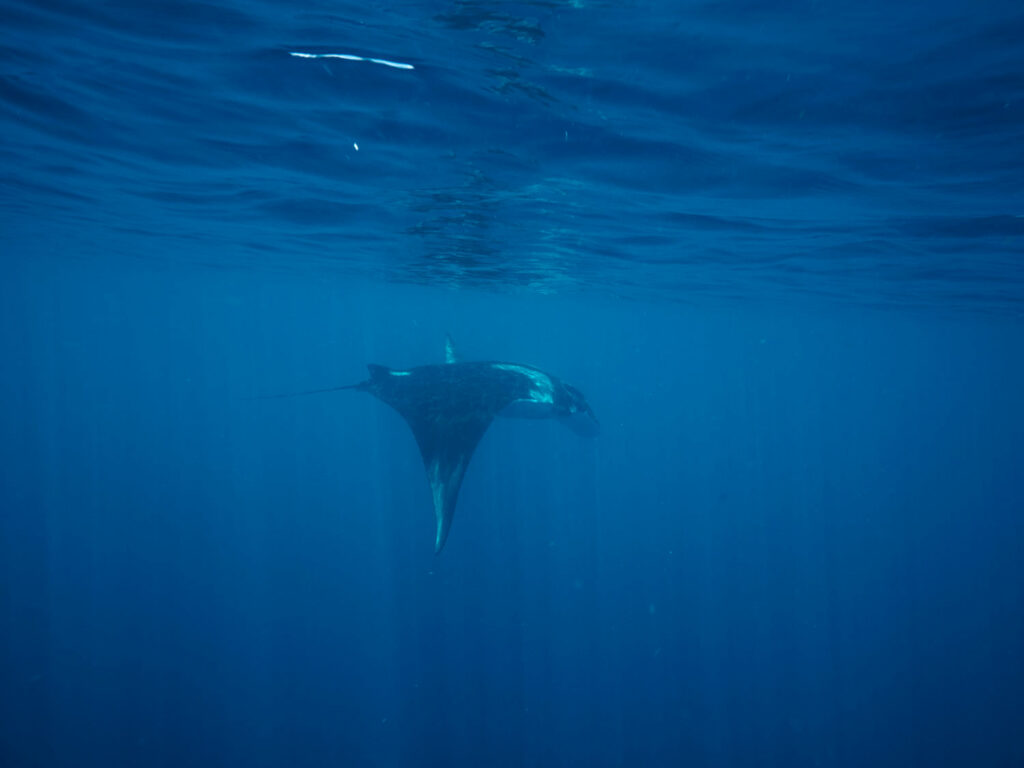 An oceanic manta ray encountered by the team.

Since I started documenting Ari’s work, we have encountered a variety of marine megafauna. These encounters highlight how biodiverse Honda Bay is and why regulations are so essential to protect this incredible habitat, the species that call it home and the livelihoods of those that depend on it.

One thing for sure, if the weather allows, we’ll be back out again during the next full moon!