Two graduate students and I travelled 2,405 miles along the east coast of the U.S. over 10 days in 2017 searching for sawfish saws. In these 10 days, we collected tissues samples from 222 sawfish saws spanning three centuries. In these 2,405 miles we vicariously traveled to over 20 countries, including the USA, Mexico, Guatemala, Nicaragua, Panama, Colombia, Ecuador, Guyana, Suriname, French Guiana, Brazil, Madagascar, Yemen, Iran, India, Bangladesh, China, Philippines, Malaysia, Indonesia, Papua New Guinea, and Australia. This was made possible through museums and their collection managers, who allowed us to examine their sawfish collections. You never really know what you are about to discover in the basements and behind the scenes of museums until you open the cabinets. We have seen sawfish specimen from the 1700’s, saws that stood taller than us, saws elaborately painted with gold leaf or turned into artistic pieces, and one that was even turned into a hand saw. 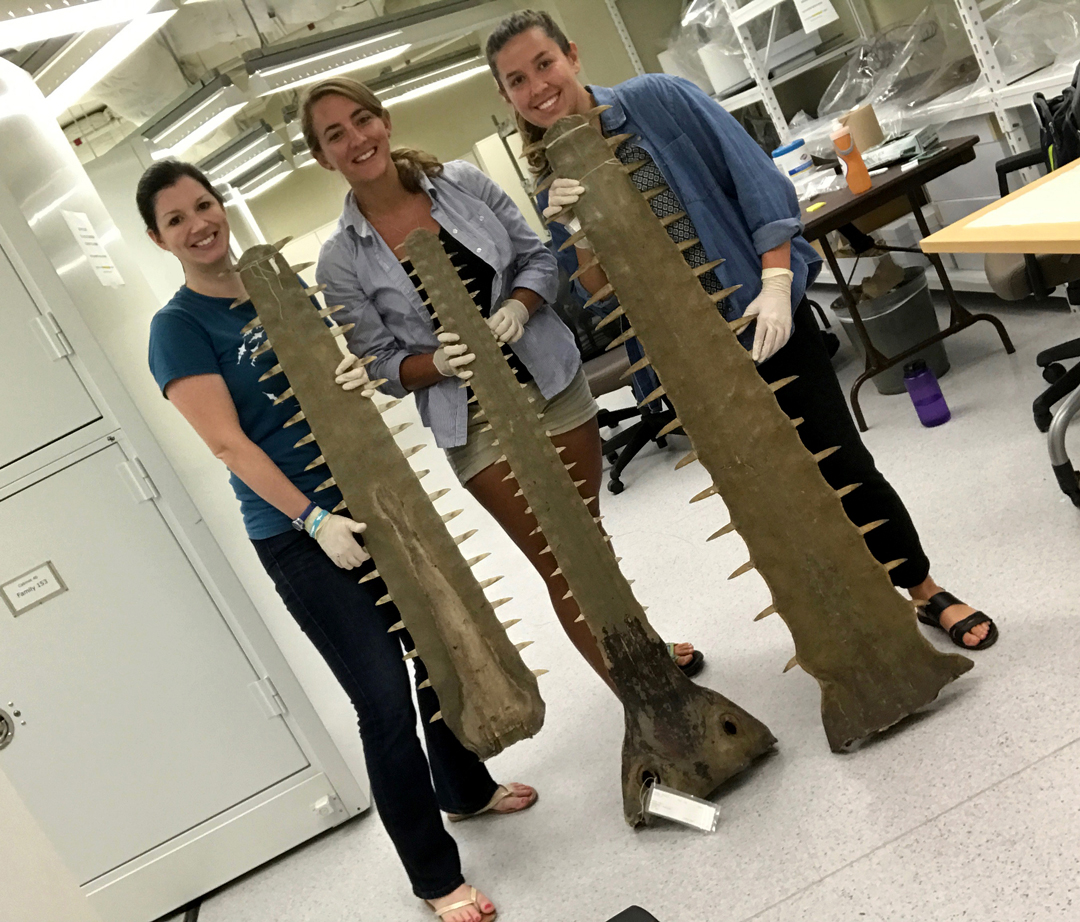 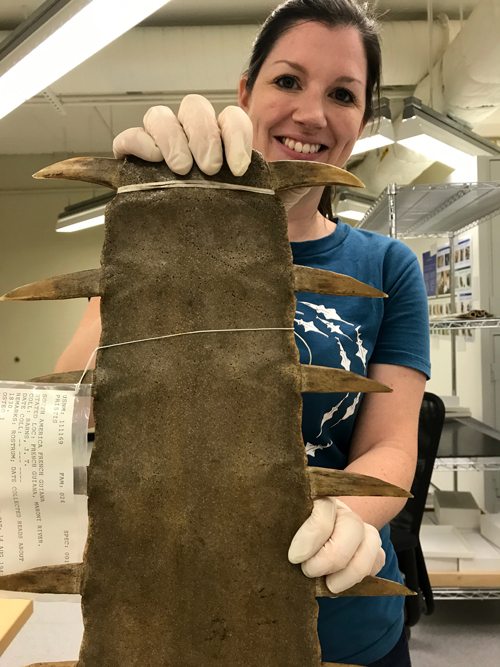 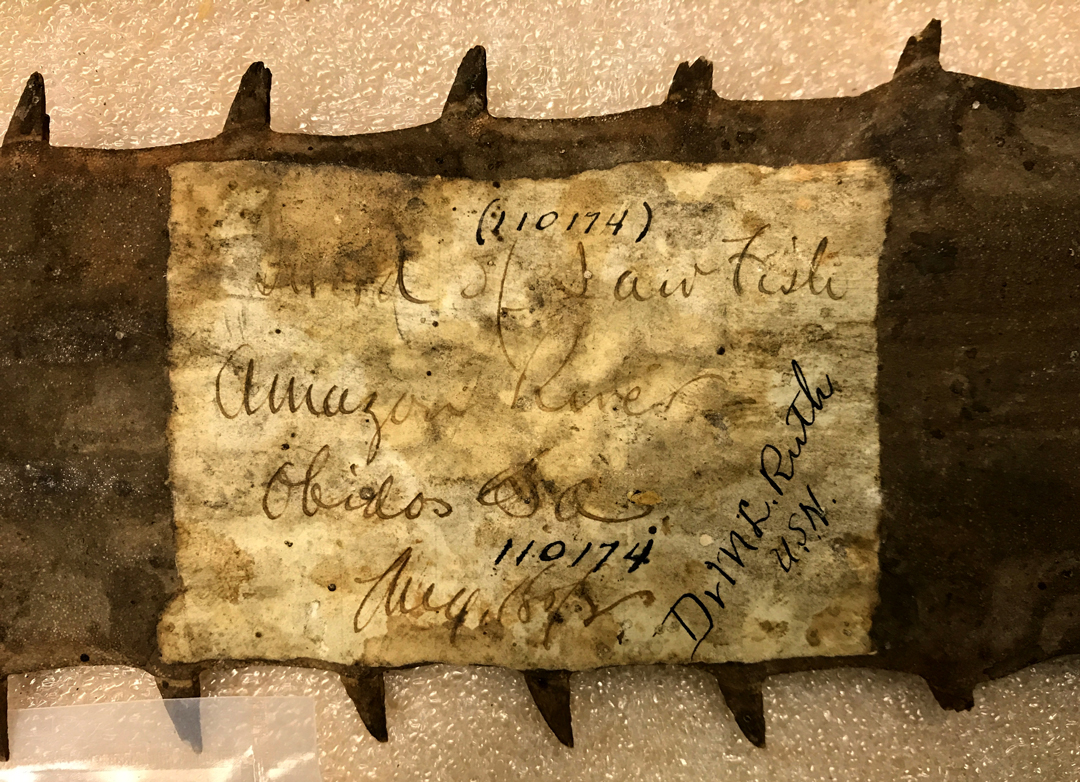 Each sawfish saw has a unique history and story to tell. One of the most memorable stories was told to us by one of the curators at the Smithsonian. She collected a sawfish saw in 1987 while conducting a survey of freshwater fishes in the Ramu River system in northern Papua New Guinea. While their surveys did not locate any sawfish, they were reported to be relatively common by villagers and she traded a can of fish for a largetooth sawfish saw in Madang.

The stories of how many of these saws were collected have been lost over time, but within the tissues of these old saws, are the stories of sawfish population from the past. By examining the DNA of historic sawfish saws, we will be able to see what populations once were. But why study the past of a species? What knowledge can be gained by studying what was? As a conservation geneticist, I am often asked these questions. We can learn a lot about the past of a species through DNA. The DNA of past populations gives us a snapshot of the genetic diversity in sawfish before they were heavily exploited. It gives us much needed, and often absent, baseline data to draw comparisons with contemporary populations. Such comparisons can give us a better understanding of the genetic health of sawfish today, which in turn, will assist in providing a prognosis for their long-term survival. 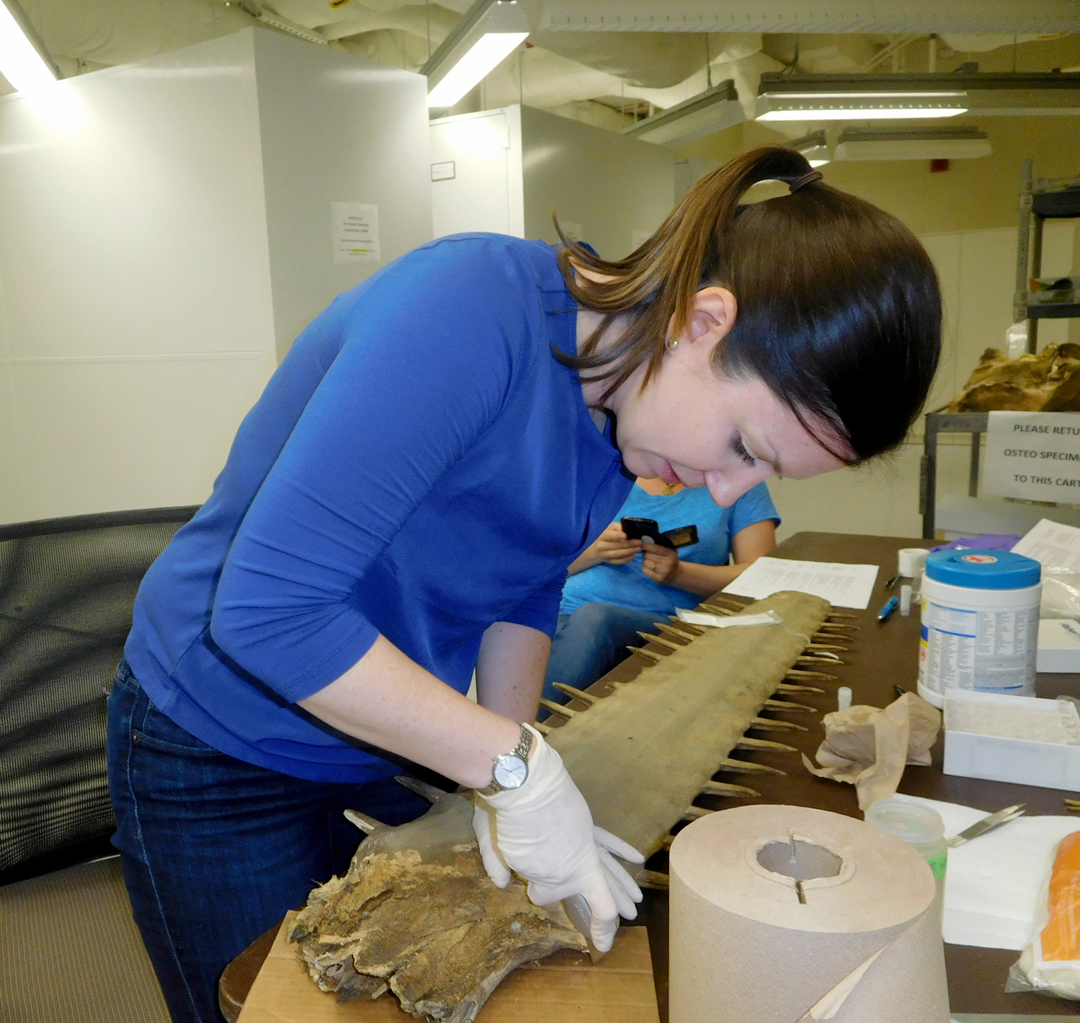