Sometimes working with endangered species can be difficult. Personally, I have a lot of respect for my fellow elasmobranch biologists who collect samples and sightings data from fish markets and other locations that bring you close to only body parts of the species you are working so hard to protect.

Last week I received a set of saws that Queensland Fisheries had confiscated. The previous owner of these had received a fine for possession without a permit. It is likely that many of these saws had been taken before sawfish had been protected. But it is also likely that the saws represent a subset of what he collected, the subset that he was not yet able to sell. 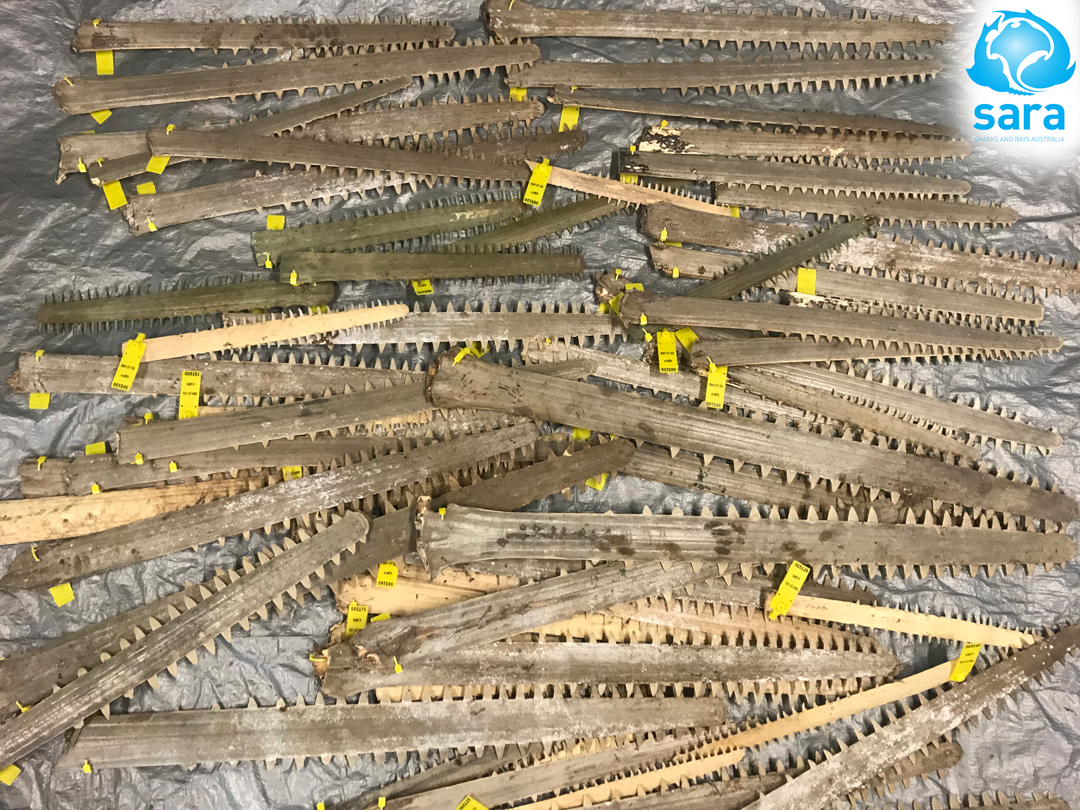 The set comprises of 63 sawfish rostra belonging to two different species. All of them had been tagged by Queensland Fisheries and were forwarded under strict permit conditions. Photo © Barbara Wueringer

The saws will be used for research and education. DNA samples and measurements will be taken, and some of the saws will be used for school visits. But these saws will also guide future sampling efforts. Being an optimist, I am hoping they might lead us to a remnant population of a Pristis species on Queensland’s east coast, in a location where potentially even the populations of Anoxyrpstis cuspidata might still be healthy.