The white sharks have returned to the Neptune Islands, off the coast of South Australia – and so have we. This past August and September were eerily quiet at the islands. Although this time of year is by no means regarded as the busy season, the lack of shark sightings at this cage-diving hotspot was still considered unusual. Where had the sharks gone? What were they doing? And a question of particular interest: what were they eating? 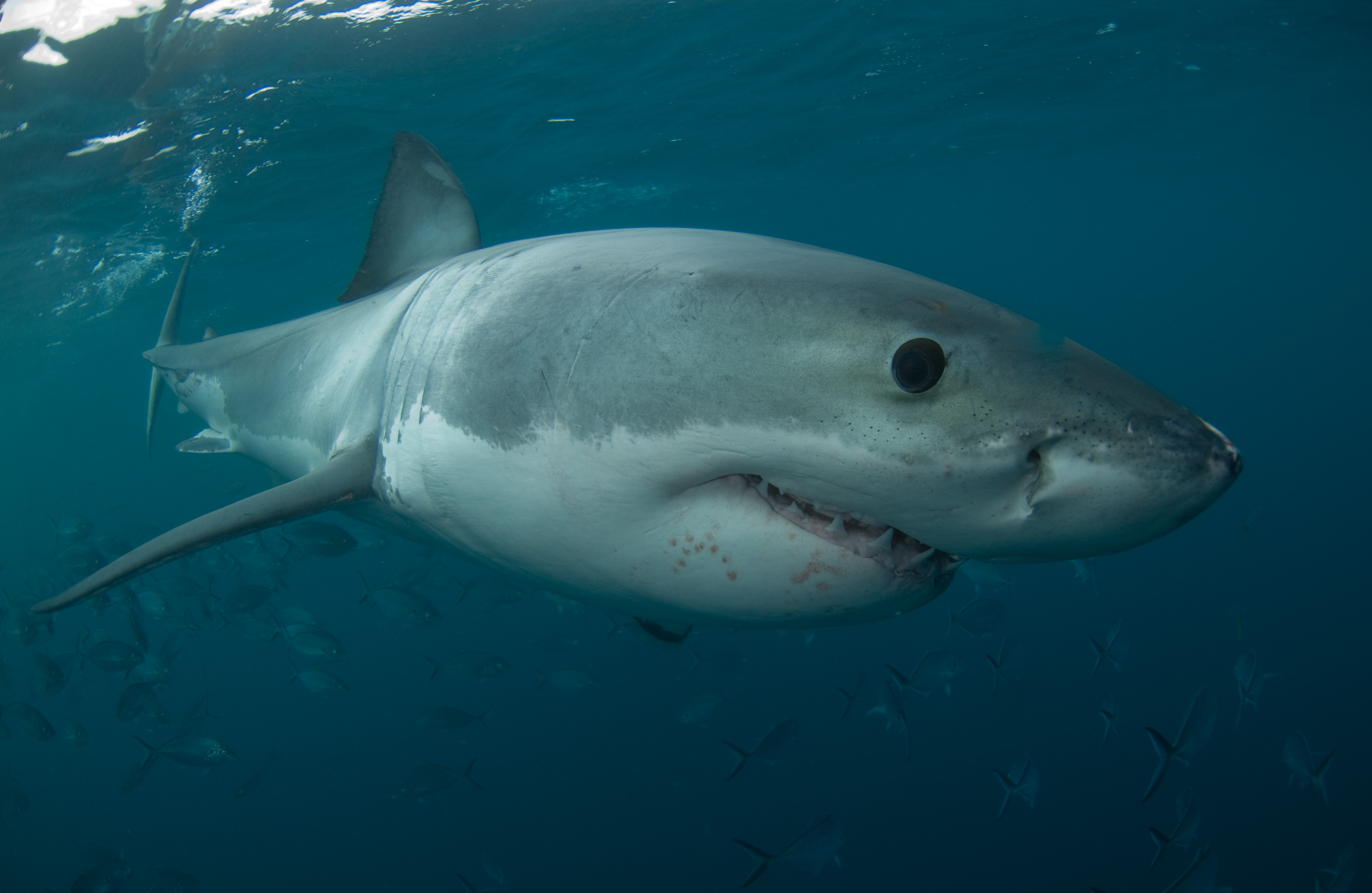 Luckily for the Southern Shark Ecology Group’s research team, the white sharks did eventually return to the islands, bringing with them the answers to these key questions. After seeing several individuals in October, we gathered our research gear and headed out to investigate.

The newly returned sharks provided us with the vital opportunity to determine what they had been feeding on prior to their arrival at the Neptunes. For this reason, taking a biopsy of one of them was essential. This is more difficult than it sounds. Obtaining a successful biopsy of muscle and connective tissue from a white shark can prove quite challenging, as its skin is extremely tough and the underlying connective tissue and muscle can’t be easily removed. Fortunately, after several attempts, we were able to take a biopsy from a 3.6-metre male we called Percy, a new arrival at the Neptunes. The muscle and connective tissue from Percy will now be taken back to the lab in Hobart, Tasmania, where we will be able to determine what he was eating before he arrived at the Neptunes. Although important on its own, this information is only the first part of the puzzle, as it gives us a vital ‘before’ snapshot of his diet.

The hope is that Percy will now stay around the Neptune Islands for several months and that he will attract cage-divers eager to see him in his natural habitat. During his stay, we want to know if Percy’s diet changes, if it includes the bait used by the cage-diving industry or if it shifts from being fish-dominated to seal-dominated. This task will require the all-important ‘after’ snapshot: a biopsy from Percy in several months’ time – if he is still around.

Check back to see what Percy has been eating and whether he stays at the Neptune Islands long enough for that crucial second biopsy.