Researching one of the planets most threatened marine fish

It’s hard to imagine that many researchers step into the field expecting to find one of our planets most threatened marine fish (although one always hopes!). I certainly did not imagine this, in particular as an early career researcher, relatively fresh out of university with a bachelor’s degree in Marine Biology in hand. But in 2017, joining as a research assistant for a shark and ray field expedition in the Cabo Verde archipelago, off the coast of West Africa, I was part of the team that scientifically validated the presence of one such species, the blackchin guitarfish – scientific name: Glaucostegus cemiculus – in this island nation. 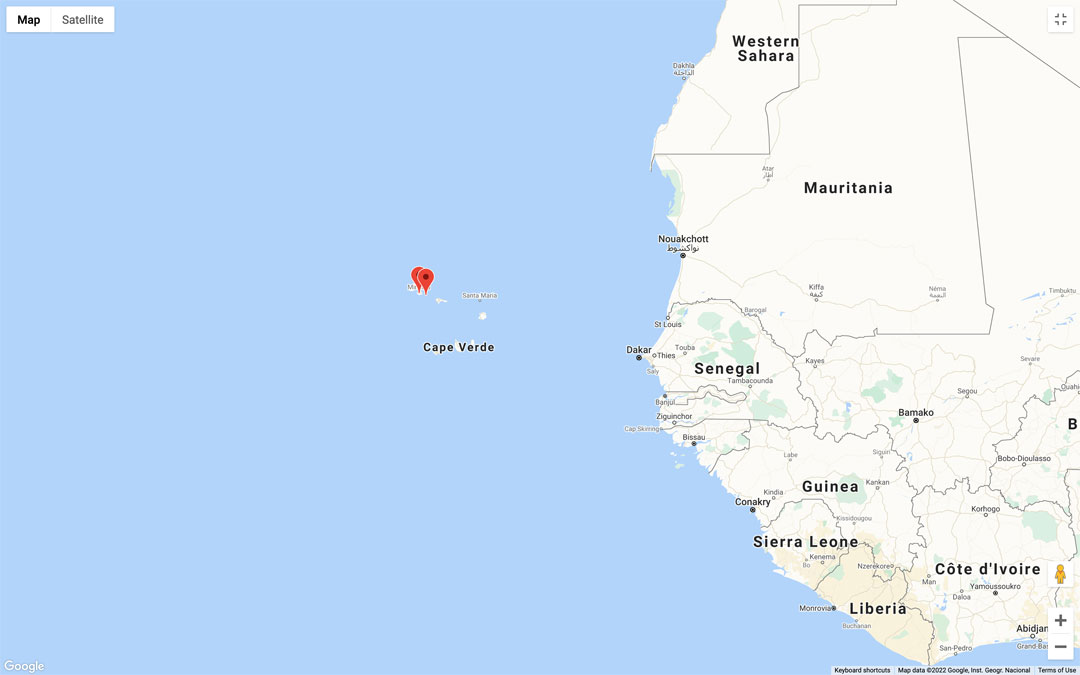 At the time, our team was in Cabo Verde to acoustically tag Atlantic weasel sharks and help establish a shark and ray mark-recapture tagging programme for the coastal species occurring at the islands of São Vicente and Santa Luzia. So, it came as a complete, albeit a very happy surprise, when at two in the morning, at the end of a long day of tagging, we caught, tagged, and released our very first blackchin guitarfish. 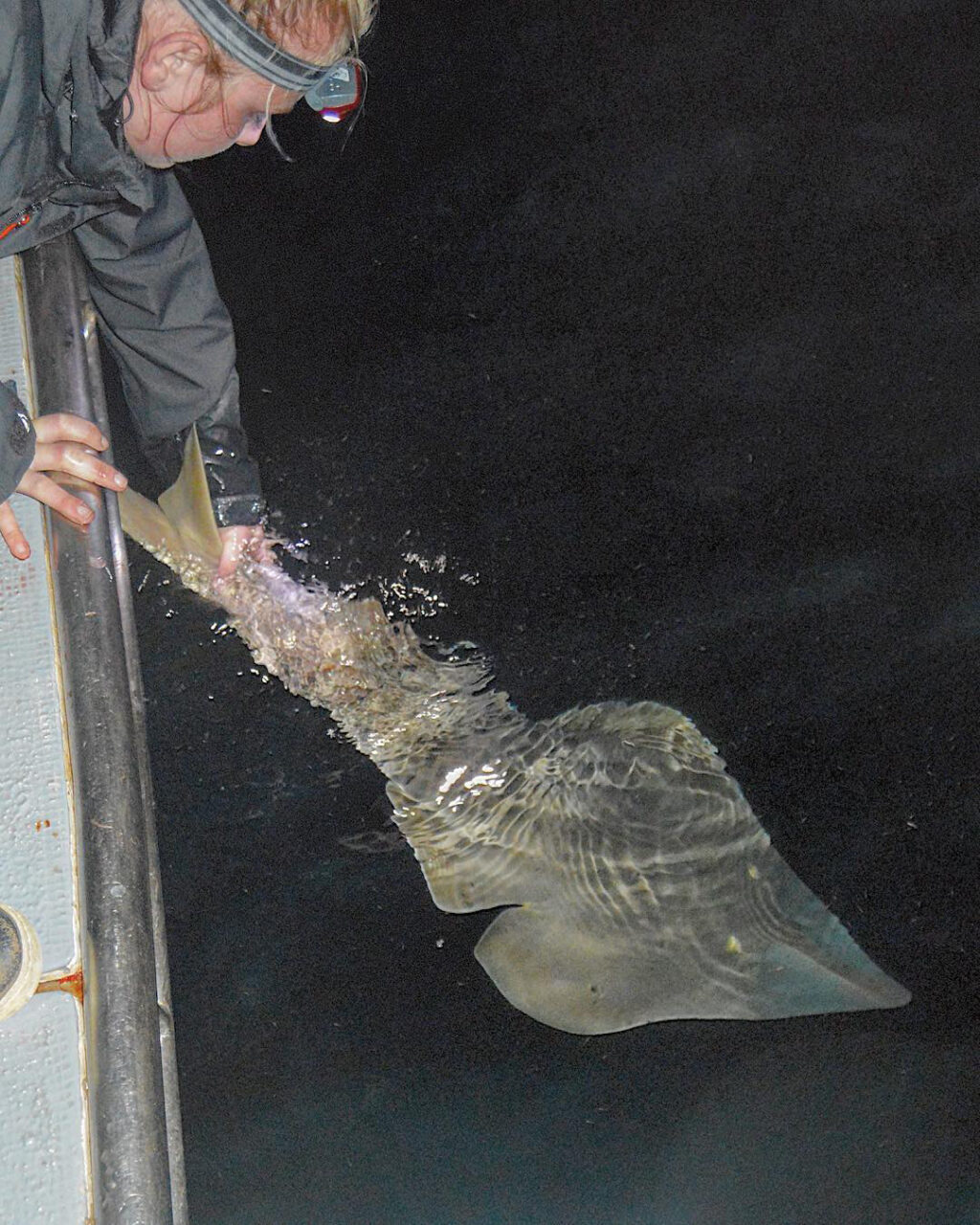 Releasing the first blackchin guitarfish I’ve ever seen, during our 2017 tagging expedition in Cabo Verde that scientifically validated the presence of this species in the island nation. Photo © Manuel Dureuil | ShARCC. 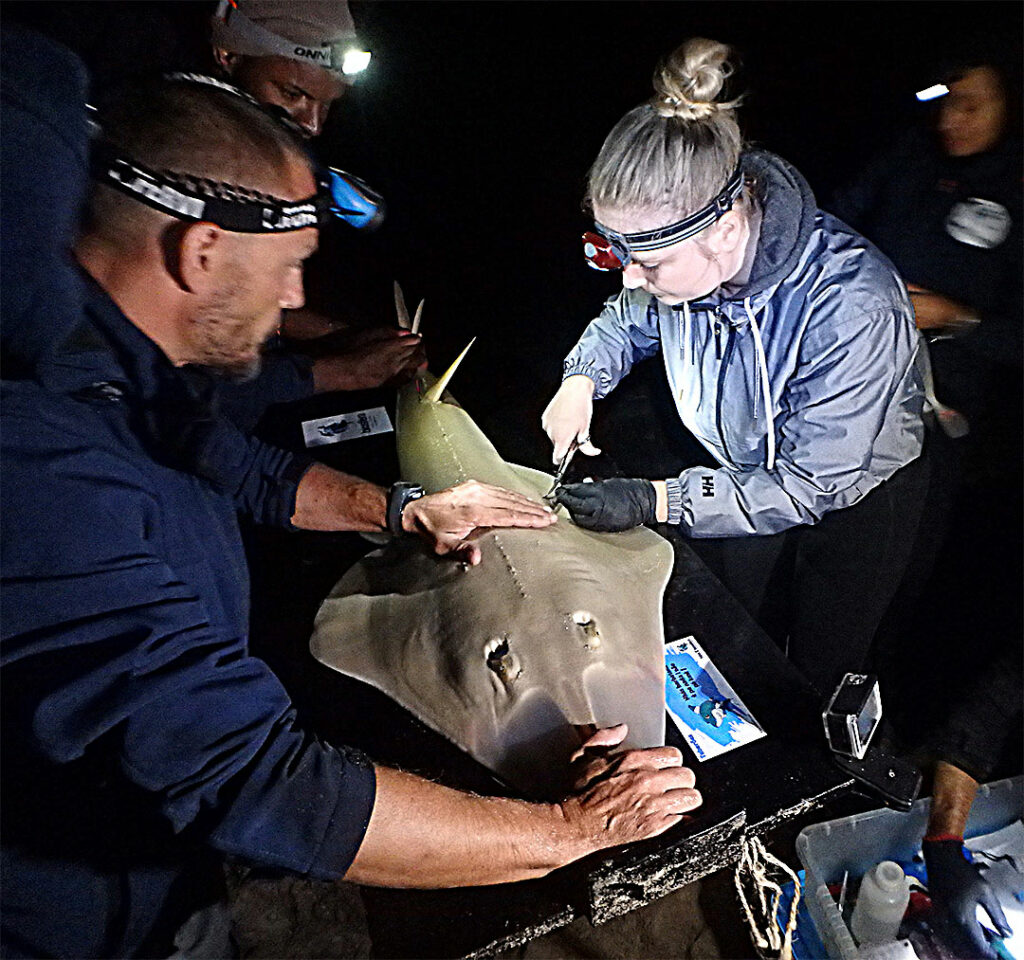 Taking a small tissue sample (less than 5 mm in size) from the trailing corner edge of the pectoral fin of the blackchin guitarfish. This was one of the two individuals caught, sampled, tagged, and released as part of the 2021 expedition for the continuation of the Cabo Verde Elasmobranch Research and Conservation Project, a partnership between the NGO I am a member of, ShARCC, and local Cabo Verdean NGO Biosfera. Photo © Manuel Dureuil | ShARCC.

In late 2021 I collected my tissue samples from blackchin guitarfish in Cabo Verde with expectations that analyses will be completed in late 2022. The expedition took place as part of the now ongoing mark-recapture tagging programme and involved many late nights, fishing for hours after sunset, lots of boxed pizzas and driving to remote beaches on roads that could barely be considered roads. Most memorably, however, the expedition involved working together with local NGO Biosfera, where we continued to build upon our relationship and teach each other about the best ways to help the coastal shark and ray species of Cabo Verde.

During the 2021 expedition, we caught, sampled, tagged, and released two blackchin guitarfish, a win in my books considering they belong to the most threatened group of marine fish on the planet. These two samples are in addition to the 44 samples collected by the Biosfera team throughout 2021, and I am excited to see what answers the genes from these individuals will provide us.