Perspectives of a young fisher….

My name is Randy, I’m 15 years old and I go to Beau Vallon Secondary School in Seychelles. 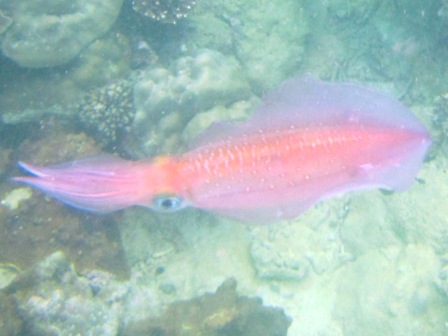 Squid were found in abundance in Beau Vallon Bay in Seychelles for many years, coming in all sizes. They were usually found under boats anchored at sea, hiding from the sunlight. You could see them glowing in the dark; mostly bright pink. However, for the past few years their numbers have declined rapidly due to fishing activities in the area. 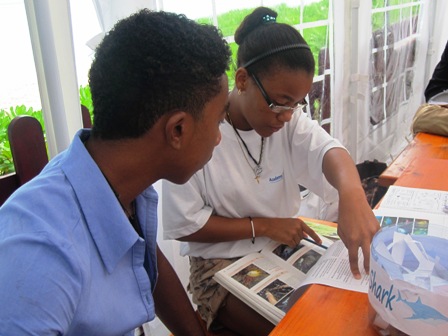 Randy and Farima at the Academy

I myself have firsthand experience in squid fishing. About two years ago I used to fish squid; I caught about 10 squid per day and sold them to other fishermen and restaurants like the Boat House in Beau Vallon. I saw that it was an easy way to make money so I continued. After a couple of months I started noticing a decrease in the catch and length of squid I caught. I was used to catching squid about a metre long but now I was only catching ones about 40-50cm. So I stopped for a while and let them grow and reproduce, which would in time double my catch and income. But the problem became worse and worse and so I stopped. Some people even offered me money to bring them juveniles to keep in their aquariums. Now very few squid are seen in the bay.

When I joined the Academy by the Sea on the 27th August I realized that I and other fishermen were probably the main reason for the squids decline. Now I will start to raise the awareness to other local fishermen and try to educate people on how and why we need to save the creatures in the sea.

Research has shown that just 1 in 500 people are actively doing things to help the environment, are you one of them? Let’s try and increase the number! 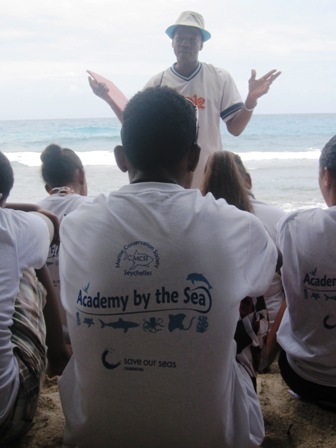