Our D’Arros experience: Turtles and Trash!

A lot of days on D’Arros proved great for turtle sightings, but the second Tuesday was turtletastically awesome! A trip to St Joseph Atoll gave us a count of 163 green turtles and one hawksbill (these are the two species of turtle which are commonly found and breed in Seychelles). It was amazing to see the beautiful green turtles whizzing by the boat and popping their heads up to breathe. In the evening the students were lucky to top off their turtle tally triumph with a turtle presentation from scientist Chris Boyes. Chris helps conduct research on turtles at D’Arros and has worked with many different turtle species all over the world. 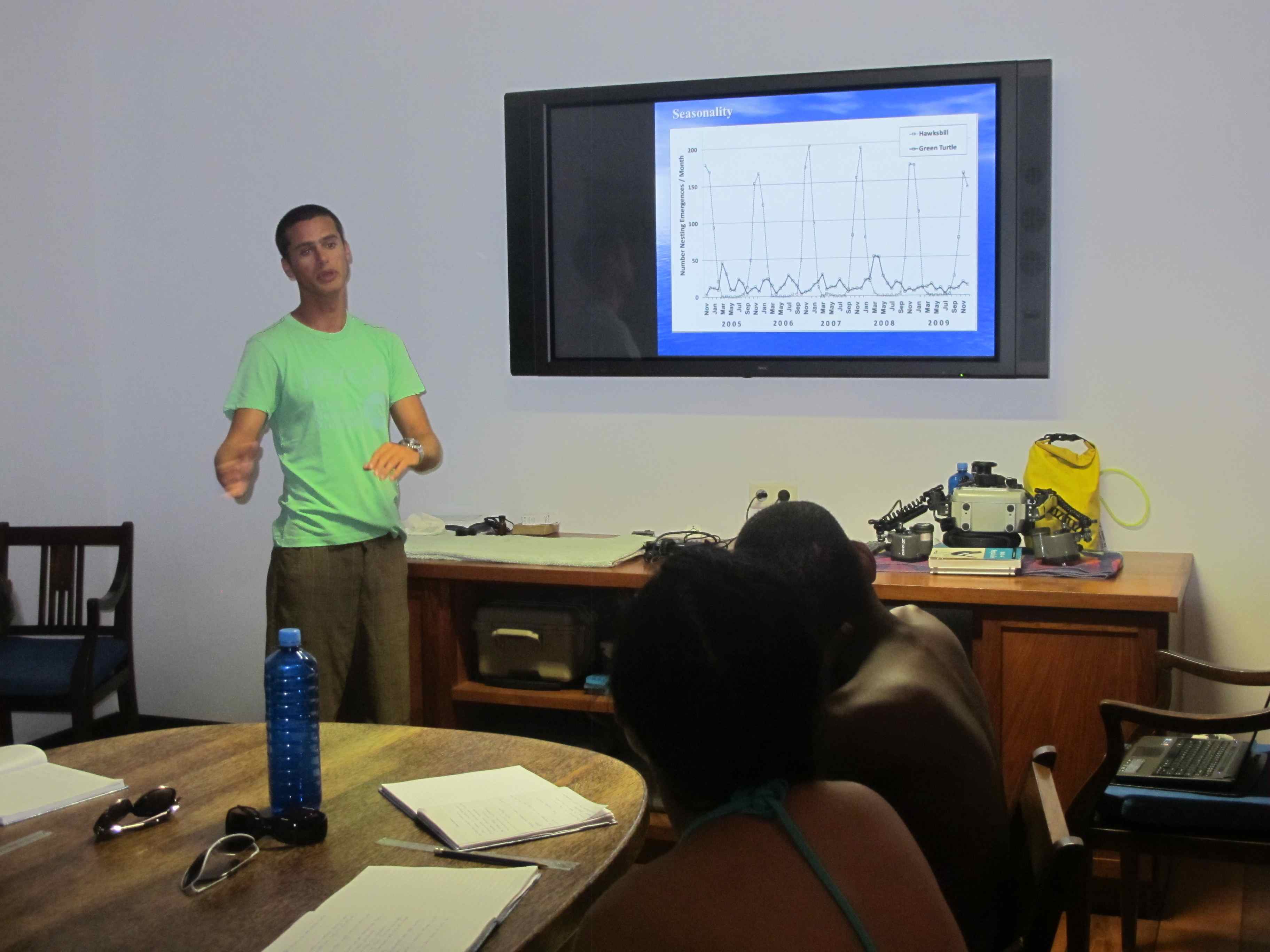 A few days later the turtle adventure continued as we joined D’Arros Research Centre staff on a turtle patrol, the big question ‘Would we see a turtle?’. 14 year old Jaymee Clarisse from Belonie Secondary School on Mahé describes the patrol… 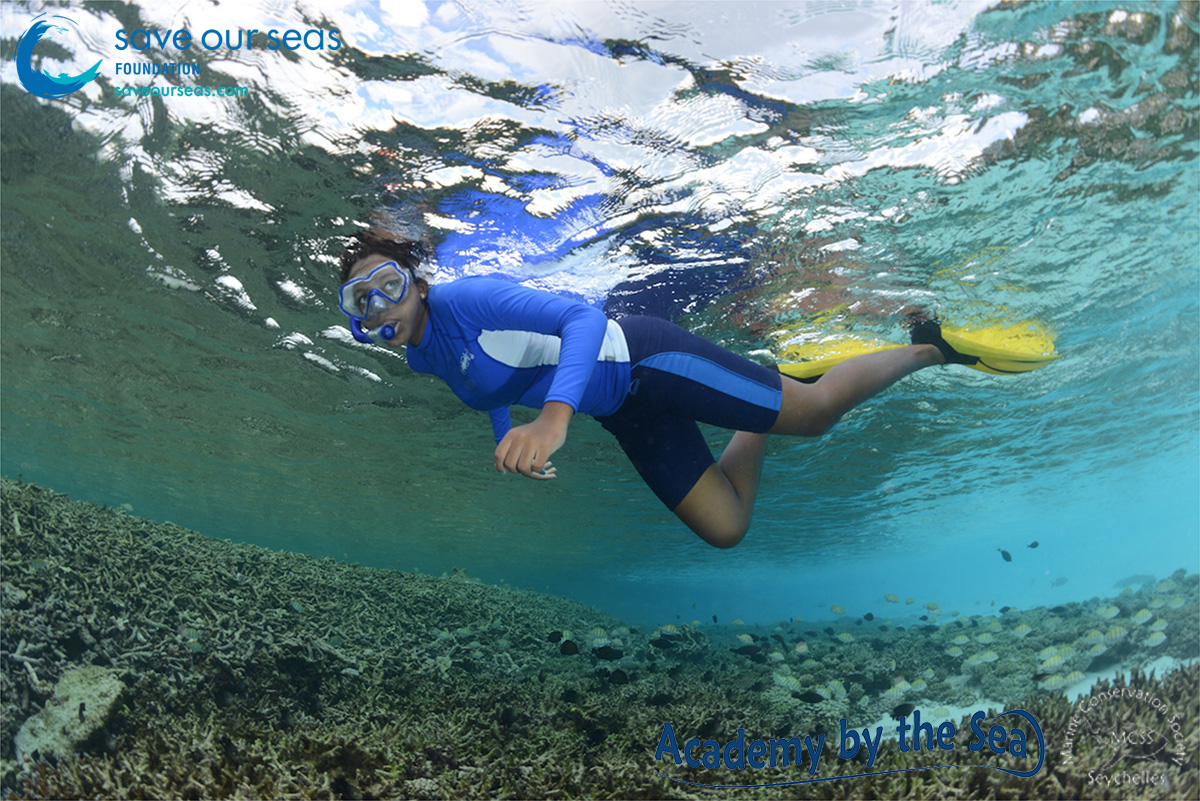 Jaymee enjoying her first snorkel on the reef at D’Arros. Photo: SOSF/Michael Scholl

“We woke up at 5.30am for our turtle walk. We went to the dry lab and met the guys who do the turtle surveys, Coco and Nightflaur. The walk then started at 6.02am. We walked on the beach towards where we were staying. We saw really nice shells, hermit crabs and lots of frigate birds. At one point we saw some lemon sharks in the sea, others saw five of them but I only saw one, it was cool!

We kept walking until we reached Sunset Beach and met Michael there but we still hadn’t seen any turtles. We took a break at sunset beach and had some biscuits and water. After our break we started walking again. We finished our 5km walk after 1 hour and 32 minutes at 7.34am and then had our breakfast! We had a nice walk and watched the sunrise, but unfortunately we didn’t see any turtles.” 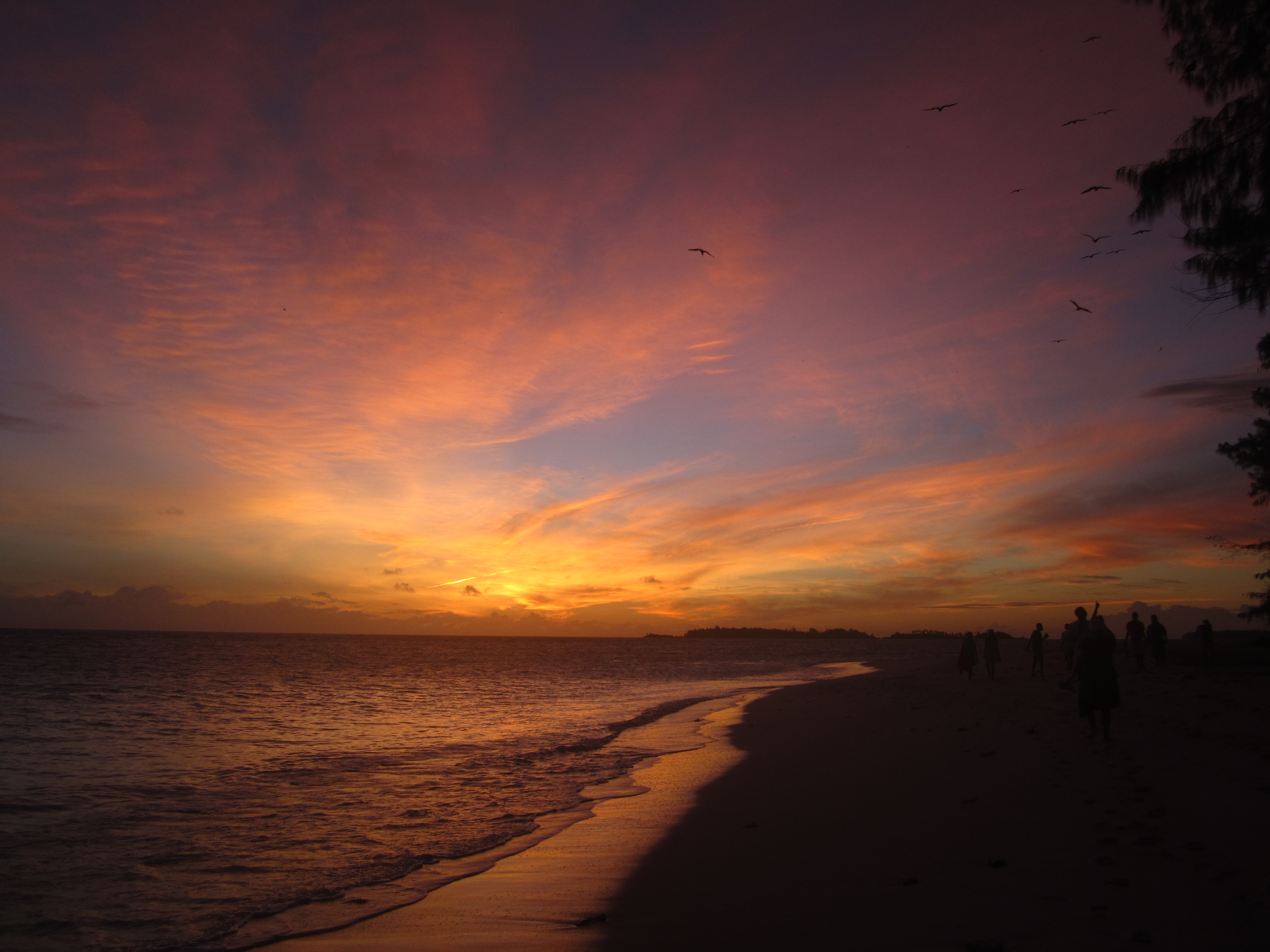 So no turtles but still a good opportunity to learn what the rangers do every day in their turtle monitoring. AND an amazing way to see the island! Walking all the way around the island you realise how special a place it is, but this haven for turtles, sharks and seabirds is affected by one of the SOSF five key threats to the ocean –Pollution. Jaymee continues her reporting with what the students experienced of this threat…

“The last group collected 10 big bags of garbage on just 200m of Sunset Beach on D’Arros in about half an hour. The rubbish hadn’t been left on the beach by people at D’Arros but had all been washed up on shore from the ocean. 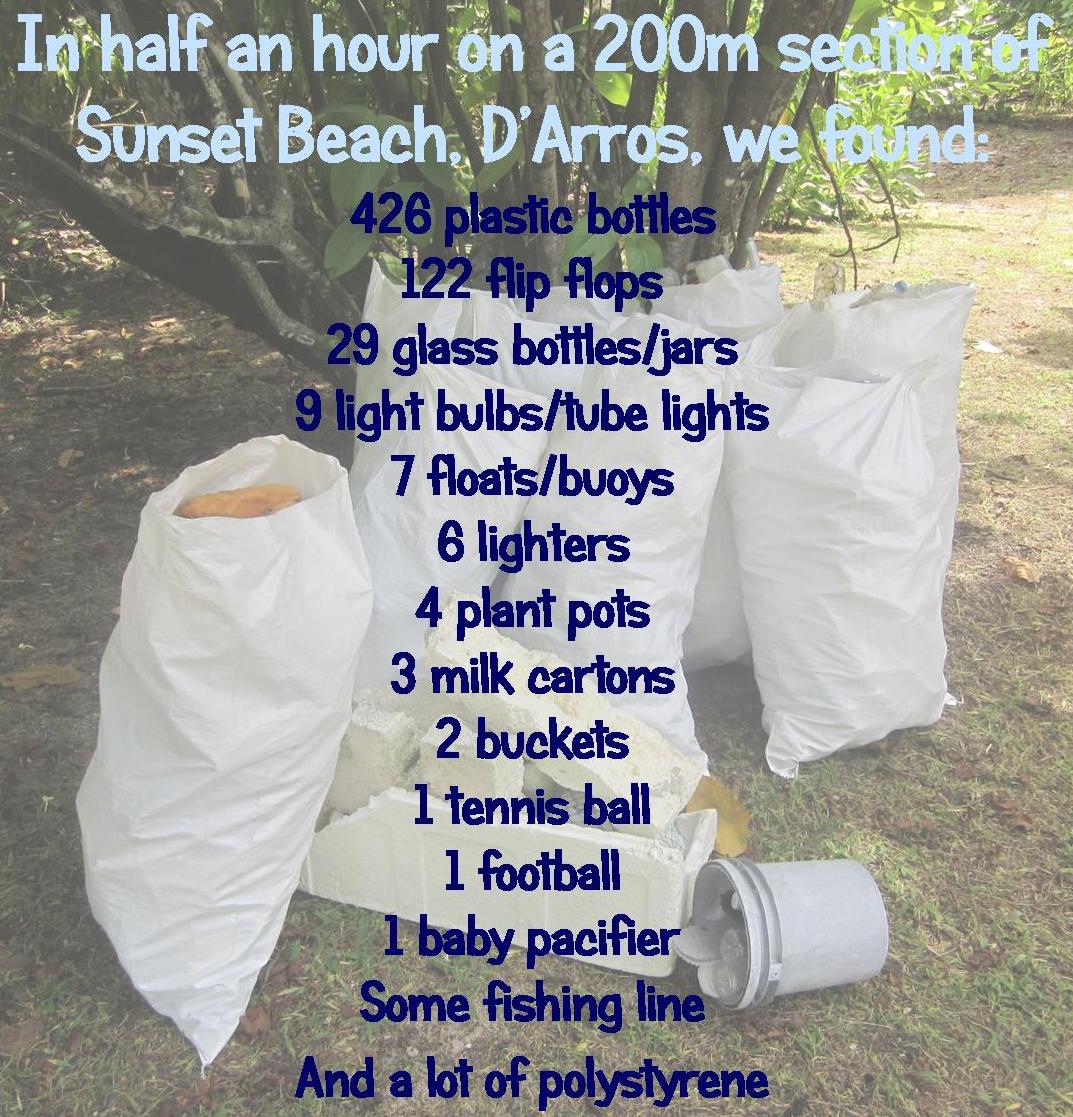 What was found on the beach clean. Photo: Abi March

After sorting out all the rubbish we decided to make a turtle with it because we learnt from scientist Chris that Sunset Beach is an important turtle nesting beach. We made the outline with flip flops. It was fun and we worked as a team with Michael. We filled the inside of the shell with the plastic bottles and when we ran out of bottles we used the polystyrene. We filled its head and flippers with the rest of the polystyrene. We used a ball and a round buoy which had washed up from Malaysia as the eyes.

It was beautiful and we all lay down on the grass around it. But it was also shocking to see how much rubbish had been collected. When we were done we picked up all the rubbish again so the wind wouldn’t blow away. It was then going to be taken back to Mahé and disposed of correctly.”