The second Saturday of the trip came with mixed emotions, it was time to say goodbye to the first group but at the same time welcome the second. We all went down to the ‘airport’ (a shelter next to the grass runway) and cheered as the plane landed. Eight new students had arrived to start their adventure. One of whom describes his first day below…

“Hi my name is Oneal Tambou, I’m 17 years old going on 18 in a few months. I’m currently studying teaching at the university of Seychelles. This Blog is about my arrival at D’Arros island. 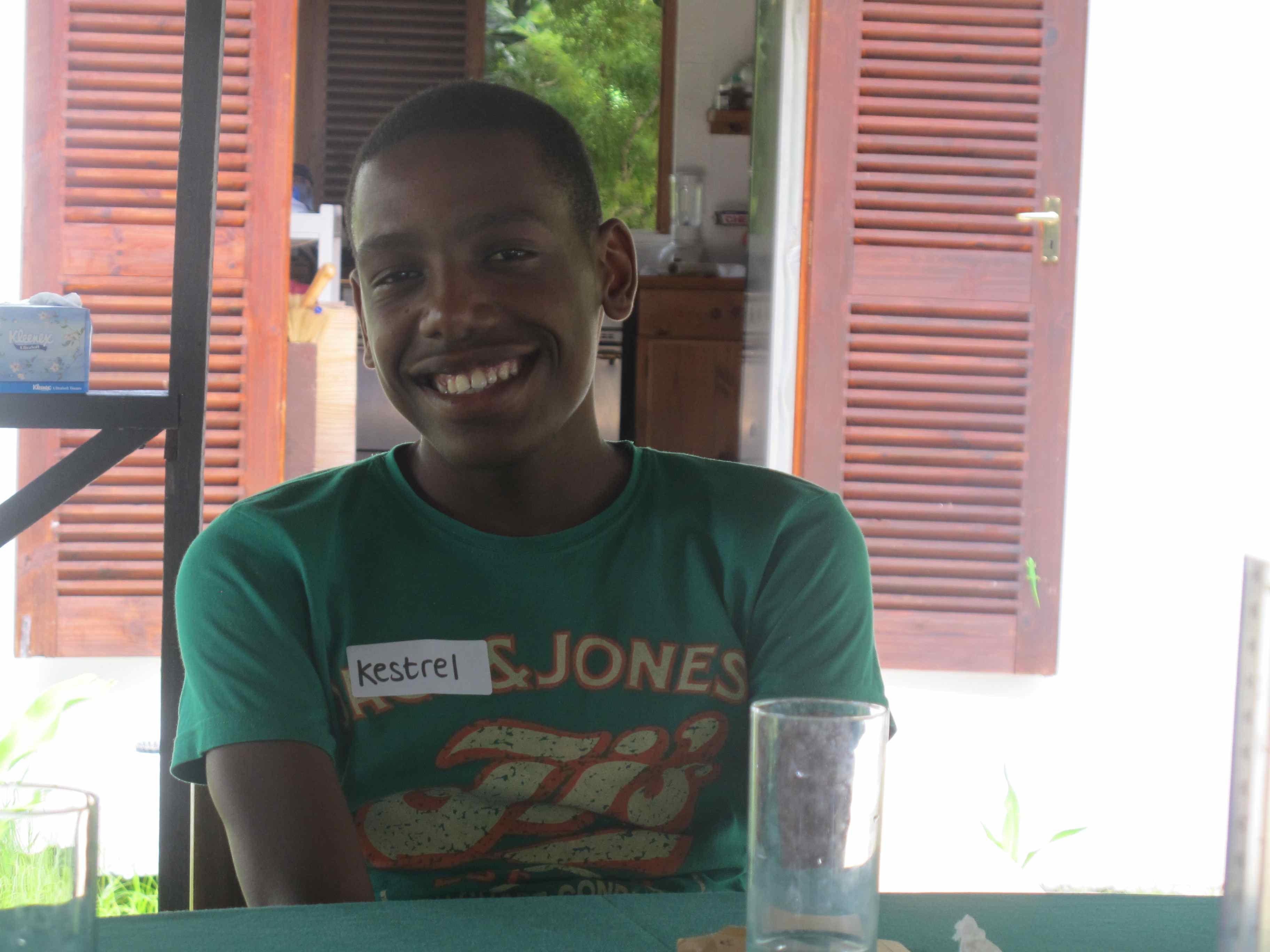 Happy as ever Oneal at D’Arros learning about birds (hence his kestrel name tag!)

My first day started at the airport when we were checking in before boarding the plane to D’Arros island, which is a one hour flight. When all of us were done checking in, we went to the waiting area until it was time to board the plane. I was very excited because it was my first time on an outer island and my first time on a small plane.

We left Mahé at 10 o’clock and arrived at D’Arros at exactly 11 o’clock. It was a nice flight and the weather was nice also. I was very excited and filled with joy. The other group welcomed us with a big smile and were waving at us and quickly rushing to the plane. They were happy but at the same time sad because they were the ones leaving the island!! Then they got on the plane and we waved at them to say goodbye! But our adventure was just starting.

After the plane took off we went to the dry lab and were welcomed by the CEO of Save Our Seas Foundation and other scientists. After introducing our self we went directly to our chalet where we were going to be sleeping for the whole week. I was very excited and curious about how big it was.
We then went back to the dry lab for our first presentation, which went for about an hour and a half. After that we went for a nice snorkel. The water was a light aquatic blue and was so nice which was awesome!!! After our snorkel we went for a nice hot shower and ate our dinner. Then we went back to the dry lab to watch a film about the ocean and how it is in trouble. 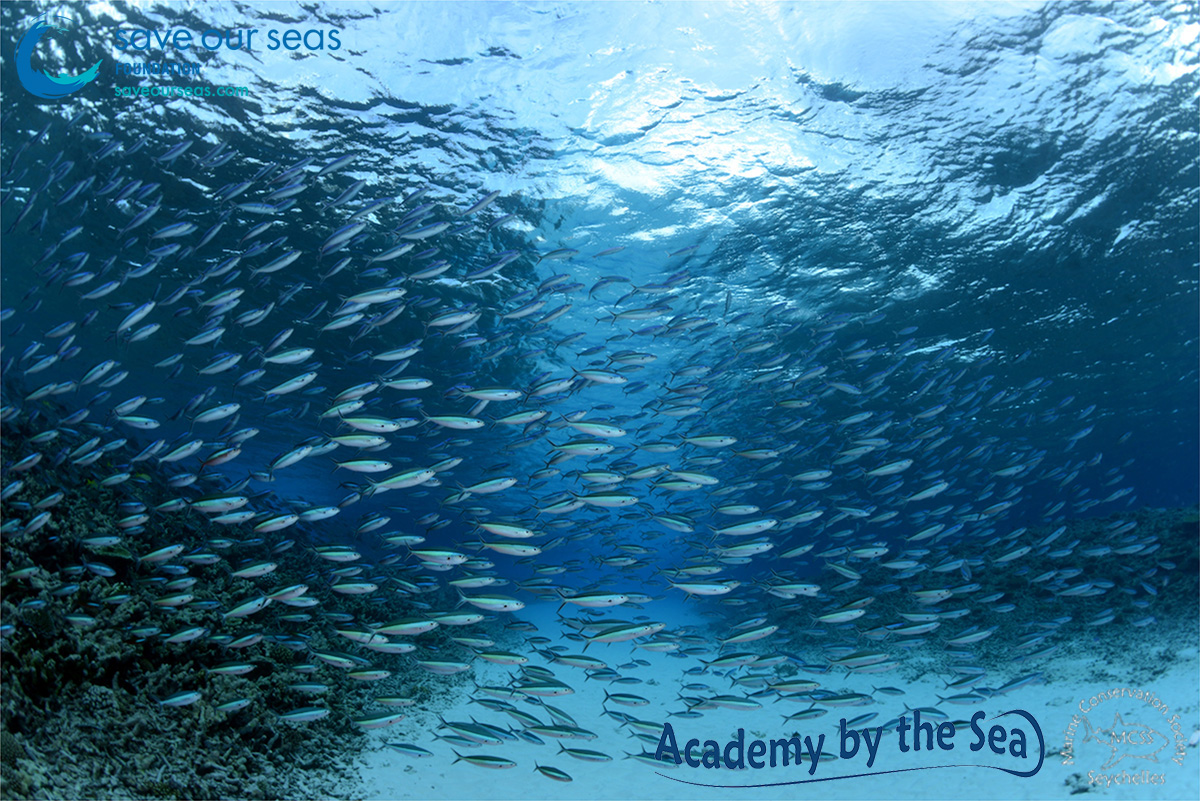 The amazing sight greeting the second group of students as they did their first snorkel on the reef at D’Arros. Photo: SOSF/Michael Scholl

There were eight of us, Dania, Randy, Farima and myself, then I made some awesome new friends Joshua, Calvin, Jaymee and Anna, they were in the junior group of the Academy by the Sea Level 1! We are enthusiastic and always want to learn new things about marine life!!

I would like to say thank you to the Academy by the Sea coordinator Abi March and the Save Our Seas Foundation especially the CEO Michael Scholl, to make our expedition on D’Arros a success.”

The first group had been fantastic and it was hard to wave them off, but the eight new students were enthusiastic and ready to learn and so our adventure continued. Over the next few days we’ll hear from more students in the second group who’ll be sharing their highlights from the trip and the different activities we did.