When all the students first introduced themselves to the scientists and staff at D’Arros, they all stated their favourite marine animal. Scientist Guy Stevens was disappointed that no one said manta rays. Guy is the founder and CEO of Manta Trust and dedicates his work to protecting these beautiful creatures. Not to be out-favoured by sharks, Guy educated the students about mantas and explained why they were important and the threats that they face. 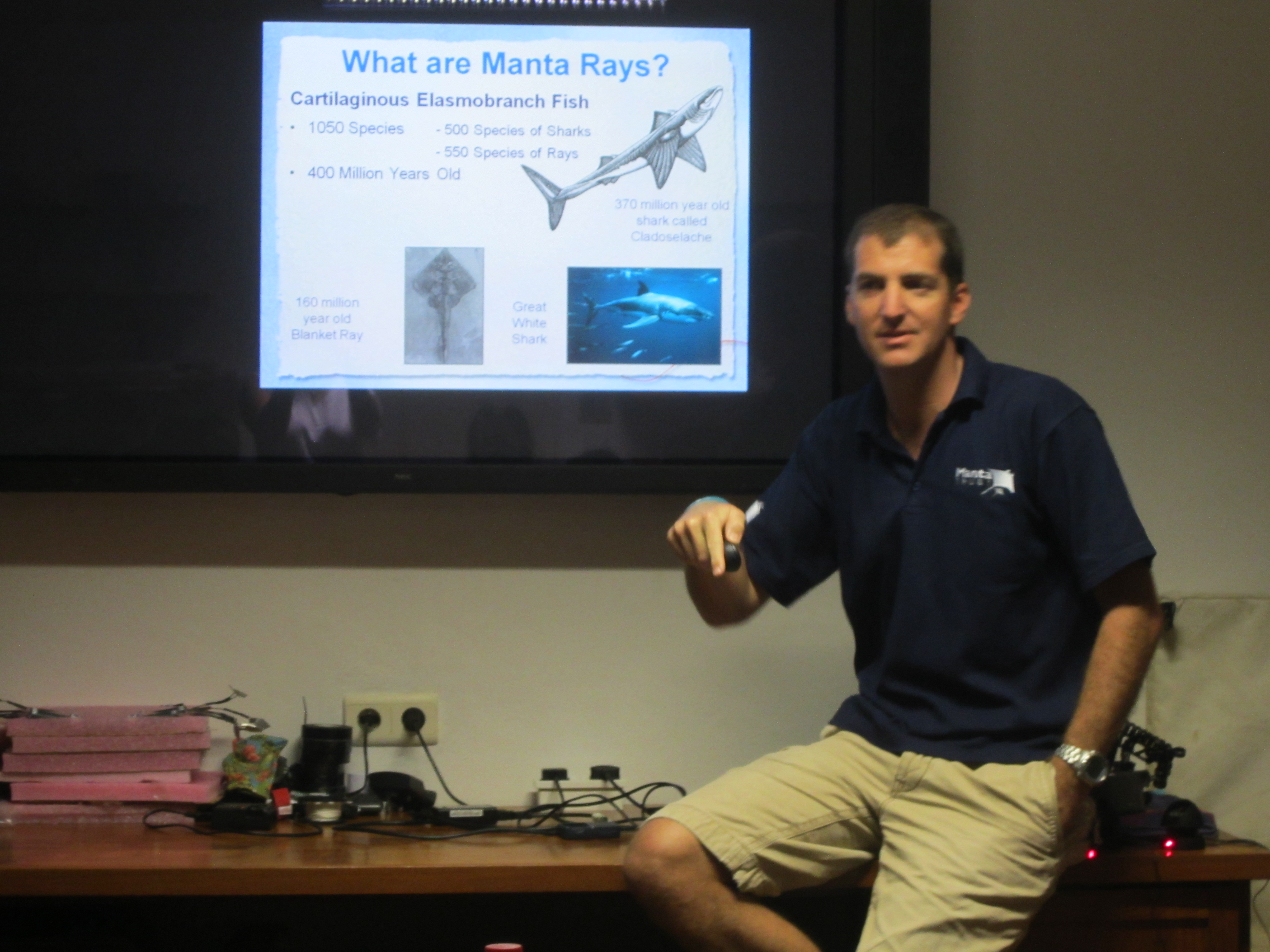 Now there’s definitely more than one convert to the manta ray fan club, though it also helped by having several awesome in-water encounters with them! 13 year old Anna Yang from the Independent School on Mahé is one such convert and here she describes her first ever experience with a manta… Anna with her diary/workbook where she recorded all the daily activities. Photo: Abi March

“We swam with a manta ray in D’Arros. It was amazing. It is one of those moments in life that you will remember to your grave.

Four of us were in the water with the manta ray. It was really curious; it kept swimming in circles around us. Its movements were so graceful, it flapped its wings but mostly it glided in the water. Its movements are something celestial. You cannot really describe or compare it to another because there is nothing that will praise it enough. I came to this island with jellyfish and sharks as my favourite marine animals and left with mantas added to my list. 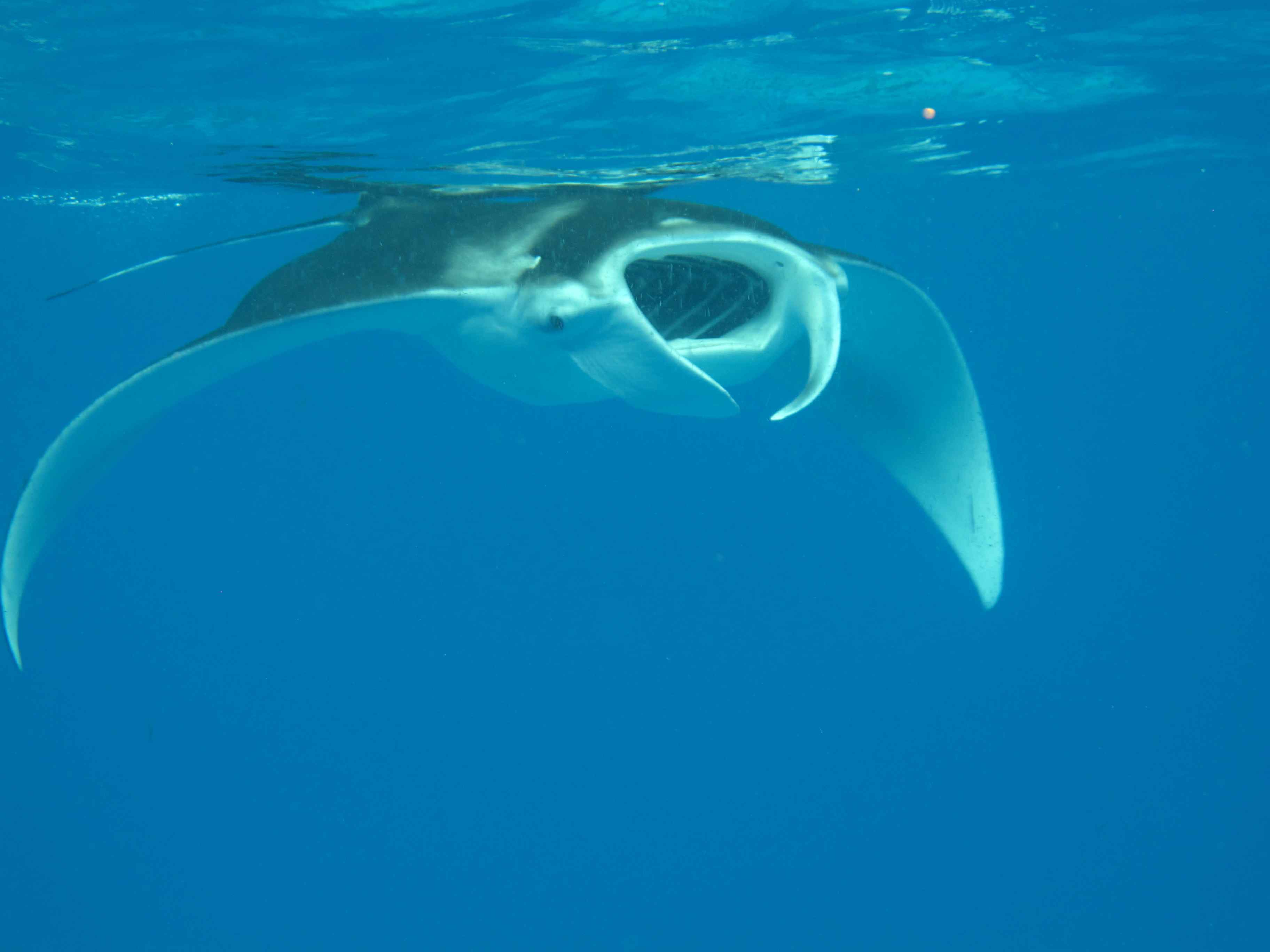 The mantabulous manta the students were lucky to swim with… later named as ‘Frigate’. Photo: Abbie Hine

Manta rays are very large, we saw a baby one feeding and it was 1.5m long excluding its tail which is astounding. It will be about the same height as an average person, if you add the tail it would be about 2m. It is saddening to see these mantas being killed for their gills based on myth that their gills cleanse the blood.”

16 year old Farima Figaro has aspirations to be a marine biologist and is studying Biology, Maths and Chemistry A-levels on Mahé. She was moved by her experience with a manta and wrote a poem to express her feelings… 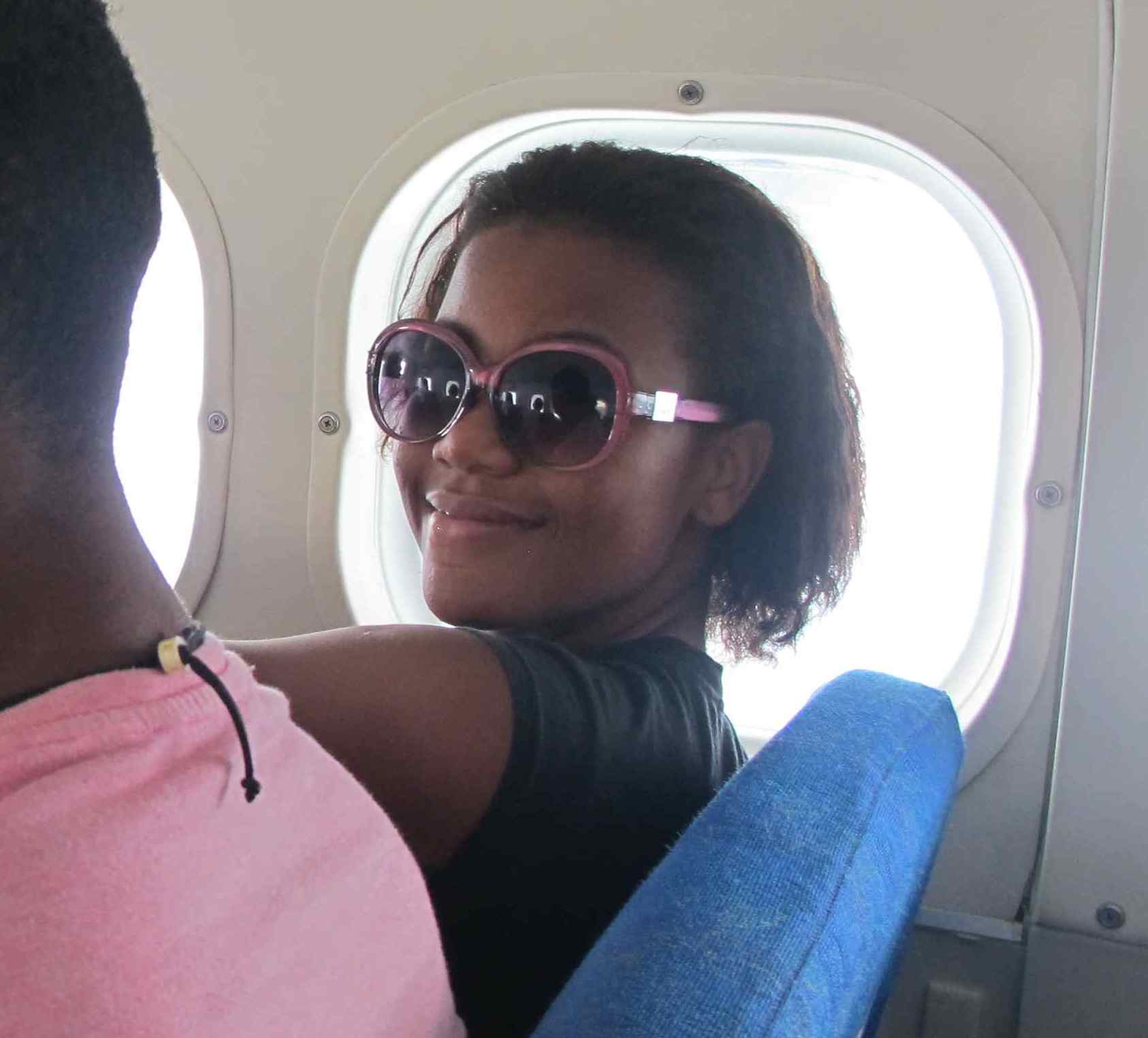 Farima on the plane after her amazing week on D’Arros. Photo: Abi March

"A Manta’s Song
The ocean is my dancefloor,
I dance throughout my life.
I may be big, I may be small,
But I’ve seen it all
A tune that only I can hear,
Dance around, shed no tear.
A rhythm, a beat so sincere,
Strong and faithful I have no fear

Water in my gills,
Allows me to breathe,
To experience and go through life,
To fulfil all my dreams.
The ocean large, filled with plankton,
My dinner plate is served.
A life so beautiful, so fulfilled,
Do I deserve?

I am a manta, graceful in nature,
Swimming, fulfilling my desire.
Breathtaking, amazing structure,
I am a manta, one like no other.
The ocean is my dance floor,
So vast and never ending….
So forever I will remain dancing.”

The Manta Trust has just set up a new project in Seychelles to collect important data on the manta rays which are found in the area. The project, lead by scientist Grace Phillips and funded by Save Our Seas Foundation, will be based at D’Arros. Though the project only started in the last month they have already tagged 3 mantas, one of which was the one Anna and the group encountered.

As with any tagged and identified animal, these mantas all need names; Guy decided to run a competition with the students to come up with the best name for the manta they saw. On the last evening the winner was awarded a ‘Manta Trust’ wristband in a prestigious ceremony (there was a fake drum roll and everything!)… And the winner was… Joshua with ‘Frigate’, named because mantas fly gracefully through the water resembling the many frigate birds we saw on D’Arros. We hope Frigate’s tag stays attached and provides lots of vital data to Grace and the Manta Trust! 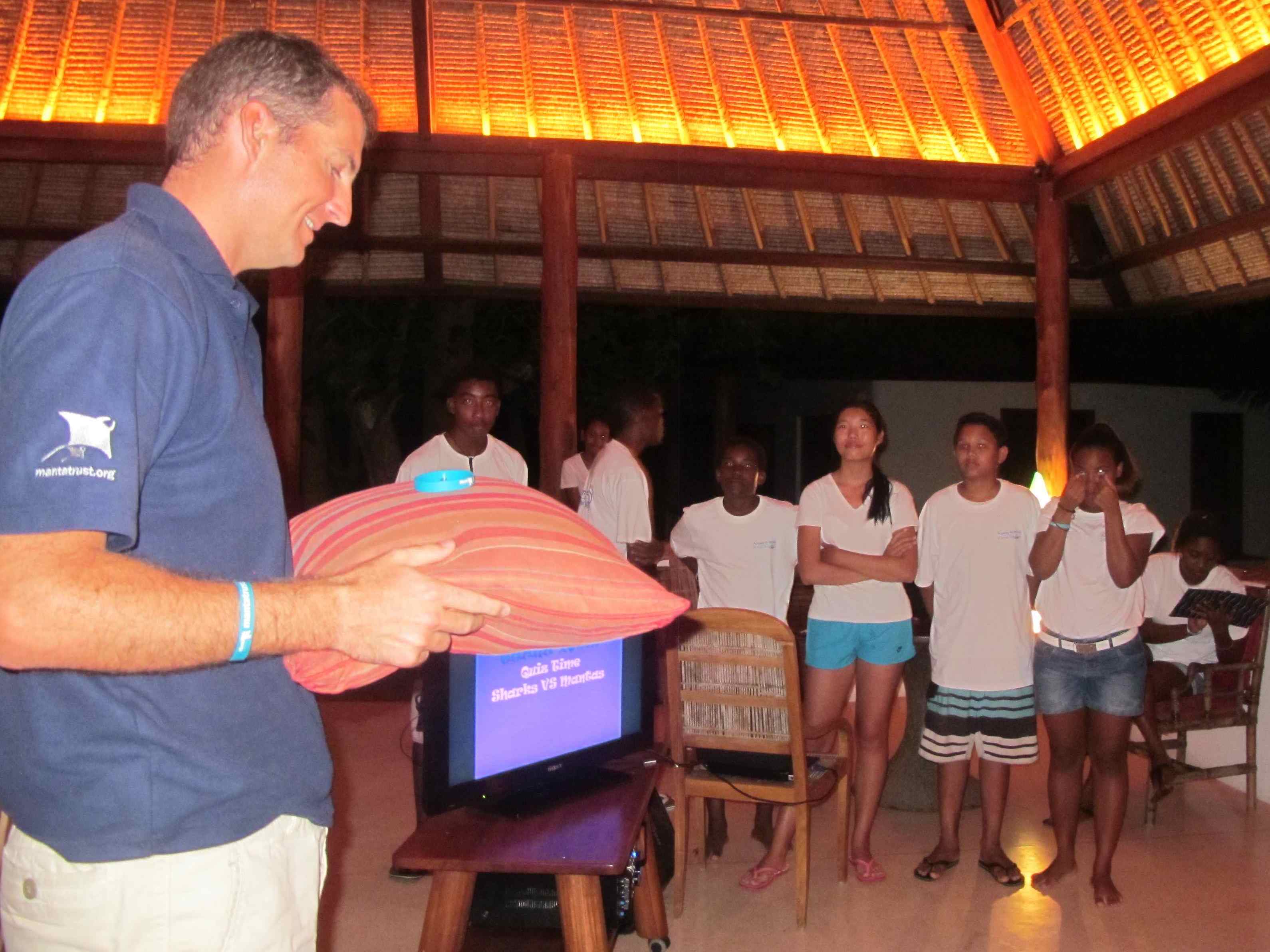 Students wait in anticipation as Guy prepare to award the wristband to the winning name!