Sometimes the best way to endure the routine of a biologist is to escape from it. I like to visit the port whenever I have a free day during the week. If I know that this is going to happen in advance, I try to get the permits to go onboard with some friends who are professional fishers. Lately, I have not had as many free days as before, but nonetheless, I try to escape the routine at least once a month and get in contact with the sea again. The biologist work has more office days than I dreamed as a child, and I am trying to change that. Normally these onboard getaways involve me, a camera and a metric ruler. I try to get as much data as I can from my observations. If animals are of no commercial interest we try to get them back into the water alive as soon as possible and when this is not possible, I bring them back to the University to obtain as much information as possible on the individuals.

My motto: they shall not die in vain. 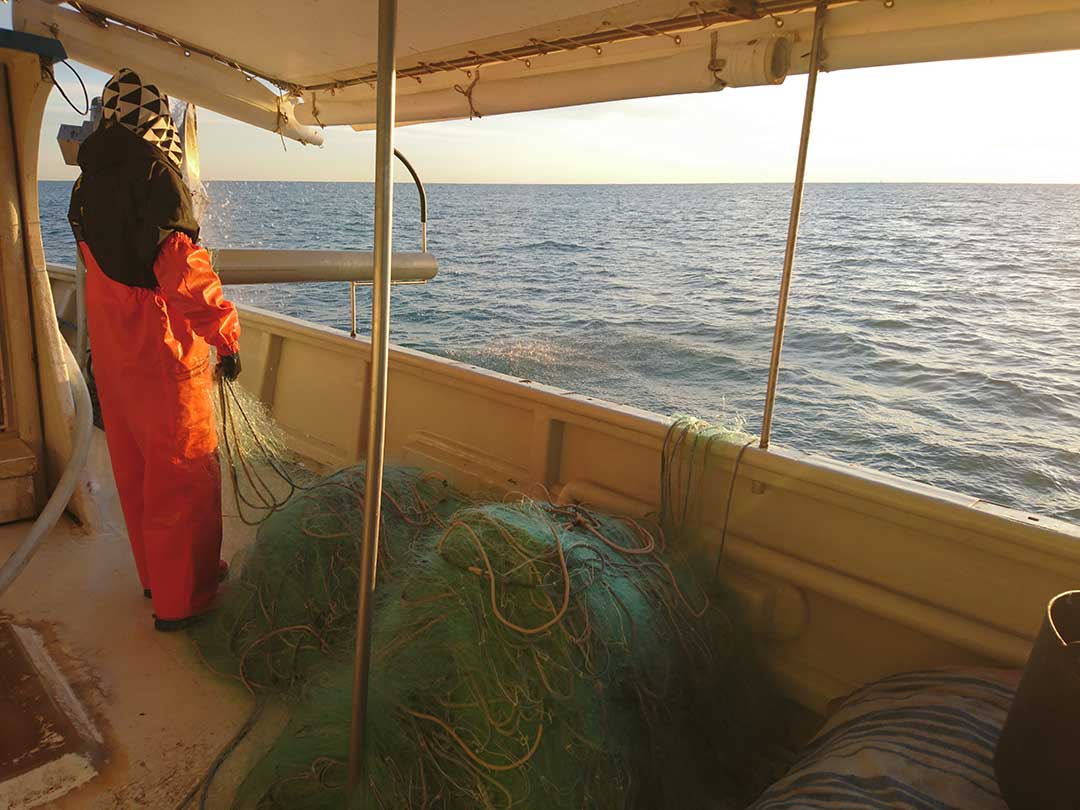 Fishermen hauling a trammel net from the water near Valencia (Spain). The fishermen’s profession is a very tough one, working long hours at mercy of the sea conditions. Photo © Associació LAMNA

The most common fishing gear I get onboard is trammel nets. They are a series of three distinct panels of nets all tied together. The two external panels have a bigger hole diameter than the inner panel, to facilitate the entanglement of marine species. If you have eaten cuttlefish, common sole (or other sole species), surmullet, red mullet or any other coastal species, you have actively funded this fishery. Depending on what you want to fish, some details will change, but the most common practice with this type of net is to throw them into the water during the evening/night and haul them by the break of dawn. Usually, between 2500 to 4500 meters of trammel net go into the water from each boat. 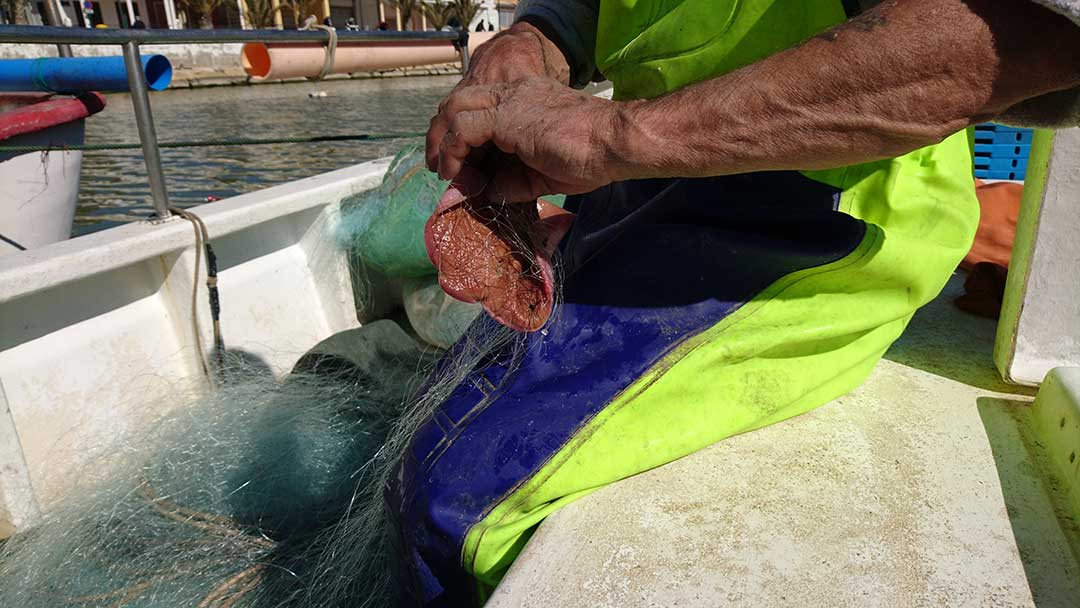 A fisherman disentangling a marbled torpedo ray (Torpedo marmorata) from a trammel net, near Valencia (Spain). Although not being of economic value, nets make no distinctions when catching prey underwater.  Photo credit: Associació LAMNA

I would like to give you an idea of the impact these fisheries have in our environment. Officially, there are 99 boats registered as using trammel nets in the Gulf of València, a coast extension of 109 km. 99 boats putting an average 3 km of nets in the water from Monday to Friday, means 297 km of nets each working day. With these numbers, the only amazing thing is that there is still life in the water. 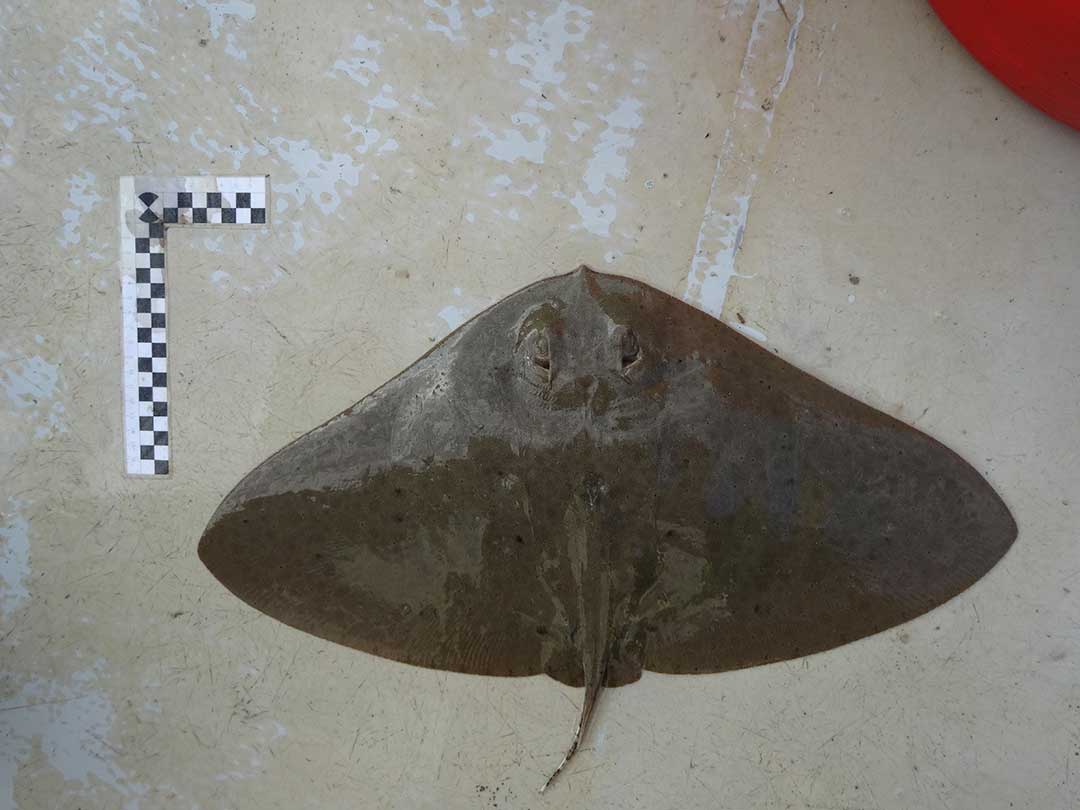 A juvenile female spiny butterfly ray (Gymnura altavela), captured on a trammel net near the coast of Valencia (Spain). Sadly, most individuals do not survive after the entanglement and being left in the net, for fishermen attend other catches in the net first for its economic value, this individual was released back at sea. Photo credit: Associació LAMNA 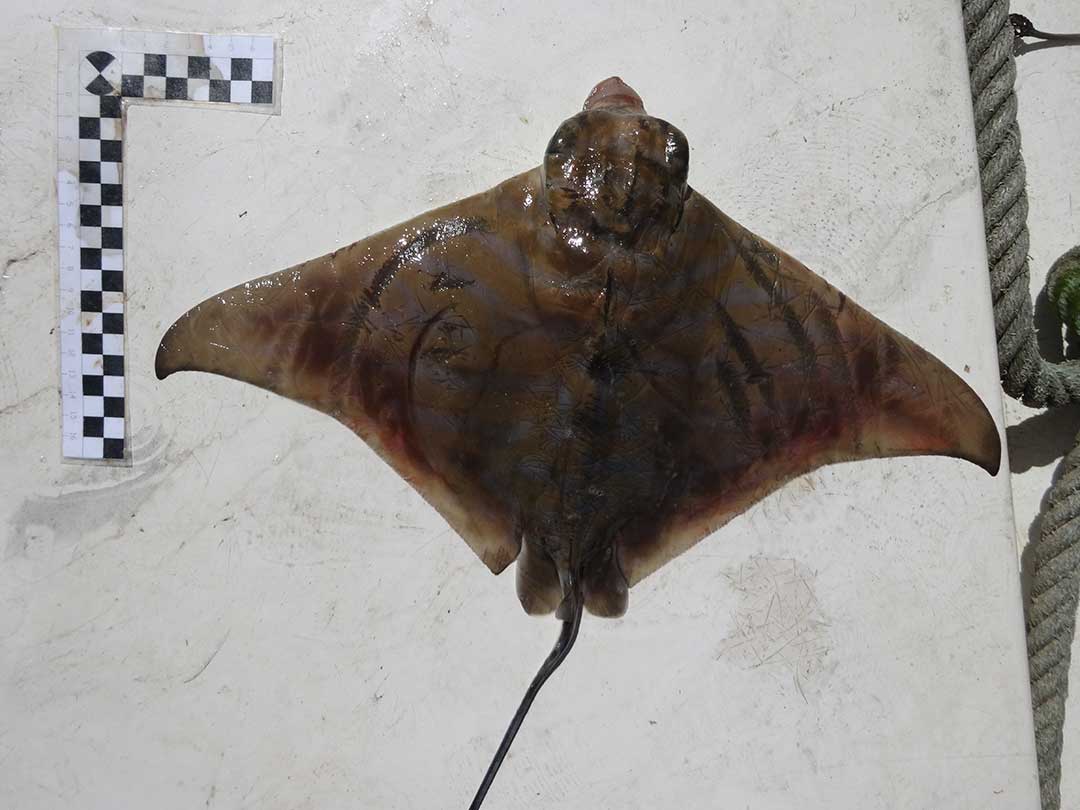 A juvenile female bull ray (Aetomylaeus bovinus), captured on a trammel net near the coast of Valencia (Spain). The IUCN categorizes Bull rays  in the Mediterranean as Critically Endangered, but that doesn’t stop them from being entangled in the nets. Photo credit: Associació LAMNA

It is difficult to have a real, detailed idea of how many batoids (skates and rays) get entangled in those nets. We are trying to publish a scientific article with our estimation of the total number for our region. Meanwhile, just an image and a number to remember. 103 batoids in one net.

Let it sink in.

One net. One boat. One day.

Please do not blame the fishermen. The ones I know take the protection of our seas to further extents than most activists I have known. Blame regulators, policymakers, the food industry and politicians. Blame the lack of environmental education that is pushing ourselves step by step towards the road of extinction. 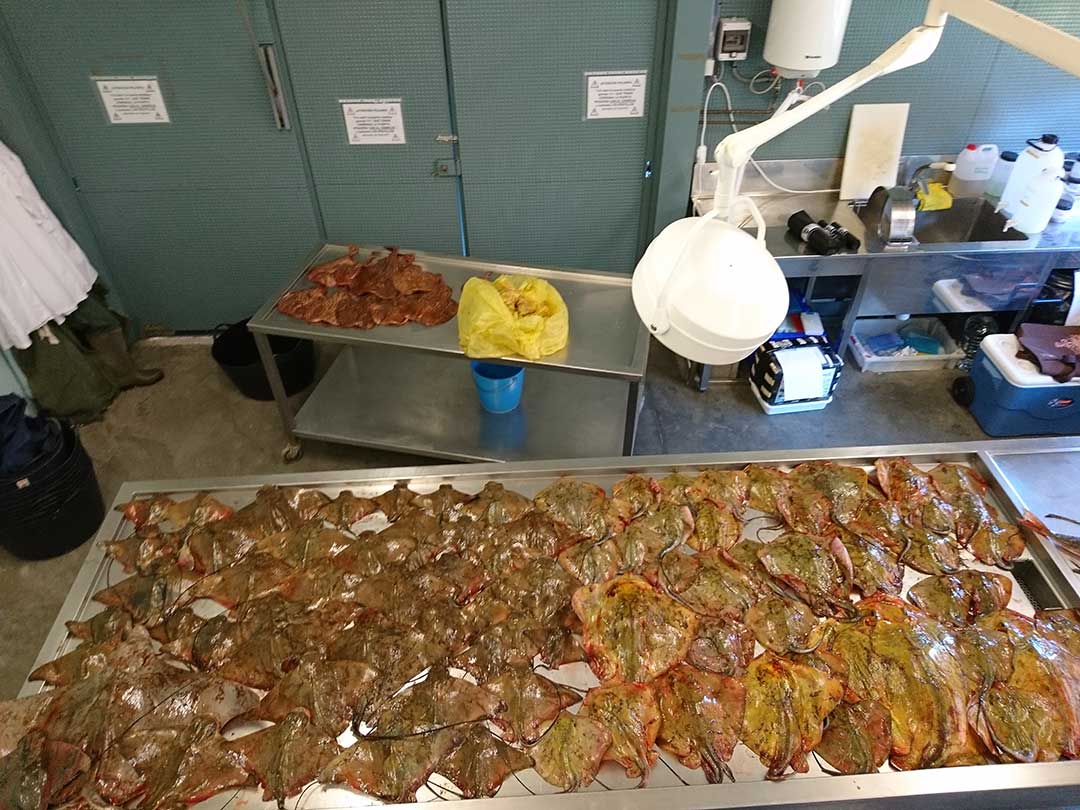 The individuals taken for studies at the university. 42 Myliobatis aquila on the bottom left, 50 Dasyatis pastinaca on the bottom right, one Torpedo torpedo and seven Torpedo marmorata on the small desk at the top of the picture. Photo credit: Associació LAMNA