Notes from Nosy Mitseo, Madagascar: the legacy of the demand for shark fin

Recently, two colleagues have photographed and filmed shark fishing across the traditional, artisanal and industrial fishing sectors along much of Madagascar’s western coastline. Here they share some photos and notes from an artisanal boat targeting sharks around the remote Nosy Mitseo archipelago, north Madagascar.

Dr. Garth Cripps writes:
“The photos show catch from the two nets the shark fishermen used: the first was a ZDZD or GTZ, a nylon monofilament gillnet that they targeted small sharks and guitarfish with; the second was a bemaso, a bottom set gillnet made of nylon cord and of a large mesh size, which they used to target large sharks.

The fishermen placed the GTZ overnight in a channel that led from deep water to an extensive, shallower reef system fringing the isles. With the changing of the tides, the current through this channel was extremely strong and it was a logical passage that predators would have to take to reach the reefs at night. One haul of the net brought in about ten small or juveniles sharks, three guitarfish and at least fifteen rays, along with a handful of fish. 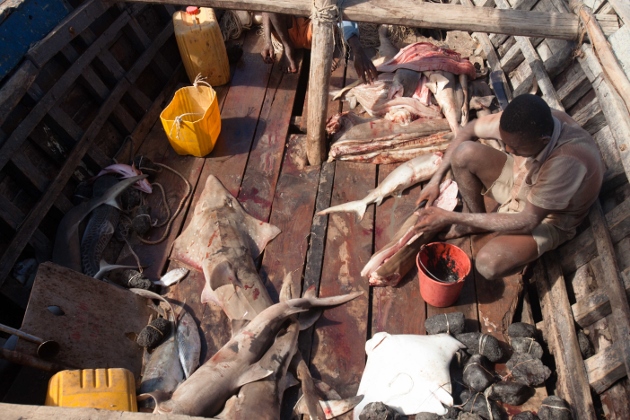 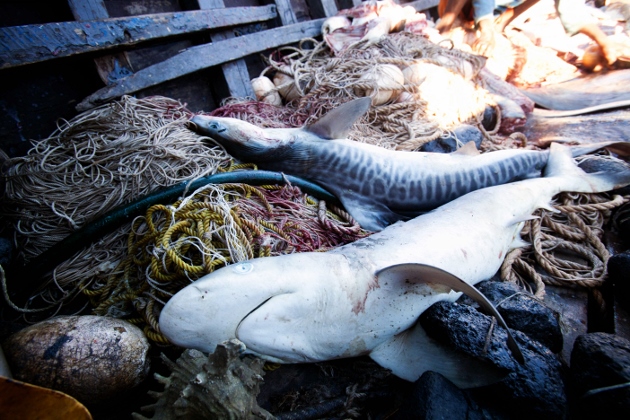 The fishermen placed the bemaso net in deeper water, but still close to offshore reefs. They had located these using an old French bathymetric chart from the early 1900’s, brass calipers, a pencil and a cheap yellow GPS. We were in the water filming when they pulled this net in. Trying not to get swept away by the current or tangled in the net – and the fact that the crew butchered the catch as soon as they’d pulled in the net – all meant that I lost count of what was caught. But there were a number of mantas, a green turtle and a lemon shark (whose fins had no value and would be kept only for its meat). 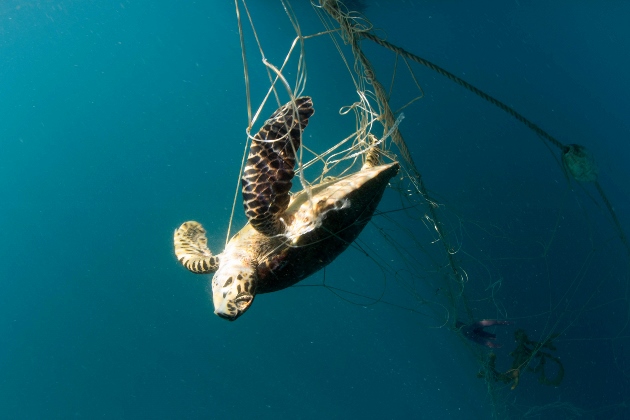 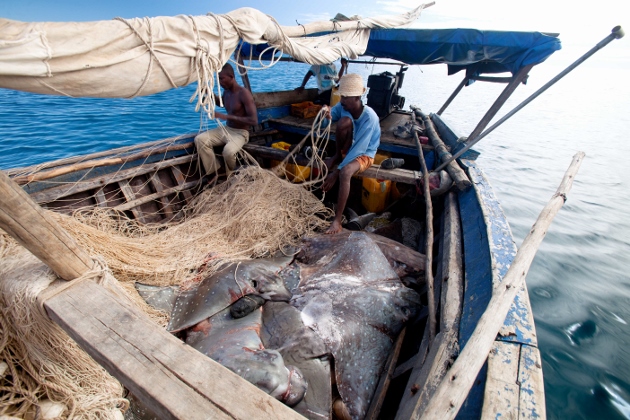 The fishermen butchered the catches on the boat, and were going to salt and dry the fins and meat for sale back on the mainland.

These fishermen were there to catch sharks and had spent the last twenty years fishing most of the length of Madagascar’s west coast between Morondava and Antsiranana (Diego-Suarez). But all agreed that the catches of adult sharks and guitarfish had dropped over the last few years; during our time with them they caught no adult sharks with fins of value.

The price of shark fins in Madagascar has also more than halved since 2011. How do these artisanal fishers keep going? The crew earn no wages, just rice everyday and a share of the eventual profits. So the only expenses the boss has are rice and diesel for the tef tef motor. He is able to cover these by selling the ray meat. He has invested significant capital in the boat and cannot stop fishing. Together, these factors have two perverse effects: the length of nets has increased dramatically (labour to pull them in costs essentially nothing); and the boss has nothing to loose by leaving out the nets for longer periods – two nights, sometimes three or even four (diesel is an expense but the longer the net is in the water, the more it catches, and shark and particularly guitarfish fins seem to keep long enough in the water to allow this). Most of the fish in these nets were rotting and disintegrating off the nets as they were pulled in. 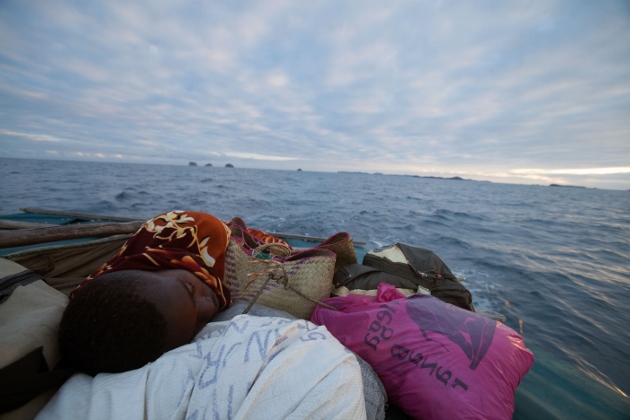 The ghostly shape of yet another struggling ray being pulled up from the depths – to be sold in local markets for a fraction of the cost of chicken or beef – was a bleak legacy of the Asian demand for shark fins in Madagascar. The marker buoys of the shark nets were made from old palm oil drums imported from Indonesia. Even in remote Madagascar, the survival of marine creatures is pitted against global markets and fishermen’s daily struggle to earn a living.” 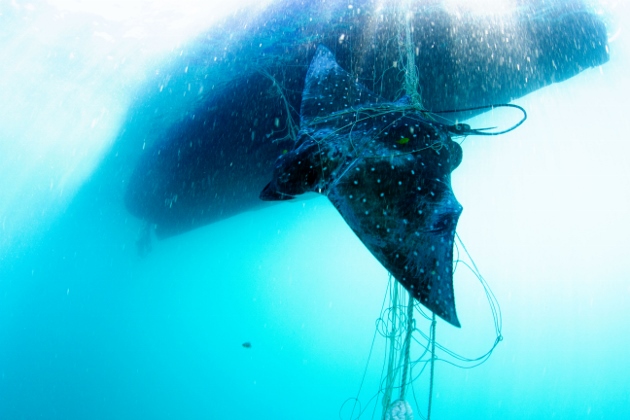 A ray being pulled up, to be sold in local markets for meat ©Garth Cripps

A recent study by Robinson and Sauer (2013) has highlighted unsustainable levels of shark fishing in the artisanal shark fishery in northern Madagascar.